The Biden administration has urged Congress to pass legislation strengthening research and development and manufacturing for supply chains to address global semiconductor shortages.

Intel plans to build two state-of-the-art factories by 2025, designed for what the company calls the “Angstrom era” — with materials processed on the atomic level — and with support for Intel’s most advanced process technologies, resulting in an increased American share of the global semiconductor supply chain. 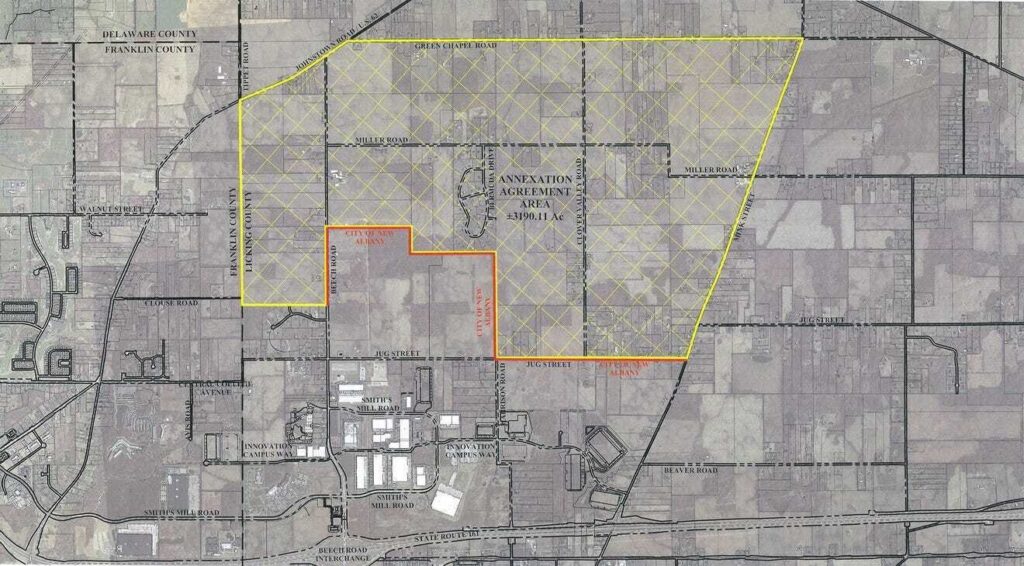 The megaproject, which will be the largest single private sector company investment in Ohio’s history, will generate more than 20,000 jobs in the state, including 3,000 direct Intel jobs earning an average of $135,000 per year (plus benefits), 7,000 construction jobs over the course of the build, and tens of thousands of additional indirect and support jobs including contracted positions, electricians, engineers, and jobs in restaurants, healthcare, housing, entertainment and more. The project is expected to add $2.8 billion to Ohio’s annual gross state product.

“Intel’s new facilities will be transformative for our state, creating thousands of good-paying jobs in Ohio manufacturing strategically vital semiconductors, often called ‘chips.’ Advanced manufacturing, research and development, and talent are part of Ohio’s DNA, and we are proud that chips — which power the future — will be made in Ohio, by Ohioans.” — Governor Mike DeWine.

Boosting chip production in the U.S. is critical to national security and industrial competitiveness. Intel’s technology, built in America, is essential to key Ohio sectors, including automotive, advanced mobility, aerospace and aviation, consumer goods, data centers, defense, healthcare, and technology — these industry segments are crucial to state and regional economies. And demand is increasing — global computer chip manufacturing capacity is expected to grow by 56% over the current install base by 2030.

The initial manufacturing facilities (known in the industry as FABs or foundries) will be located on a 926-acre site in Licking County. But the impact will be statewide. More than 140 existing Ohio businesses across the state are already Intel suppliers, and the project is expected to bring additional new businesses to Ohio to support the supply chain. The success of these companies will create new jobs, fuel growth in other key Ohio industry sectors, and position Ohio at the center of America’s industrial innovation.