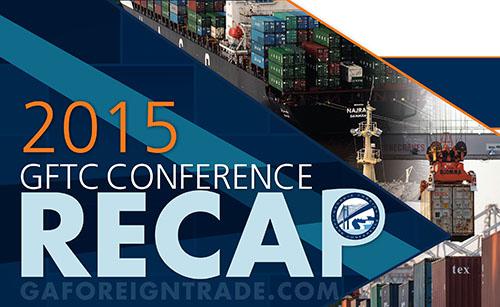 The 47th Annual Georgia Foreign Trade Conference (GFTC) was held in Sea Island, Georgia on February 1-3, 2015. Master of ceremony, Cliff Pyron, CCO for Georgia Ports Authority (GPA), opened this year’s conference. The conference opened with keynote addresses which included insight from federal and state leaders. Georgia Governor Nathan Deal was proud to announce over $1 billion has been invested for transportation and infrastructure by the State of Georgia in preparation for the future Panama Canal project. According to Governor Deal, GPA, the State of Georgia and U.S. Army Corps of Engineers have partnered together in the Savannah Harbor Expansion Project (SHEP.) The state has allocated $266 million in bond money to proceed with the project. Georgia leaders were excited at the passage of federal legislation and the signing of a cost-sharing agreement with the Corps of Engineers – the final hurdles before construction could begin. Deal said, “We’ve dotted all the i’s and crossed all the t’s pertaining to the $706 million Savannah Harbor deepening project.”

Deal said, “Georgia is creating an atmosphere using policies and laws in a focused effort to attract manufacturers to the state. The removal of the energy tax has been very enticing for manufacturers. The most recent announcement of automotive giant Mercedes Benz selecting Georgia to relocate its headquarters is proof that economic development is a priority in Georgia. Mercedes Benz is a symbol of excellence around the world.”

First District U.S. Congressman Earl L. “Buddy” Carter offered thanks and much appreciation to his predecessor, Jack Kingston, for his leadership and unrelenting efforts in making SHEP a reality. Kingston was honored later that day by GPA Chairman James Walters in a formal presentation for his efforts.

Brigadier General C. David Turner, Commander of the South Atlantic Division, U.S. Army Corps of Engineers, also offered his appreciation for the many years of Kingston’s passion and effort for the SHEP project. Turner also said, “Deepening and expansion of the port will provide benefits for the entire nation, one of which will be reducing transportation cost for businesses.”

One of the highlights of this year’s conference was featured keynote speaker, Jorge L. Quijano, CEO, Panama Canal Authority. He presented a behind-the-scenes look at the project from start-to-date and exciting news of the project being fully-operational by April 2016. Quijano said, “GPA has been a tremendous partner and asset to the Panama Canal Authority and they are looking forward to a continued growth of this partnership.” Trade and commerce is shifting to eastern ports and Quijano is glad to see U.S. projects under way. “The U.S. Economy is starting to push the world growth once again,” said Quijano.

GPA Executive Director Curtis Foltz said, “Infrastructure is the key to growth of ports, and I encourage all eastern ports to build as quickly as possible.” The Port of Savannah is home to the largest single container terminal in North America. And, with two railroads on site, two interstate highways nearby, and more than three million square-feet of warehouses and distribution centers within 30 miles, the Port of Savannah is crucial to commerce in America’s Southeast. In fact, it’s the second-busiest U.S. shipping container exporter.

“On the container side, we are projecting three times the amount of container traffic entering the ports after completion of the Panama Canal,” Foltz said. The port’s model and strategic vision are cornerstones in economic development and support new job creation and other business opportunities throughout the U.S. Southeast. 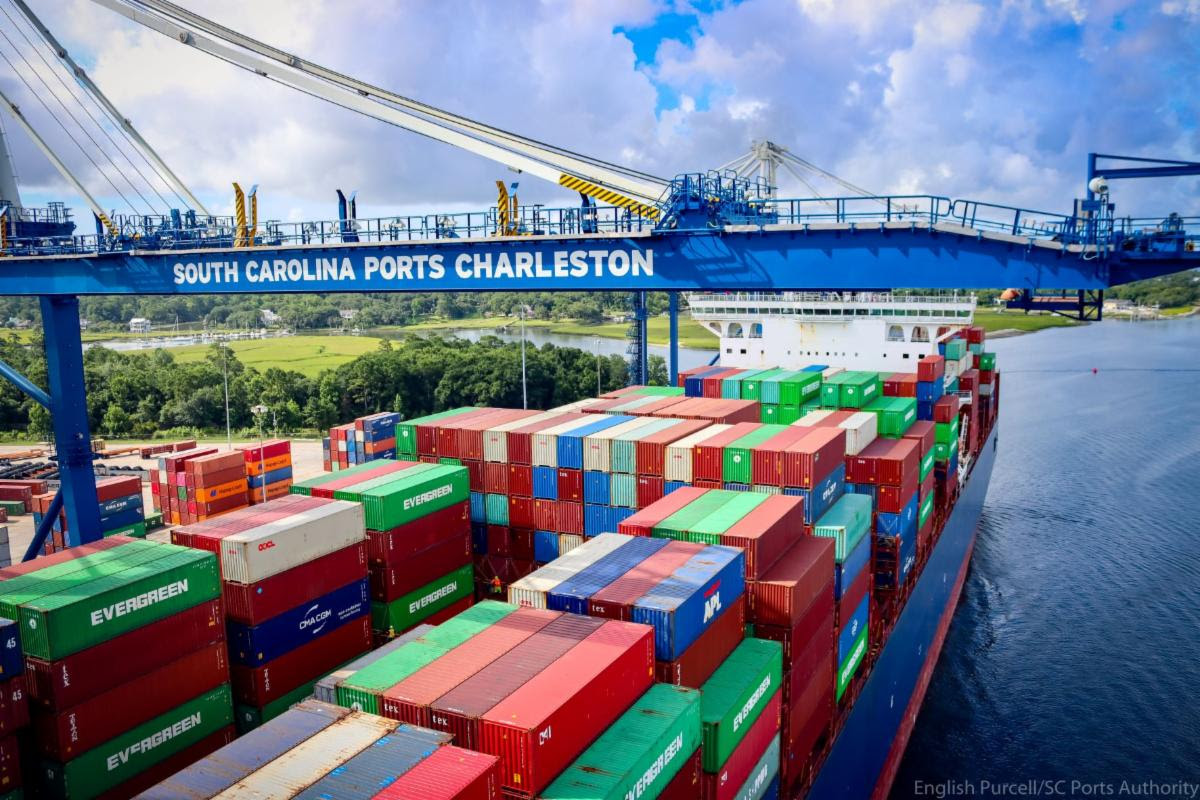 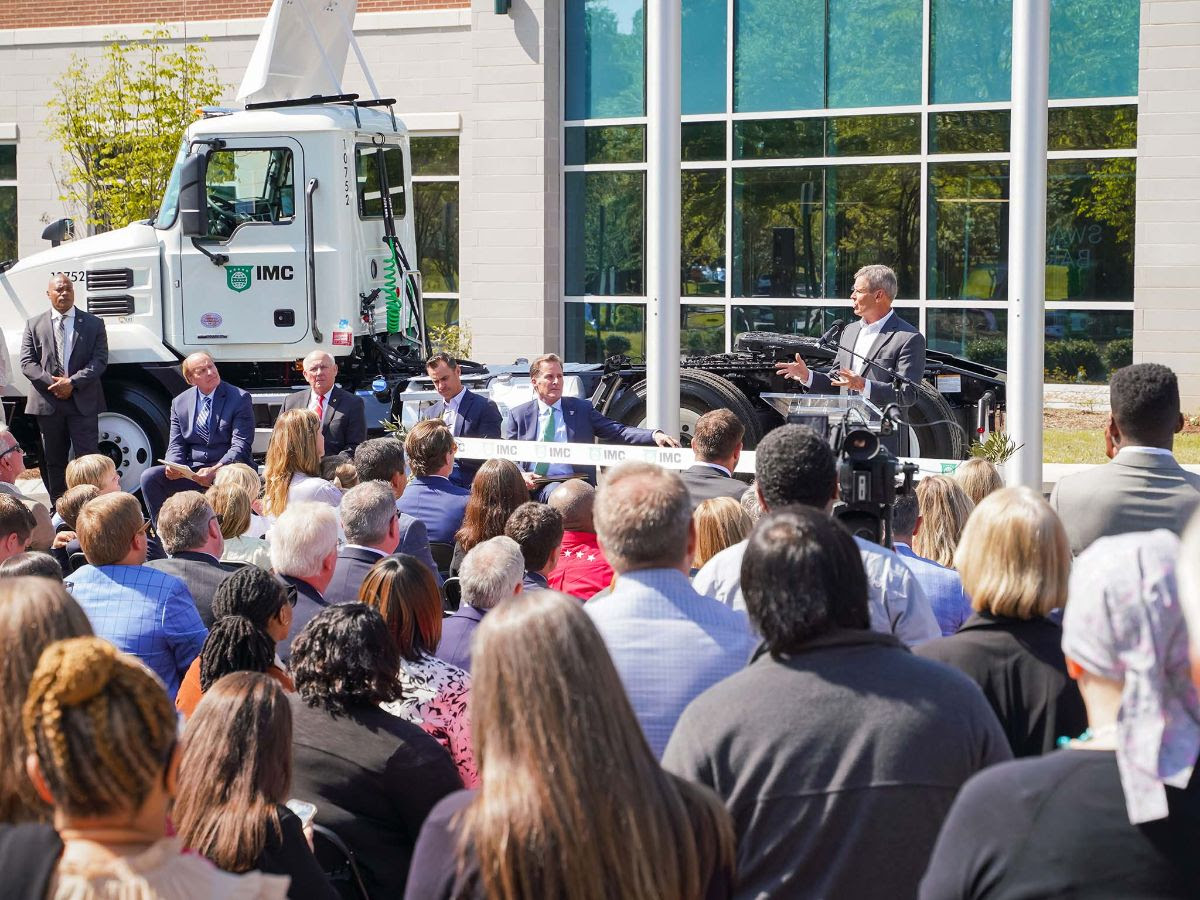