Like industrial fraternal twins, the aerospace/defense industries are related, yet, as the name suggests, serve two separate and distinct markets − aerospace, which largely comprises the production, sale, and service of commercial aircraft, and defense, which supplies the nation with the military land, sea and air systems critical for its well being.

Falling in the narrow crack between the two are the space vehicles, mainly satellites and drones, utilized for both military and commercial use.

A&D is the leading net exporting industry in the U.S., generating a net trade surplus of $86 billion in 2017, according to the Virginia-based Aerospace Industries Association.

The previous year, the trade group reported, the industry generated some $872 billion in sales revenue, and shipped a record $146 billion worth of exports, up 52 percent over the preceding five years. In all, A&D currently accounts for 10 percent of total U.S. exports in goods, making it the nation’s second-largest exporting industry.

Globally, in 2018, the aerospace and defense industry, valued at $5 trillion, recuperated and experienced a solid year as passenger travel demand strengthened and global military expenditure continued to rise, says the global consultancy, Deloitte.

“The industry is expected to continue its growth trajectory through 2019, led by growing commercial aircraft production and strong defense spending,” according to the company’s 2019 Global Aerospace and Defense Industry Outlook.

The commercial aircraft order backlog, the report states, “is at its peak of more than 14,000—with about 38,000 aircraft expected to be produced globally over the next 20 years. Geopolitical tensions are continuing to intensify and demand for military equipment is on the uptick, driving defense spending across the globe.”

Despite anticipated changes in the international trade agreements likely to disrupt the global supply chain and increase costs, the report forecasts that the global commercial aviation industry is poised to accommodate unprecedented growth in the coming decades, thanks to soaring travel demand driven by key megatrends: increasing globalization, rising gross domestic product, liberalization of air transport, and urbanization.

In parallel, it said, “The industry is committed in the next two decades to reaching ambitious targets for boosting fuel efficiency and reducing aircraft weight, as well as reducing emissions of carbon dioxide, mono-nitrogen oxides, and noise levels.”

In September 2015, Europe-based aircraft manufacturer, Airbus, opened the doors at an assembly plant a few miles outside of Mobile, Alabama. The $600 million, 53-acre facility finalizes the assembly of A320 and A321 commercial passenger jetliners with front and rear fuselage sections, as well as vertical stabilizers, shipped from France and Germany, and wings and horizontal stabilizers carted across the Atlantic from Spain and the UK.

Business has been good with the company forecasting a demand for as many as 4,700 aircraft similar to the A320 needed in the U.S. market alone over the next 20 years.

In November 2018, Airbus began construction of new facilities adjacent to the existing Mobile facility to accommodate A320 expansion and new A220 production, which dovetails from a partnership between Toulouse, France-based Airbus and Canada’s Bombardier, which developed the plan as the C Series passenger jet.

In January, Delta Air Lines ordered 15 additional A220 aircraft, bringing to 90 the total number of the new generation, highly fuel-efficient jetliners the world’s second-largest airline has on order. The additional orders are the airlines first for the -300 model. Delta also converted earlier A220 orders to the larger -300, bringing to 50 the number of A220-300s on order with Airbus.

According to one industry analyst, “With an order book of more than 500 aircraft to date, the A220 has all the credentials to win the lion’s share of the 100- to 150-seat aircraft market estimated to represent at least 7,000 aircraft over the next 20 years.”

Airbus, a consortium of European manufacturers, is a long-time, sometimes bitter, competitor of Washington state-based Boeing, which had maintained a firm grip on the U.S. commercial aircraft market for decades.

A couple of years ago, Boeing expanded its footprint, opening a production facility in South Carolina. After delivering an all-time-high 145 Dreamliner jets last year, the company’s 787 assembly plants in the North Charleston and the Seattle areas are expected to repeat their record-setting performance in 2019. That’s largely because of the production increase from 12 to 14 jets per month.

With more Dreamliners rolling out of the factory, Boeing is expected to deliver 164 of the wide-body jets this year. That’s four shy of the 14-per-month rate, but “it is one thing to assemble the aircraft at 14 per month and another matter when delivering the product at that rate,” he said. Boeing South Carolina alone will deliver a total of 85 787-class planes, while the Washington State plant will deliver 79 of the aircraft.

The company made headlines in January 2019 when it flew a drone-like, autonomous passenger air vehicle (PAV) for the first time at a facility in Manassas, Virginia. The electrically powered, 30-foot-long and 28-foot-wide prototype lifted off and landed in vertical fashion with forward-flight to be tested in future flights.

“In one year, we have progressed from a conceptual design to a flying prototype,” Boeing Chief Technology Officer Greg Hyslop said.

Boeing’s urban air mobility unit, Boeing NeXt, worked with a subsidiary, Manassas-based Aurora Flight Sciences, which Boeing acquired last year, to develop the prototype. Aurora is currently developing a flying taxi with transportation services provider Uber Technologies, which said it is working with Dallas-Fort Worth and Los Angeles as part of its plan to deploy air taxis commercially in both cities by 2023.

In addition to the PAV, the Boeing NeXt portfolio includes an unmanned fully electric cargo air vehicle (CAV) designed to transport up to 500 pounds, as well as “other urban, regional and global mobility platforms,” the company says. The CAV completed its first indoor flight last year and will transition to outdoor flight testing later this year.

The ‘Space’ in Aerospace

Once thought to be nothing more than a stage for science fiction epics, space is becoming an important part of the overall defense industry ecosystem as growing global tensions could pose a threat to space assets such as satellites, which are often relied upon for military operations including surveillance, communications, and missile targeting.

Because it has become important to shield these assets, a growing number of analysts say this may well lead to the militarization of space. The U.S., China, and Russia have already begun establishing dominance in space, with other countries, such as North Korea and India, gradually following them. As a result, plans are underway to create a U.S. Space Force, either as a part of the U.S. Air Force or as an entirely new branch of the military.

According to the U.S. Department of Defense (DOD), the cost of setting up such a Space Force would likely reach at least $2.7 billion at most over the next five years, according to some analysts, well below the U.S. Air Force’s $13 billion prediction with a growing number of companies contracting to provide various services to existing space-related programs.

At the same time, the DOD announced that United Launch Alliance had chosen rival Blue Origin to supply engines for its pending Vulcan Centaur rocket, the same day that it won an $867 million deal from the U.S. Air Force to keep supplying its Delta and Atlas rockets to the military and SEAKR Engineering Inc. nabbed a contract to develop and test processing system prototypes that have the ability to shield sensitive satellite communications from interference for the U.S.

In September 2018, President Trump signed a $674 billion spending bill that included a $19.8 billion boost in defense spending over two years, with the increased focus on the military and its capabilities expect to keep defense spending on the higher side at least over the next two years.

NATO allies also appear to be focusing on increasing defense budgets to counter potential threats from Russia and the Middle East. Moreover, there has been growth in defense spending from other nations, such as India, China, and Japan because of enduring security threats. Apart from this, a majority of defense analysts say that heightened geopolitical tensions in the Middle East and North Korea are creating strong demand for military equipment, which is expected to be one of the key drivers of defense sector growth in the near term.

A number of DOD-wide contracts have been inked over the past year including a $577.5 million deal for Northrop Grumman Systems Corp., Booz Allen Hamilton Inc. and several other companies to assist the military with “joint force development and training support” – a $3.17 billion contract with New Jersey-based technology seller SHI International (a unit of Texas-based Dell) and several other contractors to provide Microsoft software licenses and annual subscriptions for the federal government.

Michigan-headquartered L3 Technologies has been awarded a $26.3 million contract from the military’s Special Operations Command (USSOCOM) to provide close-quarters sights and clip-on magnifiers from its EOTech brand for the Miniature Aiming System-Day Optics suite. Under this five-year indefinite-delivery, indefinite-quantity contract (with five option-years), EOTech will deliver an updated model of its holographic weapon sight and the G33 clip-on magnifier. All work will be performed at EOTech’s headquarters in Ann Arbor, Michigan.

In addition, the DOD’s Defense Advanced Research Projects Agency has said it will spend more than $2 billion to accelerate the development of a new generation of artificial intelligence “able to adapt to changing situations.”

This past February, the Navy awarded Huntington Ingalls Industries’ Newport News Shipbuilding a contract for a pair of aircraft carriers, the first contract of its kind since the 1980s.

According to USNI News, the contract modification is worth $14.9 billion and will cover the remaining ship design and construction costs of CVNs 80 and 81. Once government-furnished equipment is added in—including newly-developed advanced arresting gear and electromagnetic aircraft launch systems—the Navy will spend about $24 billion on the two aircraft carriers, compared to a predicted cost of $28 billion if they had been acquired separately.

The Navy originally thought the combined purchase would save them about $2.5 billion across the two ships, but estimates have since risen to about $4 billion by combining the two ships into a single purchase, allowing for better sequencing at the shipyard and avoiding duplication in planning.

To Win Any Fight, Any Time

The request focused on continuing the efforts to restore the readiness of the force—and the U.S. military in general—to allow the U.S. to “win any fight, any time.”

Future wars, she concluded, “will be won by those who observe, orient, decide, and act faster than adversaries in an integrated way across all domains—land, sea, air, space and cyberspace.”

About the Author: Michael D. White is a published author with four non-fiction books and well more than 1,700 by-lined articles on international transportation and trade to his credit. During his 35 year career as a journalist, White has served in positions from contributor and reporter to managing editor for a number of publications including Global Trade Magazine, the Los Angeles Daily Commercial News, Pacific Shipper, the Los Angeles Business Journal, International Business Magazine, the Long Beach Press-Telegram, Los Angeles Daily News, Pacific Traffic Magazine, and World Trade Magazine. He has also served as editor of the CalTrade Report and Pacific Coast Trade websites, North America Public and Media Relations Manager for Mitsui O.S.K. Lines, and as a consultant to Pace University’s World Trade Institute and the Austrian Trade Commission. A veteran of the United States Coast Guard, White has traveled in both Japan and China, and earned a degree in journalism from California State University and a Certificate in International Business from the Japanese Ministry of Trade & Industry’s International Institute for Studies & Training in Tokyo. 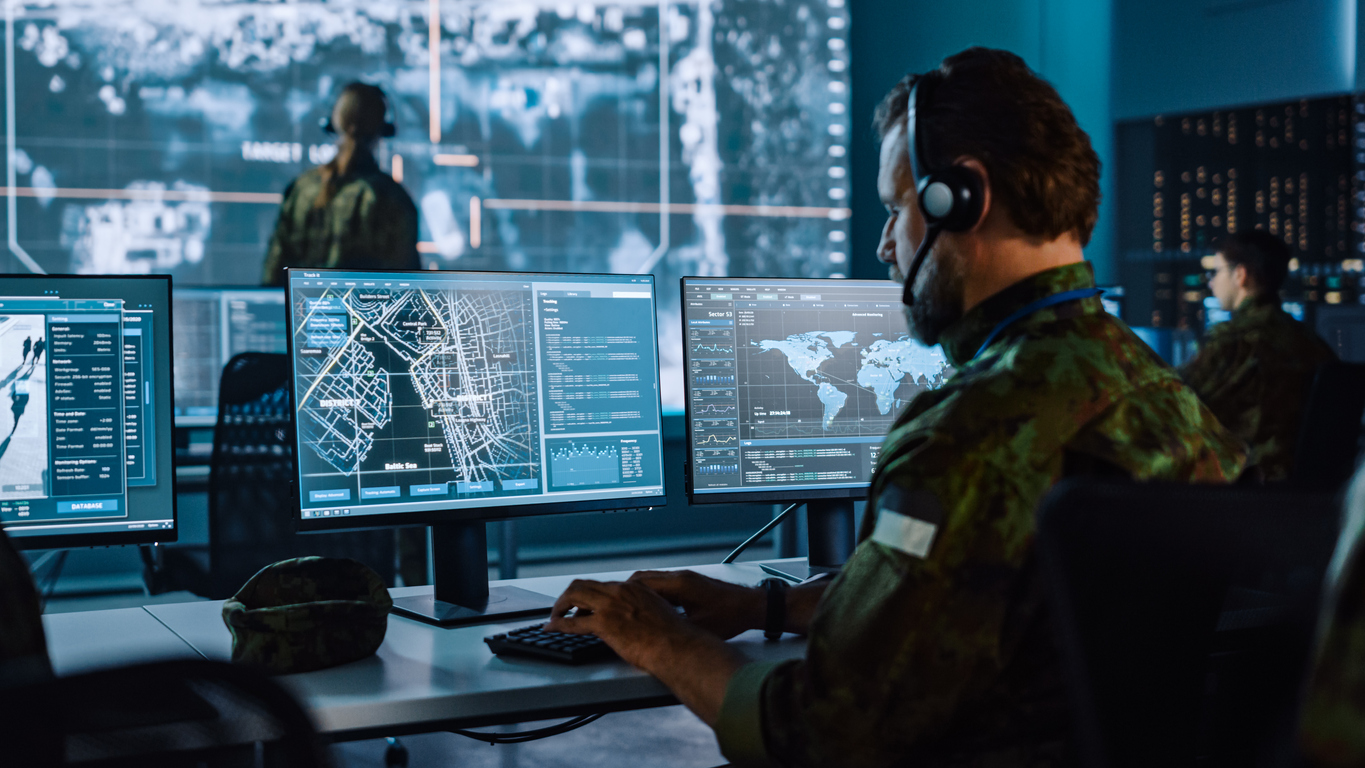 September 16, 2022
Tomahawk Robotics is thrilled to announce the award of the Autonomy and Robotics Enhanced Multi-Domain Infantry Squad (ARTEMIS) program through the Ma... 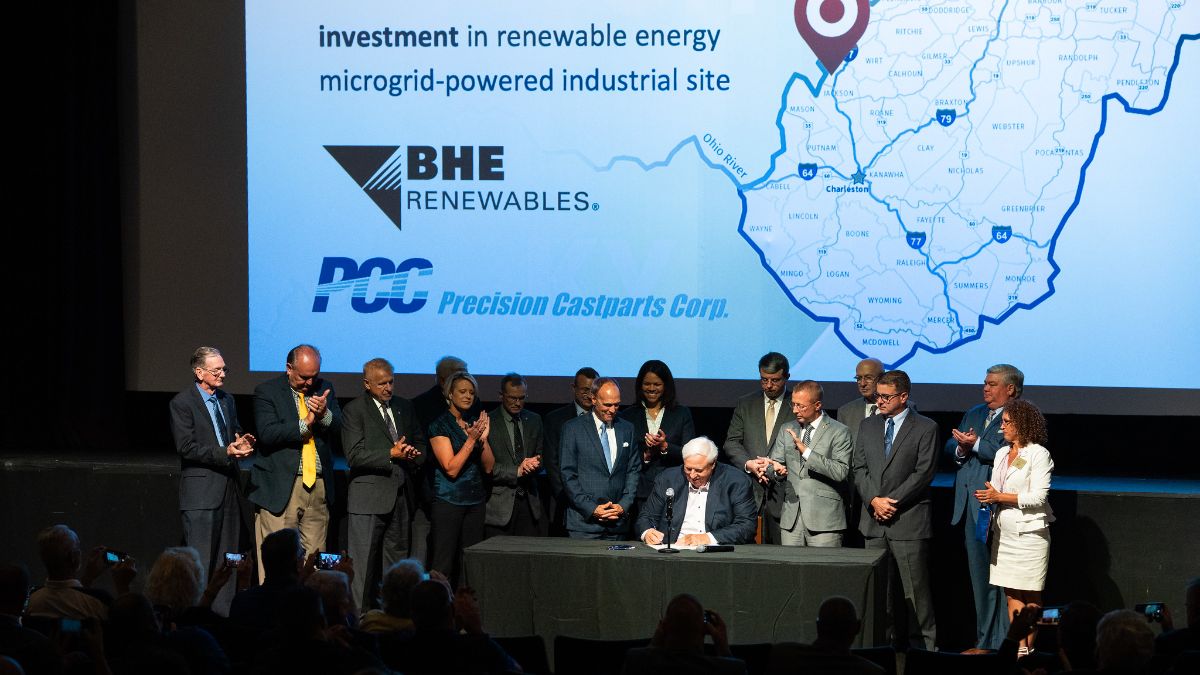 September 14, 2022
BHE Renewables, a Berkshire Hathaway Energy business, has entered into an agreement with the State of West Virginia to purchase more than 2,000 acres ...