Little Rock, AR — Bank of the Ozarks will construct its fourth operations building in downtown Ozark and create as many as 133 new jobs over the next five years. Plans for the new building and local jobs were announced April 19.

George Gleason, Chairman of the Board and Chief Executive Officer of Bank of the Ozarks, said the new operations building will add 36,761 square feet of office space and additional parking to the bank’s campus at the intersection of West College Street and North 7th Street. It will join three existing buildings that house Bank of the Ozarks’ operations centers and backup data facility.

Recalling his purchase of the bank in 1979, Gleason said he was the bank’s 28th employee. Today, Bank of the Ozarks employs 241 people locally, giving the bank a total of approximately 2,500 team members in 254 offices across 10 states.

“We are pleased with our growth, enthusiastic for our future, and proud of our Ozark legacy — and we continue to sink our roots deeper into this community,” Gleason said. “Our people and culture of excellence are among the prime reasons we are able to make today’s announcement, as well as the reason we have been named the nation’s top performing bank 12 times in the past eight years.”

“This culture of excellence was born in Ozark, it continues to thrive here and it goes with us as we grow,” Gleason said. “As Bank of the Ozarks has grown, we have had the opportunity to increase jobs in Ozark to support our customers and bankers across the state and nation.”

Gleason saluted Governor Hutchinson, the AEDC and city officials for their work to support job creation in Ozark and throughout the state. He also recognized the Ozark campus of Arkansas Tech University,which has developed special courses to prepare local employees for careers at the bank’s operations center.

The new four-story building will join the former headquarters of Bank of the Ozarks built in 1985, the former Ozark municipal building which the bank purchased and first occupied in 2006, and the Kennith Smith Operations Center built in 2010.

Construction is expected to begin mid-year 2018 and be completed in the 3rd or 4th quarter of 2019.

Architect for the project is Polk Stanley Wilcox Architects. They have selected exterior materials and details similar to the existing three buildings to incorporate all four structures into a unified campus. A covered connection will be constructed between the new building and the former bank headquarters, and parking spaces will be added on the north and south sides of the building.

Bank of the Ozarks announced on March 15, 2018, that it intends to change its name to Bank OZK as part of a rebranding strategy reflecting its growth from an Arkansas community bank to a regional bank with national lending businesses.

In his local remarks on April 19, Gleason said, “Bank OZK is a name that reflects both our rich heritage and our commitment to be a leader in technology and innovation as we expand across the United States. Just as importantly, the name Bank OZK reminds us to carry the spirit of this community wherever we go. Our roots are here and, as this new building demonstrates, so is our future.”

Other organizations that have recognized Bank of the Ozarks as the nation’s top-performing bank in its asset size category include Bank Director magazine in 2013-2017; ABA Banking Journal in 2011 and 2012; and S&P Global Market Intelligence in 2012 and 2015-2017. A Brave New World for the U.S. Service Sector

June 2, 2020
By Michael D. White, author and freelance writer In 2018, North America was home to the largest concentration of businesses in the professional servic...

EQ Establishing Operations on Northwest Side of Milwaukee 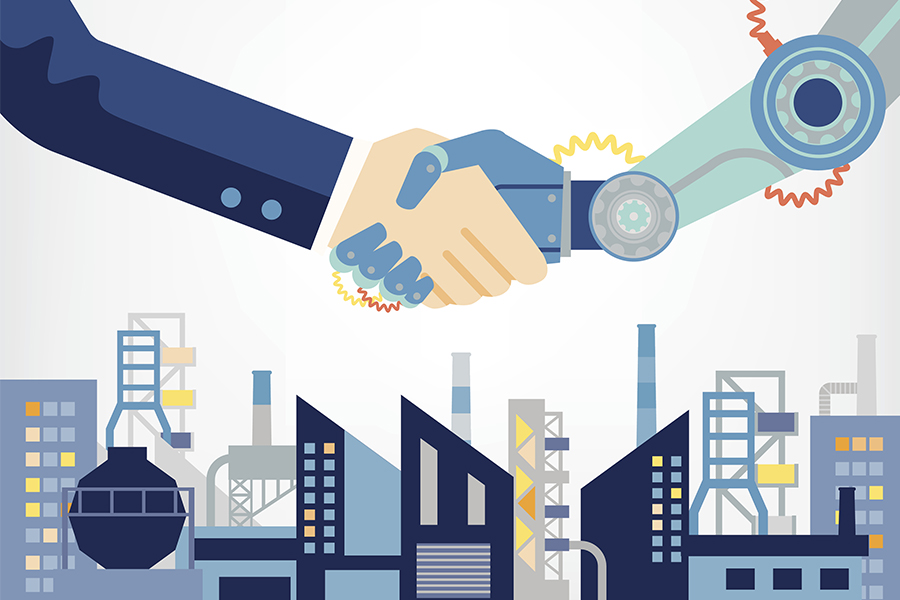