America’s Foreign Trade Zones (FTZ) program is stronger than ever and continues to be a high-value asset for U.S. exports activity and re-shoring of manufacturing efforts.

Every zone is an economic development tool giving competitive advantages to U.S. firms representing myriad industries. By reducing costs, zones not only “level the playing field” but help companies keep their manufacturing or distribution operations in America. While not all participating companies are large, many which utilize FTZs are global giants, including General Electric, Dell, Intell, Merck, General Motors, BMW and ExxonMobil.

The FTZ program was born in 1934 with the goal of expediting and encouraging foreign commerce in America. The federal authority establishing these facilities is granted by the Foreign-Trade Zones Board, and zones operate under FTZ and U.S. Customs and Border Protection (CBP) regulations.

Simply stated, a FTZ is land on U.S. soil that is legally considered outside of national customs territory. Within zones, foreign and domestic merchandise can be moved for operations that may include storage, assembly, manufacturing, processing and exhibition. Besides general purpose zones, there are sub-zones set up for operations that usually can’t be done within an existing zone. Listings of specific zones by state are found at http://enforcement.trade.gov/ftzpage.

The attractiveness of a zone is that each one is governed by a federal program that streamlines, reduces and sometimes eliminates import tariffs for U.S. importers and exporters. Duty and federal excise tax (if applicable) are paid only when the merchandise is transferred from the zone for consumption, meaning that while in the zone, merchandise is not subject to U.S. duty or excise tax. Another bonus: CBP security requirements provide some protection against theft. For details information about FTZ benefits and setting up a FTZ, visit www.cbp.gov.

Using data submitted by each zone across the country, the FTZ Board submits an annual report to Congress summarizing activity conducted in foreign-trade zones throughout the year. The 161-page latest report, submitted in February 2016, reflects the vibrancy and robustness of the FTZ program as viewed through calendar year 2015.

A summary of the Board’s findings was published as a “Trends and Analysis” section in the 2016-2017 annual report of the National Association of Foreign-Trade Zones (NATFZ), a trade association with 600 members connecting global businesses with local communities via FTZs. NATFZ’s 2017 annual conference “FTZs: Creating American Jobs” will be held October 22-25, 2017 in San Diego, California.

In 2015, the value of goods exported directly from U.S. foreign-trade zones to foreign countries decreased 15 percent from the previous year to $84 billion. “This was blamed almost entirely to the steep drop in the global price of oil with significant ramifications for FTZ oil-refining operations,” stated NATFZ’s report. The decline, however, “appears to have been tempered by increased exports in other sectors in the zones program, including automotive, consumer electronics, and pharmaceuticals, which continued the consistent upward trend of previous years.”

Despite volatility in the global petroleum market, petroleum refining remained a leading FTZ export sector in 2015 with refineries and petroleum-related operations making up 17 of the top 25 exporting sub-zones. As in previous years, motor vehicles and pharmaceuticals also represented major FTZ export sectors.

The steady employment of workers (420,000) in FTZs, according to NAFTZ, may be due to “significant changes in the market for petroleum products as domestic oil and gas production in the U.S. increased, while imports, demand, and prices declined, reducing the extent of FTZ activity by petroleum refiners. This decline in the petroleum sector appears to have been mitigated by employment growth in other FTZ industry sectors.”

NAFTZ’s analysis also found FTZs “continue to play a key role in U.S. production and distribution operations that rely on global supply chains to remain competitive. In 2015, the value of shipments into zones totaled nearly $660 billion, of which $431 billion (65 percent) was for production operations and $228 billion for warehouse/distribution operations.” About 63 percent of total shipments into the zones involved domestic-status merchandise, “indicating FTZ production activities involve a combination of foreign inputs with significant domestic content.”

Texas enterprises tallied up over $631 billion in international trade in 2015, thanks to the state’s 29 official ports of entry capitalizing upon the growth in worldwide commerce.

For example, companies within FTZ #39 in Dallas/Ft. Worth area employed 2,926 people and received more than $3.1 billion of goods—an increase of 20 percent from 2014 figures. Its alliances with Dubai Airport Freezone Authority (UAE) and Farglory Free Trade Zone (Taiwan) is a huge benefit for trade among the regions.

The Port of Corpus Christi is the fifth-largest port by tonnage – and one to watch – as its activities contributed $16.9 billion of the state’s 2015 global trade figures. Its FTZ #122 is one of America’s largest zones, encompassing 25,000 acres in seven Texas counties. Thanks to the completion in 2016 of Panama Canal’s 10-year expansion project, which now allows “neo-Panamax” ships carrying up to 14,000 containers to sail more quickly between the Pacific and Atlantic oceans, the port expects even more success soon. Ongoing multi-million-dollar capital improvements are underway (e.g., expanding its railroad system, building new docks and a higher-clearance bridge) in anticipation of new business opportunities, including those from mega-vessels from the Panama Canal. Near-term plans also are in place to deepen the 300-foot wide, 45-foot deep ship channel to 54 feet.

The Port of Houston manages FTZ #84, which includes many privately owned and port-owned sites located throughout Houston and Harris County. This port is the largest on the Gulf Coast, the biggest in Texas, and the only one in Houston. Its acquisition of new super post Panamax ship-to-shore cranes have enabled the port to accommodate next-generation container vessels. The cranes are part of $1.4 billion modernization project taking place at port container terminals, including $700 million in improvements. FTZ #84 includes almost 200 companies employing over 17,300, according to the Texas Comptroller. In 2015 it ranked first among FTZs in the nation for total merchandise received and eighth in exports. Popular activities here are general purpose warehousing, steel product storage, as well as liquid bulk storage and blending since many refineries and chemical plants in Houston are designated as FTZ sites.

Any attempts to change, alter or even eliminate the North American Free Trade Agreement (NAFTA) affects FTZs, too. So when candidate Donald Trump described NAFTA as “the worst trade deal maybe signed anywhere” in a September 2016 presidential debate, heads snapped back in the international trade community. In Spring of 2017, President Donald Trump informed Congress of his Administration’s plans to renegotiate NAFTA, and walked back (for now) the idea of getting out of it completely.

“NAFTA was negotiated 25 years ago, and while our economy and businesses have changed considerably over that period, NAFTA has not,” stated the letter Robert Lighthizer, the new U.S. trade representative, delivered to Washington lawmakers. “Many chapters are outdated and do not reflect modern standards.”

In June, the American FTZ community vocalized its concerns over tinkering with NAFTA via Erik Autor, who spoke at a NAFTA Renegotiation Hearing in Washington. Autor, who is NAFTZ’s current president, opined that his group supports updating NAFTA to increase “new opportunities for growth and prosperity, reflect commerce and the economy of the 21st century, and position the FTZ program to be even more effective in promoting American jobs and competitiveness.”

Autor also stated at the hearing that NAFTA as it now exists puts U.S.-based FTZ manufacturers at a competitive disadvantage to manufacturers exporting from Mexico and Canada. To change that situation, NAFTZ recommends eliminating restrictions now in place that treat U.S. exports from an FTZ to Canada and Mexico initially as imports into the United States, thus requiring payment of U.S. duties before export. Exporters of Mexico and Canada don’t have similar requirements.

Additionally, Autor cited a provision NAFTZ wants repealed by Congress that does not require changes in NAFTA to correct a major trade inequality problem. Basically, restrictions in NAFTA rules of origin on U.S. FTZs now put some U.S.-based FTZ manufacturers into unbalanced duty competition from NAFTA imports, he pointed out, and undermine the very reason for the FTZ program’s existence.

Specifically, by excluding goods produced in a U.S. FTZ from qualifying for NAFTA preferential-duty treatment when entered into the country, Autor contends the 1993 NAFTA implementing legislation denies U.S. manufacturers similar duty treatment on components used in U.S. FTZ-based production provided to producers in Mexico and Canada. That means a U.S.-based FTZ manufacturer making a product for U.S. consumption meeting NAFTA’s rule of origin must still pay U.S. duty on any non-NAFTA components. In contrast, a Mexican-based manufacturer making the same product with identical components from the same suppliers can export that product to America duty free. The result? An unintended incentive to relocate production from the U.S to Mexico; something seen time and time again over the years.

At the end of his testimony, Autor stressed the importance of retaining the NAFTA provision confirming U.S. FTZs are a “constituent part of NAFTA territory,” even though they’re considered outside U.S. customs territory.

A Blueprint for the New NAFTA

On July 17, the day White House released its 18-page report about its goals for updating NAFTA, President Trump vowed to boost American manufacturing by cutting the $64 billion trade deficit with Mexico. “No longer are we going to allow other countries to break the rules, to steal our jobs and drain our wealth,” he stated, again underscoring his overall plan to bring jobs back to America, increase wages, and support U.S. manufacturing.

It’s estimated the United States lost 5.6 million manufacturing jobs between 2000 and 2010 alone. Did NAFTA largely contribute to this catastrophe? One study by the Center for Business and Economic Research at Ball State University determined 85 percent of those jobs were abolished due to mostly factory automation rather than global trade. However, a recent MIT study concluded 2.4 million U.S. jobs were slashed from 1999 to 2011 due solely to increased Chinese imports. Whatever the reason, American manufacturing needs a bit of assistance to get back on its feet.

NAFTA’s first rounds of talks began mid-August, and officials say they hope to wrap it up by or before early 2017. (Pundits say the bargaining rush is on to avoid adversely impacting 2018 elections in Mexico and the United States.) News reports, at first blush, indicate negotiators are likely to at least address digital trade concerns and tightening labor/environmental standards, and on the American side, try to block or lessen currency manipulation. Unfortunately, the tight deadline may prevent a new trade deal from emerging with all the outcomes achieved as originally planned by the U.S. Administration.

Setting aside NAFTA, the future looks even more promising for the FTZ community in America. The number of zones and participants are increasing, and new technologies are streamlining zone activities to cut costs further. Trade volumes are on the rise, some zones are growing geographically, product diversity is expanding overall and more alliances with foreign trade-free zones are being explored. It’s a great time for any business to be “in the zone.” 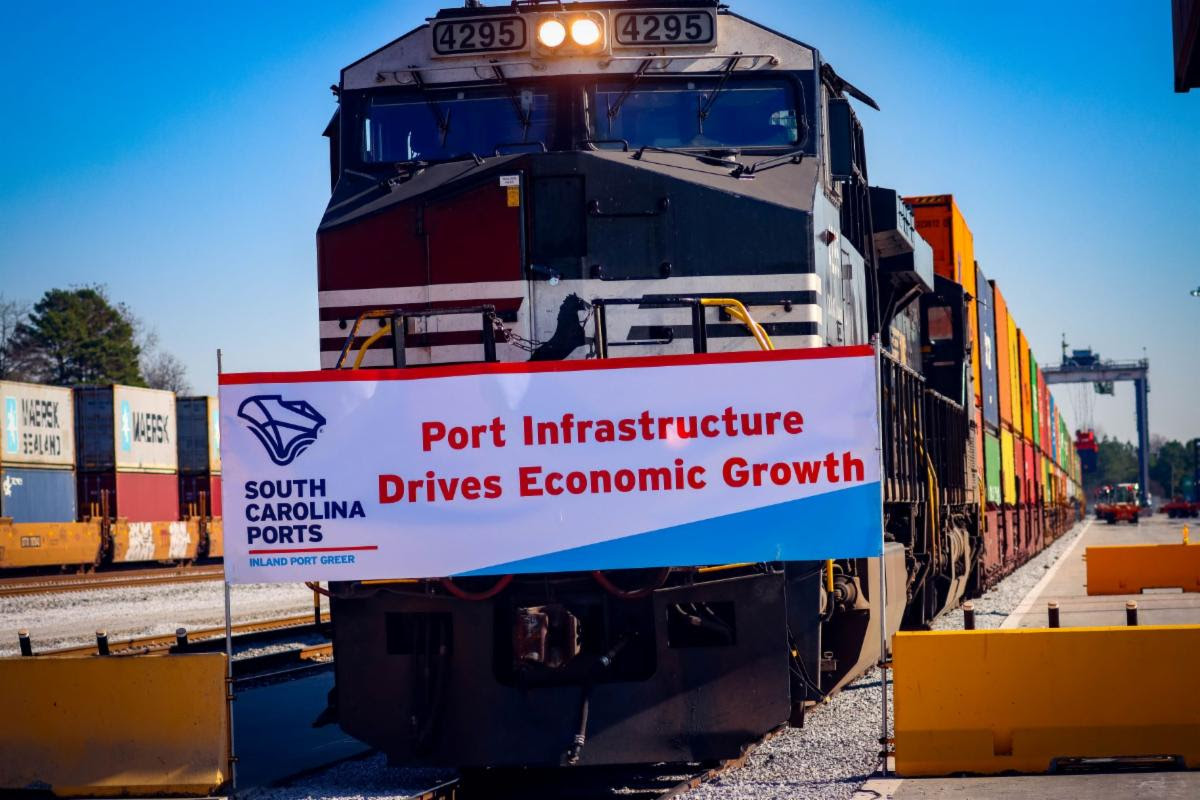 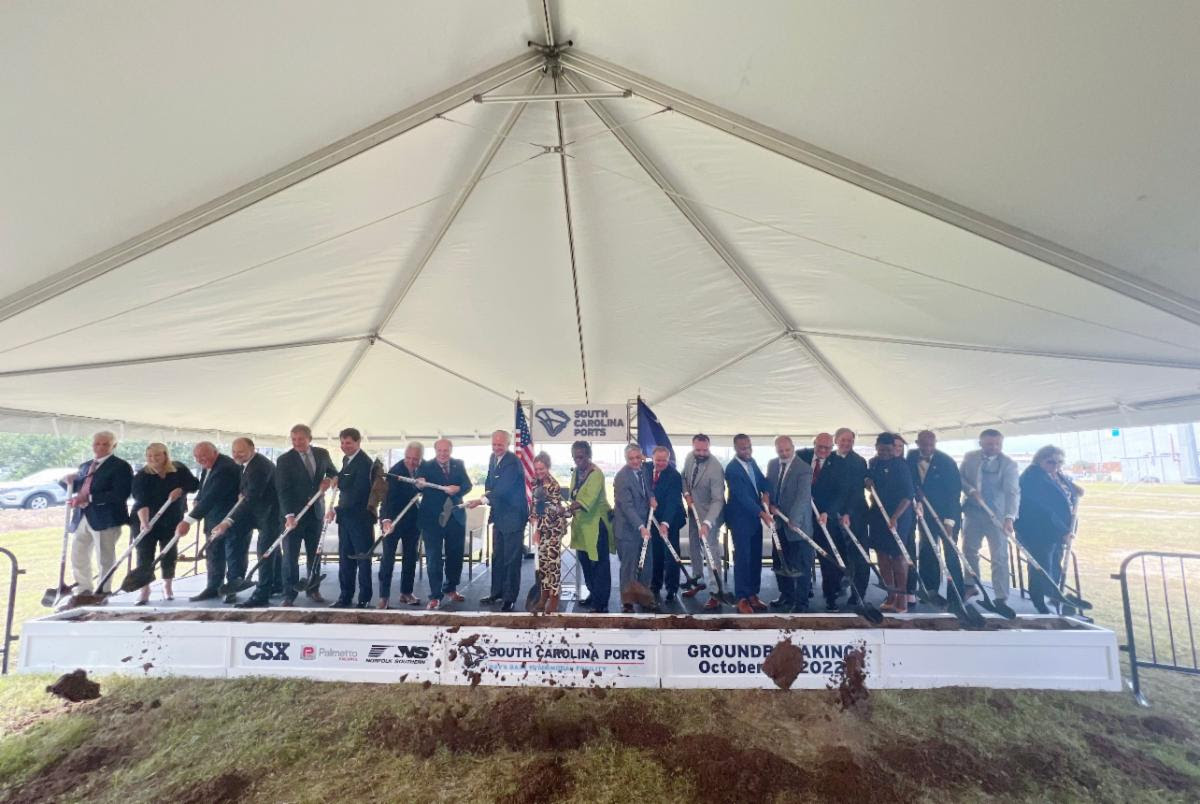 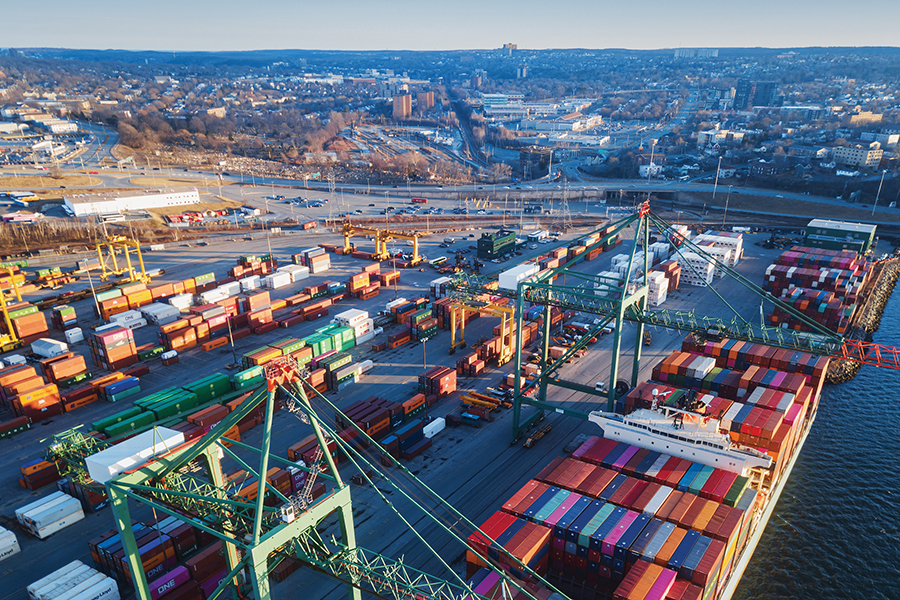 One Long ‘Tylenol Moment’: But Relief is On the Way

October 11, 2022
By Michael D. White, author and freelance writer Back around the middle of the last century, every Sunday evening at 7:00, families across the country...