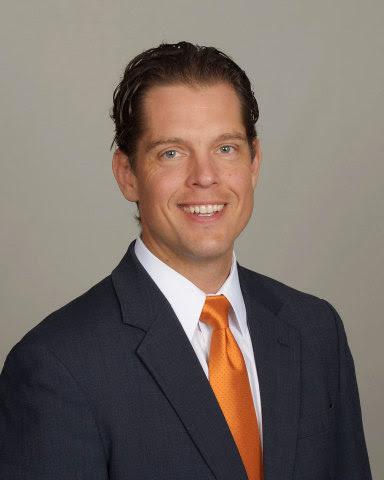 Fort Worth, TX — BNSF Railway Company (BNSF) announces customers served by the freight rail provider invested $1.2 billion in new or expanded facilities in 103 communities across the BNSF rail network in 2015. This marks the fifth consecutive year that BNSF customers and local economic development organizations have invested more than $1 billion in a calendar year for new or expanded facilities. Their efforts resulted in the creation of more than 1,500 jobs.

“With BNSF’s experience and expertise, we work with communities to bring businesses and jobs to locations where our network operates,” said Colby Tanner, assistant vice president, economic development. “Freight rail transportation offers great efficiencies and effectiveness for a range of businesses and industries and our job is to help facilitate and expedite the sometimes complex process of establishing rail service and a transportation infrastructure that is attractive to industry. More transportation and logistics options then help drive investments and employment opportunities across the communities we serve.”

Tanner, who joined BNSF in late 2015 to replace the retiring Vann Cunningham, hopes to continue the streak accomplished by his predecessor.

“BNSF’s network is ideal for the logistics needs of today’s complex supply chain and the BNSF team continues to strengthen its ability to offer customers customized ways to accelerate improvements to their supply chain process – from site selection to optimizing distribution networks,” added Tanner.

In 2015, BNSF’s help generated new development at 103 locations, across states in three-fourths of its network, at customer sites, rail yards and transload facilities for a wide variety of commodities including, agriculture, industrial products, chemicals, petroleum, building supplies and waste management.

Specifically, BNSF played a key role in the expansion of agriculture-related facilities in Iowa, Montana, Minnesota, Nebraska, North Dakota, Texas and Washington. BNSF serves as a rail partner for Preferred Freezer Services’ new temperature-controlled warehouse to support distribution of frozen potato products in Richland, Wash. The Preferred Freezer Services new warehouse is now the largest refrigerated warehouse in North America as it generated more than 100 new jobs as the first development of its kind in Washington.

In Jonesboro, Ark., BNSF worked with two redevelopment projects to spark the local economy at an established industrial park with direct rail service by BNSF.  First, Anchor Packaging expanded its business with a new facility in Jonesboro after it revitalized a vacant facility and constructed new tracks. Anchor Packaging’s Jonesboro manufacturing plant makes plastic containers for the foodservice industry and is their fourth in Northeast Arkansas. Meanwhile, BNSF worked with TrinityRail Maintenance Services as it established a new operating facility in Jonesboro. The growth positions the community as a hub for railcar maintenance and services to the rail industry.

For more information on establishing a new or expanded rail-served facility, visit www.bnsf.com/ed.

About BNSF
BNSF Railway is one of North America’s leading freight transportation companies operating on 32,500 route miles of track in 28 states, and also operates in three Canadian provinces. BNSF is one of the top transporters of consumer goods, grain and agricultural products, low-sulfur coal, and industrial goods such as petroleum, chemicals, housing materials, food and beverages.  BNSF’s shipments help feed, clothe, supply, and power American homes and businesses every day. BNSF and its employees have developed one of the most technologically advanced, and efficient railroads in the industry. We work continuously to improve the value of the safety, service, energy, and environmental benefits we provide to our customers and the communities we serve. You can learn more about BNSF at www.BNSF.com.

November 16, 2022
The Pflugerville Chamber of Commerce and the Pflugerville Community Development Corporation (PCDC) are jointly hosting a groundbreaking ceremony Thurs...