Globalization, rapid technological advancement and increased competition are hallmarks of today’s business landscape. The pressure to find talent with the skills critical to meet the demands of the 21st century workplace is growing. Deloitte’s 2014 Global Human Capital Trends survey of more than 2,500 business leaders in 94 countries found that talent acquisition, talent retention and workforce capability are among the most urgent issues facing businesses today.

Jurisdictions around the world are working to improve their education systems and help workers develop the skills needed in today’s economy. Canada is emerging as a leader on this front. Slightly more than half of all Canadians have a post-secondary degree – the highest rate among OECD countries.

Ontario, Canada’s most populous province, is leading the charge by investing significantly in education and working closely with industry to create a skilled workforce ready to help drive productivity and innovation. And its efforts are paying off: Ontario is Canada’s top economic performer; it generates 37 percent of the country’s wealth, and it is recognized internationally as Canada’s most competitive province.

The province has a strong reputation as a global business hub and for attracting multinational companies. Its economy is diverse and is the number one destination in Canada for foreign direct investment projects and third in North America after New York and California. Forbes Magazine named it a top spot to do business because of its favorable tax system and focus on job creation.

Ontario is home to almost half of the nation’s employees in high tech, financial services and other knowledge industries, and its universities are expanding graduate programs in Science, Technology, Engineering and Mathematics (STEM).

“Our institutions are connected to North America’s largest bio-medical hub, and Ontario is home to the world’s largest center for education in math and computer science, meaning our university graduates are in demand,” says Bonnie M. Patterson, President and CEO of the Council of Ontario Universities.

In 2014 the province announced a renewed vision for education called Achieving Excellence that places greater emphasis on critical thinking, communication and collaboration. Ontario will invest $150 million over three years in technology to better prepare students for the knowledge economy. This includes expanding hands-on training programs by allowing students to focus their learning on specific sectors.

Between 2012 and 2013, the Ontario government invested $4.91 billion in colleges and universities to ensure more students can acquire the knowledge, skills and training needed for a high-performance workforce. Figures from its latest provincial budget show that Ontario invests 18.45 percent of its total government spending on education. According to UNESCO data, this compares favorably to 13.07 percent for the U.S.

Perhaps the most immediate example of the province’s commitment to a skilled workforce that is ready to help drive business results is the province’s partnership with industry and academia to create Downsview Aerospace Innovation and Research (DAIR), an aerospace cluster in Toronto.

Ontario already accounts for an estimated 25 percent of aerospace jobs in Canada. The development of an aerospace cluster at Downsview will enhance the province’s ability to compete globally, further developing its skilled workforce, providing a strong foundation for shared research and development and offering businesses the opportunity to benefit from logistical efficiencies.

Access to a skilled workforce was one of the main reasons Mitsubishi Heavy Industries (MHI) established a subsidiary in Ontario in 2007. The efficiencies of being close to its client Bombardier, the ability to do business with a deep supply chain and the resulting cost savings have pushed MHI Canada into serious growth mode, doubling its workforce to 700 since 2013. “MHI Japan continues to transfer more and more work here because Ontario is seen as a strategic advantage,” says Michael McCarthy, president, MHI Canada Aerospace Inc. “We are the parent company’s only large aerospace manufacturing site outside of Japan. Our plan is to become self-sufficient and supply a growing list of clients.” He is looking forward to the further integration of academia and industry at DAIR, which will expand the workforce and address industry needs.

Helping Ontario’s aerospace industry grow is part of the government’s economic plan to invest in people and infrastructure and to support business. It is also a key aspect of the province’s innovation agenda, a wide ranging $3 billion initiative to strengthen its position as a 21st century economy.

“Ontario’s skilled workforce already gives us a distinct advantage. There are great schools in the Greater Toronto Area and we rely on them to provide us with graduates who understand the industry. DAIR will build on that,” says Tim Whittier, director, government relations, UTC Aerospace Systems, Landing Gear, one of the industry partners in the initiative. In fact, unlike the company’s operation in Fort Worth, Texas, which has to extend its recruitment efforts across the continent, he says that the Ontario operation is able to meet its need for highly-skilled technicians and engineers locally. “This speaks to the collective skill set of the workforce available to us here in Ontario. That’s a real strength.”

That workforce is providing the skills and brain power to fuel breakthrough innovation. Almost half of Canada’s full-time R&D personnel are in Ontario, where more than $14.6 billion in R&D spending is undertaken each year by businesses, universities and colleges, private non-profit organizations, governments and foreign firms.

“Ontario is a world leader when it comes to research and DAIR will build on this strength,” says the organization’s Executive Director, Andrew Petrou. “Global organizations such as Bombardier are here because of the research we’re doing. DAIR’s innovation zone is a living lab that will bring industry and students together to solve real-world problems. The number of calls we have received from all over the world already is amazing and tells us that this is exactly what industry and students need.”

A Word on the Power of Clusters and Collaboration

IBM, GE Healthcare, Linamar, Bioniche Life Sciences, Bridgewater Systems, Honeywell, DragonWave and Xerox are among the 18,000 IT companies that have chosen to set up shop in Ontario. In fact, the province has the second-largest IT cluster in North America, generating annual revenues of more than $85 billion. It also has the second-largest life sciences sector in North America, supported by 25 research and teaching hospitals and 44 universities and colleges. The Greater Toronto Area alone is home to more than 50 global pharmaceutical and biotech companies.

The ability to thrive in a global economy is predicated on businesses’ ability to recruit and retain the very best talent. Colleges, universities and the government in Ontario, Canada recognize this and are committed to programs and facilities that allow students to be fully prepared for the world of global business.

Ontario’s Current and Future Workforce
• In 2012, 108,000 students graduated from Ontario’s colleges and universities with 35,000 graduating from Science, Technology, Engineering and Mathematics programs.
• There are apprenticeship programs for more than 150 skilled trades. As of summer 2012, more than 120,000 apprentices are learning a trade in Ontario.
• About 120,000 more students are attending college or university today than in 2002-03, a 31 percent increase.
• Currently, 39 percent of 18-to-24-year-olds are participating in postsecondary education – up from 35 percent in 2002-03.

Bio: Roshan Mohan is the Senior Economic Officer in Ontario, Canada’s International Marketing Centre, New York City. He has served in numerous economic development leadership roles. The government of Ontario works with partners in the private sector and across society to grow Ontario’s economy, create jobs and increase prosperity. 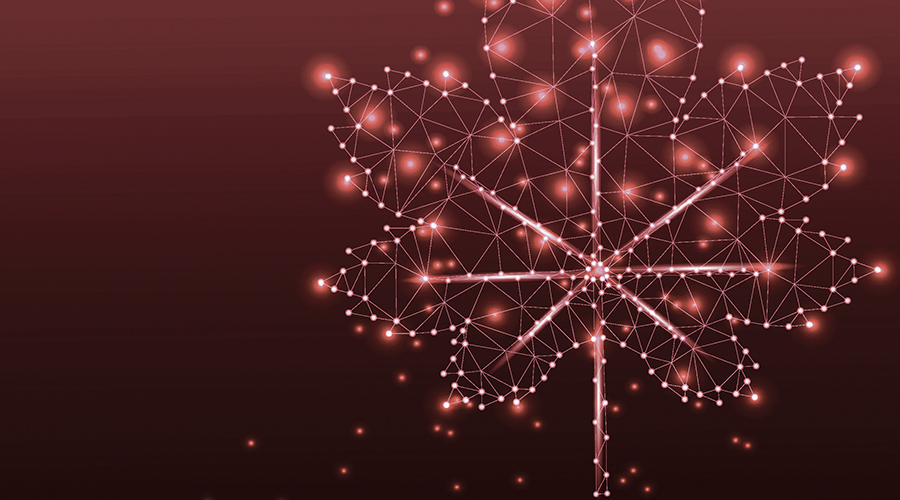 October 1, 2020
By Vic Fedeli, Ontario’s Minister of Economic Development, Job Creation and Trade The year 2020 has taught us all some valuable lessons, both from a...

Canada’s Commitment to Foster Economic Growth and Opportunity in Ontario

May 26, 2020
The COVID-19 pandemic has resulted in uncertainty and anxiety for businesses and their employees. Small- and medium-sized enterprises (SMEs) are at th...