“These projects will lead to new business growth, revitalized communities and more and better jobs for our residents,” said Jeff Mason, CEO of MEDC, the state’s chief marketing and business attraction arm that administers programs and performs due diligence on behalf of the MSF.

“The decision by these two companies to not just expand, but establish a first North American facility here and a second U.S. headquarters underscores our business-friendly environment and talented workforce. We’re pleased to work with our local partners to support these investments,” Mason said.

As transportation sectors shift toward electrification globally, AKASOL AG needs to support the significant growth it is experiencing and its current customers by opening dedicated operations in North America. As a result of this growth, AKASOL Inc. plans to establish a battery system manufacturing facility in the metro Detroit area, a project that is expected to generate a total private investment of $40 million and create 224 jobs. The Michigan Strategic Fund today approved a $2.24 million Michigan Business Development Program grant in support of the project. The Michigan site was selected over a competing location in Georgia.

“The Detroit Region is thrilled to have been selected by Akasol AG for its US battery production facility for the commercial vehicle market,” said Detroit Regional Partnership President and CEP Barry Matherly.  “The company is a global leader in the design and build of e-mobility solutions and our team is pleased we were able to demonstrate a highly compelling business case around the strengths of the region.”

Individuals interested in careers with AKASOL Inc. should visit https://www.akasol.com/en/career.

AKASOL is the latest in investments by German companies into Michigan in recent years. In the past three years, 39 German companies have chosen Michigan for 43 projects, creating 4,624 jobs and investing a total of $1.25 billion in the state. Germany was Michigan’s top investing country during that timeframe, both in terms of private investment and job creation. Of the total number of projects, 11 were automotive related.

“The decision by AKASOL to establish its first North American facility here underscores the strength of Michigan’s advanced manufacturing industry and robust supply chain,” Mason said. “We welcome AKASOL’s commitment to Michigan and we look forward to working with the company for years to come as it continues to grow and create jobs here.”

KLA is a leading provider of process control and process-enabling solutions across the electronics industry. Headquartered in Milpitas, California, the company has more than 10,000 employees worldwide, and recently opened its new research and development center in Ann Arbor. The location was selected from more than 350 potential sites in North America. Announced in October 2018, the project was expected to generate a total private investment of more than $70 million and create 500 jobs over the next five years. As a result of the investment, the company received MSF approval of Good Jobs for Michigan withholding tax capture for up to eight years, and a $1.5 million Michigan Business Development Program performance-based grant.

The company now plans an additional expansion of the project at its new facility in Ann Arbor Charter Township, a project that will generate an additional $80 million in private investment and create 100 additional new jobs. The MSF today approved an amendment to the company’s original grant agreement that will increase the $1.5 million MBDP grant awarded in October to $2.5 million. Michigan was chosen for the expansion over competing sites in other states. Ann Arbor Charter Township has agreed to provide staff, financial or economic assistance in support of the project.

“We’re excited that KLA is committing additional investment and jobs in Ann Arbor. Since choosing Ann Arbor last year, KLA has proven to be a committed, thoughtful and engaging part of the tech community here, and we’re looking forward to their continued growth,” said Paul Krutko, President & CEO of Ann Arbor SPARK.

Individuals interested in careers with KLA should visit careers.kla.com.

KLA’s new R&D center will be a major boost to the semiconductor ecosystem in Michigan. KLA partners with both the automotive companies and semiconductor chip manufacturers to improve chip quality and help reduce reliability failures. It’s expected that the demand for semiconductors will increase rapidly with the continued development of automotive connectivity, electrification and autonomous driving features like Advanced Driver Assistance Systems.

Cadillac Lofts, LLC plans to construct a new four-story, mixed-use building at the site of an abandoned grocery store in downtown Cadillac. The project will be completed in two phases, with both phases consisting of commercial, residential and common space. The first phase of the project is expected to generate a total capital investment of nearly $9.3 million and create 30 full-time equivalent jobs, and will bring much-needed residential housing to downtown Cadillac as well as generate new economic activity in the area. MSF today approved a $1.5 million Michigan Community Revitalization Program performance-based grant in support of Phase 1 of the project. The city of Cadillac has approved a 15-year Neighborhood Enterprise Zone exemption valued at $476,000 and a 12-year Commercial Redevelopment Act exemption valued at $78,000.

In addition, the City of Cadillac Brownfield Redevelopment Authority received MSF approval of $840,335 in local and school tax capture for the remediation of brownfield conditions at the site. The city of Cadillac previously secured $831,864 in Community Development Block Grant funding to remove all the blighted structures on site and a $134,000 grant through the Department of Environment, Great Lakes and Energy to assist with on-site environmental clean-up activities, leaving the development team with a clean, downtown vacant parcel roughly 1.3 acres in size. The city of Cadillac is engaged with MEDC’s Redevelopment Ready Communities program.

GPC Adams, LLC, a single-purpose entity of Sterling Group, plans to construct a new 20-story, mixed-use building following the removal of a vacant office building near Grand Circus Park in downtown Detroit. The city of Detroit Brownfield Redevelopment Authority today received MSF approval of $16,698,029 in local and school tax capture for brownfield activities at the site. The project is expected to generate a total private investment of $105.3 million and create 200 new permanent full-time equivalent jobs, and will bring significant new economic activity and foot traffic to the area. When completed, the development is anticipated to create space for Chemical Bank’s new headquarters. The city of Detroit has approved a Commercial Rehabilitation Act tax exemption valued at $10,486,000 in support of the project. The city of Detroit is engaged with MEDC’s Redevelopment Ready Communities program.

About Michigan Economic Development Corporation (MEDC)
The Michigan Economic Development Corporation is the state’s marketing arm and lead advocate for business development, job awareness and community development with the focus on growing Michigan’s economy. For more information on the MEDC and our initiatives, visit www.MichiganBusiness.org. For Pure Michigan® tourism information, your trip begins at www.michigan.org. 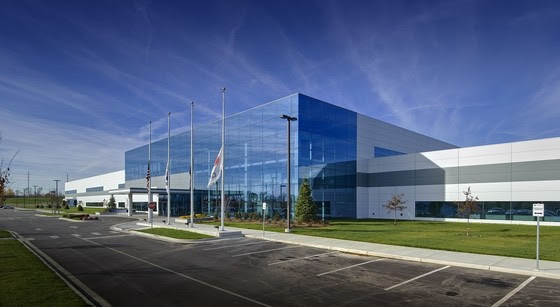 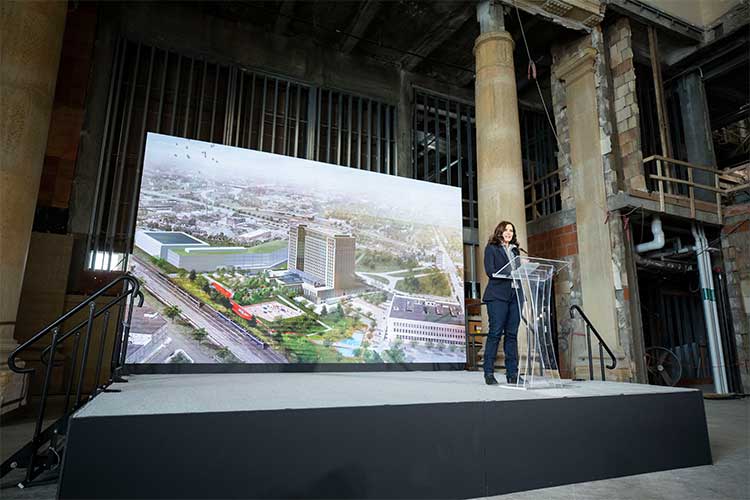 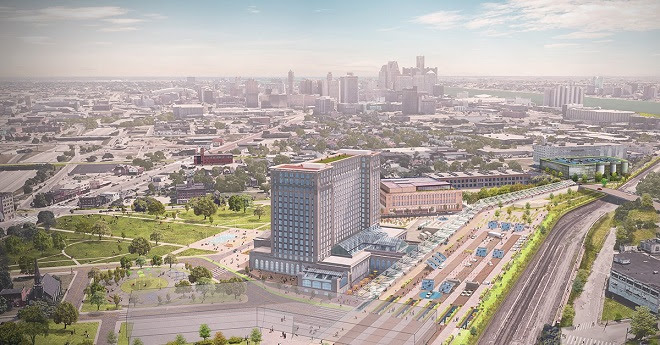 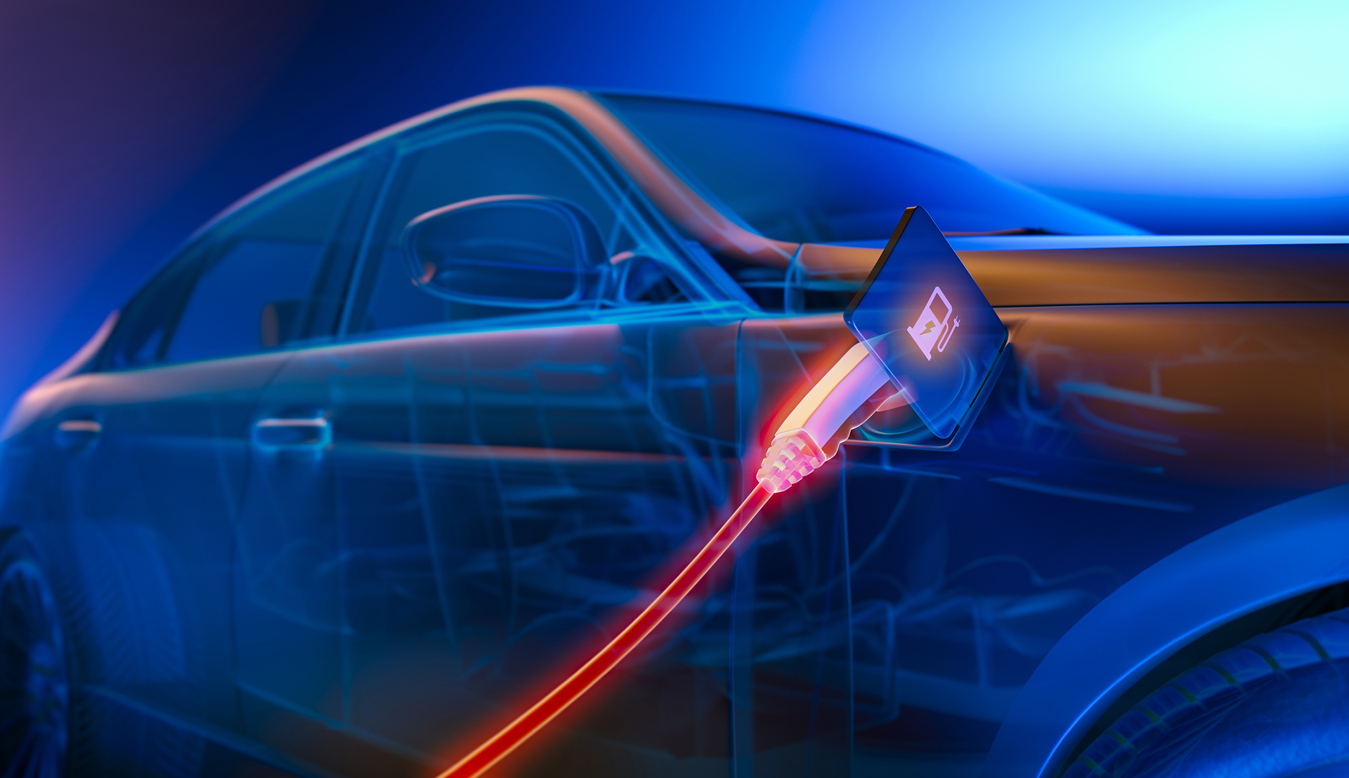