In a glass-walled conference room atop their Maritime Security Operations Center, Port of Greater Baton Rouge commissioners are considering the future of energy. It’s one week after the U.S. presidential election. But the project they’re weighing has been incubating for years.

From their promontory on the west bank of the Mississippi River, they command a view of the 517,000-barrels-per-day ExxonMobil refinery; the nation’s tallest state capitol; a Water Campus guiding Louisiana’s $50 billion coastal master plan and global research; and, just downriver, the 102,000-seat Tiger Stadium at LSU.

Inside the conference room, LSU graduates Daniel Shapiro and Bengt Jarlsjo command their attention. Shapiro and Jarlso forged legal, finance and engineering experience at Fortune 500 firms into Fidelis Infrastructure LP, an investment company focused on renewable energy projects and sustainable and digital infrastructure. Shapiro is unveiling plans to the commission for a $9.2 billion renewable diesel refinery, built in phases, that will feed off Louisiana’s farm sector.

“This is not a science experiment,” Shapiro tells them. “This is bankable, proven, mature technology.”

From grain, coffee, sugar and wood biomass pellets to crude oil, carbon black, bulk chemicals and plastics, the port already serves as a nexus for renewable farm products and refined energy goods. What Shapiro proposes for the Port of Greater Baton Rouge is a union of the two, a conversion of soybean oil, corn oil and animal fats into diesel fuel.

Ultimately, commissioners approved a lease for the Fidelis refinery, operating as Grön Fuels, to advance the proposed project near the junction of the Gulf Intracoastal Waterway and the Mississippi River. Over the next decade, the project could create 1,025 new direct jobs with an annual payroll of over $100 million. An estimated 4,560 new indirect jobs would result in the region.

“The project is great for the people of Louisiana; the port, and the community and economic development mission it serves; the agricultural industry; and those who benefit from the clean fuels the plant will produce,” said Executive Director Jay Hardman of the Port of Greater Baton Rouge.

Despite a COVID-19 public health emergency that muddled many plans in 2020, Louisiana’s energy sector has refocused on future demand, with a broad slate of capital projects that include the industry’s biggest names.

In December 2020, the ExxonMobil Baton Rouge Refinery announced plans for a suite of projects that will make the nation’s fifth-largest refinery more competitive. Along with affiliated chemicals, plastics, lubricants and other operations, ExxonMobil’s Baton Rouge operations support over 5,000 direct and contractor jobs, with an annual payroll exceeding $600 million.

The company’s Baton Rouge Refinery Integrated Competitiveness initiative would generate more than 2,000 construction jobs, $291 million in new earnings and $739 million in new sales over the next decade in Louisiana. The project would enhance ExxonMobil’s flexibility in refining crude oil products while further reducing emissions. It follows another $500 million polypropylene investment for ExxonMobil’s Baton Rouge Chemical Plant, announced in 2019.

“ExxonMobil has operated in Baton Rouge for more than 110 years and has provided high-quality jobs for decades at the integrated refinery and chemical complex,” Louisiana Gov. John Bel Edwards said of the state’s largest manufacturing employer and largest property taxpayer. “The 2019 announcement of the company’s decision to progress the Baton Rouge polypropylene project, combined with this potential investment, demonstrates that ExxonMobil has confidence in the future of Louisiana and in our outstanding workforce. Louisiana looks forward to working with ExxonMobil to make this investment happen.”

With a goal of serving as an energy leader and a climate leader, Louisiana is leveraging the strengths of major energy players like ExxonMobil, while also cultivating emerging projects in renewable fuels. Earlier in 2020, Edwards created the Louisiana Climate Initiatives Task Force, a panel of more than 20 leaders in oil and gas, coastal management, agriculture, environmental regulation, conservation, chemical manufacturing, economic development, planning and development, cultural affairs, law and geology. 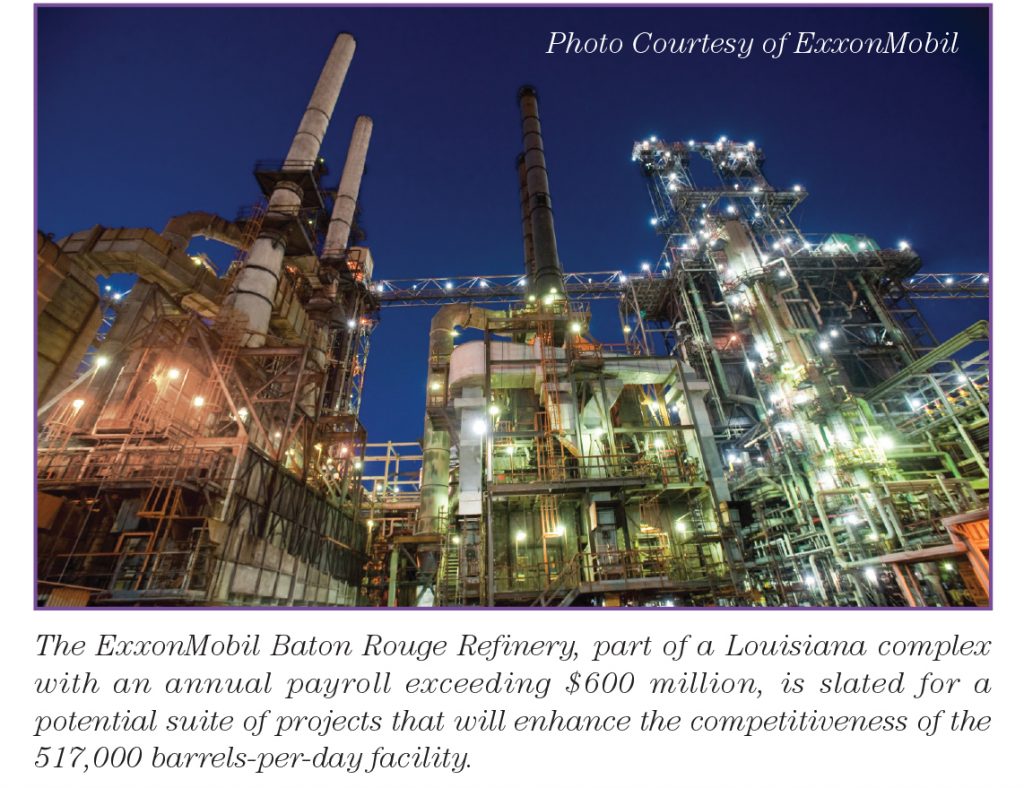 “Just as we have done with coastal protection and restoration, we are building an inclusive, science-driven process to lead us to solutions to an incredibly complex and difficult problem,” said Edwards, who charged the task force with developing a detailed climate plan by February 2022. “By engaging stakeholders from all sides of this issue in the development of these policies, we will take a comprehensive look at how best to meet the challenges of the future.”

In November 2020, CF Industries — which operates the world’s largest nitrogen-based fertilizer manufacturing site in south Louisiana — committed significant investment beyond the $2.1 billion expansion it completed in 2016. That expansion, and succeeding projects, have boosted direct company employment at the Donaldsonville, Louisiana, complex by more than 40 percent in the past decade, to 500 jobs.

As the world’s largest producer of ammonia, CF Industries plans investments across its manufacturing network to enable the capture of carbon emissions from the ammonia-making process. The company estimates it can produce 3.5 million tons of low-carbon ammonia without affecting its current product mix. In the process, it plans to reduce greenhouse-gas emissions by 25 percent this decade and to reach a carbon-neutral posture by 2050, in line with the Louisiana task force goals.

A demonstration project will bring an initial $100 million electrolysis unit to the Louisiana site. There, CF Industries will manufacture carbon-free ammonia as an effective medium for producing hydrogen fuel, which is expected to emerge as a leading energy source in the coming decades.

Approximately 20 percent of the U.S. refining capacity resides in Louisiana, where 17 refineries combine to process up to 3.3 million barrels of crude oil per day. LOOP, or the Louisiana Offshore Oil Port, is the nation’s only deepwater oil port and augments the nation’s greatest pipeline density to make a Louisiana an energy hub.

The development of liquefied natural gas export terminals by Cheniere Energy (Sabine Pass LNG) Sempra Energy (and its Cameron LNG investment partners), along with a Venture Global facility under construction (Calcasieu Pass LNG) also has made Louisiana the U.S. leader in natural gas exports for global power generation and other energy applications.

Twenty-five miles west of New Orleans, a 1,000-acre industrial site is teeming with 1,500 construction workers who’ve pounded thousands of foundation piles into the earth and installed processing pipe measured by the hundreds of thousands of feet. This year, they’ll complete a refinery expansion, ahead of schedule, that offers a glimpse into the world’s energy future.

Next to a mature 340,000 barrels-per-day crude oil refinery, Valero Energy and venture partner Darling Ingredients are expanding this Diamond Green Diesel refinery, an eight-year-old site. They’ll more than double the annual capacity to 675 million gallons. In St. Charles Parish, a Louisiana community of 53,000 people and over 20 major industrial sites, it is the largest renewable diesel refinery in North America.

“Our parish is steeped in industrial production,” said St. Charles Parish President Matthew Jewell. “Along with the billions of dollars in capital investment attracted over the years, we’ve developed a globally competitive workforce and a hub for manufacturing research and development. We’re not only productive. We’re creative. We’re excited about our energy future, and we’re confident St. Charles Parish and Louisiana will be innovative contributors to that future.” 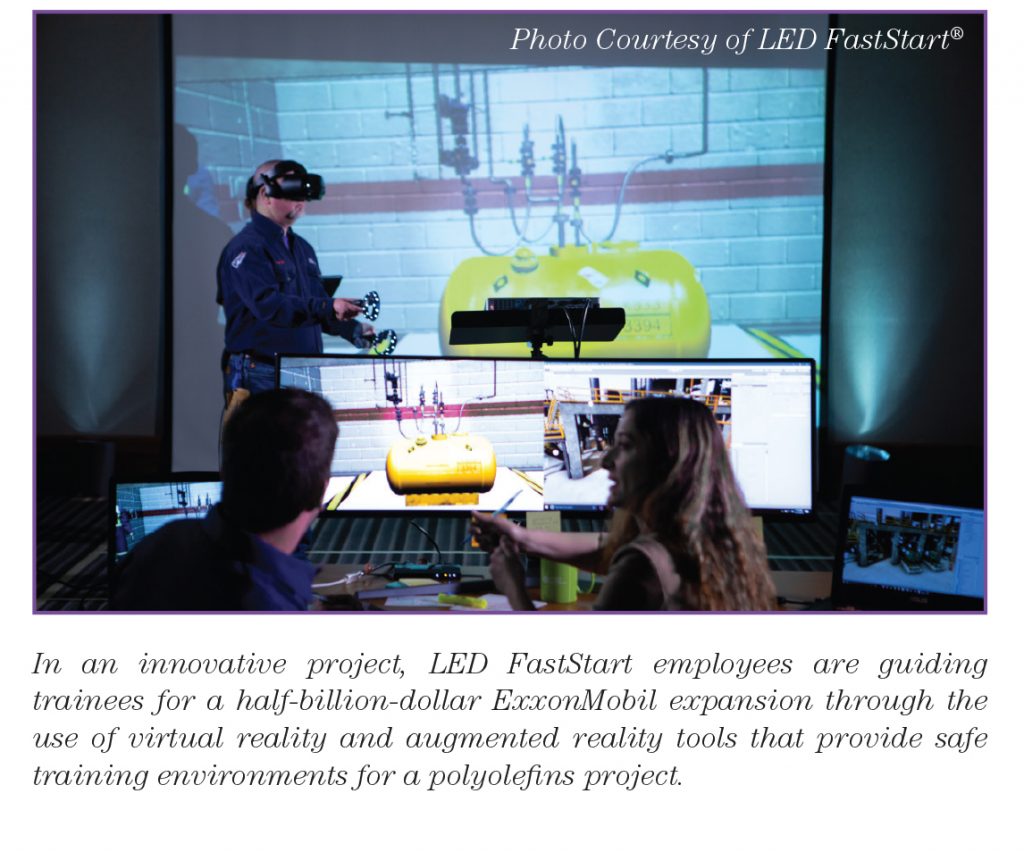 In their joint venture, Valero and Darling Ingredients opened the original 10,000 barrels-per-day refinery in 2013, then expanded it to 18,000 barrels, which feeds off 2.3 billion pounds a year of inedible corn oil, vegetable and animal byproducts, along with used cooking oil — all sourced by Darling Ingredients.

In another example of how Louisiana is marrying traditional energy with renewable energy to meet market and climate goals, Valero also is boosting output of alkylate, a high-octane gasoline component, at its neighboring crude oil refinery in St. Charles Parish. Together, the projects represent $1.5 billion in new capital investment and will boost combined direct employment beyond 600, with a similar number of contractor jobs on-site.

In October 2020, yet another renewable energy project emerged in Ascension Parish along the Mississippi River. There, Renewable Energy Group Inc., or REG, announced a minimum $825 million capital investment to more than triple its renewable diesel production to 340 million gallons per year in Geismar, Louisiana.

Slated to begin construction this year, the REG project will boost renewable diesel capacity to more than one billion gallons per year. The first phase of the Grön Fuels project at the Port of Greater Baton Rouge would double that capacity again, pending a final investment decision this year on a 60,000 barrels-per-day renewable diesel refinery.

Wind energy also will play a role in Louisiana’s aim to reach key climate goals. In November, Gov. Edwards asked the U.S. Bureau of Ocean Energy Management to establish an intergovernmental task force that would chart the regulatory path for offshore wind in the Gulf of Mexico. Today, wind energy is the nation’s No. 1 source of renewable energy, and Louisiana is uniquely positioned to grow that source.

“As technology and expertise advance, we should explore additional opportunities in energy, such as offshore wind,” said Don Pierson, the state’s cabinet Secretary for Louisiana Economic Development. “Some of the state’s offshore oil and gas service-providers have already played a key role in the early development of offshore wind projects off the East Coast, so it makes plenty of sense to pursue that renewable energy source and the associated economic benefits.”

Forecasts by the National Renewable Energy Laboratory and industry sources suggest offshore wind energy could grow to 22 gigawatts through $70 billion of new capital investment in manufacturing and port infrastructure and 45,000 new jobs. The Gulf of Mexico is expected to produce 10 percent of that energy as soon as 2035.

Coastal Louisiana is not the only part of the state playing an instrumental role in the renewable energy future. In North Louisiana, Drax Biomass is compressing wood pellets from sustainable forestry sources to fuel renewable electricity generation in the U.K. In 2018, Drax Group’s U.S. headquarters moved to Monroe, Louisiana, also the headquarters of Fortune 500 Lumen Technologies.

Coastal Louisiana is not the only part of the state playing an instrumental role in the renewable energy future. In North Louisiana, Drax Biomass, part of British energy company Drax Group, is producing wood pellets from sustainable biomass that is used to generate renewable electricity in the U.K. In 2018, Drax moved its U.S. headquarters to Monroe, Louisiana, also the headquarters of Fortune 500 Lumen Technologies.

Nearby in rural Morehouse and LaSalle parishes, two of Drax’s manufacturing plants contribute to annual production of 1.5 million metric tons of sustainable biomass pellets shipped through the Port of Greater Baton Rouge. Drax aims to boost its yearly pellet production to five million metric tons in 2027 from 1.5 million today, and to become carbon-negative by 2030 with a game-changing technology – known as bioenergy with carbon capture and storage – at its U.K. power-generating facilities.

“Sustainable biomass is already playing an important role in meeting global climate targets – both in producing renewable electricity and as a path to negative emissions,” said Senior Vice President Matt White of Drax Biomass. “Louisiana’s well-managed and sustainable timber industry is well-placed to continue providing the resilient and robust supply of biomass needed to generate renewable electricity in the U.K., while also providing jobs and clean growth to the economy here.” 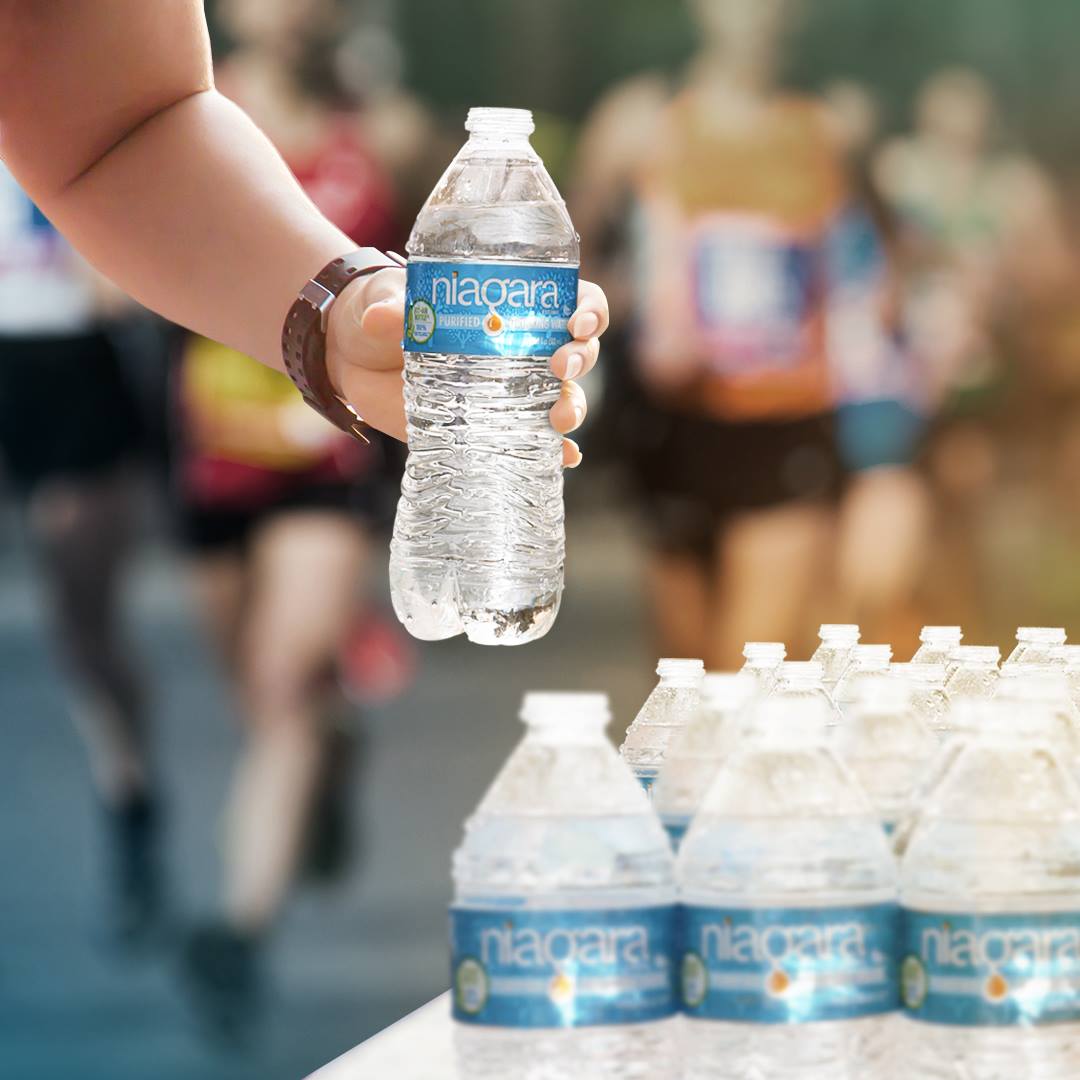