The Port of Virginia is served by every primary shipping line that connects Virginia with major ports throughout the world. A massive expansion is underway to dredge its channels to 55 feet deep and widen them, as well. This project will be completed by 2024, at which time Virginia will be home to the deepest port on the U.S. East Coast with channels wide enough to handle two-way traffic of ultra-large container ships.

Founded as a business venture in 1607, Virginia represented the first English settlement in North America and a gateway for enterprise. More than 400 years later, the Commonwealth has upheld its global reputation and emerged as a hub for entrepreneurship and innovation. Today, Virginia is CNBC’s Top State for Business, thanks to its pro-business environment, top-tier education system, and strategic investments in 21st-century workforce solutions.

The Commonwealth is home to the corporate headquarters of 35 Fortune 1000 firms, and continued investments from industry leaders like Amazon, ASGN, DuPont, Hershey, and Microsoft reinforce Virginia’s longstanding position as a premier business destination. The Commonwealth has meticulously crafted a supportive ecosystem for businesses to thrive, while adapting modern solutions and enhancing its centuries-old legacy as an economic powerhouse.

Stability and Strategic Access to Markets
Virginia’s pro-business environment is critical to its value proposition. The Commonwealth boasts the sixth-lowest average commercial electric rate in the United States and building costs that are six to eighteen percent below the national average, depending on the region. Virginia also maintains a six percent corporate income tax – one of the lowest in the nation – that hasn’t increased since 1972.

Virginia offers unparalleled access to national and international markets from its midpoint location on the East Coast. This prime position within a one-day drive of 47 percent of the U.S. population is complemented by the Commonwealth’s extensive transportation infrastructure, which includes the third-largest, state-maintained transportation network in the country and six major interstate routes covering over 70,000 miles. Ten railroads, including CSX Corporation and Norfolk Southern Corporation, operate on the state’s network of more than 3,500 miles of railway. Virginians have access to 16 commercial airports with flights to more than 100 domestic and 50 international destinations, including Washington Dulles International Airport, a gateway that provides non-stop flights to every continent in the world except Antarctica and Australia.

Virginia companies can easily navigate the global marketplace through the Port of Virginia, the third-largest port on the U.S. East Coast by total TEUs (twenty-foot equivalent units). This modern port is served by every primary shipping line that connects Virginia with major ports throughout the world. The port is dredging its channels to 55 feet deep and widening them, as well. This project will be completed by 2024, at which time Virginia will be home to the deepest port on the U.S. East Coast with channels wide enough to handle two-way traffic of ultra-large container ships (ULCVs). The port offers double-stack rail service from both of the East’s Class 1 railroads, is located within a day’s drive of two-thirds of the nation’s population, and is able to service multiple ULCVs at once. The vital access provided to Virginia-based exporters and importers will only increase as the port nears the completion (Fall 2020) of a massive, $800 million expansion of its two largest container terminals. The expansion gives the port the capacity to handle an additional one million container units annually, and will help to drive cargo volumes, job creation, and investment throughout Virginia.

Connectivity is key to Virginia’s position as a choice location for international businesses, and more than 800 firms from over 40 countries call the Commonwealth home. These companies represent nearly $6.38 billion in foreign direct investment in the Commonwealth over the past 10 years, and demonstrate the wealth of opportunity available to global companies seeking growth in North American markets from Virginia.

Higher Education and 21st-Century Workforce Solutions
CNBC ranked Virginia as the best state for business in large part due to its highly skilled workforce and innovative higher education system. The Commonwealth’s workforce of more than 4.3 million successfully supports the state’s substantial industrial base, and represents one of the most productive and educated demographics in the U.S. Nearly two in five Virginians (39 percent) have bachelor’s degrees or higher, and 60 percent stays in the state after graduation, compared to the national average of 54 percent.

Among the 10 categories factored into the CNBC ranking, Virginia came in at No. 1 for both workforce and education. The state’s higher education system is the ninth-largest in the nation and includes 23 community colleges with 40 campuses around the Commonwealth. There is a community college within 30 miles of every Virginian, providing businesses direct and sustained access to highly trained talent.

Virginia is committed to building the labor pool to meet companies’ needs in every region of the Commonwealth. Virginia maintains a robust workforce development system and is pushing new boundaries in the development of 21st-century talent through its innovative workforce solutions. In 2019, the Virginia Economic Development Partnership launched the Virginia Talent Accelerator Program, a world-class, turnkey, custom workforce recruitment and training incentive program executed in collaboration with the Virginia Community College System, with funding support from the Governor’s administration and the Virginia General Assembly. The program accelerates new facility start-ups through the direct delivery of recruitment and training services that are fully customized to a company’s unique products, processes, equipment, standards and culture. All Virginia Talent Accelerator Program services are provided at no cost to qualified new and expanding companies as an incentive for job creation.

To strengthen the tech talent pipeline across Virginia, the Commonwealth is making performance-based investments in public higher education institutions statewide. Virginia’s Tech Talent Investment Program has committed $1.1 billion to more than double the annual number of graduates in computer science with bachelor’s and master’s degrees in computer science and related fields, ultimately resulting in more than 31,000 additional graduates over the next two decades in excess of current levels. Fourteen Virginia universities will share state funding over the next two decades for the expansion of their degree programs and construction of new facilities, fueling the growth of the Commonwealth’s robust tech sector.

The addition of these programs to Virginia’s workforce development capabilities further enhances the Commonwealth’s value proposition, while continued collaboration among state, regional, and local partners around both industry-wide and company-specific workforce needs will ensure a talent pipeline that is prepared for the technologies and industries of the future.

A Launching Pad for Aerospace Research and Development
The Commonwealth’s assets and infrastructure for high-performing enterprises have resulted in a diverse set of key focus industries which include Advanced Manufacturing, Corporate Services, Food and Beverage Processing, Information/Communication Technologies, Life Sciences, Supply Chain Management and Unmanned Systems. In particular, Virginia has emerged as a leader in the aerospace sector, driven by growth at the Wallops Flight Facility on the Eastern Shore—NASA’s sole launch range and one of only four U.S. locations licensed by the FAA to launch into orbit. 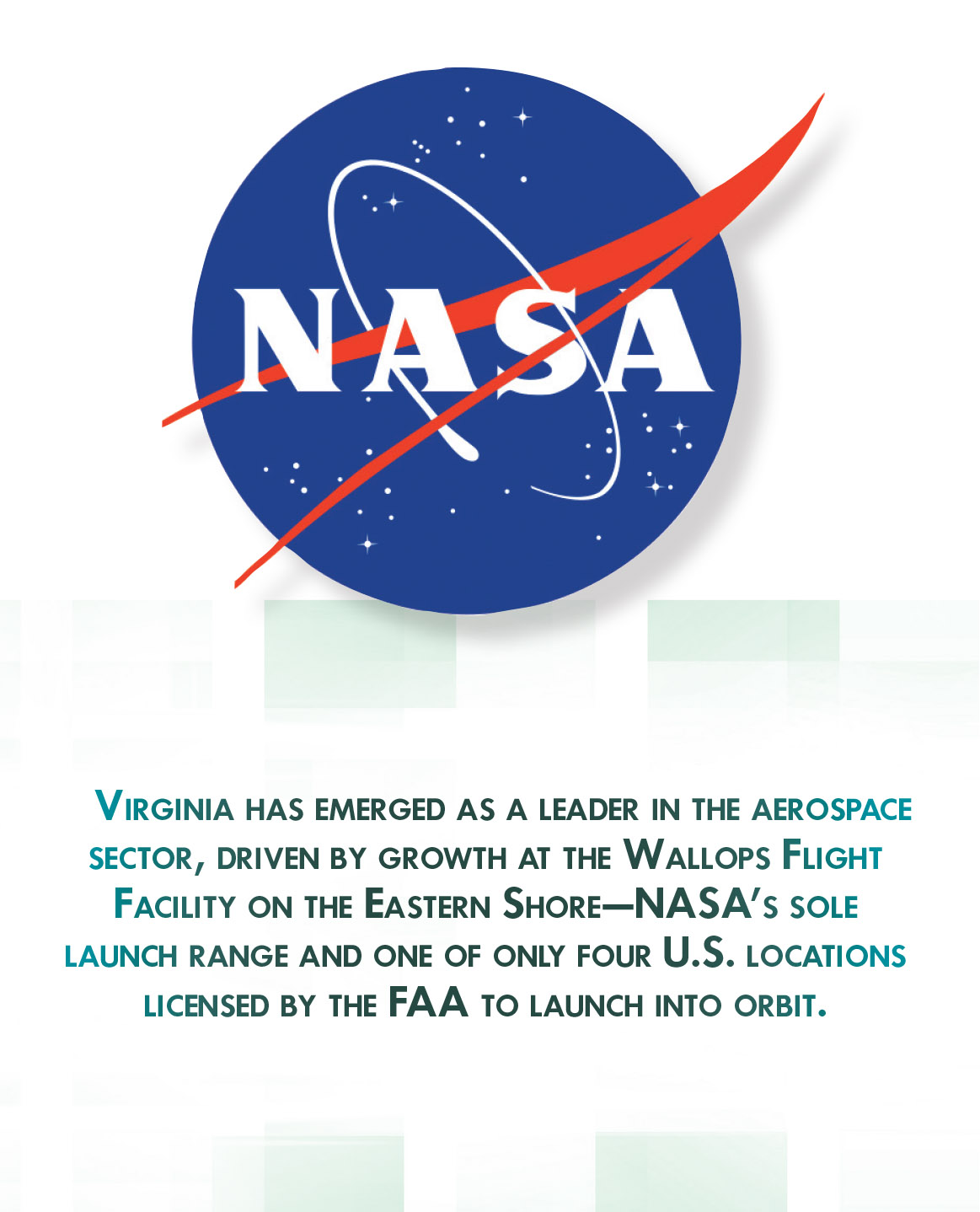 Virginia has long been a leader in the aerospace industry, with numerous NASA breakthroughs developed at the agency’s Langley Research Center in Hampton since 1917. NASA Langley comprises nearly 200 facilities on 764 acres and employs about 3,400 civil servants and contractors. The National Institute of Aerospace (NIA), also headquartered in Hampton, is a nonprofit research and graduate education institute created to conduct innovative aerospace and atmospheric research, develop new technologies for the nation, and help inspire the next generation of scientists and engineers. NIA serves as a strategic partner with NASA Langley Research Center and the aerospace community to enable research creativity and expand technology development opportunities.

Many major aerospace companies choose to locate and expand in Virginia, drawn by the proximity to government agencies and the strong talent pool. While industry giants such as Boeing (through its subsidiary, Aurora Flight Sciences) and Northrop Grumman have long developed cutting-edge technologies in Virginia, the Commonwealth is emerging as a player in the growth industry of commercial space flight. New Zealand-based Rocket Lab chose to locate its second launch site at the Mid-Atlantic Regional Spaceport on Wallops Island and finished construction in late 2019, focused on providing regular, dedicated launches of smaller satellites (less than 500 pounds) for government and commercial clients.

The advantageous geography of Wallops Island, renowned research sites, and proximity to the federal government are major reasons for Virginia’s success attracting aerospace investment, and these companies also find a deep bench of talent in the Commonwealth. Virginia’s 274 aerospace companies employ over 27,000, and top-ranked educational institutions offer world-class engineering programs to provide a pipeline of skilled workers in the industry. PricewaterhouseCoopers ranked the Commonwealth as the sixth-most attractive state for labor in aerospace manufacturing (2019), driven in no small part by Virginia Tech, where the aerospace engineering program was ranked fifth-best globally by the Center for World University Rankings in 2017.

Virginia’s strength in aerospace is rooted in the diversity of the sector, with manufacturing, defense, R&D, and commercial space represented in the Commonwealth. As companies continue to partner with Virginia’s leading educational institutions to advance industry research and develop next-generation technologies, the Commonwealth will remain at the forefront of the aerospace industry and other leading-edge sectors for the foreseeable future. 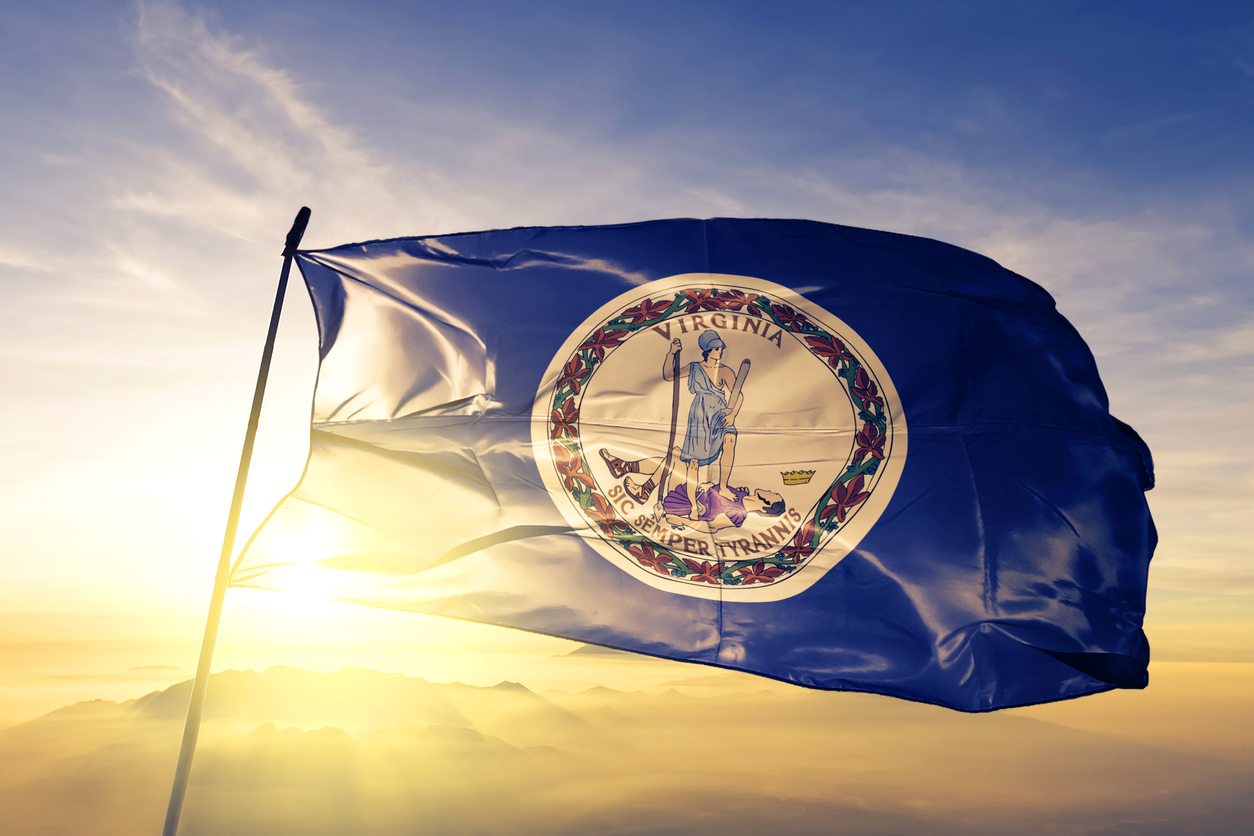 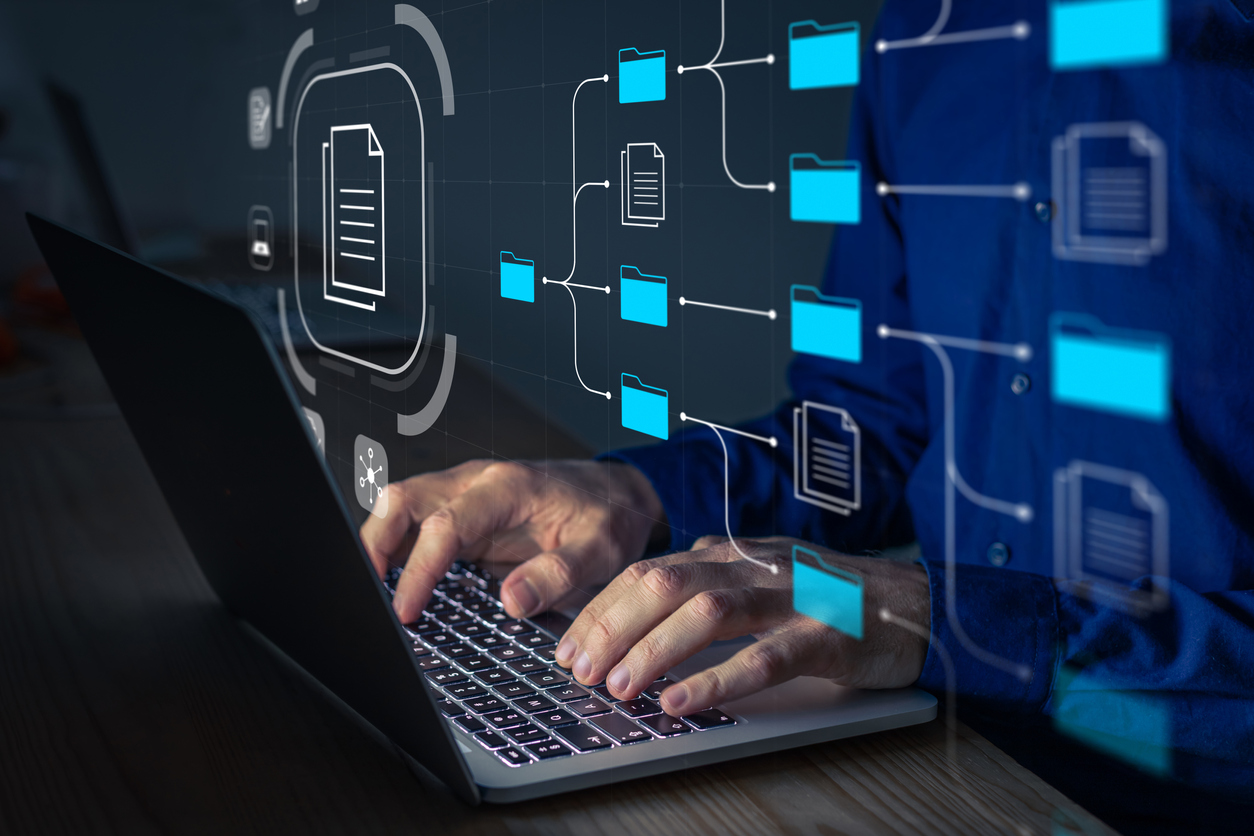 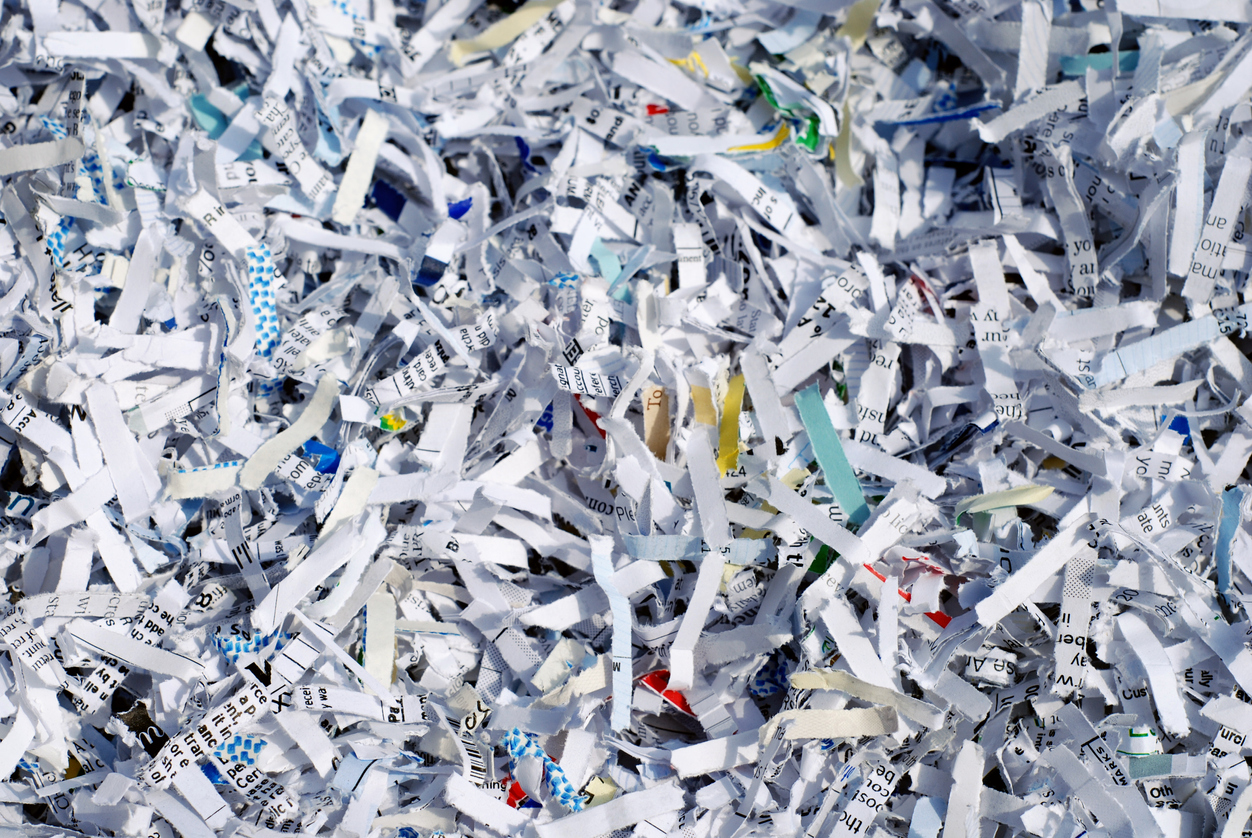 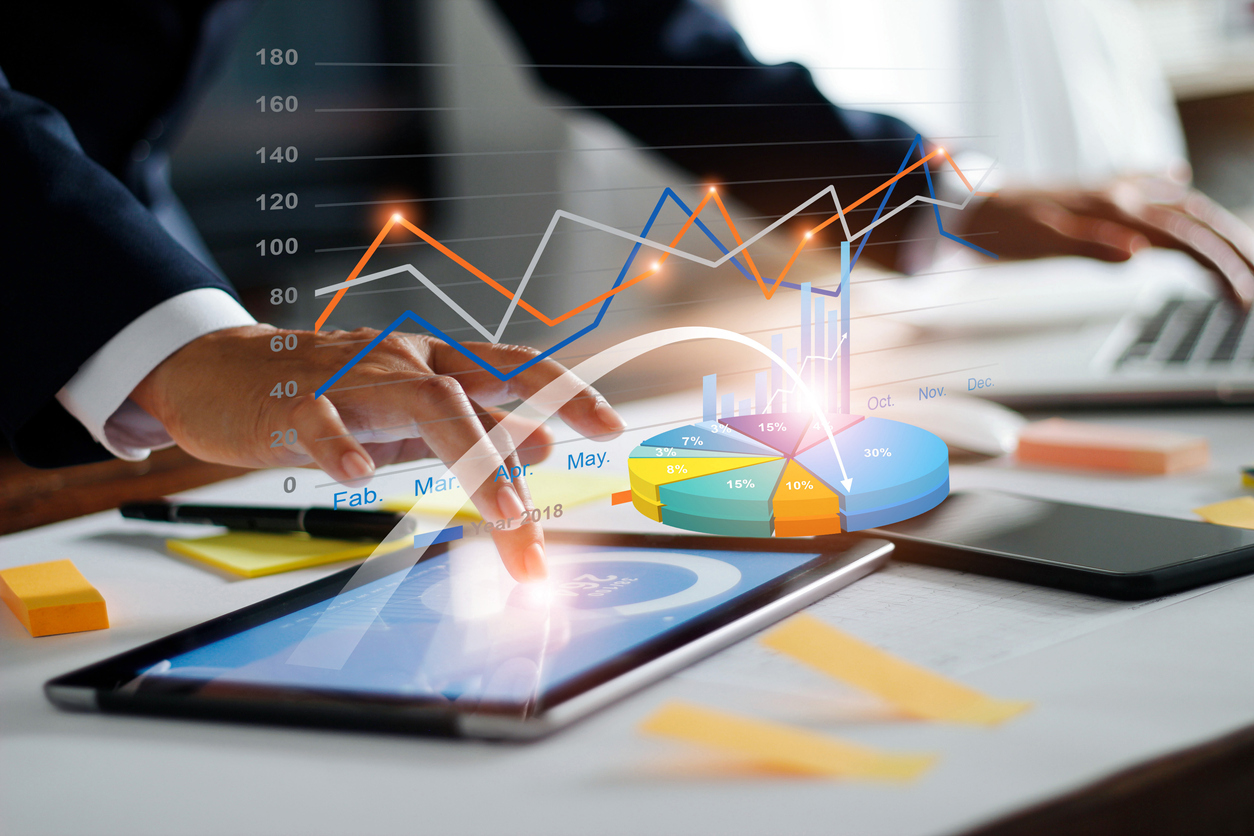