With data centers, there isn’t much of a gray area.

To most observers who live, work or play around these often immense structures, they’re rather dull but necessary monoliths. They can lifelessly loom along a given horizon, which one might encounter driving through what’s known as Data Center Alley in what, at one time, were the outer reaches of Northern Virginia.

But to industry professionals, while their appearance doesn’t usually stimulate the imagination, they’re more exciting because they house the latest technical wizardry, complete with all the blinky lights, and provide that essential link between new technology and boosting the economy.

And while it’s been a slower couple of years due to the COVID-19 pandemic, the industry forecast looks bright. The data center market was valued at $215.8 billion in 2021 and is estimated to reach $288.3 billion by 2027, according to Chicago-based Arizton Advisory & Intelligence, which predicts a compound annual growth rate of 4.95 percent during that span.

Those bold numbers aren’t surprising upon simple reflection of society’s dependence on data, which has boomed with technology’s onward march. A glance at www.statista.com reveals that as of January 2022, there were 2,701 data centers in the U.S.

“Stop and think for a moment about all of the businesses in the marketplace that need, or potentially need, this service,” said Wedad Elmaghraby, the Dean’s Professor of Operations Management at the Robert H. Smith School of Business at the University of Maryland, College Park. “If they do not have their own data center,” their data is being hosted at another facility.

That’s because businesses today are “devouring data in their effort to create positive monetary outcomes that often require big data capabilities. That’s why we continue to see the rise in the number of data centers,” said Elmaghraby. “More and more of what businesses do requires the services of data centers, whether it’s managing emails, human resources or capturing and processing big data that is critical to their business’ competitive advantage.” 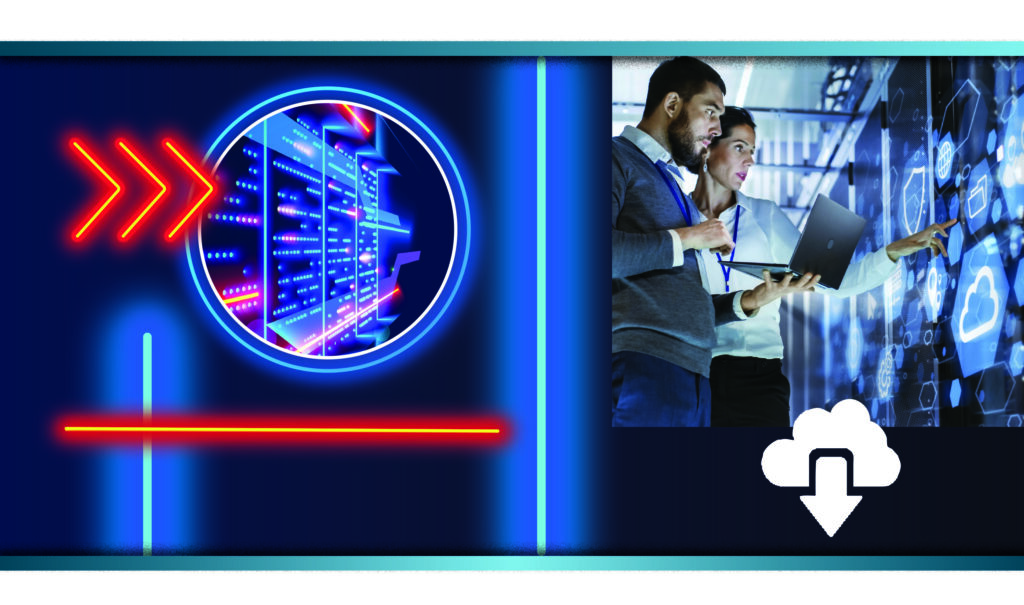 To do that successfully, they need to process a large number of transactions and data in a timely manner, she said. “Quick answers, quick analysis and quick touchpoints. Nobody wants to send an email and have it get to their customer two hours later.”

That’s understood. It’s also understood that there are various reasons as to where to site these often (but not always) huge facilities, as needs of their owners, as well as local acceptance, vary.

“For data centers, water availability has emerged as a much more influential siting factor,” said Dennis Donovan, principal with Wadley Donovan Gutshaw Consulting, Bridgewater, N.J. “First, many areas are drought-stricken; second, there could be strong citizen and political resistance, even in areas with an ample water supply.”

Why? “Because [citizens, etc.] could question allocating a large amount of a precious resource for an entity that might generate property tax revenue, but often not sales dividends, as data center purchases can be exempt state and local sales tax. Additionally, data centers do not provide many jobs,” said Donovan.

Arthur Jackson expanded on Donovan’s statements. “When you consider the amount of real estate that data centers require and their investment in a community, relatively speaking they don’t generate many jobs. However, they still create a big demand for local services and they’re big contributors to a local tax base,” said Jackson, senior vice president of economic development at the Tulsa Regional Chamber.

“That’s huge for school districts, for instance,” he said, “which are typically the largest users of taxes and can make new investments.”

Regarding Donovan’s comment about the importance of water supply, Jackson also pointed to climate. “It can’t be too hot. Owners avoid areas that experience extreme weather and earthquakes,” said Jackson, noting other factors such as the availability and cost of not only water, but also electricity, as centers consume a great deal of power and thus generate considerable heat.

Those factors can make a market like Tulsa more attractive. It already hosts data centers for Google, Lumen Technologies, Core Scientific and more recently Northern Data, which also announced its North American headquarters in Pryor, Okla. “We’re also more affordable,” he said. “For instance, our power costs 30 percent less than elsewhere in the country and we’re a deregulated energy market.”

Tulsa also “has good redundancy with the availability of power from the Public Service Company of Oklahoma the Grand River Dam Authority, as well as telecom and fiber infrastructure with Cox and AT&T, among others,” Jackson said, while pointing out that he’s seeing more corporations looking to locate centers in the Midwestern states, noting that Iowa has a new Meta facility and a center from Apple has been in the works for some time.

Long-term, he thinks the industry is will boom in correlation with the public’s insatiable appetite for information. “With the move to digital and increasing amounts of data going into the cloud, demand for data centers will grow exponentially,” Jackson said. “Any entity, large or small, that has a need for data will just require more storage.”

The recent expansion announcements the Midwest “are just the most obvious examples,” he said, “but he boom is happening in almost any sector of the business world.”

While data centers often rise in the outskirts of large metro areas, especially as available land becomes increasingly scarce, Victor Hoskins, president and CEO of  Virginia’s Fairfax County Economic Development Authority, noted how the owners of one data center took an opposite tack.

“We may see more data centers moving more urban environments,” noting the Hudson Interxchange in New York City, which was recently purchased by Cordiant Digital Infrastructure, said Hoskins. “The intent was to get the cloud closer to its clients. Even a fraction of a second can matter today, as well as access. And what happens in New York can often start a trend.”

Perhaps, but on that note he pointed out that the Northern Virginia market has 4.7 times the data capacity of even Silicon Valley, according to CBRE. He said Northern Virginia is home to “more than 200 centers, including 28 million square feet in Loudoun County, 33 centers in Prince William County and 28 centers in Fairfax County,” (which is closer to Washington, D.C.). In Virginia, the centers support “more than 45,000 jobs, so that’s a $3.6 billion payroll.”

If that doesn’t seem like enough jobs for the effort, “The centers have an economic output in the state of $15.3 billion,” he said. “So they do generate business in the community.”

Not only that, the structures in a market that might be considered architecture’s nadir “are getting better looking,” Hoskins said. “We’re even starting to see lobby entry spaces on sites that are used for meetings.”

Given said complications of building such large projects, Bruce Curling, chief commercial officer at the Fargo, North Dakota, office of BitZero, said the market will see a greater move toward leasing among hyperscalers like Facebook, Microsoft, Amazon and Google.

“These companies have money and can obviously build if they want to, but leases in existing facilities can get them live much faster,” Curling said. “You have to remember that datacenter construction is quite expensive. Both new construction or even the refurbishment of existing buildings can reach $12 million per megawatt,” so leasing becomes a very attractive option.

He also predicted a move away from Tier 1 data center markets, such as Loudoun County/Northern Virginia. “You have to remember that the industry is beholden to three things: space, power and network. I like to call them the Holy Trinity of Data Centers,” he said. “If you find a location close to an area with these three things, plus considerable business activity, you could very well be looking at great location.”

But only so much power and space are available anywhere, so as those locations run out of space, power and network, data center providers look outward for new deployments. A great example is, again, Loudoun County, which “was the top data center location in the world for decades,” he said.

So what’s happening in Northern Virginia today? “We’re seeing yet another expansion south, to nearby Culpeper County – which offers (surprise) space, power and great proximity to network,” he said.

While that’s what’s happening in a Northern Virginia, Curling reiterated that “companies are moving away from Tier 1 markets” that also include Silicon Valley, Dallas/Fort Worth, Chicago, and Phoenix, said Curling. “We’re starting to see great interest in markets like Minneapolis and Fargo, which offer the necessary infrastructure.”

Another trend to follow is the greater emphasis on physical security, not just cyber or network security. “The cloud offers great cybersecurity to cover virtual threats and availability zones to mitigate network threats, but these items alone are becoming insufficient,” he said. “Drug and chemical companies, banks and government entities are starting to demand military-grade physical [protection] for their data.”

Thus, the market is now seeing former military assets like mountain bunkers and nuclear shelters being converted into data centers. “These data bunkers leverage their military heritage to provide customers with high levels of reassurance that their data can withstand force majeure events like electromagnetic pulse, blast effects or even excessive grid outages,” Curling said.

And that will be great for the planet. “But in my opinion, it will have an even greater impact for data center operators – that of a dedicated power plant,” Curling said. “This will ultimately reduce grid dependency and provide customers with greater reassurance of uptime.”

Expanding on Curling’s thoughts was Lee Kestler, principal of Leesburg, Virginia-based Kopend Ventures and a veteran of Data Center Alley. He believes the industry is pioneering the evolution of a clean energy ecosystem.

“The future looks bright, but we need to continue to educate the citizenry about the intentional work that data centers have for clean energy,” said Kestler. “For instance, despite the high capital costs, many renewable energy projects receive direct investment from within our industry. Data centers operators have aggressive self-imposed commitments to clean energy and some reports show more than 60 percent of contracted renewables are data center operators.”

“No industry is spending more money or openly pushing harder to Net Zero than the tech sector,” he said. “All of this benefits the general population.”

Further, the proliferation of consumer demand for access to 24/7/365 Internet-based applications is insatiable and still in its early stages, he said. “For anyone with a smart phone, tablet, appliance or electric vehicle, that user experience could not exist without an ecosystem of digital infrastructure making it all happen.

“And that,” said Kestler, “is in the data center.” 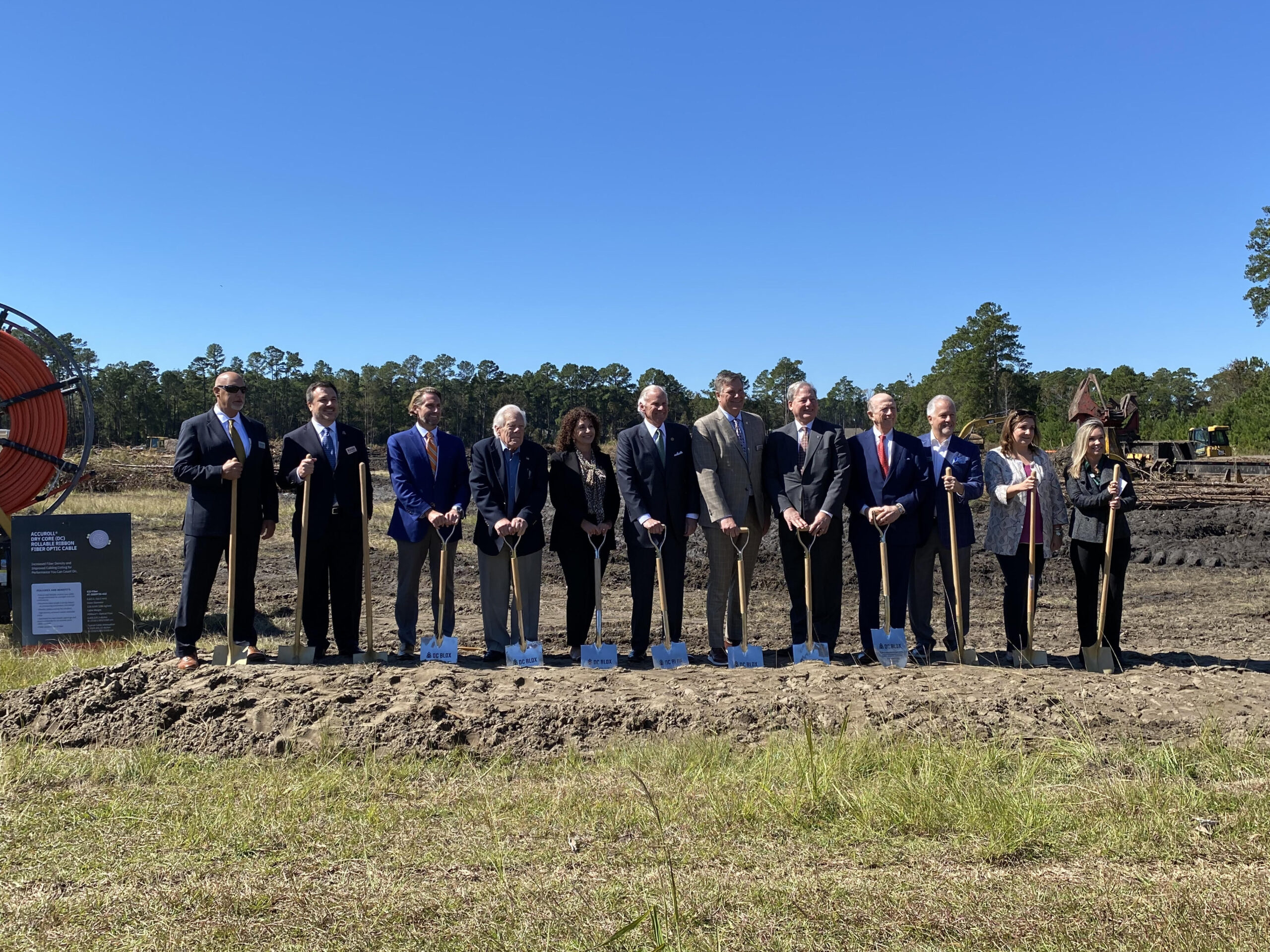 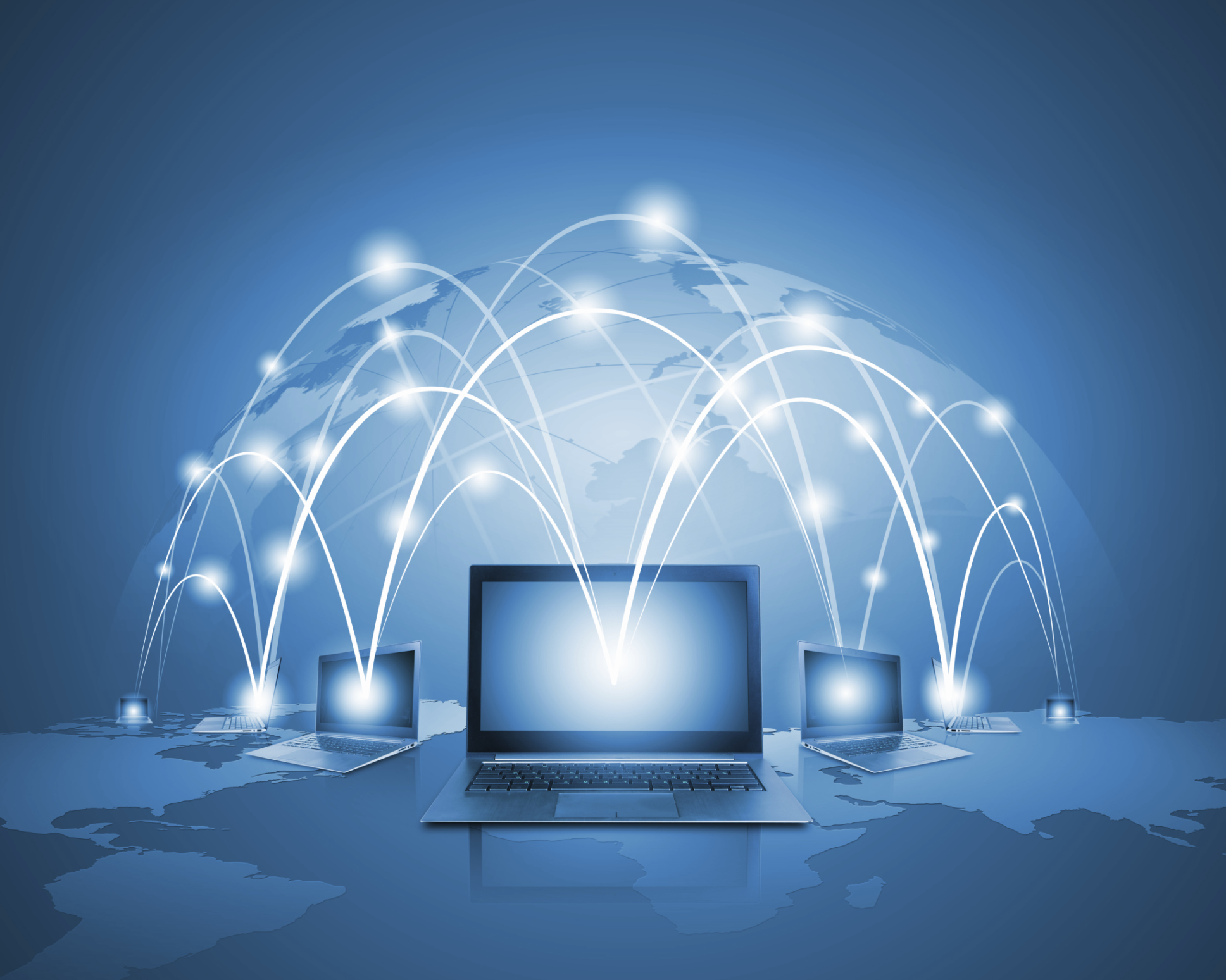