Data Centers have been proliferating due to several forces including the economic recovery, cloud computing, big data, Internet of Things, insatiable demand for real-time information, mobile communications, and risk minimization.

The proliferation of data centers has occurred in nearly all industries.  Perhaps the biggest growth has transpired in the technology industry (from Google to Facebook).

Scale still matters in data centers.  Reports on the demise of “big box” operations have been exaggerated.  In fact, many of the data centers established in the last couple of years have been well in excess of 500,000 sq. ft.

Given the explosion of technology in all walks of life, the data center industry will continue displaying robust growth.  This will include both standalone facilities and operations in shared space, referred to as collocation.

This article addresses the dimensions of site selection for data centers.  We begin with a discussion of mission critical typology.

Mission Criticality
Before engaging in the site selection process it is necessary to determine how mission critical is the proposed data center.  A tiered scheme (standards from the Uptime Institute) is used to quantify mission criticality.  This will directly influence the requisite characteristics that any candidate site must possess for accommodating the new center’s operational requirements.

Tier 2
• Partial redundancy in power and cooling
• 99.749 percent electric power reliability (allows for up to 22.688 hours of annual downtime)

Below, we further elaborate of some of the more overarching location factors.

Existing Buildings vs. New Construction
After the Telecommunication Act of 1996, speed to market was the main driver in establishing data center facilities. As such, existing office and industrial buildings were targeted and retro-fitted for data center use. The ideal buildings were located near telephone company central offices, with high ceilings and large floor sizes.  Office buildings became less attractive over time due to floor load issues and mixing office space with secure datacenter space. Warehouses and big box retail buildings built for Home Depot and Sports Authority tenants became attractive and were converted to data center uses.  In the central business districts of major cities like Atlanta, Phoenix, Boston and Baltimore, vacant department stores previously occupied by firms like Macy’s, JC Penny’s and others became attractive for conversion due to their heavy floor load capacity and robust fiber optic networks in the downtown area.

Existing buildings remain attractive for data center conversion, however, the interest is towards facilities with in-place electric, connectivity and cooling infrastructure.  This plays a significant role in bringing the data center on line while also reducing the project and capital outlay.  A former bottling facility (IO in Phoenix, AZ) and semiconductor manufacturing building (QTS in Richmond, VA) are examples of heavy manufacturing properties being converted to data center use.

Unfortunately, in most cases where larger data centers are necessary, suitable larger buildings do not exist, requiring companies to seek sites for new construction.  The site selection process is long and focused on the total cost of occupancy, reducing cooling and energy costs, carbon footprint and becoming sustainable. The Pacific Northwest, Washington and Oregon, have been attractive locations for Microsoft, Facebook, Google, Amazon and others for these reasons, given lower, green energy costs thru the use of hydro power from the Columbia River.

Infrastructure
Location, location, location have always been the three essentials in any site selection process.  This still applies, however, with data centers the focus is on power, fiber connectivity, and water availability.

Connectivity and energy is the life blood to data center operations and only one source is not sufficient.  Data centers require redundancy and continuity as they never sleep and must always be ready to respond to the needs of customers communicating around the clock.

The general public takes data centers for granted and is unaware of their importance and significance in pour daily lives. Every phone call, Internet connection, email, tweet, app, video or GPS happens at the speed of light within data centers located across the globe. The multiple Fiber optics telephone carriers such as AT&T, VERIZON, Level 3, CenturyLink, Sprint and others work in tandem inside data centers to divert the packets of information to their destinations.  Diverse routes into the data centers insure re-routing of the data traffic if an outage occurs in one of the lines.  The more carriers with fiber optics in the community and the facility the better.

The two important elements of connectivity are bandwidth and latency.  Bandwidth, measured in bits, kilobits, or megabits per second is the rate data flows over the carrier’s network.  The higher the bandwidth the more information that can pass through the network.  Latency, measured in milliseconds is the time is takes for the information to reach its destination once it is requested.  Low latency gives a network a low speed sometimes experienced with buffering.  This might be acceptable for some non-critical applications, however, more and more firms require extremely low latency for their operations, especially with financial services firms and hi-frequency traders, which is why many of these firms have located in northern New Jersey or comparable suburban locales situated within large metros (e.g., Boston, Chicago, Atlanta, Dallas, Los Angeles, and San Francisco).

Power to the facility is arguably the second most important factor for data centers as connectivity without power doesn’t get you very far.  Similar to mission critical facilities like hospitals, data centers often seek dual power feeds to the facility, ideally from separate and diverse substations.  If power is lost from one electric line feeding the building, switchgear on site quickly transfers the load to the other substation.  Recognizing that sometimes both feeds can go down in severe storms or natural disasters, on site energy is produced by back up diesel or natural gas generators that can run for days or weeks until power is restored by the utility company.

The third important factor for data center operations is an adequate water supply for cooling purposes to keep IT and electronic equipment in the data center operating in acceptable temperature ranges of approximately 65 to 72 degrees.  If there is an ability to use free cooling from the atmosphere the amount of water required is significantly reduced, compared to what would be needed in warmer climates. Since cooling and energy is such as significant component of the operating expense of a data center, more and more firms are seeking locations in cooler climates around the globe.  Apple benefitted in Nevada from its underground water supply while others have their sights set on Iceland and Finland as a result of their low cost, sustainable geothermal and hydroelectric energy sources.

Incentives
Data centers are highly capital intensive.  Today, large centers will range from 0.5 million sq. ft. to over 1 million sq. ft., with ceiling heights well over 30 feet.  These facilities will often sit on 200-300 acres sites.  Construction cost for core & shell can be in the $200-$300 sq. ft. range.  Infrastructure equipment can easily add another $900 to $1,200 per sq. ft.  Total capital investment for an 800,000 sq. ft. data center could approach a billion dollars.  In addition, data centers are power intensive.  Larger operations can consume upwards of 50 MW.

From a labor standpoint, data centers are not people intensive.  Major centers will require around 50-100 workers, mostly in technical positions.  Average salaries tend to fall in the $45,000-$75,000 range.

Given the magnitude of both capital investment and electric power consumption the following incentives are of greatest value to data center operations (in priority sequence).

Collocation
Some companies will opt to site a portion of enterprise wide data center capacity in a collocation center.  This is in effect a wholesale operation where occupants rent space, equipment, and bandwidth.  Collocation facilities provide physical quarters, power, cooling, and security. Companies with small to mid-size IT needs tend to be the most populous tenants in collocated centers.  Even some mega corporations have adopted a hybrid data center model featuring a mix of legacy, private cloud, and public cloud infrastructures.  In choosing a collocation provider, be sure to examine the following:
1. Depth/breadth of capabilities
2. The right location, from “lights out” where everything can be remote to close to home for the quickest disaster recovery
3. Power density
4. Cooling systems
5. Network carriers redundancy
6. High-density, internal environment
7. Verification of downtime standards (certification by the Uptime Institute)
8. Expansion potential

As can be deduced from the above “glimpse” data centers are being established throughout the U.S.  But not all locations are equal. Data centers will gravitate to communities that can most effectively support paramount operating requirements especially:
1. Fully serviced sites
2. Plenty of reasonably priced electric power
3. Plenty of reasonably priced water
4. Multiple utility redundancy
• Power
• Telecom
• Water
5. More than adequate site security
6. Low disaster and terrorist risk
7. Meaningful incentives especially to reduce the cost of
• Capital outlays
• Electric power
8. Fast-track construction /permitting
9. Ability to infuse green/sustainable policies
10. Good supply of technical labor

In many businesses today the site selection equation boils down to HR (people).  Data centers are an outlier.  The pre-eminent equation is infrastructure, primarily utility.  Finding sites that initially meet and will continue to support the “physical equation” will ensure long-range success of your next data center.

About the Authors:
Dennis Donovan is a Principal of Wadley Donovan Gutshaw Consulting, based in Bridgewater, New Jersey.  WDG Consulting has been engaged in corporate site selection for over three decades.

Joe Suppers is President of Node Com a real estate advisory firm specializing in data center and related technology site selection.  Also based in New Jersey, Joe has been involved with numerous data center projects both as a corporate real estate executive and independent consultant. 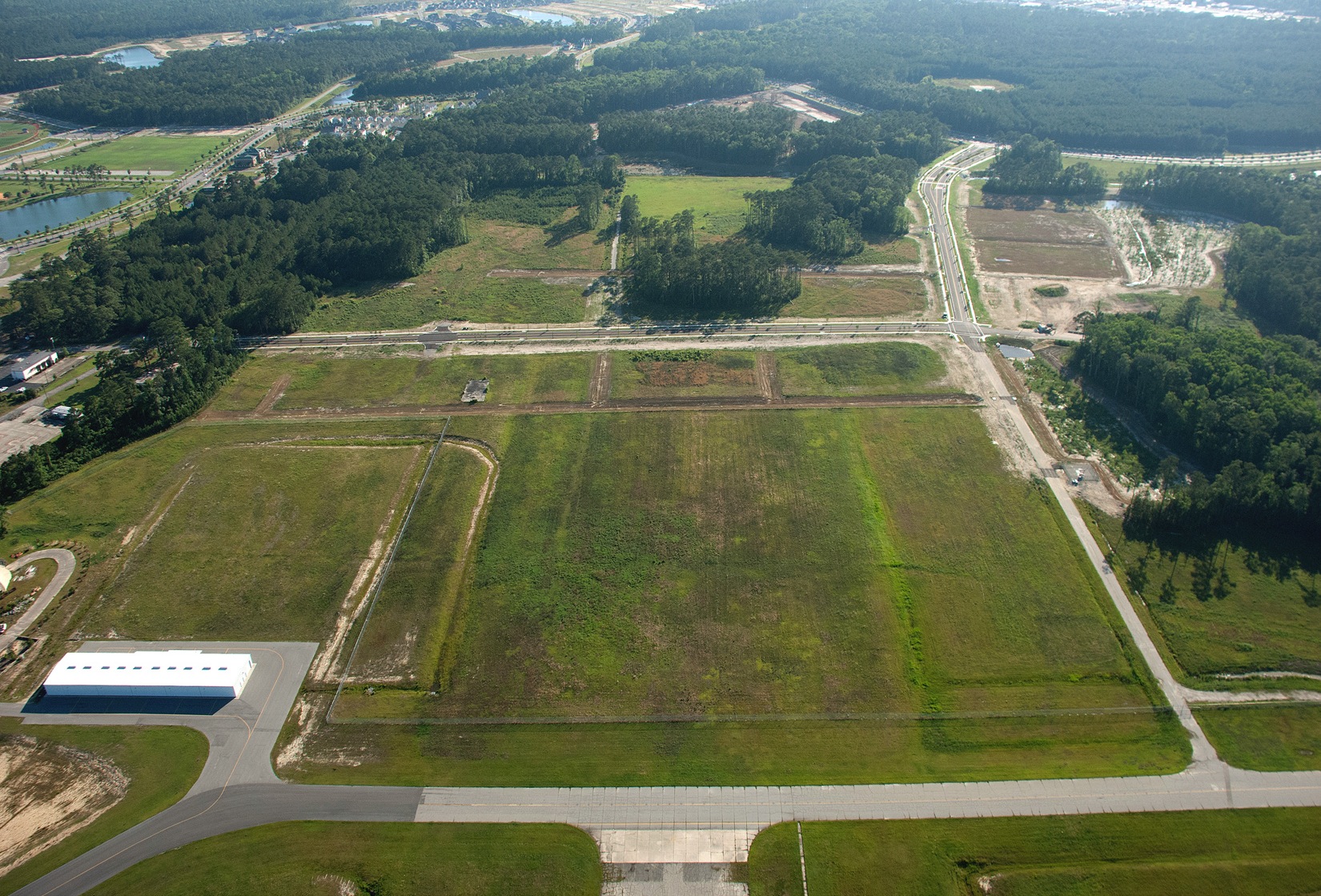 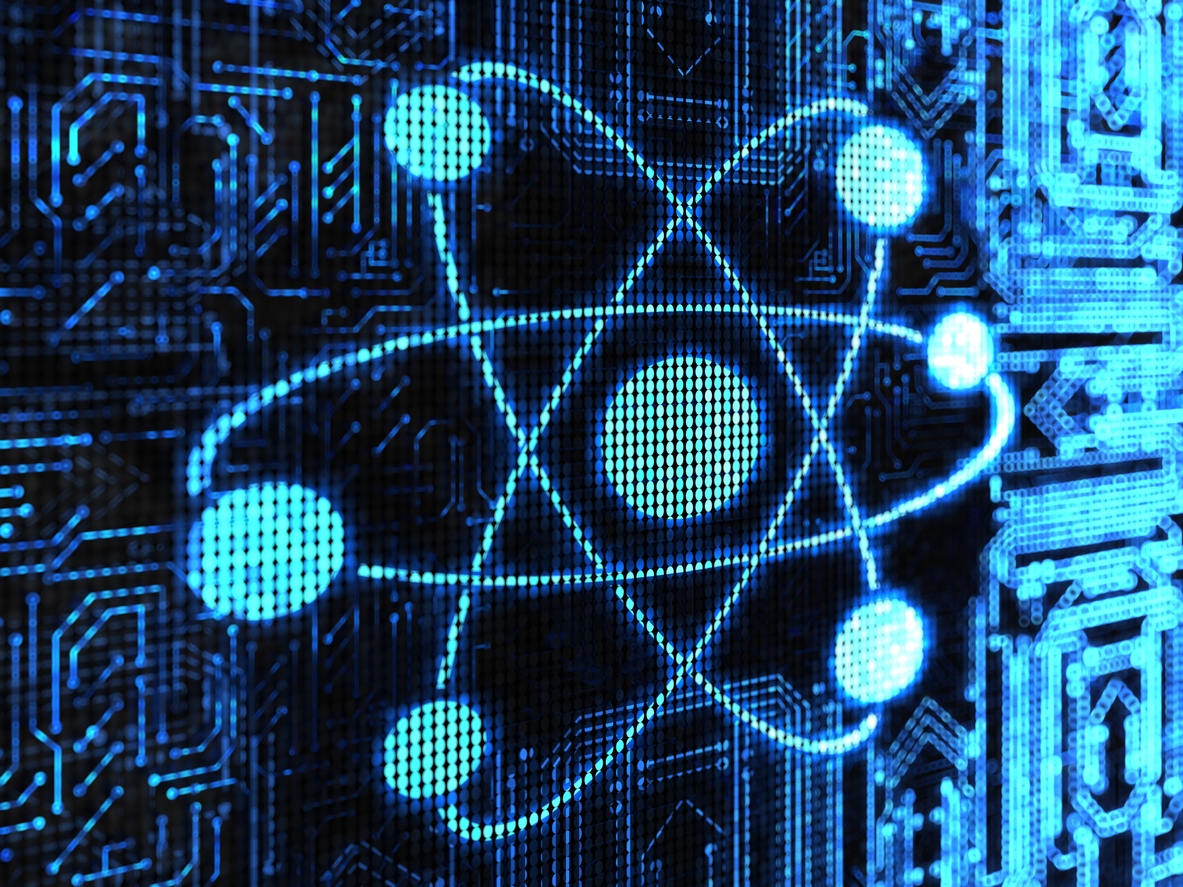 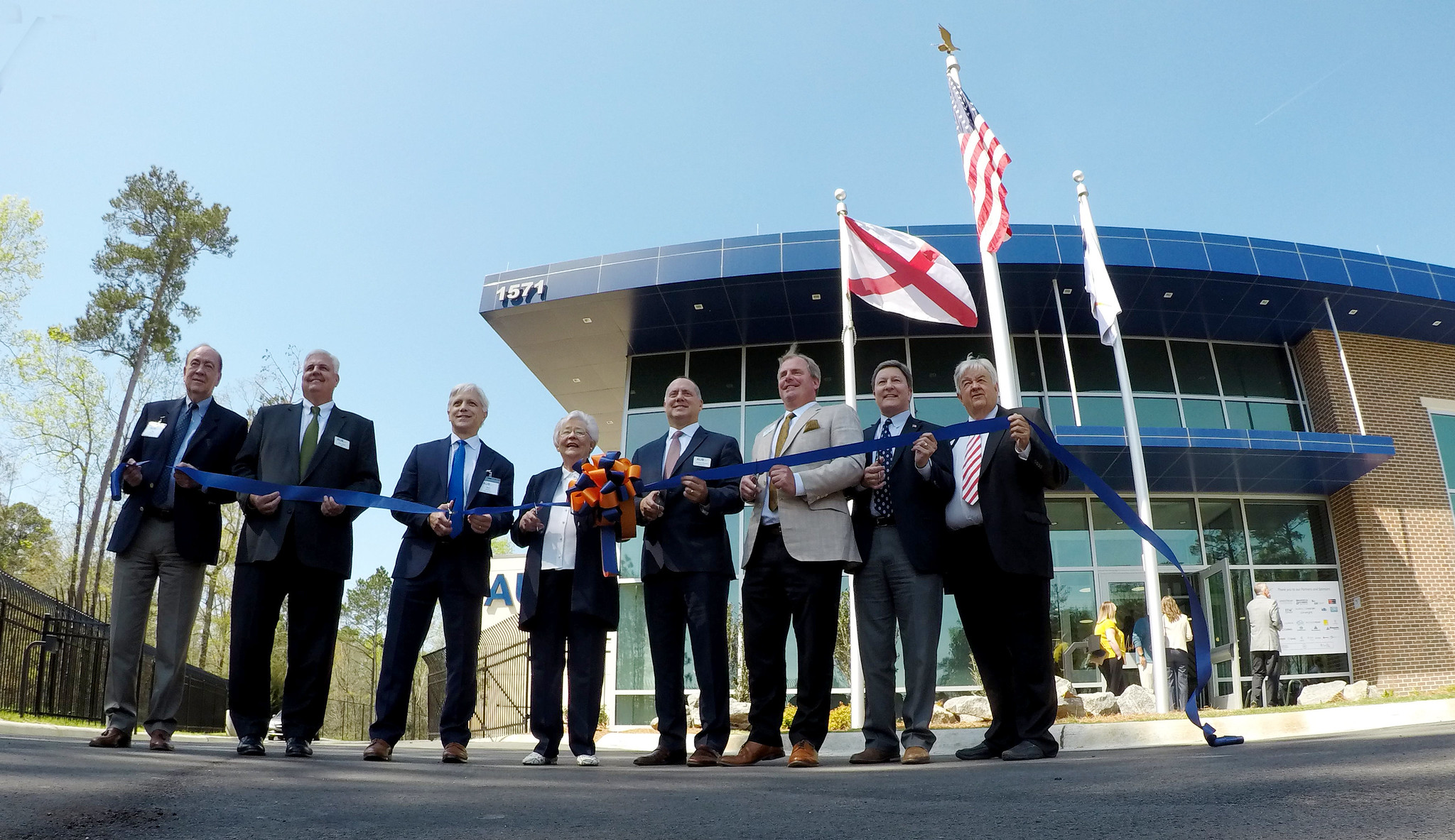 March 30, 2022
Auburn, AL — Gov. Ivey joined company leaders, local officials and others at a grand opening ceremony Monday for AUBix, a $120M data center in A... 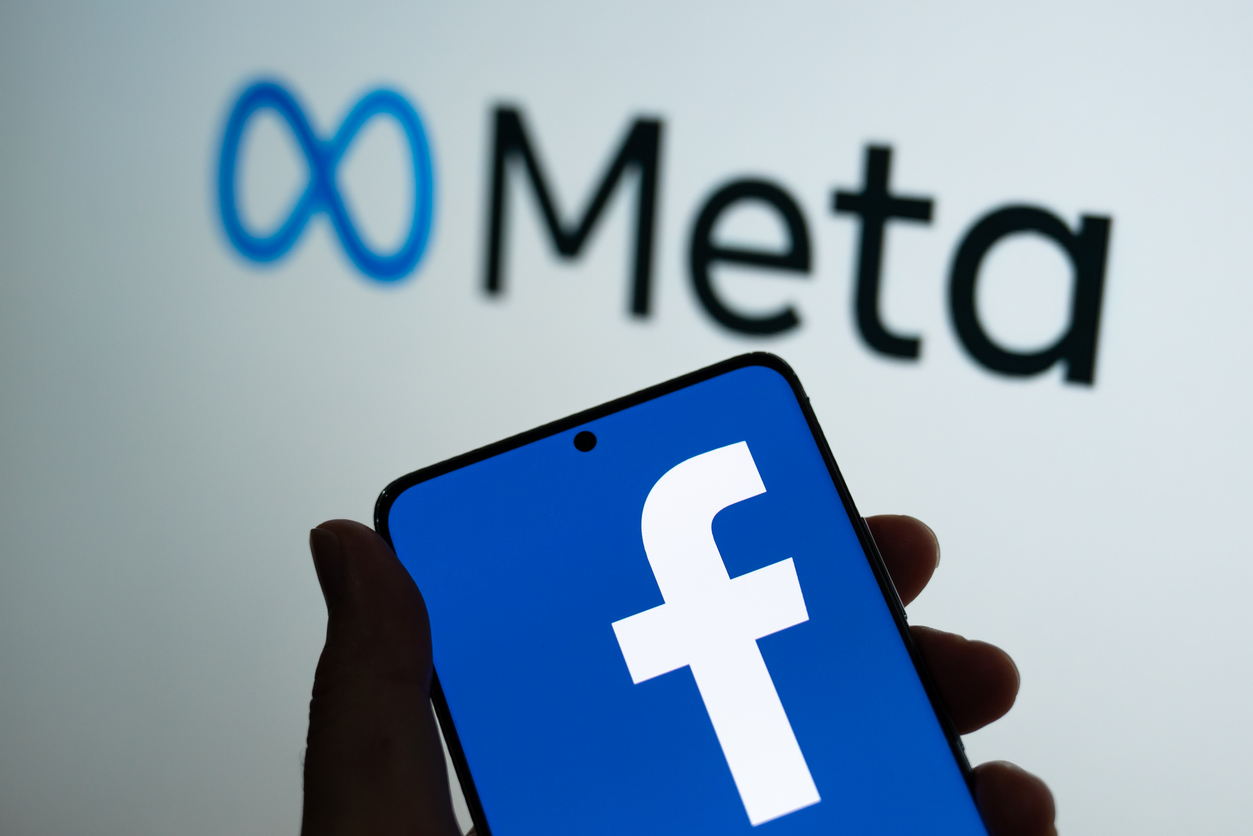