It’s an anomalous time in the tourism industry.

On one hand, the leisure market has picked up to a point that the numbers are just about back to where they were pre-COVID-19, despite the surge of a new strain of the virus surging in recent months. That’s because travelers have wanted to get back in the swing, as recent numbers from AAA illustrate.

“With regards to travel, our booking data shows an upward trend since March” for airfare, hotels, car rentals, tours and cruises, said Ellen Edmonds, spokesperson at the association’s national headquarters. “Separately, our two holiday travel forecasts, which use a different methodology, [forecasted] travel volumes nearing pre-pandemic levels for both Memorial and Independence Day.

“These are all strong indicators,” said Edmonds, “that the demand for travel will continue into the fall and the holidays.”

That sound great doesn’t it? However, if you speak to people at convention centers and the adjacent hotels that depend on the visitors who often mix business with pleasure, you’ll likely hear the disappointment in their voices.

Up for Fun
At the start of summer, when the business travel numbers tend to drop anyway, there are ample good vibes to go around in the leisure market. Just ask Amir Eylon.

“We’re seeing very strong demand for leisure travel. Nine out of 10 American travelers have [planned a trip] in the next six months, according to our numbers,” said Eylon, president and CEO of Longwoods International, an industry market research firm in Columbus, Ohio, “though we’re expecting a predictable drop-off after Labor Day.”

Eylon’s biggest concern is potential travelers’ individual financial situations due to inflation and the high cost of gasoline.

“What we’re seeing is that four out of 10 are telling us the gas prices are greatly impacting their ability to travel and many are planning trips closer to home,” said Eylon. “We’re also seeing them reallocate their travel budgets to do so. They may plan to spend less on recreation, entertainment and souvenirs, and/or stay at a less expensive hotel so they can get a free breakfast. Some will even bring their own food for the journey.”

But the better news is that only six percent of would-be travelers are canceling their plans due to inflation, which is a strong number in any set of circumstances,” he said. “People are figuring out how to travel within a budget. I’m just surprised that, despite the high gas prices, people are still traveling.”

While vacationers are still hitting the road, the labor shortage is a challenge to the businesses they frequent, as it is in most sectors. “Businesses are still having to do more with less and often have to adjust the capacity of their staffs. Some hotels can only offer a certain number of rooms or reduced housekeeping services,” Eylon said, “so they only clean rooms upon request or offer fewer amenities.”

That said, outdoor destinations are still doing especially well, since many people still want to be away from crowds. “People re-engaged with the outdoors and the U.S. National Parks had record years,” when the pandemic hit, he said. “They also want to be around the water, and are also looking at theme parks, festivals and special events.”

But indoor destinations are doing better, too. Many tourists have even returned to indoor options, like museums and cultural stops. “People feel safer and are returning to cities,” he said.

All told, the numbers underscore that the leisure market “has basically recovered to its pre-pandemic level,” Eylon said, “but business travel, meetings and conventions, and international travel are still going to take another year or two, according to most economists.” 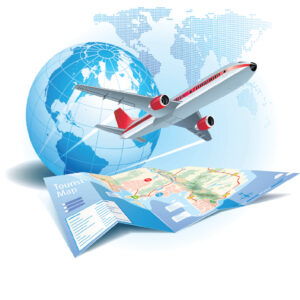 ‘Bleisurely’ Travel
But even as the business market struggles, oddly enough, it’s also been part of the boom in leisure travel.

“That’s evolved the melding of leisure and business trips,” said Karyl Leigh Barnes, president, tourism practice for Development Counselors International (DCI), in New York. “This occurs when people extend the business trip by tacking some leisure on the end.”

This trend is not about what might have earned a traveler the designation of “road warrior” a few years ago, but now bears a new term, Barnes said.

“At that point, people who traveled extensively for work might have left on Monday or Tuesday, worked Tuesdays and Wednesday and flown home on Thursday,” she said. “Now, they go on Wednesday or Thursday, work until the end of the work week, then stay over for the weekend. We’re calling it ‘bleisure’ and it’s on the rise.”

But another key issue in tourism today, she said, is the pilot shortage, which has resulted in high numbers of flight cancellations, which are in part due to overall airline and airport staffing issues. “In addition, due to weather patterns, particularly rain storms, flights are being delayed. That sometimes results in the flight crews timing out and even more flights getting canceled.”

Will cancellations still be an issue in the fall and beyond? “We’ll see,” said Barnes, “but I think ‘bleisure’ is going to be here to stay for the foreseeable future.”

Interestingly, unlike Eylon, she’s not surprised that the inflation hasn’t stopped the public from traveling “because people were pent up for so long,” she said, also observing that the number of trips from the U.S. to Europe have been strong since early May. “But the question is, ‘Will that continue once many travelers have that first European trip out of the way?’”

“Maybe, since the airlines got another boost in June when the requirement to test before re-entering the U.S. from other countries was lifted,” she said, with leisure and ‘bleisure’ travel continuing to rise, with the testing restriction lifted for international travel.

She also noted an uptick in family travel now that the vaccinations are available for kids under six years of age. “I think that part of the market will continue to rise, too,” she said. “Domestic leisure travel is booming and back to pre-pandemic levels, given all indications. Its business travel that’s still down, so the hotels and convention centers in the big convention cities like Las Vegas, San Francisco, Seattle, Chicago and Orlando are still hurting.”

Despite today’s up-and-down issues, Barnes is “very optimistic about the next six months, even though companies are still saving money on not paying for their employees’ travel. But there’s another other side to that approach,” she said. “Management is also aware that it has to cater to employees or risk losing them.”

And then comes the workforce angle. “I tell travelers to have a little grace when they check into a hotel or go to a restaurant,” she said. “They’re all understaffed.”

Oddly enough, it turns out that not servicing rooms can have a green effect, “because of not using as many chemicals to clean for guests that are staying at hotels three days or less. Know that some hotels even offer extra loyalty points to guests who go that route.”

Meeting Up
So why the uptick despite the inflation and the lacking service workforce? Tina Valdecanas echoed Barnes in her observations.

“In summer 2021, we were looking at what we call ‘revenge’ travel,’” said Valdecanas, principal with Atlanta-based Garner Economics. “People were forced to stay home during the peak of the pandemic. So, as soon as restrictions were lifted, many people took vacations because they could, with many venturing to destinations within driving distance that afforded the opportunity to enjoy the outdoors or less populated areas.”

This summer, with flight availability closer to pre-pandemic levels, travelers are choosing air travel again, even with increases in costs, cancellations and staffing issues.

“So,” said Valdecanas, “it will be interesting to see how long people are willing to balance the higher costs and difficulties of travel versus their desire to explore different locales.”

As for the business market, the dearth of strong activity is saving money for companies that usually make that investment, but taking that approach may constitute taking their eyes off of the prize, long term.

“It will also be interesting to see how group and meeting travel comes back,” she said, “since that market is not as sensitive to price, but more the value and desire of gathering together and the resulting synergies.”

So, the issue, said Valdecanas, “is more about people wanting to create synergies.”

“That’s actually a silver lining: the re-emergence of meetings travel shows us that people prefer to gather and meet in person,” she said, “and that preference will benefit the meetings market going forward. This challenge isn’t about the increased price of travel, as much as people feeling comfortable that they can attend large gatherings safely again.”

Going Global
Traveling for business often encompasses international travel, which is a part of the market that only recently reopened. The increased cost of gas, as well as rental cars, is resulting in an uptick in another part of that market, said Scott Balyo, executive director for Richmond, VA-based Capital Region USA.

“For international travel, we’ve certainly seen a nice rebound this year, from essentially little to no visitation during the two peak years of COVID-19,” said Balyo. “The U.S. Government recently dropping the COVID-19-testing reentry requirement will spur further demand.”

So what’s the good news? “In discussions with European tour operators,” he said, “most are at 70 percent to 100 percent of their booking levels compared to this time in 2019.”

But there’s another twist on the international market. “For travel overseas, which is our target audience, we’re seeing an interest in travel by train” due to the high gas prices and spottier rental car availability, “as well as getting off the beaten path, multi-generational travel and longer trips, to make up for time lost during the pandemic,” said Balyo.

But he, too, warned of what lies ahead upon arrival at most any destination. “Unfortunately, we also know there are challenges with workforce levels, cost and inventory,” he said, “all factors that affect both domestic and international visitation.”

Coming Months
Looking ahead, he thinks rural destinations, such as state and national parks, “will continue to be popular, especially with the surge in interest during the pandemic.”

However, as Barnes noted, heading back to the cities might still have more appeal that originally thought. “One thing we’ve heard, though, is that cities are not as unpopular as they were predicted to be. Visitors are returning to popular urban destinations as well.”
As for the rest of this year, many observers seem cautiously optimistic, depending on the various factors.

“I’m optimistic for the next six months for sure. Beyond that, it gets a little tougher. Let’s see where the economy is heading into 2023,” said Barnes. “If we’re moving more toward a recession, that could have a dampening effect on visitation.”

Still, there seem to be plenty of travelers who haven’t let that impede their plans and desire. “However, as we’ve seen, people love to travel,” she said, “and it’s one of those discretionary items that people hate to give up – even during more challenging economic times.” 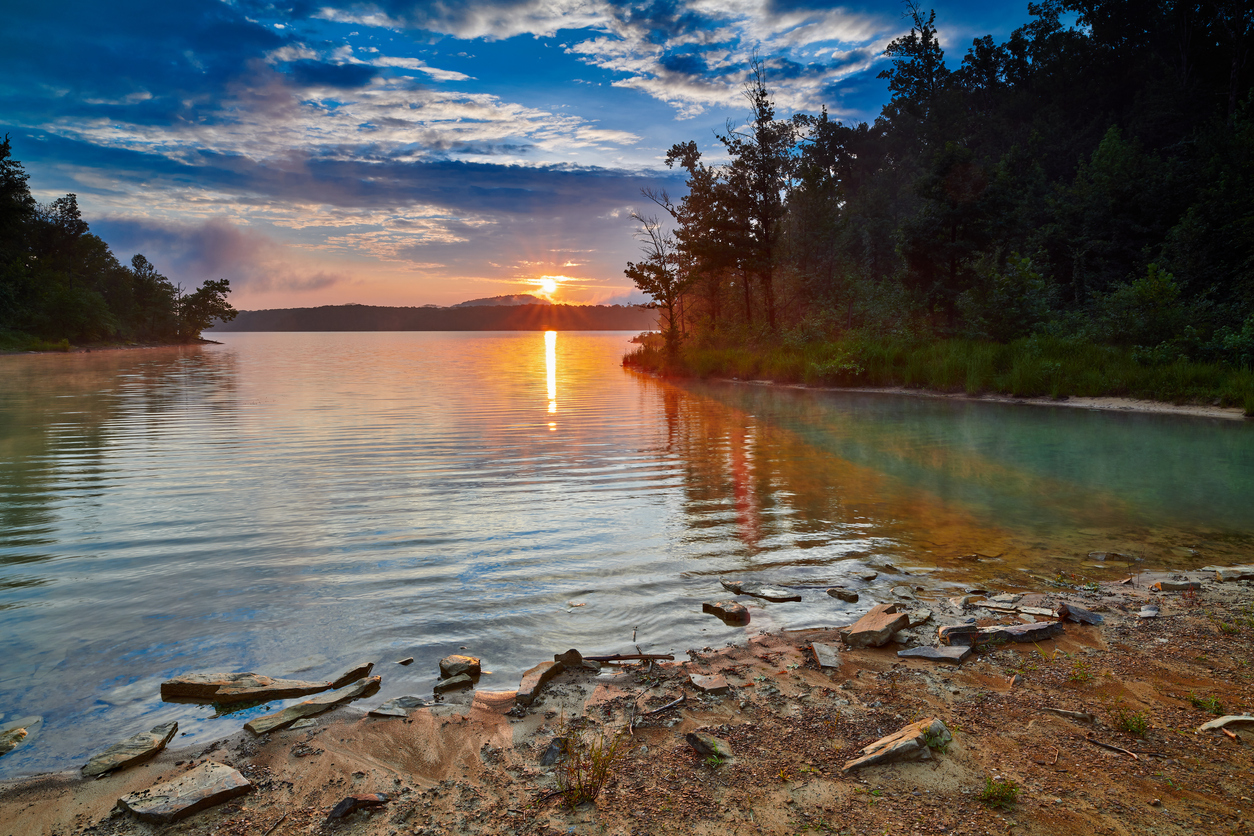 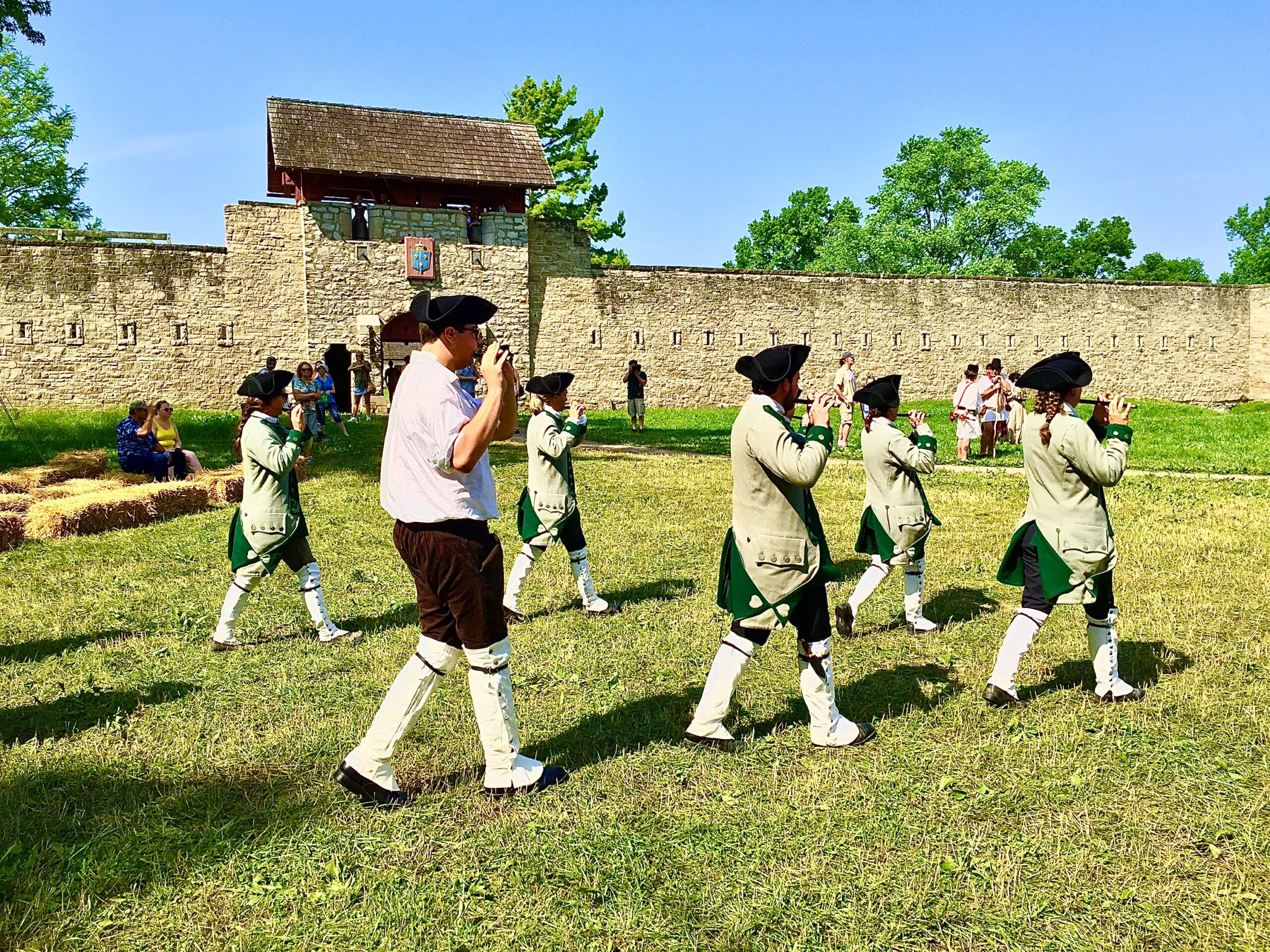