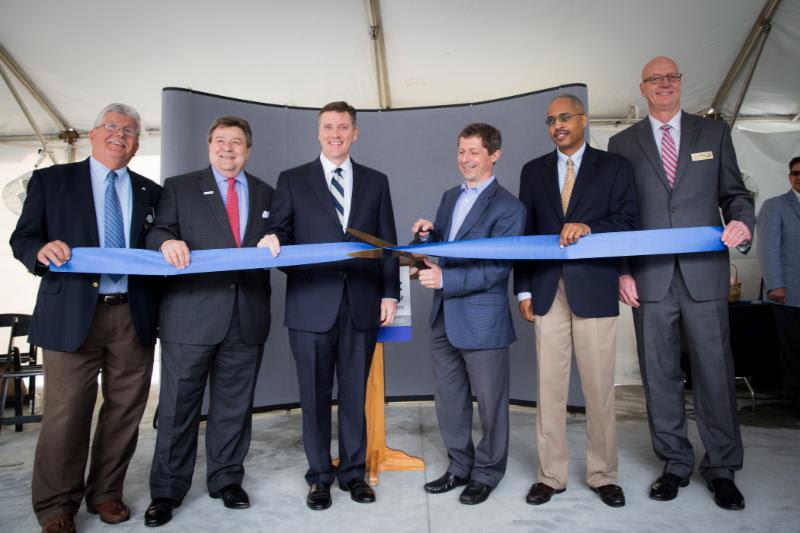 Savannah, Ga. – April 27, 2016 – Investors are adding industrial space to meet booming demand in Savannah, with more than 1.7 million square feet of warehousing recently completed, more than 1.9 million square feet under construction, and a 2,700-acre development just announced. The investments mean additional jobs, and room for port customers to grow in the Southeastern U.S.

Foltz said the market requires higher vacancy rates to ensure space upon demand for customers that do not have the luxury of time for construction. Currently, seven major projects are being developed.

"Georgia has been named the best state in the nation to do business year after year," said Georgia Gov. Nathan Deal. "Accolades such as this, along with assets including the Port of Savannah, attract investments which increase jobs for our communities."

Griff Lynch, incoming executive director at the Georgia Ports Authority, said the new developments provide an excellent market opportunity for the Port of Savannah. "In conjunction with the expanded Panama Canal opening this year, and construction on the Savannah Harbor deepening under way, this additional space off terminal will complement GPA's efforts to draw business to the region," Lynch said.

"Each of these projects represent significant economic opportunity and job creation for Georgia," said GPA Board Chairman James Walters. "We couldn't be more pleased that the private sector is stepping up to support Georgia's existing and future opportunities in global trade."

David Sink, a principal in the Savannah office of Colliers International, predicted continued strong demand for sites and warehouse space. "We are likely to see more announcements and we are very likely to see some more speculative construction based on the interest we have seen from development companies," he said.

Recent industrial announcements in the Savannah market include: