Two seemingly disparate, though increasingly related, industry sectors –digital media and gaming – have seen an explosive surge in activity over the past several years that continues to serve as major engines of both regional and state economic growth and job creation, particularly in the south and southeastern U.S.

In 2015, McKinsey & Company published a report after investing three years in gathering research on the impact of digital media’s far-reaching influence on and varied applications for industries from print publishing to digital advertising, from video games to the box office.

According to the report, by 2019, “digital spending will account for more than 50 percent of overall media spend” as ongoing developments in digital media continue to foster “healthy economic expansion and increasing household incomes.”

In the U.S., the digital media industry generated revenues that topped $3.4 billion in 2017 – more than any other country in the world – with video game development and production accounting for more than $1.2 billion, or almost one-third, of the total business.

None of this is lost on the growing number of state and regional economic development agencies that are actively campaigning to attract web-related businesses from video game developers to digital feature animators to set up shop in their locales.

Utah, for example, recently created its Utah Digital Media Cluster Acceleration Partnership Strategy that “incorporates the views, insights and recommendations contributed by a wide spectrum of representatives from industry, academia and the public sector on how best to accelerate the growth of the industry.”

The state’s digital media industry currently employs more than 1,500 artists, designers, technicians, developers, and engineers and, last year, produced combined revenues of $415 million. According to the Governor’s Office of Economic Development, the state’s digital media sector is expected to grow substantially over the next several years.

If developments over the past several years are an indicator, that projection is an almost sure thing. For example, Provo, Utah-based Silverlode Interactive, founded in 2005, is credited with creating the world’s first online real-time strategy game. Known as SAGA, the online gaming system is a free-to-play collectible model that established over 150,000 player accounts in its first year of availability.

Smart Bomb Interactive develops new games for National Geographic. In 2010, the company launched an online virtual playground for kids in partnership with the Washington, D.C.-headquartered group. The result – National Geographic Animal Jam – drew over a half million registered users in its first three months of operation and continues to give youngsters the opportunity to become their favorite animals and see the world through their eyes, while learning about the natural world through the Society’s vast multimedia library.

In the Southeast, Atlanta, Georgia was recently voted No. 1 by Sparefoot.com for serving as home to the nation’s “10 Best Cities for Web Developers.”

The state also boasts a number of universities—Georgia Tech, Savannah College of Art and Design, Georgia Southern University, Kennesaw State University, the Art Institute of Atlanta and the University of Georgia – to name just a few – that offer a wide-ranging variety of study programs for budding digital entertainment professionals.

The industry/academia link provides both start-up and larger, more-established digital media companies with access to cutting-edge technological resources including a number of labs and studios that serve as petri dishes for new media concepts and ideas.

In Texas, reality TV shows like Fixer Upper are having a major impact and spurring economic development growth at unprecedented levels.  With more than 26 million residents, the state already ranks as the second most populous in the nation thanks in no small part to the interest spurred by HGTV’s hit Fixer Upper show. The program is based in the central Texas City of Waco.

Researchers have also confirmed the effect the show’s success has had on the greater Waco area. According to a new study released by Baylor University’s Center for Business and Economic Research, the benefits of Fixer Upper on the local economy are significant.

The region’s new-found fame has already resulted in increased investment downtown and along the Brazos River corridor, as well as created new jobs with Waco’s current population expected to balloon to 326,000, by 2050, up a whopping 38.7 percent from today’s figure.

Right next door to the Lone Star State, Louisiana has become a major player in attracting digital media companies from across the country.

Most recently, video game developer InXile, has relocated a number of employees and a significant portion of its operations from Southern California to a 3,900 square foot creative studio/workshop in New Orleans.

Fueling the growth of the state’s appeal to digital media firms is an aggressive tax incentive scheme for video game production and gaming that has motivated them to relocate their operations outright or, at the least, establish satellite operations in the greater New Orleans area.

Introduced in 2005 and considered one of the most comprehensive in the country, the program—the Digital Interactive Media and Software Development Incentive—offers up to a 25 percent tax credit for qualified digital media production expenditures and up to a 35 percent tax credit for Louisiana resident labor expenditures. If the amount of tax credits exceeds the business’ state income and franchise tax liabilities, the business receives the balance as a refund.

Four years later, the Incentive was expanded to include development of consumer software, business and enterprise software, web-based applications, digital media and games, interactive devices and consoles, and embedded systems.

We can thank – or curse – the Egyptians of the 3rd Millenium for dice, the Chinese for card games and lotteries, and the Romans for gambling chips, while the first gambling establishments were relatively small affairs built in Renaissance Venice in an effort to keep dice and card games off the streets during the annual Spring Carnival.

In 1638, the Great Council of Venice gave its blessing, for a cut of the action, to the construction of the world’s first state-sanctioned casino in the city’s wealthy Rialto district – the ‘Ridotto’, a four-story pleasure palace that could put some Las Vegas and Atlantic City casinos to shame.

Bingo, backgammon and baccarat were invented around that same time as the popularity of gambling swept across the continent. According to one source, such luminaries as astrophysicist Galileo Galilei, mathematician Blaise Pascal and Pierre de Fermat, inventor or calculus, were commissioned and paid quite handsomely by wealthy patrons to study how one might regularly win at cards and dice – perhaps, three of the most notable examples of personal, if not regional, economic development.

Today, though, on a much grander scale, the casino gaming industry is driving small business growth across the country by supporting 350,000 small business jobs – that’s more than 14 times the number of air traffic controllers working at the country’s airports, twice the number of dentists and larger than the entire freight rail industry – and generating $52 billion in annual small business revenues across real estate, finance, health care, manufacturing, information technology and other industries, according to a research report recently released by the American Gaming Association (AGA).

The report, commissioned by the AGA and released by Spectrum Gaming Group, concluded that gaming’s widespread impact is felt in markets across the country, but has outsized impact in small to mid-sized communities where local businesses work to integrate into gaming operations.

Earlier this year, the AGA kicked-off its nationwide American Gaming Small Business Jobs Tour, which served as part of its larger G2KG – Get to Know Gaming – campaign, which aims at educating the public on the positive impact that gaming has on regional economic development and job growth.

“When we go out and talk to people about the economic impact that a casino would have on their state or region, they start to see that, in fact, gaming supports a number of ancillary industries and not just the people who work on the casino floor,” says AGA spokesman, Steve Doty.

As a result, for example, the AGA found that, in 2015, 19 commercial casinos in Council Bluffs, Iowa have signed-on to the state’s ‘Buy Iowa First’ program and have purchased $289 million, or a full 84 percent of all their expenditures, on products, supplies and services from Iowa-based companies, farms and dairies.

The three casinos located near the city employ almost 1,800 workers with an annual payroll of $59.3 million. The City of Council Bluffs itself receives about $3 million from gaming tax revenues, which, according to Mayor Matthew Walsh, will be used to buy much-needed maintenance equipment and city vehicles.

The local casinos have also contributed more than $1.3 million to the Charitable Patient Care Fund at the Jennie Edmundson Hospital in Council Bluffs.

“The business generated by working with the casinos has allowed us to plan a move into a new 18,000 square foot office/warehouse facility and expand our work force,” says Lamonte Sowell, president and owner of the company, which he started in his garage as a second job in 1998.

“The work we do with the casinos has been instrumental in our being able to get our feet on the ground and setting some standards for us,” he says. “It’s great to have them as part of our resume.” 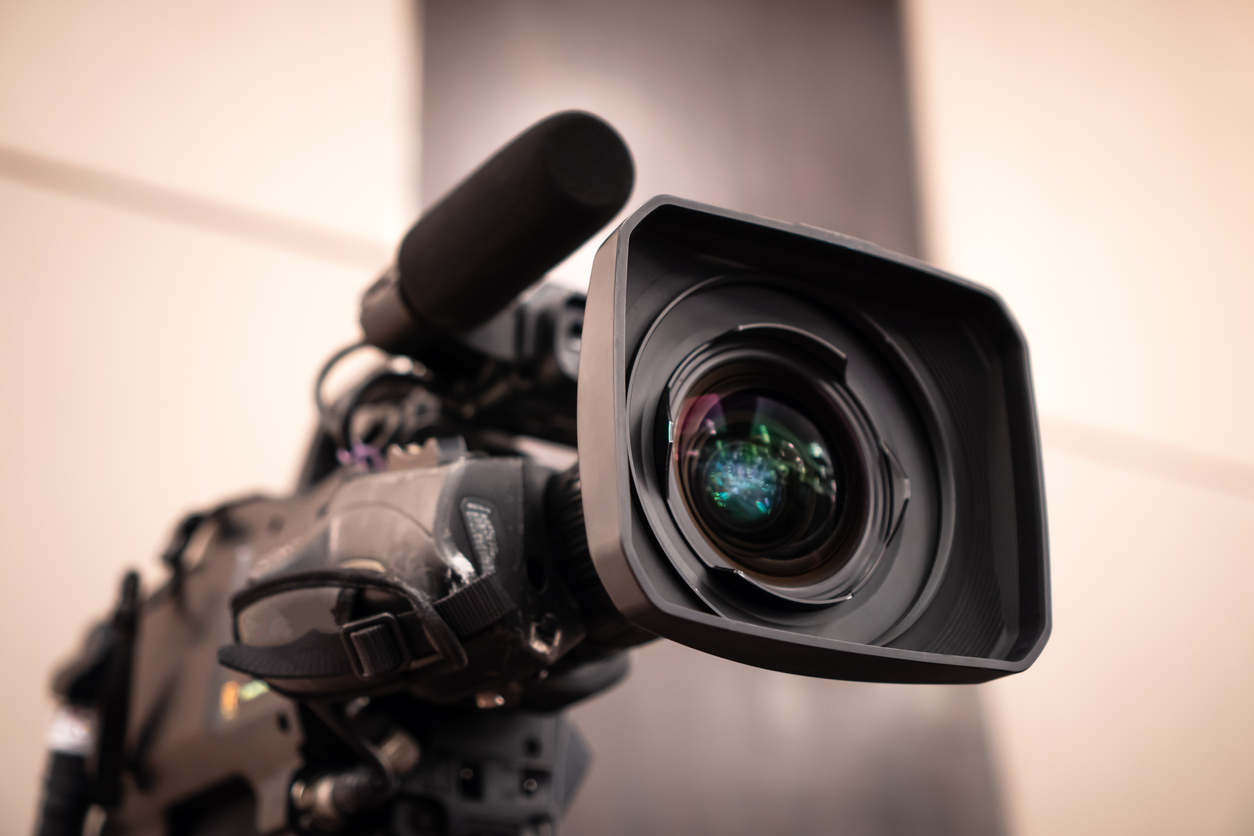