First things first: After the double-whammy of the past two years, the energy business is struggling.

Until 2020, historically low prices resulted as the industry was essentially a victim of its own success, with disruptive technologies enabling new U.S. production at an unprecedented pace; then came the global COVID-19 pandemic, which drove prices unconceivably lower.

Those factors combined to raise questions about the long-term vitality of demand and supply. However, there are observers who believe that in 2021, the market will rise again. Just how much depends on how much success science has in getting the lives of the world’s citizens back on track, as various governmental and business entities work to boost the economy.

While that optimistic outlook applies mainly to the oil and gas sectors, the other key part of the world’s energy market, coal, is in a different rut, which concerns the environment as well as technology. But the observers who find it passé and write it off are premature in that judgement, say others.

With the availability of inexpensive gas and energy, one would think that fact “would lower the cost for petrochemical operations,” said Didi Caldwell, president and founding principal for Greenville, S.C.-based Global Location Strategies, “but many petrochemical producers are part of integrated oil and gas companies” like ExxonMobil, BP, Shell, Saudi Aramco, etc.

“If these companies are not making money in their oil business units as a result of the oil price collapse, they can’t invest in large oil and gas capital projects, nor in downstream petrochemical projects,” Caldwell said, “so most large capital projects are not moving forward. These corporations are just making the most necessary capital expenditures, such as capital maintenance, debottlenecking and other small cap projects.”

But she noted other companies that are not integrated, that use natural gas as an input for projects, where the financials have actually improved in recent months.

“So, as long as there is demand for their products derived from natural gas, their inputs are cheap right now. One company we have been consulting with makes a product from natural gas that has a very [strong] environmental story and [it is] moving full steam ahead with development plans,” Caldwell said, “and the investors, who appreciate the environmental benefits, are completely on board.”

Since they aren’t integrated, they’re not concerned about oil prices. “They don’t have to be,” said Caldwell, “but in general, in oil and gas, everything is down. But there are those exceptions.”

Then comes the obvious and more recent angle. “The energy industry, across the board, has been hit hard by the COVID-19 recession,” said Dean Foreman, chief economist with the Washington-based American Petroleum Institute, “but the oil and gas markets have been hit in different ways.”

Global oil markets, Foreman said, that were also hit by a combination of shocks to demand and supply, which in April “resulted in the steepest oil price and demand decreases on modern record. However, with the recovery [during] the past few months, U.S. oil demand through September was down by about 15 percent from 2019 levels. While driving activity and gasoline have accounted for more than 80 percent of the recovery, there could be enduring impacts for air travel until there is a COVID-19 vaccine.”

However, despite the additional fact that the industry’s capital investment is at its lowest point in 12 years and in a tough environment, he nonetheless sees better news on the horizon.

“In the data so far, we’re seen a V-shaped recovery,” Foreman said, pointing to a United States Energy Information Administration (EIA) projection that global demand was exceeding supply, and “EIA expects that to endure the next year, projecting output could increase 6.5 million barrels per day. That’s key, because oil wells decline naturally at about six percent per year, so you need that new six million barrels per day of oil to keep the market steady.”

“With demand recovery on top of that,” he said, “more investment is likely to be required.”

But with the EIA anticipating an increase in demand along with that decline of production, “that market should rebound 2021,” he said, noting that the EIA projects that the U.S. market “should be back to 100 million barrels per day by the end of 2021.”

In comparison, U.S. natural gas has been relatively steadier than oil. Foreman said global natural gas basically centers around the U.S., Europe and Asia, and “is still not a mature market, though it is enjoying the fastest growth of any fossil fuel,” pointing to U.S. production hotspots in East Texas/Louisiana along the Gulf Coast, the Marcellus region in Pennsylvania/Ohio/West Virginia, and the northern Appalachian Basin.

He also offered that, “In the U.S., natural gas had made record demand penetration so far in 2020 at around 40 percent for the power companies; that has helped support natural gas markets through COVID-19, as more people have stayed home and thus used more power. Globally, the supply has been ample and it’s inexpensive, too.

“Domestically, it sells for $2 per British thermal unit (BTU) due to prolific production, with futures prices rising,” said Foreman. “The cost is around $7 per BTU in Asia, but a few months ago that price was equivalent to the U.S. But due to demand rising, prices in Asia and overseas are usually triple the domestic price.”

Looking ahead, Foreman expects “solid demand” in 2021 that will a key part of what could be − if a successful COVID-19 vaccine comes on the market − “a substantially recovered global economy.

“I remain cautiously optimistic, especially since we now see the U.S. deliveries of diesel fuel and motor gasoline in September were each down by single-digit percentages, compared with [double-digit] one year ago, by API estimates,” he said. Also, “World Bank has predicted that it will rise by more than four percent, and that would be good news for the U.S. export community and its economy in general, especially for producers of crude oil, natural gas and refined products.”

Also citing the importance in the mix of a vaccine was Marianne Kah, adjunct senior research scholar at the Columbia University Center on Global Energy Policy, who predicted a slightly greater rise. “There is an expectation that the global economy will rise by more than five percent in 2021, but that’s if the world gets the COVID-19 virus under control,” she said. “If we get that level of economic growth, global oil demand should rise by five to six million barrels per day.”

That happenstance would leave room for some non-OPEC production to return. Addressing that topic will be among OPEC’s “key questions at its November meeting,” Kah said. “So OPEC is facing a hard choice, because the decision is coming at a time when no one really knows what’s on the short-term horizon.”

Then, of course, comes the issue of who wins the U.S. presidential election.

Would a Biden win “help the Iranian production to come back?” she queried. “In the best circumstances, that would take time, but that uncertainty would affect the market.” A Biden win could also slow the rate of U.S. production growth by stopping oil and gas leasing on federal lands and water, increasing the cost of U.S. production by adding more stringent environmental regulations and increasing the difficult of permitting inter-state pipelines.”

Myriad issues have affected the coal market for about a dozen years, and they aren’t all to do with the obvious environmental issues it presents.

“It’s mainly still used for power generation, but many coal-generating plants have closed or will close mostly due to tightened Environmental Protection Agency (EPA) regulations, but also because natural gas has replaced coal as the cheapest fuel for electricity generation,” said Caldwell. “Natural gas prices are at historical lows, and it’s also easier to generate power from gas,” she said.

The second major use for coal is used for is producing steel in traditional blast furnaces. “Steel production using this method has decreased in the U.S. during the last couple of decades, primarily to China, decreasing the demand for metallurgical coal,” she said.

But while the short-term outlook for coal isn’t promising, Caldwell “thinks demand outside the U.S. could rise as global energy markets shift, which would ignite the export market.”

“There are places in Asia,” she said, “that are dependent on energy supplies from outside their own region, in particular oil and gasoline. And they’re primarily getting oil from the Middle East and liquefied natural gas from places like Australia. If that supply chain gets interrupted, for whatever reason, Asia will have to get energy wherever it can. And coal is a cheap form of energy.”

Ron Crum, practice lead/industrial site selection for Baton Rouge, Louisiana-based CSRS, pointed out that, in 2019 according the EIA, coal accounted for 23 percent of utility-scale electricity generation, though he added that, “It’s essentially dead in the U.S.”

“Federal regulations make it economically unfeasible to build a coal-fired plant. Even if you want to, getting permitted is essentially impossible,” Crum said. “If it happens, it can take 10 years due to the massive permitting and environmental issues of containing the fly ash and the reduction of air toxins, like mercury entrained in the emissions.”

But the coal-powered plant equation ‘comes down to cost,” he said. “It’s $2 billion or more, with half the cost spent on environmental controls for the ash and emissions.”

Another issue in the coal industry is that it’s simply much easier and less costly to build a gas-fired power plant. “A gas-fired power plant (that will emit half the carbon dioxide and has no ash generation) can be designed and permitted in 18 months, plus construction lasting a year,” said Crum.

Furthermore, horizontal-drilling and fracking “has made the U.S. awash in natural gas,” he said. “Prices are low and stable. The low-fuel price, combined with the quick permitting and low construction costs, makes it all but impossible for coal to compete with natural gas. All told, that’s why the U.S. has lost half of its coal-fired production in just a few years. Just this year, we have had 13 coal-fired plants announce closings.”

As dire as the various circumstances sound, there are still proponents of coal and it may have a future.

However, “the technology and economics aren’t there yet,” Crum said, for what is known as “clean coal,” which reduces harsh environmental effects via various technologies to contain emissions. “I think we’ll use it again at some point. There are innumerable useful compounds (and energy) embedded in coal that have the potential to make coal ‘king’ again in the future, once the technical kinks are resolved.”

So for today, though it’s dirty, coal is also inexpensive, and relatively easy to mine and ship. That makes it somewhat viable.

“To coin a phrase from Mark Twain, I believe that the rumors of the death of coal have been greatly exaggerated,” said Caldwell. “U.S. West Coast ports have been reluctant to export coal due to the environmental issues, but coal mined in the western half of the U.S. can be exported through Canadian ports.”

And, of course, markets run in cycles. “Oil and gas, as well as coal, are down now,” she said, “but the dynamics can change. When we come out of the pandemic, we’ll see what happens with the demand and supply for energy.” 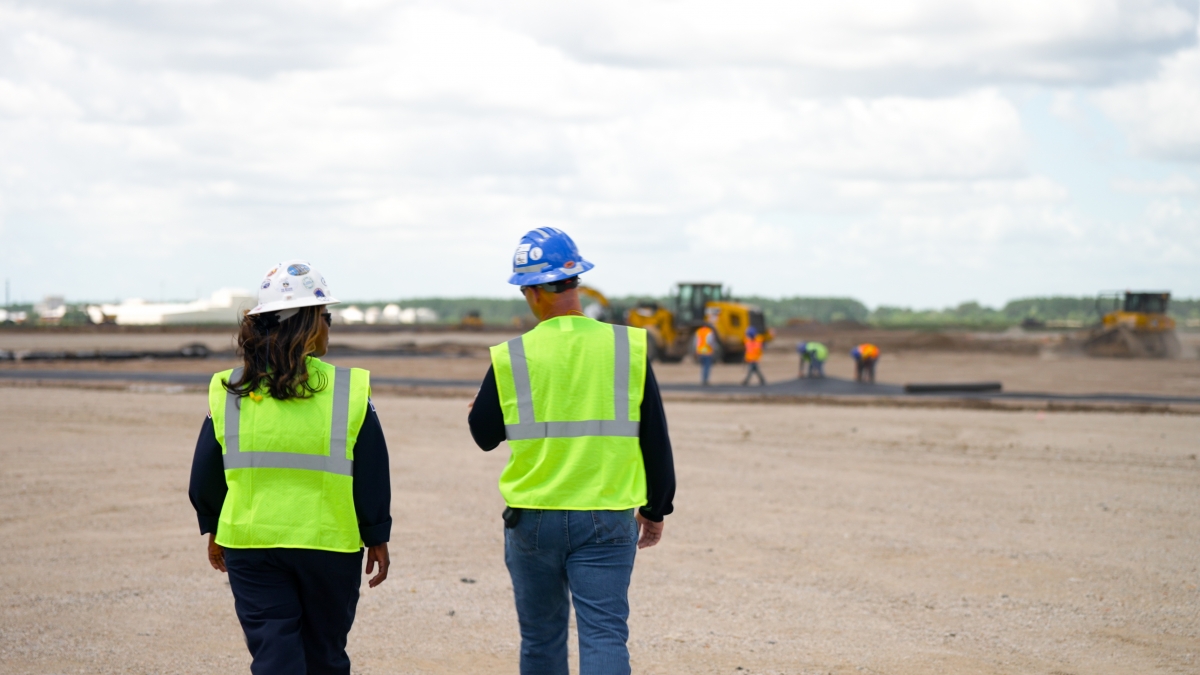 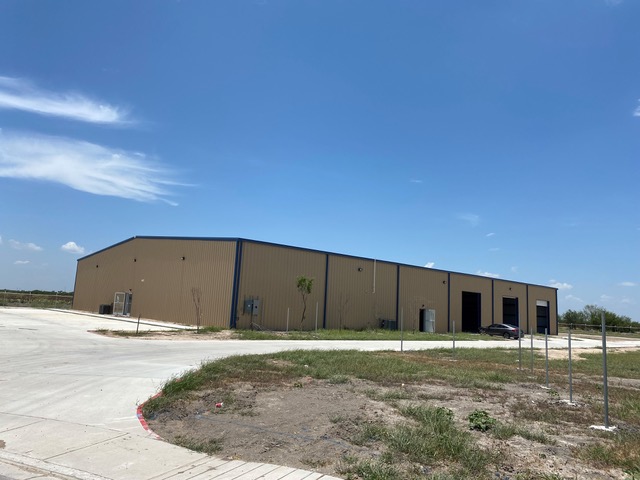 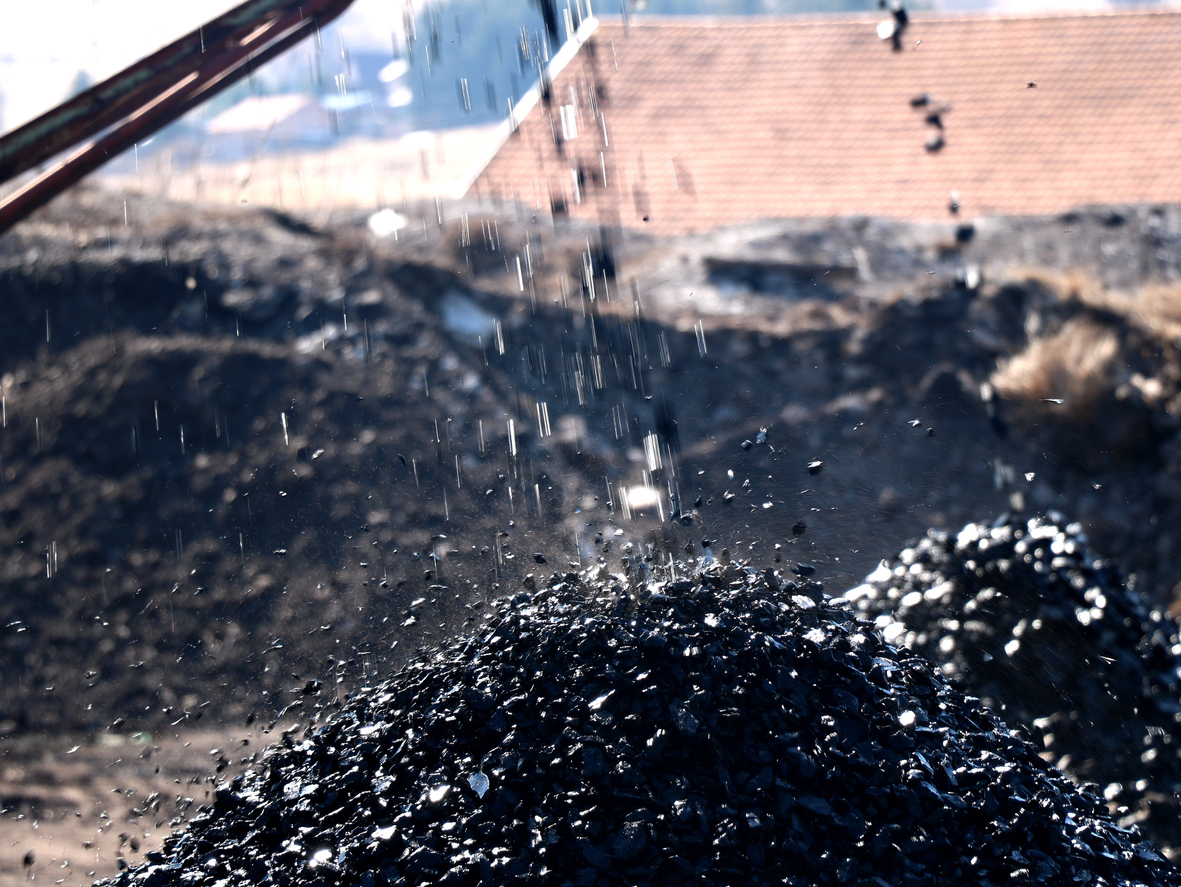