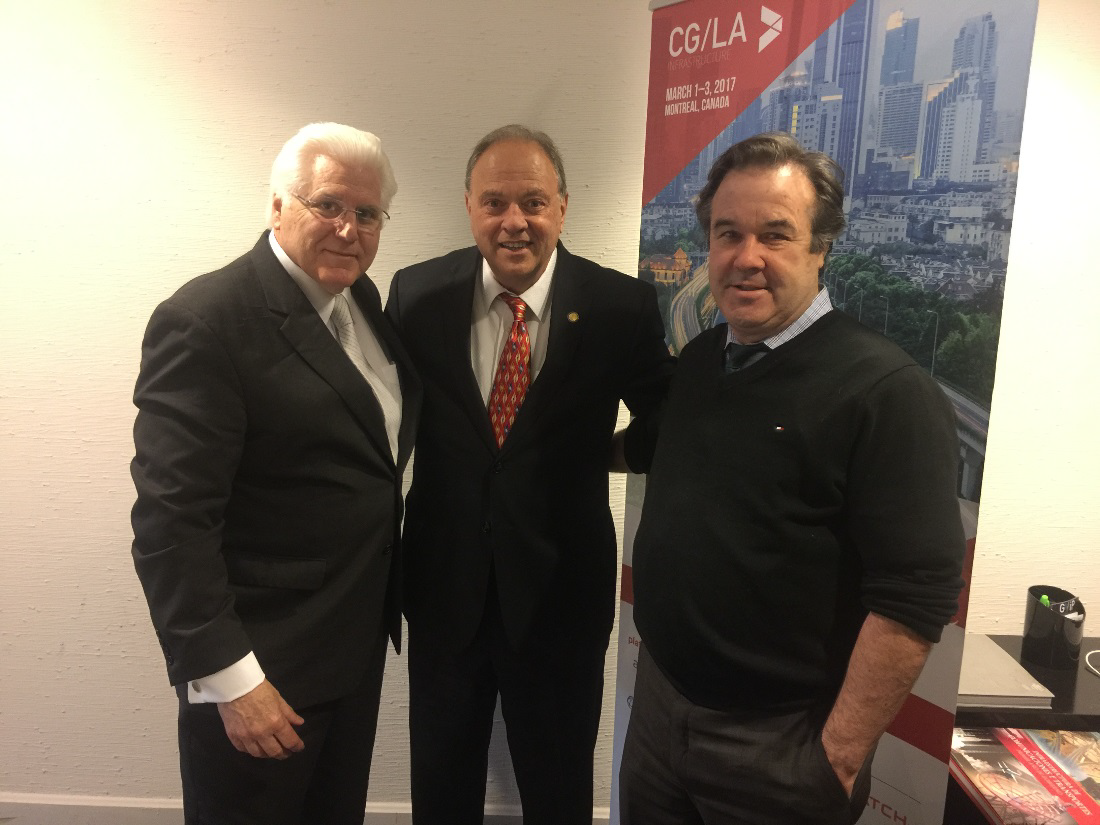 This week, Port of South Louisiana Executive Director Paul Aucoin travelled to Washington for a daylong series of meetings with key transportation influencers and stakeholders to discuss the Port’s priorities.

There, Paul briefed key journalists, think-tank scholars and a member of the President-Elect Donald Trump’s Transition Team about issues impacting the Port, including securing federal assistance to dredge the mouth of the Mississippi River.

“Ensuring the mouth of the Mississippi River is always dredged to 50 feet is critical for both Louisiana, and the entire nation,” said Executive Director Paul Aucoin. “I stressed at every meeting, that ensuring the river is open for business will stimulate impressive economic growth and generate thousands of good paying jobs for working Americans. As a country, the Mississippi River is one of our most valuable resources and we must take steps to ensure its continued reliability.”

The visit to Washington was a follow-up to an op-ed published in Real Clear Policy, by Paul Aucoin, which described dredging the mouth of the Mississippi River as the “The Most Important Infrastructure Project In America.” In the piece, Aucoin warns that if the mouth of the river continues to experience vessel depth restrictions,  it jeopardizes the grain export business which is critical to many states across the nation that use the port to send their harvests across the globe to feed the world.

Aucoin’s trip to Washington is part of a broader effort by the Big River Coalition, led by Executive Director Sean Duffy, to secure increased federal allocations to ensure the Mississippi River Ship Channel is maintained (dredged) to federally authorized dimensions.  The Big River Coalition is also focused on deepening the nation’s most critical Ship Channel to 50 feet to promote increased trade through the new locks on the Panama Canal. The Big River Coalition members include ports and maritime businesses that rely on the Mississippi River and Tributaries to transport goods.

About the Port of South Louisiana

The Port of South Louisiana is a 54-mile port district on the Mississippi River between New Orleans and Baton Rouge, encompassing the parishes of St. Charles, St. John and St. James.   The facilities located within the port’s district consistently handle

over a quarter billion short tons of cargo annually, ranking it the largest tonnage port district in the Western Hemisphere, the nation’s greatest grain exporter, and the number one energy transfer port in the United States. Along the 108 miles of deep-water

frontage on both banks of the river there are seven grain transfer facilities, four major oil processing plants,  11 petrochemical manufacturing facilities and several other facilities for a total of more than 50 docks owned and operated by an impressive group

of resident tenants  such as ADM, ArcelorMittal, Dow, Cargill, DuPont, Motiva Enterprises, Marathon, Shell,  Nucor Steel., Occidental, Valero, and Occidental Chemical. To learn more, visit us at www.portsl.com, like us on Facebook, and follow us on LinkedIn.

September 14, 2022
A north Louisiana bioscience center and a New Orleans Jazz Museum expansion have been awarded a combined $2.7 million in American Rescue Plan grants a...