Atlanta, GA — Governor Brian P. Kemp announced the Georgia Film, TV, Streaming Production Industry is Open for Business. Major motion picture, television, and streaming companies plan to bring back and hire an estimated 40,000 production workers, who will be employed on an expected seventy-five production projects that will invest over $2 billion into the Georgia economy during the next eighteen months. This includes plans by producers to purchase goods and services from over 17,000 small Georgia businesses, according to the Motion Picture Association-America, which compiled the data from its members.

“The entertainment production industry is coming back and ready to jumpstart the Georgia economy by creating jobs and generating greatly needed investment and spending in communities across the Peach State,” said Governor Kemp.

This announcement follows the “COVID-19: Georgia Best Practices for Film and Television” production guide for studios provided by the Georgia Film Office, a division of the Georgia Department of Economic Development (GDEcD), that complements the safety protocols recently released by the Industry-Wide Labor-Management Safety Committee Task Force, which will help to ensure a safe workplace environment and reduce the spread of the virus.

“Production companies want to be in Georgia and create tens of thousands of jobs for workers across the state, and today’s announcement is welcome news as we continue safely reopening our state,” said Governor Kemp. “I thank the Georgia Film Office for their work during the pandemic, and I thank the production companies who always vowed to return to Georgia when the time was right for them to safely get back to work.”

“The creative arts and entertainment – particularly television and film – have long been driving forces in our economy, and they will be instrumental as we recover from the impact of the pandemic,” said Georgia House of Representatives Speaker David Ralston. “As a longtime supporter of this industry and the jobs it creates, I am proud of the strong partnership between Governor Kemp, the General Assembly, the Georgia Department of Economic Development, and production companies. Working together, we will keep Georgia the leading destination for film and television production – thousands of Georgia jobs depend on it.”

“The film industry plays a key a role in Georgia’s economy, and this is a major step forward as Georgia works to recover financially from the COVID-19 pandemic,” said Georgia Senate President Pro Tempore Butch Miller. “I am grateful that the film industry is continuing to invest in the Peach State, and I applaud Governor Kemp and the Georgia Department of Economic Development for working to ensure Georgia remains on the minds of the country’s leading film production companies.”

“On behalf of the Commission, I’d like to commend the Governor, the Georgia Film Office, and the production companies for their leadership in kick-starting the industry back up in Georgia,” said Georgia Film, Music, and Digital Entertainment Commission Chairman Rep. Terry Rogers.

“Obviously, film production is a huge part of Georgia being named the number one state for business for seven straight years. With production reopening, more Georgians will be going back to work, our economy will get a needed boost, and more small businesses will open and thrive. That’s a great asset to the Governor’s promise to make Georgia the number one state for small business and creates a win-win climate for everyone!”

“Georgia is open for business, and we look forward to an even stronger relationship with the film industry moving forward,” said Georgia Department of Economic Development Commissioner Pat Wilson. “Thanks to the historic best practices guide, Georgia is able to safely send the tens of thousands of film and TV industry employees back to work and restart production. The economic impact of film touches local communities and small businesses across Georgia. We look forward to resuming the hundreds of productions across the state and to keeping Georgia as the nation’s film and TV capital.”

“Georgia is ready once again to resume the state’s thriving movie, TV, and streaming production industry,” said Charles Rivkin, chairman and CEO of Motion Picture Association. “The terrific collaboration between the Georgia Film Office, local studios, production companies, and industry stakeholders to create these important guidelines will ensure a safe return to work for Georgians in our industry and play an important role in helping restart Georgia’s economy.”

For additional information on the impact of Georgia film in fiscal year 2019, click here. 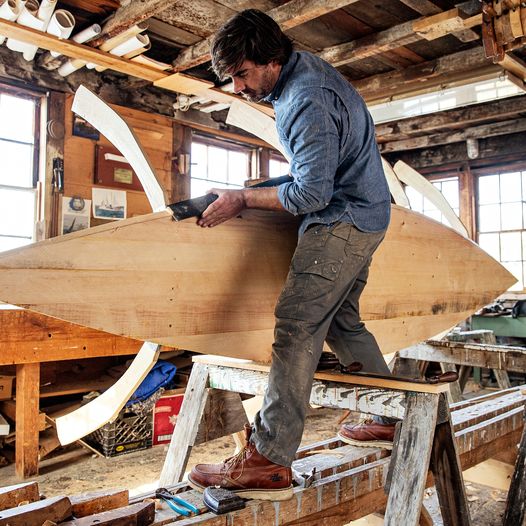 August 10, 2022
WebstaurantStore, a supplier to food service professionals around the world, will construct a new distribution facility in Ellabell, Georgia. The new ...