There is no doubt that the world we live in today is changing at a more rapid pace than ever before, primarily due to the way technology is  disrupting  traditional business models and lowering the barriers to entry. Companies know that in this time of constant change, there is opportunity for growth and innovation—but there is also plenty of room for new and uncharted risks. In a recent MIT survey, board members estimated that 32 percent of their company’s revenues are under threat over the next five years from what is commonly referred to as digital disruption.1

For nascent companies and entrepreneurs in particular, risk-taking is critical to their success. Larger firms on the other hand have to constantly keep on innovating to thwart the risk of disruption by new entrants. If a company gets bogged down with figuring out how to maneuver the changing business climate where they operate, they tend to lose valuable time and resources from focusing on their core strength—innovation and commercialization. More than ever, businesses need to find a supportive, stable and reliable business hub where they can get support to focus on what they do best.

The Province of Ontario, which ranked twice in the last two years as the number one destination for attracting foreign direct investment among North American states and provinces, is an excellent example of such a stable and reliable business hub.2 In today’s digital age, Ontario is honing in on three key elements: 1) fostering a collaborative innovation ecosystem, 2) developing highly trained talent and 3) nurturing effective public-private partnerships. These three elements are proven ingredients of what helps young companies—and even more established multinational companies hoping to broaden their market reach—maximize their potential.

Fostering a Collaborative Innovation Ecosystem
The Toronto-Waterloo Corridor is a good example of how to foster a collaborative innovation ecosystem. It is similar to other successful innovation ecosystems that currently exist between the corridors of San Francisco and Silicon Valley, London and Cambridge, and Tel Aviv and Haifa. The Corridor connects a large industry cluster made up of 15,000 ICT companies, 3,000 ICT start-ups and 200,000 employees; altogether making it the second-highest density of start-ups in the world.3 By bridging together two of the largest start-up ecosystems in the world—Toronto and Waterloo—the Corridor makes up North America’s second-largest ICT cluster after California. In fact, Waterloo alone has produced five $1 billion+ valuated companies, such as OpenText and Kik.4 However, it’s the power of working as a collaborative innovation ecosystem, versus competing as individual municipalities, that has allowed for the smartest minds to meet in one place. Between the 70-mile distance between Toronto and Waterloo, offices for multinationals such as Google, Shopify, Research in Motion and thousands of startups have already sprung up.

Cisco recently announced a new Innovation Center in Toronto. It is one of nine global centers, and the Toronto location will bring together customers, industry collaborators, startups, application developers, accelerators, government organizations and universities. The facility itself will also offer an open digital platform where customers, partners, entrepreneurs and academics can test new solutions that have the capacity to transform industries.5 This spirit of partnership will be beneficial for all parties involved: Cisco estimates that Internet of Everything (IoE) opportunities will be worth US$400 billion to the Canadian private sector during the next decade. For the public sector, these opportunities could produce US$95 billion in cost savings, new revenues and employee productivity enhancements.

Developing Highly-Trained Talent
Hand in hand with cultivating a culture of collaboration is the quality and size of a highly skilled, trained workforce. In the U.S., almost two-thirds of companies report they can’t find qualified applicants for open positions. This problem is predominant in the tech sector.6 According to one study, 71 percent of companies with unfilled positions are seeking qualified workers in technology or maths.7

As an answer to this alarming skills gap, Ontario has bolstered its programs across universities and colleges, especially in the STEM field, where industry-ready talent is in critical demand. Out of 29 advanced economies, Ontario ranks first in its concentration of STEM graduates.8 Moreover, Ontario’s 44 colleges and universities, offer more than 200 cooperative programs in the field of IT, annually producing approximately 39,500 skilled graduates. Every year, esteemed institutions in Ontario continue to train the best talent—e.g., the University of Waterloo’s engineering program is the second-largest source of engineering talent after MIT, University of Waterloo’s mathematics program produces the largest concentration of mathematical and computer science talent in the world, and Sheridan College is often regarded as the Harvard of animation.9
With no slowing down of the digital economy in sight, businesses need to figure out how to match skill set of its workforce with the exponential growth of technology. Otherwise, the results can significantly impact a business’s bottom line: studies show that a company can lose on average over US$14,000 for every position that remains vacant for three months or more.10 Another often-cited study argues that the U.S. economy loses roughly US$1 trillion a year in lost productivity due to unfilled positions.11 The skills gap is a burden companies nor governments can tackle alone. Cisco’s Innovation Center investment in Toronto is an example of how governments and the private sector are partnering to bridge the skills gap and win together.

Another example of a powerful public-private partnership is the one between the Ontario Government, Google and Communitech (a Waterloo-based innovation center). Together, they have helped the University of Waterloo’s Velocity program to nearly double its size. Now, the free start-up incubator, that has gained reputation to foster Canada’s top technology companies like Kik and Vidyard, is set to become the largest in North America. Looking ahead, it also provides the foundation to build 15 new C$100 million companies in the Toronto-Waterloo Region corridor over the next 10 years.12

No Slowing Down
The digital economy won’t slow down for anyone. Of course, we still have work ahead of us. Governments will have to continue to invest in building their local workforce and helping companies with great potential become successful.

In Ontario, the government has already committed C$800 million over four years to support incubators and clusters.13 And, to ensure the Toronto-Waterloo Corridor is easily accessible to all, plans are afoot to invest in improving the public transportation between the two regions. A collaborative, supportive, and innovative corridor like the Toronto-Waterloo corridor is well poised to attract more innovative minds and businesses and we believe it is well poised for a sound economic future.

7 Entrepreneur, What Tech Companies Are Doing to Bridge the Skills Gap, January 29, 2015

10 Entrepreneur, What Tech Companies Are Doing to Bridge the Skills Gap, January 29, 2015

About the Author:
Roshan Mohan is the Senior Economic Officer in Ontario, Canada’s International Marketing Centre, New York City. He has served in numerous economic development leadership roles. The government of Ontario works with partners in the private sector and across society to grow Ontario’s economy, create jobs and increase prosperity. 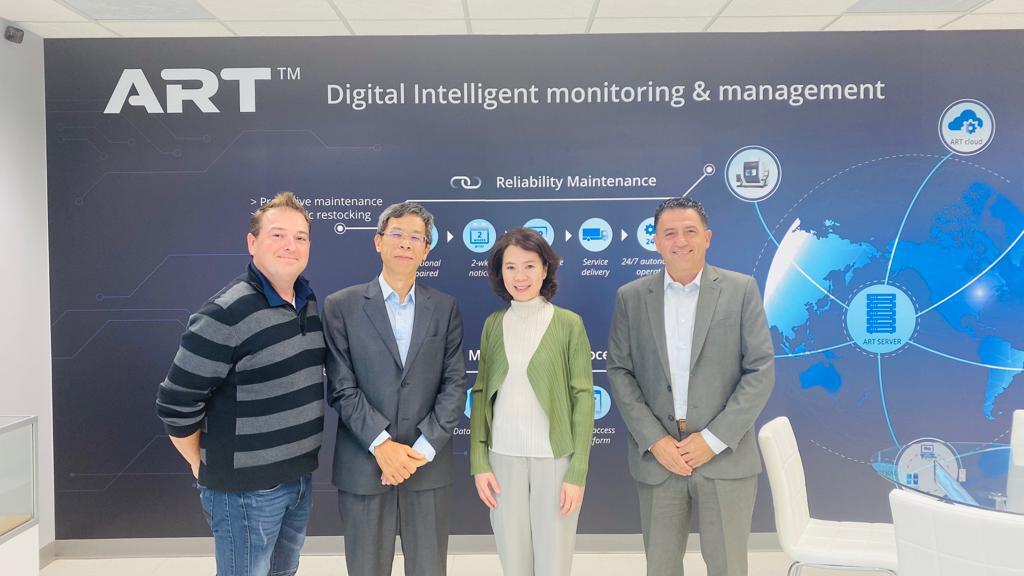 September 28, 2022
AXILE Machine is excited to announce that it has selected Windsor in Essex County, Ontario to begin its North American operations. Located at 5900 Rho... 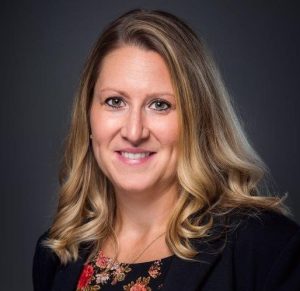 August 10, 2022
The Thunder Bay Community Economic Development Commission (CEDC) Board of Directors are pleased to announce the appointment of Jamie Taylor as Chief E... 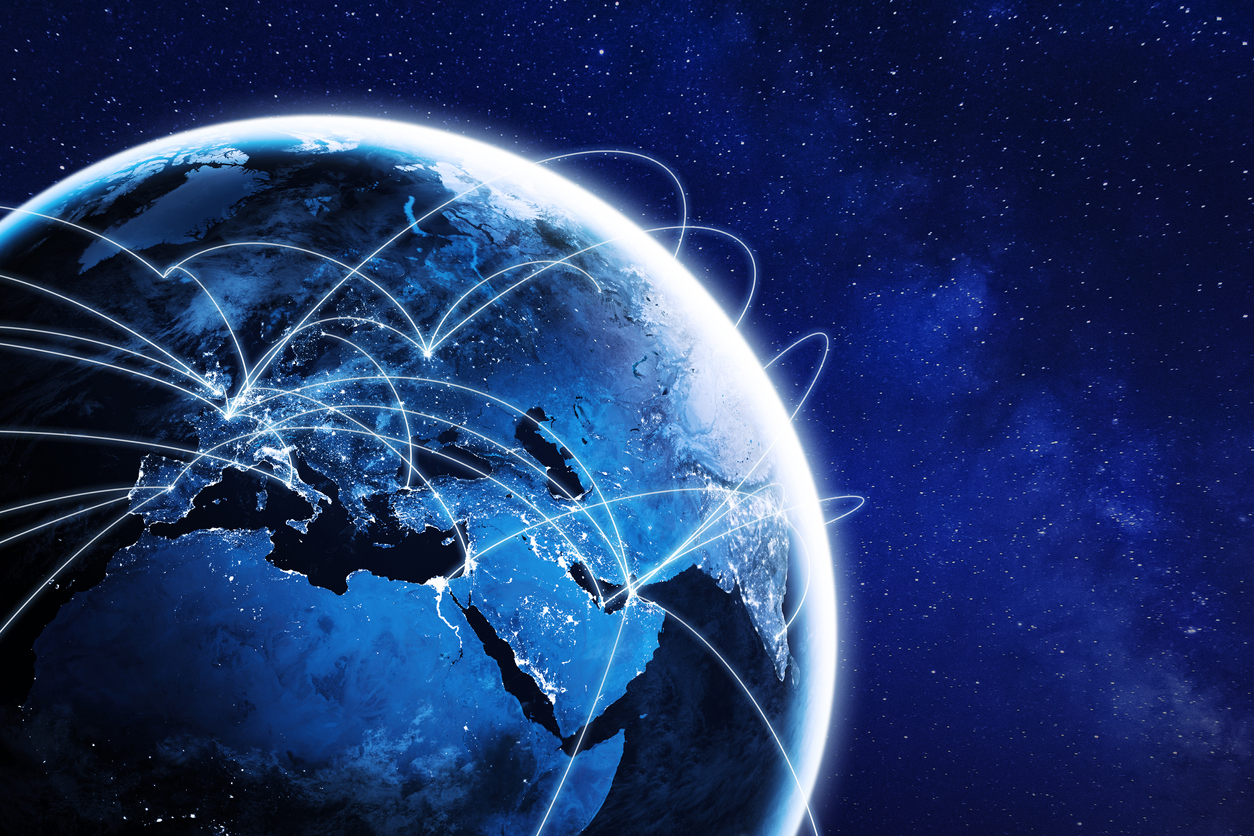 August 8, 2022
The Ontario government is supporting a $21.4 million investment by Cyclone Manufacturing, a leading supplier of aerospace components and sub-assemblie...

July 27, 2022
After two years of research and development, Zentek officially celebrated the opening of its new ZenGUARD™ manufacturing facility in Guelph at 1123 ...