Atlanta, GA — The Georgia Department of Economic Development (GDEcD) today announced that family-owned Hawaiian foods company King’s Hawaiian has invested more than $30 million in expanding their operations in Oakwood, Georgia, over the past two years. The company is hiring for several positions at different skill levels.

“It’s great to see this all-American, family-owned company continue to reinvest in our state,” said Governor Brian P. Kemp. “I want to thank King’s Hawaiian for the good-paying jobs they’ve created for hardworking Georgians in the northeast region of the state, and I look forward to seeing the new opportunities this expansion creates.”

King’s Hawaiian makes the No. 1 branded dinner roll in the U.S., along with other foods including hamburger buns, hot dog buns, sandwich bread, and more. In 2010, King’s Hawaiian expanded to Hall County to better serve their customers on the East Coast. More than a decade later, King’s Hawaiian has become a major employer and a valued community partner to northeast Georgia. After multiple expansions since their initial investment in 2010, King’s Hawaiian now employs more than 700 Georgians.

“We absolutely love doing business in the great state of Georgia. Over the years, we have discovered that the values and behaviors of ‘Southern Hospitality’ are perfectly aligned with the Aloha values and behaviors we hold dear to us,” said Chief Operations Officer of King’s Hawaiian Dan Raatjes. “The majority of all King’s Hawaiian products are produced in Oakwood, and we are blessed to be part of the thriving economy and local community.”

King’s Hawaiian is hiring now and will continue to be hiring for production operators and leadership positions, as well as for maintenance, food safety, and warehousing roles. Individuals interested in applying for careers with the company are encouraged to visit kingshawaiian.com/careers or text “Aloha” to 770-965-4481 for additional information.

“King’s Hawaiian continues to bring the Aloha Spirit to Hall County and Georgia. The company recognizes that people are key to its success in making irresistible foods, and they make investments in developing people,” said Vice President of the Greater Hall Chamber of Commerce Tim Evans. “King’s Hawaiian is a workforce development leader through their support of work-based learning with high school juniors and seniors and a growing number of apprenticeships through Lanier Technical College.”

“For more than a decade now, having King’s Hawaiian’s East Coast facility here in Georgia has been a point of pride for the state,” said GDEcD Commissioner Pat Wilson. “When Georgians go to the grocery store, there’s always a good chance their fellow neighbors helped grow, harvest, process, or package the food on the shelves, and when shoppers see King’s Hawaiian products on the shelves here, I can guarantee it came from Georgia.”

About King’s Hawaiian
Founded more than 70 years ago in Hilo, Hawaii, by Robert R. Taira, King’s Hawaiian is a family-owned business that, for three generations, has been dedicated to providing irresistible, original recipe Hawaiian foods made with Aloha Spirit. A priority for the company is sharing the Hawaiian Way – a uniquely Hawaiian approach to hospitality based on graciousness, generosity, and a commitment to making everyone feel a part of the King’s Hawaiian ‘ohana’ (extended family). The company operates baking facilities in Torrance, California, and Oakwood, Georgia. For more information, visit the company’s website at www.KingsHawaiian.com, or find King’s Hawaiian on Facebook, Instagram, and Twitter.

About GDEcD
The Georgia Department of Economic Development (GDEcD) is the state’s sales and marketing arm, the lead agency for attracting new business investment, encouraging the expansion of existing industry and small businesses, locating new markets for Georgia products, attracting tourists to Georgia, and promoting the state as a destination for arts and location for film, music, and digital entertainment projects, as well as planning and mobilizing state resources for economic development. Visit www.georgia.org for more information. 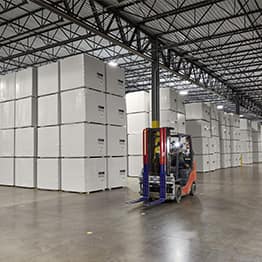 September 7, 2022
GAF Materials, a Standard Industries company and one of the largest roofing and waterproofing manufacturers in North America, will create 135 new jobs...