Courtland, AL — At a World War II-era Air Force base in rural Lawrence County, defense contractor Lockheed Martin this month opened one of the nation’s smartest factories, where workers will bring to life futuristic technologies to protect the U.S.

Lockheed Martin says the 65,000-square-foot structure in Courtland — known as Missile Assembly Building 4, or MAB4 — is no typical factory.

Rather, it’s a “digital first” center for the development of hypersonic strike technologies, pulling together all the best advanced production processes from across the entire company.

“This latest digital factory in Lockheed Martin’s infrastructure means we can make the most of digital engineering practices to revolutionize the way we develop and manufacture American-made hypersonic systems with efficiency and affordability,” said Sarah Hiza, vice president and general manager of the Strategic and Missile Defense Systems at Lockheed Martin Space.

Lockheed Martin said MAB4’s grand opening, which took place on Oct. 4, represented a milestone in its strategic commitment to establish North Alabama as the “Home of Hypersonic Strike Production.”

“This project is the result of a lot of hard work from our federal delegation, our valued local leaders, and a great corporate partner our state has in Lockheed Martin,” Governor Kay Ivey said at the grand opening ceremony.

In addition, the company is expanding its presence in Huntsville, where it has operated since 1963, to develop hypersonic technologies. 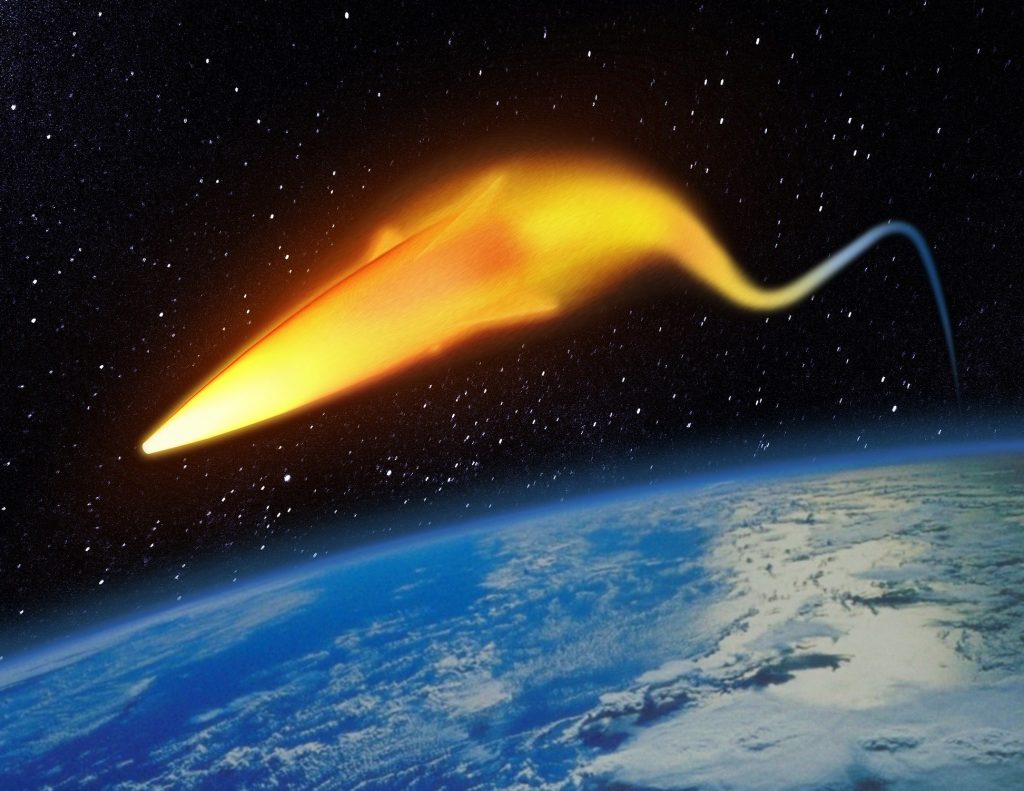 The U.S. government has identified hypersonic strike capabilities as critical for defense against adversaries. The weapons, flying at five times the speed of sound, can intercept and destroy ultra-fast enemy missiles.

Game-Changing Technologies
“Lockheed Martin’s digital factory in Courtland is another reminder that amazing things are being accomplished in the state’s rural communities.”

MAB4’s manufacturing floor will feed a “digital thread” — a data-rich communications network — that yields unprecedented insights so the team can optimize production with maximum efficiency.

“Hypersonic weapons play a critical role in deterring our nation’s near-peer threats, and we are proud to partner with our nation’s military for mission success,” Lockheed Martin’s Hiza said.

Lockheed Martin has been manufacturing defense systems in Courtland since 1994. The company began construction on nine buildings on the 660-acre campus, the former site of a World War II-era U.S. Army Air Corps base.

Over the past two years, the Courtland facility has grown by a total of 117,000 square feet of manufacturing space. With this growth, the team will bring approximately 70 new jobs to Courtland and another 200 jobs to Huntsville, headquarters for the company’s hypersonic program management and engineering functions.

“Lockheed Martin’s partnership with the state of Alabama dates back decades and includes research and development on rockets, tactical missiles, space exploration, and more,” said Greg Canfield, Secretary of the Alabama Department of Commerce.

“I am proud to see this relationship strengthen as the company makes our state the flagship location for its hypersonic programs.”

Workforce Development
Continuing to train a skilled workforce for its growing programs is a priority for Lockheed Martin and its state, academic and military partners in Alabama.

One of the key examples of this commitment is the Advanced Manufacturing Technician Apprenticeship Program (AMTAP), which has had 40 graduates of the program join the Courtland team full-time. Read about this apprenticeship program.

Lockheed Martin said every dollar invested in this training program turns into $6.62 back in the Alabama economy.

“Like many companies from around the world, Lockheed Martin found the workforce and the all the other ingredients it needed for success in rural Alabama,” said Brenda Tuck, Rural Development Manager for the Alabama Department of Commerce.

“Lockheed Martin’s digital factory in Courtland is another reminder that amazing things are being accomplished in the state’s rural communities.”

Bethesda, Maryland-based Lockheed Martin also has a significant presence in rural Pike County, where it operates a missile assembly facility and a Sikorsky aircraft manufacturing site.

Contact Information:
Made in Alabama
Words by Jerry Underwood
www.madeinalabama.com

September 1, 2022
Ecore International plans to invest $25.5 million to open a state-of-the-art manufacturing and recycling facility in the Southeast Alabama city of Oza...