Many of Mexico’s states and communities have heavily invested in upgrading labor force skills and engineering/programming professionalization. Mexico’s median age is 26 years old and the manufacturing infrastructure is strong. There are over three million citizens enrolled in post-secondary education and over 120,000 graduating with engineering degrees from Mexican universities each year.

In order to take advantage of this natural economic interdependency, several U.S. border communities have developed Cross-Border Economic Development programs to assist companies seeking locations on both the U.S. and the Mexican side of the border. These include the San Diego-Tijuana Regional Economic Development Corporation – encompassing the communities of San Diego County, California and Tijuana, Mexico; the Borderplex Alliance, encompassing the communities of El Paso, Texas, Las Cruces/Santa Teresa, New Mexico, and Cd. Juarez, Mexico; and the Sun Corridor, Inc., supporting Pima County, Arizona (Tucson) and Guaymas/Empalme, Sonora, Mexico.

These organizations help to facilitate the location of manufacturing business operations on both sides of the national border and, in some cases, state borders – the definition of regional cooperation. Many companies have found these organizations to be invaluable in helping link U.S. businesses with government resources in Mexico. Studies have shown that such symbiotic relationships can actually create more economic activities and interdependencies between the two countries. For example, a company that wants to keep engineering, management and distribution operations in the United States but needs to lower manufacturing costs can place manufacturing operations in Mexico, and shuttle management and engineering between the U.S. location and the plant in Mexico. This makes relocation of U.S. technical personnel much easier than relocating them to a foreign country while keeping them near manufacturing operations for development and production purposes.

The RSH Group recently assisted one of our clients to explore the possibility of relocating a manufacturing operation from Silicon Valley, California to other areas such as Dallas, Charlotte and Tijuana. Based on our analysis, the annual cost of goods made per year would decrease by 17 percent if manufacturing operations were relocated to Mexico versus keeping operations in Silicon Valley, as shown in the accompanying chart. Alternative domestic locations such as Dallas and Charlotte would only slightly lower the cost of goods.

The Automotive Industry in Mexico

For many years, automotive assembly and parts companies have been locating in Mexico in order to take advantage of lower labor costs and rising productivity. Daimler and Renault were the first companies to place their auto manufacturing plants in Mexico to service the Mexican government back in 1910. Today, there are many automotive manufacturers in Mexico, employing over 335,000 workers. Primarily, these plants have been built to supply the U.S. market.

The aerospace industry in Mexico is one of the three largest manufacturing industries in Mexico today. Over $3 billion U.S. dollars have been invested during the last three years, employing over 20,000 workers. Over 300 companies have chosen to locate aerospace manufacturing plants in Mexico.

Rising skills levels and increased engineering support have made Mexico a prime location for companies looking for a low-cost North American manufacturing location. Nearly every component of a plane can be manufactured in Mexico, including turbines, fuselages and sensors for jet engines.

Over 91 percent of medical device investments into Mexico come from the United States. Workforce skills, intellectual property protection, and lower operating costs have served as a catalyst in the attraction of medical device companies to Mexico.

Savings are an important driver in the selection of Mexico for medical devices. Larry Angione, President of Coastline International, has been operating a manufacturing operation in Tijuana for 35 years and works with a variety of medical device and electronics companies based in the United States. According to Mr. Angione, the cost differential between manufacturing in the United States and Mexico has increased as labor costs have increased in the U.S. For example, costs for clean room contract manufacturing can be as low as ½ of U.S. costs.

James Renzas is a Principal with The RSH Group, Inc., which has offices in Northern and Southern California. He has over 30 years of experience working with companies seeking locations for office, manufacturing and distribution operations and regularly evaluates Mexico for operations serving new markets or supplementing existing high-cost locations. He can be reached at jrenzas@thershgroup.com, www.theRSHgroup.com, or at 949-305-7290 x 01. 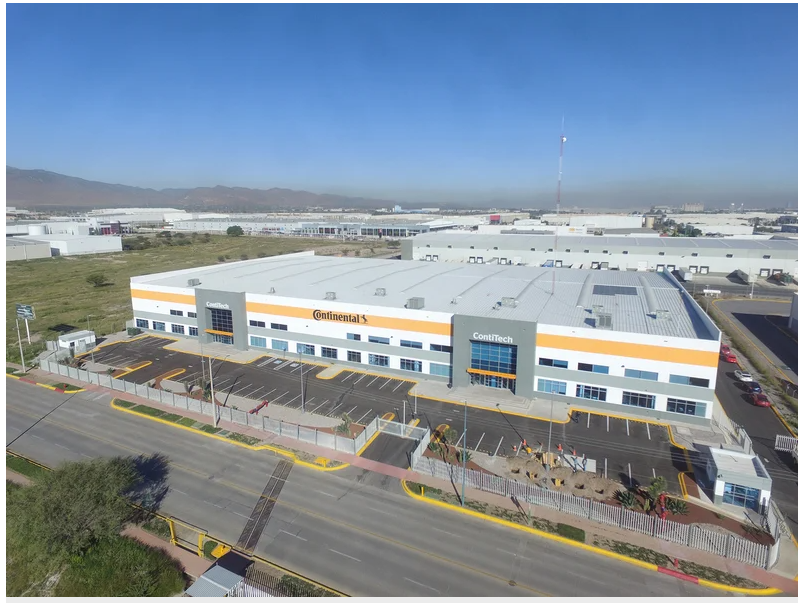