New Brighton, Minnesota. It’s the quintessential Middle American town, cold in the winter, humid in the summer. The people are friendly year round. Children play in the creek running through the neighborhood park, and the Dairy Queen across the street is ready to make them Blizzards when they’re done. A few miles down the road, though, is something rarely seen in America, at least not anymore: a factory.

A medical device factory, to be exact, Donatelle Medical. In operation since 1967, Donatelle is a staple of both the Minneapolis suburb and the healthcare industry alike. Cochlear implants, pacemakers, medication pumps, they make it all. They also employ hundreds of workers and inject millions of dollars into the local economy every year.

In a sense, though, Donatelle is not unique; the Twin Cities are a Mecca of sorts for America’s burgeoning medical manufacturing industry. According to the Bureau of Labor Statistics, over 400 such establishment are located throughout Minnesota, employing nearly 30,000 people with an average salary well north of $70,000.

But, fabricating surgical tools and dental implants isn’t just important to the North Star State; it has significant implications for the nation’s economic future as well. The medical device niche is one of the last bastions of America’s once powerful manufacturing sector. It not only survived the Great Recession, it has grown stronger in the aftermath. Overall, U.S. manufacturers have shed more than two million jobs over the last ten years, continuing a decades-long trend of persistent and often heart-wrenching decline. Medical device manufacturers have, by contrast, exhibited modest but positive employment growth over the same time frame. This is no small feat given the increasingly-competitive global environment and the high labor costs associated with domestic manufacturing.

Medical equipment is also one of the few goods-related sectors outside of agriculture where the U.S. still enjoys a substantial trade surplus. 2013 saw medical device exports outstrip imports by almost $3 billion dollars. While this is a drop in the bucket compared to the country’s half a trillion annual trade deficit, it is an important symbolic victory that should not be ignored. It’s a success that proves that American manufacturing is still relevant in the rapidly-shifting climate of a modern global economy, particularly in high-tech fields that require precision craftsmanship. More importantly, it’s a success that comes in a sector destined to thrive for years to come.

There are several factors underlying the recent growth of the medical device manufacturing sector. The most obvious, of course, is the same factor that has fueled the boom of the broader global healthcare industry: demographics. To put it simply, the U.S. population is aging. The average American could expect to live 69.7 years in 1960; today most of us will survive long enough to brush 80. The median value of the age distribution has likewise jumped 8.2 years over the same period, and similar trends can be found throughout the Western world.

These trends are startling, and their implications are enormous. Its basic human biology that as we age, we tend to experience more health problems. Thus, as the U.S. population distribution continues to shift to the right, it can be expected we’ll also consume more healthcare. That, in turn, means more medical devices.

The U.S. economy has already seen this play out in dramatic fashion. In real dollar terms, healthcare spending has jumped by some $2.5 trillion dollars since 1970. As a share of GDP, these expenditures have nearly tripled over the same period, from 6.2 percent to 17.1 percent. Over one-sixth of all goods produced and services provided in 2015 went towards improving or maintaining health. With the median age not expected to peak for at least another decade, it is likely that this trend will continue for the many years to come.

There is, of course, more at play than an increasingly-robust geriatric population. Recent legislative efforts to expand healthcare access such as the Affordable Care Act (ACA) have undoubtedly had a hand in driving up expenditures. (More on the ACA in a bit.) Yet there is another important variable in the equation that must be considered, and that is that technology has come a long way in the past century.

Think of it this way: no one was buying smart phones 20 years ago because there were no smartphones. The same can be said for much of the contemporary medical device market. Recent technological advances in both the practice of medicine and within the devices themselves have expanded the industry’s horizons to areas unimaginable in decades past. Sure, some of these advances have simply rendered older technologies obsolete, but by and large, there’s been a huge expansion in the goods and services available to consumers. That’s good news for those consumers; it’s great news for medical device manufacturers.

So what are some of these cutting edge developments improving patients’ lives and lining the pockets of the innovators who conceived them? They address problems from the routine to the life-threatening, but they’re all remarkable in their ingenuity. Consider the NFC skin patches under development by GENTAG, Inc., a D.C. based biomedical firm. GENTAG is one of several entities pioneering glucose monitoring devices that don’t require painful skin pricks. Such tests are hardly earth shattering, but they do have potential to significantly improve the quality of life, and perhaps even the medical outcomes, of diabetes patients.

Other breakthroughs have come as the result of more traumatic circumstances. Over the course of America’s ongoing Global War on Terror, thousands of U.S. service members have lost limbs in combat. This has understandably led to a resurgent interest in prosthetic limb technologies. Scientists at the government’s Defense Advanced Research Projects Agency have answered that implicit call, delivering prosthetic hands that are both controlled by and deliver feedback directly to an amputee’s brain. That’s right: Luke Skywalker’s robotic appendage, which seemed so far-fetched when The Empire Strikes Back was released in 1980, is now a real thing.

While government funded players such as DARPA and research universities have played a huge role in modernizing the medical device industry, the expanding interest of private venture capitalists has also contributed significantly to the industry’s success. According to PWC’s MoneyTree, VC investment in medical devices averaged roughly half a percent of all venture funding between 1995 and 2000. That average nearly tripled to 1.43 percent between 2010 and 2015. After adjusting for inflation, that’s a jump from roughly $1 billion in 1995 to $2.7 billion last year. That represents a dip from the pre-recession peak of $4 billion, but all signs point to medical devices as a field of increased focus for VC firms going into the future.

Recently medical manufacturers also received a significant boost from a two-year suspension of the ACA’s medical device excise tax. Originally implemented in 2013, that tax was designed to help fund the sweeping healthcare reform by taking an additional 2.3 percent of all revenues generated by medical device firms. The logic behind this course of action was that the ACA would benefit these firms, and therefore they should pay some of that windfall back. Unfortunately, the tax’s focus on revenues as opposed to profits appears to have missed the mark. Almost immediately after going into effect, the measure received bipartisan criticism for disproportionately impacting small firms which generate very little, if any, profits. Considering that these are often the firms at the cutting edge of innovation and progress, such concerns appear to transcend special interest lobbying.

It was thus a major win for the industry when President Obama signed the moratorium into law in December 2015. The downside is that this temporary relief is just that: temporary. While the next two years will undoubtedly be spent lobbying for a permanent repeal, or at least a restructuring to a profit-based model, the current political climate makes the success of such appeals far from certain. That uncertainty will hang like a cloud over the tens of thousands of medical device manufacturers as they attempt to figure out investment and expansion decisions.

But even if the medical device excise tax is fully reinstated, it will not be an insurmountable setback for the industry. According to the U.S. Cluster Mapping Project, there are already a number of thriving medical manufacturing hubs located throughout the U.S. Some of these clusters are based out of the usual suspects: San Diego, Boston, the San Francisco Bay Area. Many of the strongest clusters, however, have found a home in somewhat unexpected locales, a clear demonstration of the industry’s potential to provide much needed diversity to many regional economies.

As mentioned previously, medical device manufactures can be found in abundance in Minneapolis and St Paul. The Twin Cities metro is not the only Midwestern region to capitalize on this strong manufacturing niche,

though. Indianapolis is a significant industry center, and the Northern Indiana cluster is the strongest in the nation. Likewise communities as diverse as Portland, Oregon and Tampa, Florida have high concentrations of both industry employment and specialization. Medical equipment fabrication truly is a coast to coast enterprise, employing well over 300,000 Americans in sustainable, well-paying jobs.

The formation of these manufacturing clusters was not merely some happy accident. True, some locales such as sleepy Warsaw, Indiana (the “Orthopedics Capital of the World”) have historical precedent on their side, and Los Angeles and Boston have long been broad-spectrum economic powerhouses. Once one looks beyond the obvious considerations, though, a common thread can be found running between all of these communities: they all have healthy economic development and incentives programs supporting this pivotal industry.

Massachusetts, a longtime health care and medical device research hub, implemented its “Medical Device Tax Credit” in 2006. This program reimburses companies the fees they pay to the FDA for approval of new medical devices developed or produced within the state. Similarly, Indiana’s Medical Device Manufacturers Council actively tracks and supports pro-industry legislation at both the state and federal level, and Minnesota is considering state level tax breaks to offset the Federal excise tax if and when it is again imposed.

Effective incentives packages can also be developed at the local level. The above mentioned Warsaw, Indiana employs a variety of tools to encourage its medical device industry. These include the reimbursement of up 50 percent of training costs and a tax credit on 15 percent of qualifying research spending. In 2008, they leveraged tax abatements to support a 100 job expansion of a native Warsaw firm, Zimmer Biomet.

In many ways, these programs are but minor considerations for an industry whose outlook has never been better. The demographics are right, the funding is there, and new technologies are opening doors to opportunities never before imagined. Throw in the permeant extension of the Federal R&D tax credit, and the conditions are set for America to be the global leader for years to come.

This is not, however, an excuse for complacency; both industry and political leaders alike must take proactive steps to avoid the mistakes that crippled American manufacturing in the past. For better or worse, the days of high tariffs and other trade protections grow ever more distant in the rearview mirror of history. For this industry to thrive in the modern economy, for it to lead the resurgence of domestic manufacturing that so many Americans crave, it must remain competitive, innovative, and above all, forward thinking. 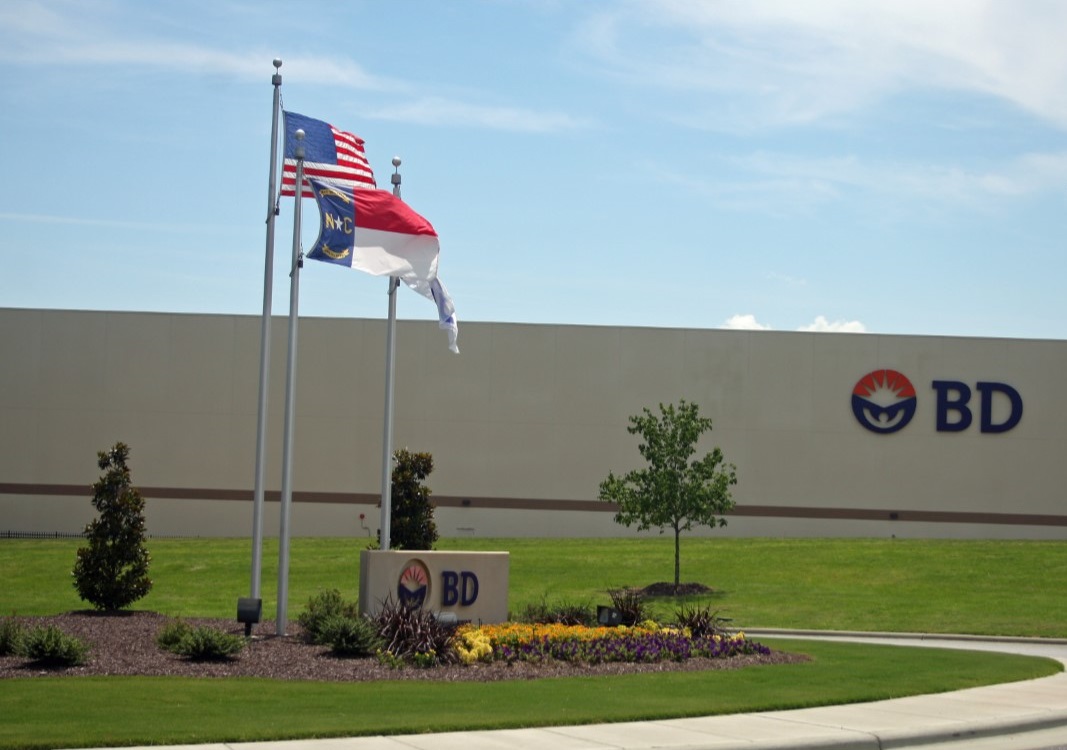 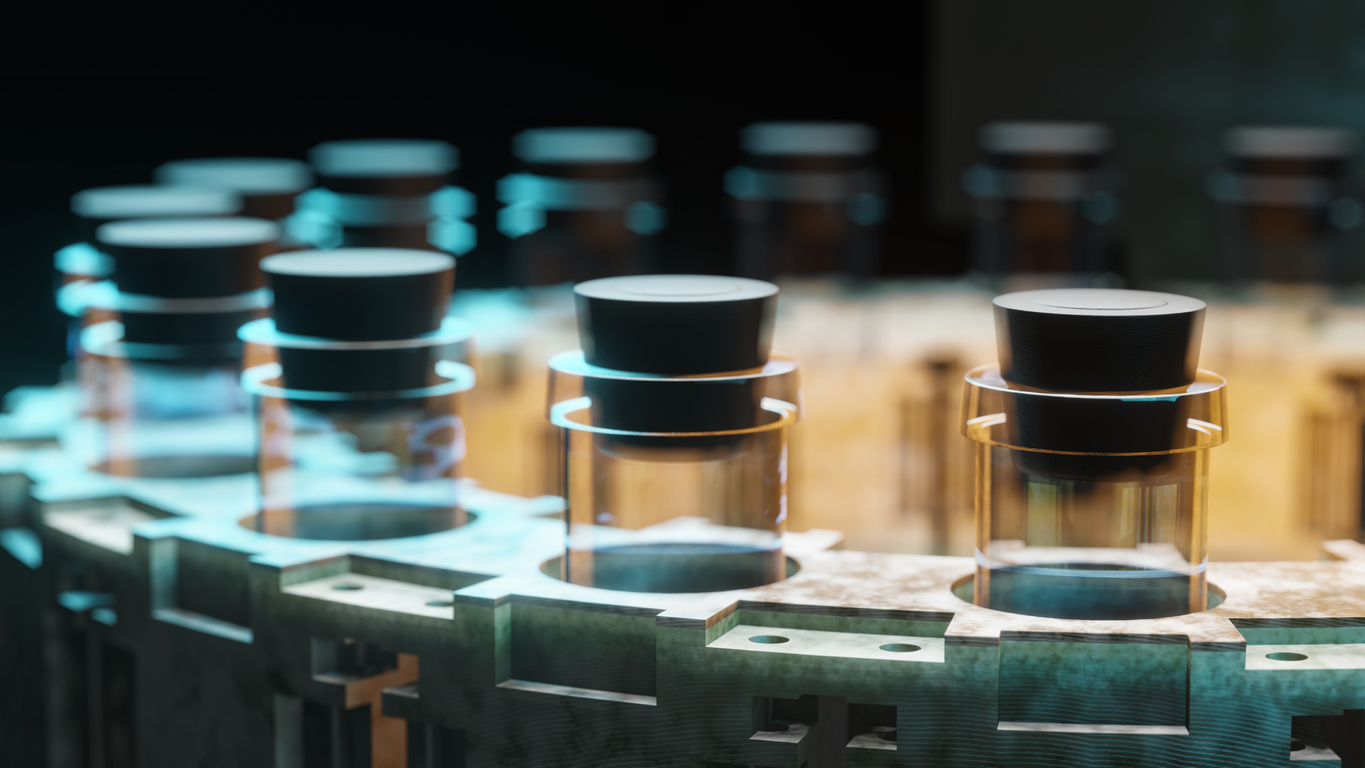