Four years ago, the announcement that Austin would get a Formula One (F1) track was met with much fanfare. It would further put Austin on the map and boost the local economy. Three years after opening, however, the track’s economic benefits are still being debated.

The track, known as Circuit of the Americas (COTA), was constructed at a cost of $300-450 million. The value has since dropped to $271 million, say government officials, and the track started paying $22 million a year for 10 years to Bernie Ecclestone, chief executive of the Formula One Group, which manages Formula One and controls the commercial rights to the sport, according to the Austin American Statesman. The Statesman notes that COTA covers that and other costs – totaling $29 million – with state incentives.

COTA counters that F1 generated $507 million in economic impact for the city. Other events at the racetrack and its adjacent amphitheater, including concerts, comedy shows, and the X Games, garnered an additional $224 million, according to a study by Greyhill Advisors. The study estimates that the track’s activities have produced 9,100 jobs in Austin and the surrounding region, and brought in 1.1 million visitors last year.

Kansas Speedway in Kansas City hosts fewer events annually but, unlike Austin’s track – which Autoweek has deemed “certifiably In The Middle Of Nowhere” – is adjacent to a shopping and entertainment district along with a hotel and casino. Event parks and baseball and soccer fields also exist, along with a tram service and other hotels nearby. Greg Kindle, president of the Wyandotte County Economic Development Council, has described Kansas Speedway as “the spark in the economic engine that is Wyandotte County,” of which Kansas City is a part. The economic impact is put at roughly $200 million.
The economic impact of speedway events contrasts with typical sporting events in that fans come for two to three days at a time and often from afar. Seventy-one percent of Las Vegas Motor Speedway’s fans for NASCAR weekend come from out of town, according to Las Vegas Convention and Visitors Authority research, boosting profits for hotels, restaurants and rental cars.

Tracks can also make money from concessions, parking, and corporate sponsorship. During F1 weekend, Austin’s track charges $200 for three days of parking – on a dusty field!

In the case of F1 tracks, however, the F1 Group keeps money from trackside advertising, corporate hospitality and TV rights fees, according to KLBJ, an Austin-based radio station. The bulk of a track’s money is tied to race weekends, and this often gives the governing racing body a lot of leverage in negotiations, as does the fact that many countries are clamoring to host an F1 race. “They basically can pick and choose from year to year,” says Craig Depken, professor of economics at the University of North Carolina at Charlotte. “That imposes pressure on the track to make sure hospitality is there, and luminaries show up. You have to pay to play.” England’s storied Silverstone Circuit couldn’t get $17 million when it recently tried to sell yet was forced to implement $52 million worth of improvements to the track to get a 17-year extension for F1, even while it was losing money.

Both F1 and NASCAR are shrinking in popularity, making motor sports a riskier investment proposition still. Atlanta Motor Speedway is doing away with 17,000 seats; Daytona International Speedway is removing 46,500, while Charlotte recently removed 41,000. In 2013 Seven NASCAR tracks removed seats in 2013 alone. Global viewership of F1 has fallen from 600 million in 2008 to 425 million last year, though its U.S. TV audience did manage to grow 10 percent last year, according to the Wall Street Journal.

Because motorsports depend heavily on sponsorships – seen on everything from driver’s cars to pit walls – the declining interest impacts not only seats sold and TV ad revenue but investment in the sport more multi-dimensionally.

Motorsports is also often impacted by economic downturns, being that they are multi-day events that involve long-distance travel for many fans. This may impact NASCAR worse, given that a good portion of its fan base is working class. The share prices of two key operators of NASCAR tracks, Speedway Motorsports and International Speedway, sunk by half from 2008-2011, some of which was likely attributable to the downturn.

To navigate this challenging environment, Eddie Gossage, president and CEO of Texas Motor Speedway in Fort Worth, NASCAR’s second largest track, has made sure his speedway is providing options for everyone, from the grandstand partier to the luxury suite executive.  Tickets sell for as little as $20 and coolers with alcoholic beverages are allowed.

Theoretically a motor speedway can raise a location’s profile and thus increase tourism revenues beyond race weekends. In Singapore, which hosts an F1 night race, 10 percent of high-net-worth people who viewed the broadcast of the race were more likely to visit the island-state, according to a Boston Consulting Group study. But there’s scant evidence to suggest they actually do so. BCG also found that 70-90 percent of foreign business owners and managers said the F1 race improved their perceptions of Singapore. But Singapore’s state-run Straits Times newspaper found it “difficult to imagine that seeing an F1 race would prompt a business to be interested in investing in Singapore.”

Then there’s the question of how a track’s geography shapes the economic impact of a race on a host city. Many tracks are miles from the downtown core and isolated from broader economic activity; Austin’s track is set amid farmland; Malaysia’s by miles of palm tracts. Much of the spending occurs at the facility itself, or – given the high percentage of tourists – in touristy pockets of the city, limiting the potential reach of the economic impact.

Another challenge is sustaining interest. NASCAR’s popularity is pretty secure in the South but less so nationwide, and the verdict is still out on F1 in the states.

“In the early years, you should see [an economic] bump,” says Depken of Austin’s track. “The question is whether it will persist over time.” Depken says once people have experienced some sporting events, they may not be compelled to return. “The question is, is there a big enough market that people are willing to consistently come to Austin, or is it a one-off deal whereby they get it out of their system?” When markets tend toward the latter, expanding interest is vital.

Some tracks, like Indianapolis Motor Speedway, bring a diversified economic impact to their city and state. Hi-tech, advanced manufacturing, parts manufacturing and engineers have grown up around racing in Indianapolis.

Motor speedways can send economies into high gear, but the road there is hardly ever smooth.

Bio:
Yannis is an associate project manager at Angelou Economics, where he analyzes the economic and social resources available to clients and develops viable strategic paths forward.

Prior to joining AngelouEconomics, Yannis reported on economic and political issues in Asia, Africa and the U.S., for publications across the political spectrum, including Time, Newsweek, Forbes, the Wall St. Journal, Washington Times and New York Times.

His examination of developmental dynamics in numerous cultural and geographical settings has sharpened his understanding of how best to maximize economic potential within local and global contexts. 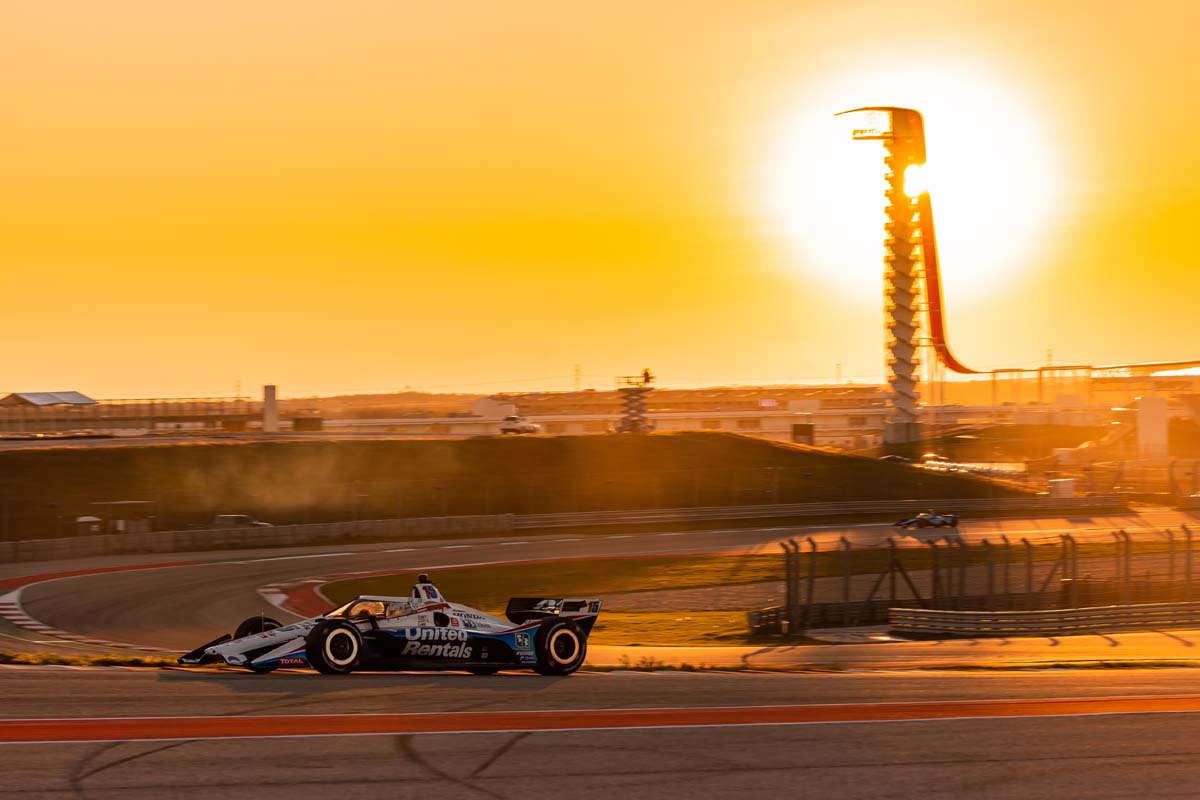