Long-term economic growth is a team sport and there’s one state with a motivated, collaborative All-Star roster of regional and local development agencies and partnerships that work together to guarantee progress that is sure to evolve for decades to come.

In a vast state like Nevada, “There is more cross cabinet collaboration than has ever occurred before. We have economic development authorities in rural, as well as more developed areas, across the state that communicate on a regular basis with one another so that we all have a good understanding of what’s going on statewide and execute locally,” says Michael Brown, head of the Governor’s Office of Economic Development (GOED).

“We’re receiving inquiries from companies across the country that had never previously looked at the state as a place to expand and grow their operations in virtually every part of the state,” he says.

“Our geography puts us in a very good position and we can offer a standard package of abatements of modified business tax, sale taxes and real estate taxes, and a fairly conservative regime of tax abatements compared to other states. All that and much more makes Nevada very attractive to companies thinking of relocating or expanding their business.”

The results are impressive. This year alone, to date, the GOED has approved applications from 17 major companies that will set up shop in four Nevada counties and create more than 3,300 jobs over the next decade. They include major firms in the manufacturers, financial services, recycling and information systems industries.

In June, the state legislature passed a raft of measures aimed at helping enhance and further synergize the state’s economic development strategy including a measure to align workforce training and programs offered by community colleges throughout the state, “to ensure that Nevadans are trained and ready for jobs of the future by bringing renewed focus and resources to Nevada’s community colleges.”

A new player was added to the roster in July when the GOED approved the formation of the Nevada 95-80 Regional Development Authority (RDA), which will join Humboldt and Pershing County economic development efforts and the cities of Winnemucca and Lovelock at the state level. 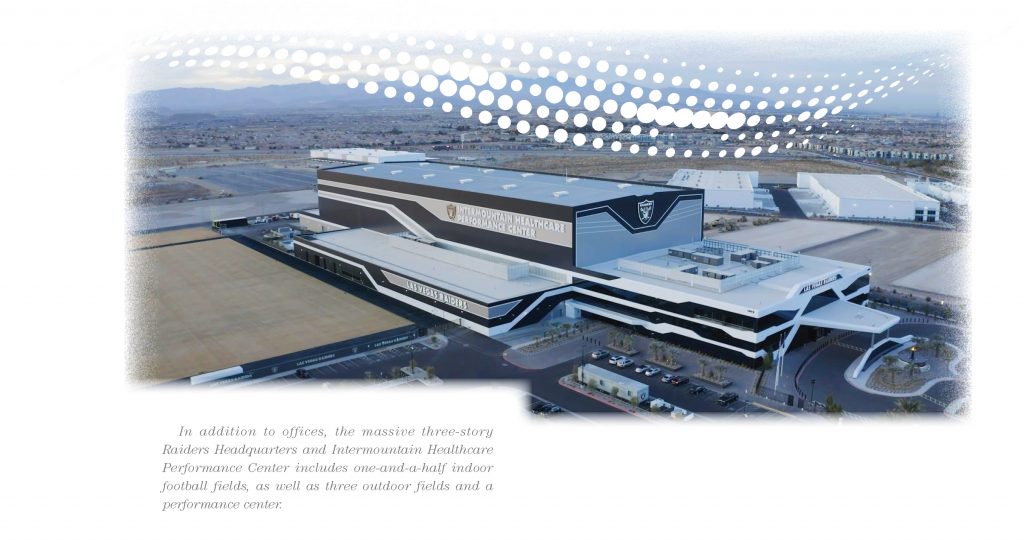 In Churchill County, TerraScale, a California-based firm that specializes in clean energy design, has unveiled plans to develop up to 3,700-acres of land just east of Reno for its Energos project. The initial phase of the project involves building a 20-megawatt, zero-carbon footprint data center that will initially use a mix of renewables and natural gas. The project is slated for completion in March, 2022.

The Terrascale project was navigated by the GOED and the Churchill Economic Development Authority (CEDA), an inter-local agreement between Churchill County and the city of Fallon. The CEDA also created the Business Council as a source of private support and funding to be used as a match to what was, at the time, a grant from the GOED.

In January, the state and the Northeastern Nevada Regional Development Authority (NNRDA) entered a three-year partnership with Ontario, Canada-headquartered MineConnect, a new business incubator dedicated to the service and support of the Nevada Mining Industry.

When MineConnect opens its doors in Elko later this year, rural Nevada will have access to Canada’s largest concentration of hard rock mining expertise through its membership of 190 companies with 8,800 employees throughout Northern Ontario.

Over the past several years, the City of Henderson, some 16 miles southeast of Las Vegas, has become a magnet attracting a growing number of businesses including Google, which has called Nevada home since 2019 when it broke ground on a $600 million data center investment in the city. 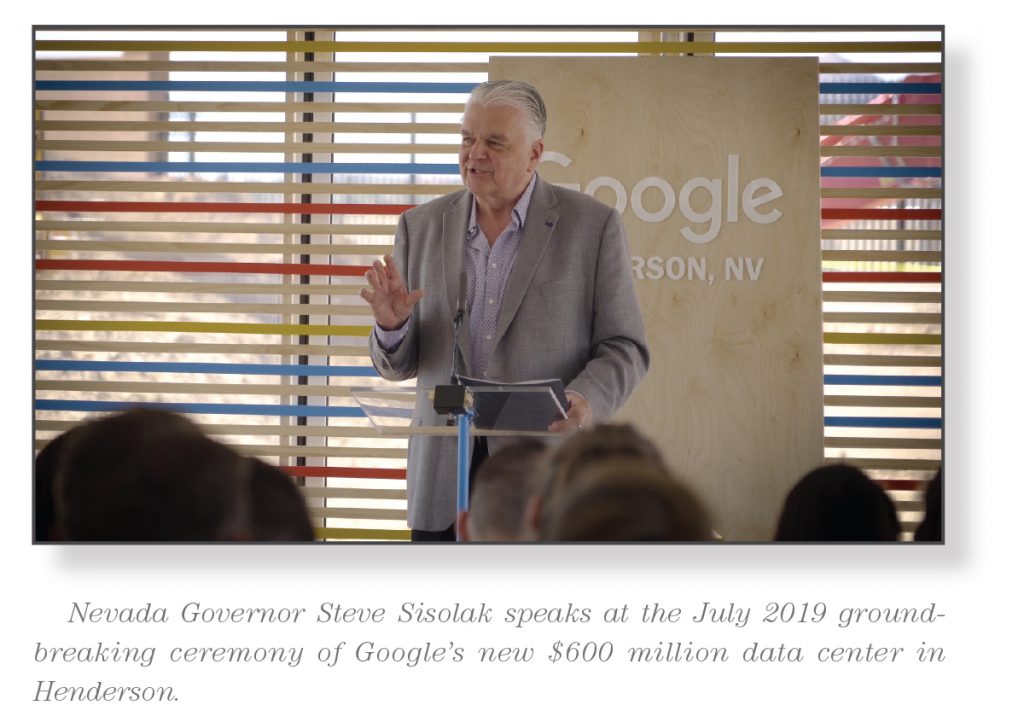 Google says it will work with clean-energy startup Fervo Energy to develop a next-generation geothermal power project that will begin adding carbon-free energy to the Nevada power grid in 2022. The system will use underground fiber optic cables as sensors to identify the best locations to find geothermal energy. 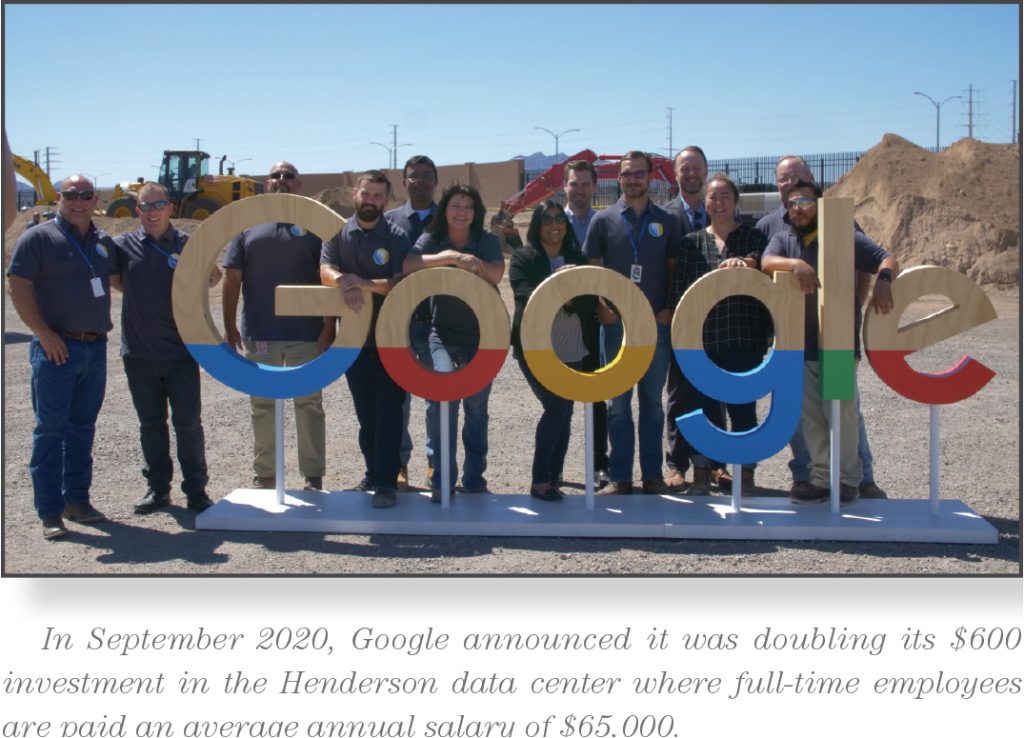 In May, Henderson and the College of Southern Nevada began work on a new education center that will train high-tech workers for Haas Automation. In 2019, the school began developing a scaled-up version of its manufacturing curriculum that year with the help of Haas management and has since received a $2 million state grant to expand the program.

The Reno area is also acting as a magnet for businesses looking to expand their regional, national and global footprints.

The Tahoe Reno Industrial Center is located in Storey County, about 10 miles east of Sparks in Washoe County, while Tesla operates its massive Gigafactory in Sparks. The facility—the largest and most advanced battery factory in the world—covers 126 acres and is almost completely solar-powered with 6,500 workers producing high-quality lithium batteries for the electric auto industry. Most recently, Tesla partner Panasonic unveiled a new battery production line at the Gigafactory. 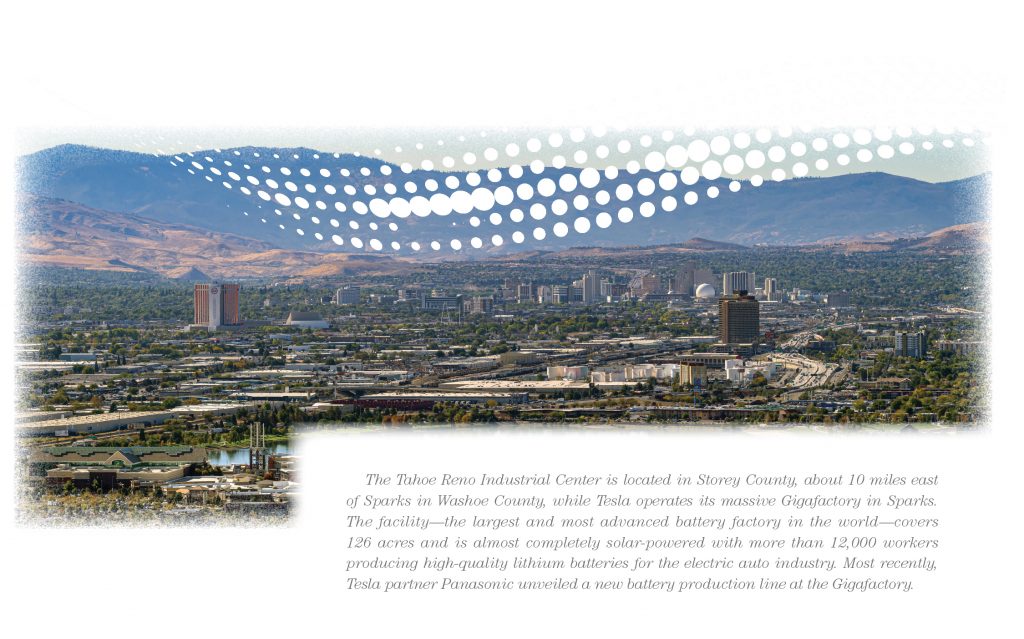 Nevada is showing great success in leveraging its proximity to five of the nation’s busiest deep-water containerports, as well as ready rail and one to two day ground transportation access to all 11 western states and their 75 million-plus consumers.

The 224-acre Western Nevada Commerce Center, located 30-miles east of Reno, has the distinction of being served by two Class 1 freight railroads—Union Pacific Railroad and BNSF Railway—as well as access to Interstate 80 and U.S. 50, and has a official federal Port of Entry designation.

In April, ground was broken for the first building at the Victory Logistics District, a planned 4,300-acre industrial complex sited east of Fernley in Lyon County. The 815,000-square-foot distribution facility is slated to be completed and fully leased in the first quarter of 2022.

“I think the period from 2021 to 2025 is going to be a period of great transformation in American industry manufacturing,” says GOED’s Michael Brown.

“We are so well positioned for the future. People will look back and refer to 2021 as the pivot point between the pre- and post-pandemic economy. All in all, Nevada and the companies that chose to do business here have a very bright future ahead of them.” 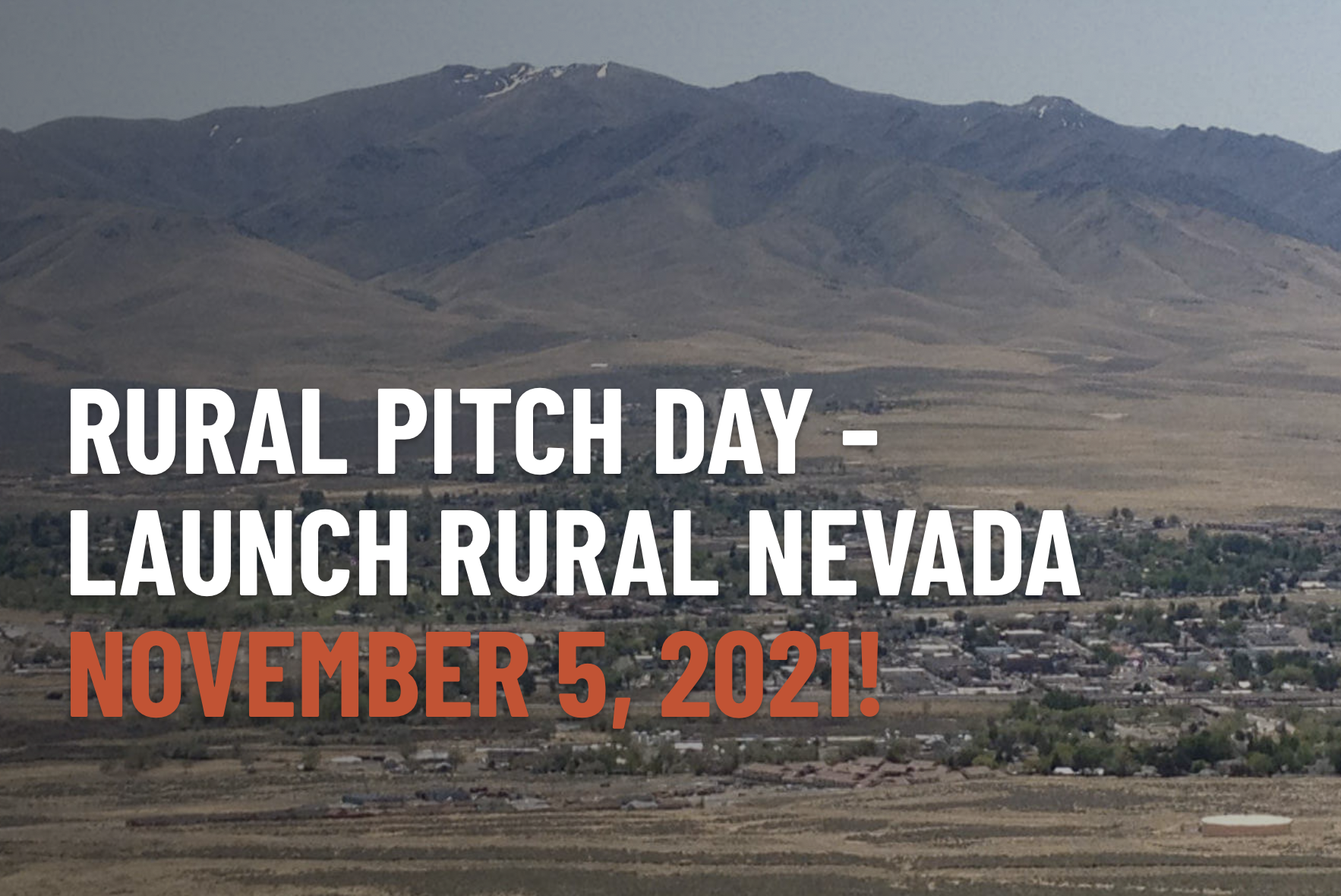 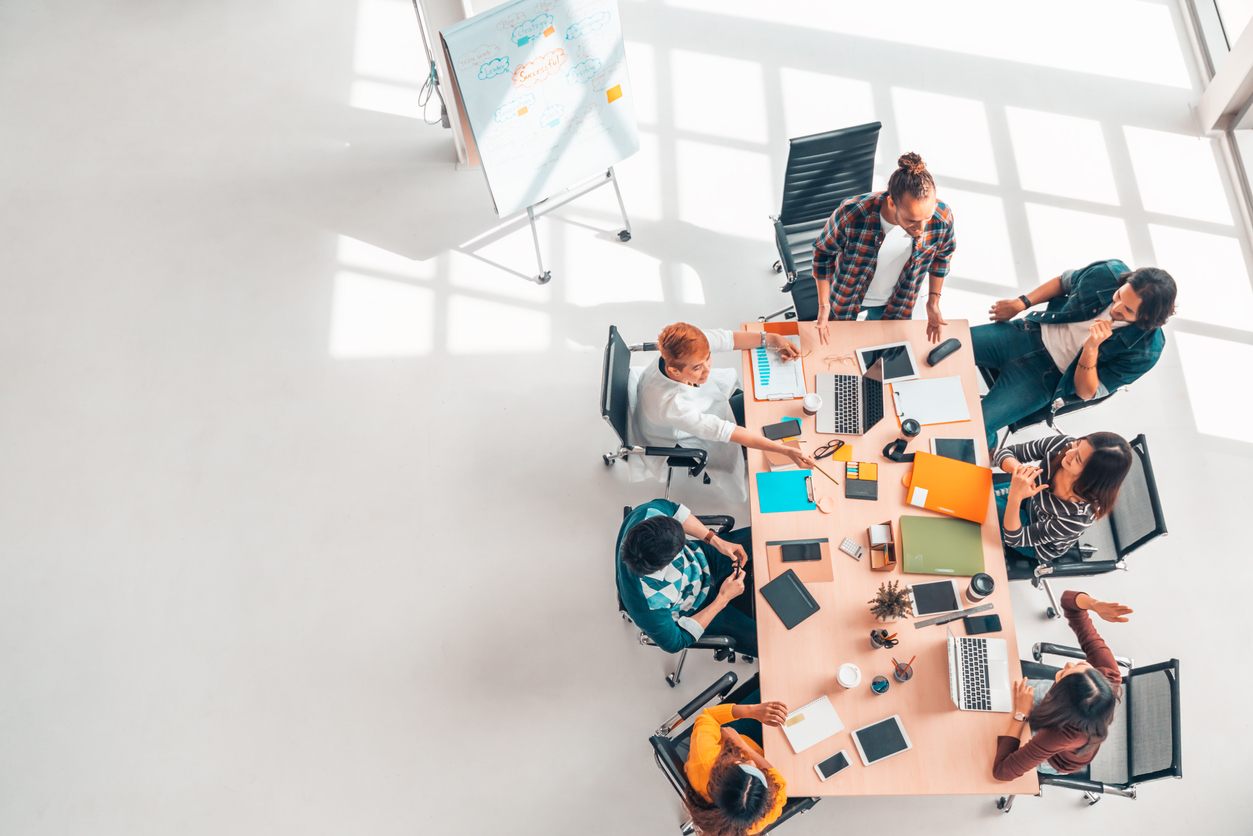