A Look at Expansion, Disruption, Trends, Evolution, Innovation but not Extinction in Retail Development

Retail has constantly transformed and evolved from the first general store to a town square/main street format to the neighborhood strip center, to the first suburban shopping center in 1949, to the mall evolution that started in the early 1950’s, to the big box era of that began in the early 1980’s, to the lifestyle centers that followed shortly afterwards, to mixed-use projects providing a live, work and play experience that are prevalent today. We have really come full circle in retail development as we look back to the integrated residential, retail, play and work environments that existed from the turn of the century.

We are not, by any stretch, facing a “Retail Apocalypse.” Restaurants are booming. Grocery anchored malls remain steady.  The trend toward transforming retail into “experiences” continues to drive customer traffic to an environment targeted to a variety of age groups and interests. “Omni Channel” platforms encompass eCommerce and a host of spaces, physical and virtual. And, as retailers refine inventories, distribution methods, and fulfillment models, the retail market will survive even prosper in fresh, new ways.  —  Peter C. Burley, CRE

We will not hide behind the fact that more retailers have filed for bankruptcy in 2017 than during the Great Depression, although we have 1000’s of more retailer brands today than we did back at the start of the Great Depression in 1929. We know the latest victims from Toys R Us, Sears, Payless to Radio Shack. I read recently that looking at the macro retail industry and forecast an “apocalypse” is selling short the innovation of landlords, developers and retail tenants who are thriving during this period. The shear idea that every shopping center, mall or retail center will just go dark and become a blight in our cities is simply not based on facts or history.

Much has been written about the “Retail Apocalypse” and the demise of bricks and mortar that is simply not justified by the actual numbers. How this negative view of retail has evolved can be traced back to a few key sources that have twisted the news and have focused on the retail of the past and not on the future of retail development and the evolution taking place within the industry.

“The retail industry as a whole is quite healthy, benefiting from strong consumer confidence and positive economic fundamentals. The question, of course, has been one of new channels of distribution and the emergence of new Commerce (the total integration of online and bricks and mortar). Retail sales are expected to grow by 3.8 percent this year, compared to 3.0 percent growth in 2016.” — Garrick Brown

Retail as we have known has been changing for several years. Retail real estate has been transitioning into consumer real estate with the growth of internet-resistant uses, such as fitness and recreation, medical, restaurants, and other entertainment venues, taking a substantial amount of existing square footage that has been vacated by big-box closings.

We are all in agreement that eCommerce is growing steadily (16.2 percent in 2017) but still only accounts for slightly less than 10.0 percent of all retail sales, which grew only 4.1 percent during the same period. Bricks and mortar will remain the predominant way people buy retail goods and services today and in the future, but the perception of what a retail center will look like in the future is changing rapidly. Retail development has always changed over time and will continue to do so.

*Some but not all of these disruptors will be discussed herein in summary detail.

Both demographic and macro-economic factors are creating unique pressures and opportunity for retail:

Consumer spending per person per year by age group:

Retail is healthy, and retail sales are up $121.5 billion in 2017. But, several categories that are not as internet-resistant, such as sporting goods, department stores, electronics, clothing, and shoes were hit hard by on-line sales. Although pure-play e-commerce represents 29 percent of total retail growth, it still accounts for less than 10 percent of overall retail sales.

We cannot fully understand what is happening without looking at some of the trends taking place in the retail marketplace that will shape retailer expansion moving forward:

The numbers do not lie. Retail is growing, not declining as we expect +/- 4,080 net new store openings in 2017. For every store closing, 2.7 stores are opening. Many of the store closings are concentrated in a few legacy retailers. Sixteen retail chains accounted for 48.5 percent of all store closings, and five chains accounted for 28.1 percent of all store closings. Many of the openings are coming from eCommerce players who are moving into bricks and mortar from uses that we do not traditionally associate with retail, like entertainment, medical, and health users.

So, what is really happening in the retail world? The look of retail development is changing. More retail is being integrated into mixed-use projects. Retail centers or retail components are integral to the social fabric of communities by providing a “third place.” They are community centers or town squares providing a place to be with friends or family when not at work or home. They can be the cultural center for a neighborhood or community by bringing people of all ages and interests together to shop, dine, and work out. Retail’s move toward mixed-use centers is creating a cultural shift where “signature” dining and entertainment experiences encourage foot traffic that stays longer, spends more, and keeps it local. We are back to building neighborhoods!

The growth of entertainment retail is of paramount importance to both existing and proposed developments that have a retail component. It is actually the next step in the retail evolution. Why is simple:

Where Does This Lead Us for Retailer Expansion?
I recently attended an outstanding webinar that was led by James Cook of JLL and hosted by Retail Strategies. He described the success of retail and how the buying decision will be guided by understanding shopper values that can help determine if a certain sale is more likely to occur on-line or in a store. Customer’s preference for time, touch and money and where the buying decisi

on falls on each continuum then will determine which retailers succeed in the brick and mortar world.

Those retailers that focus on customer experience in retail will succeed, and those that refuse to change will have trouble going forward. Shopping centers remain a vital resource for local communities both big and small, generating billions of tax dollars that fund critical city infrastructure, from fire departments and schools to playgrounds and parks. Retail real estate isn’t just about collecting rent; it helps nearly 13 million Americans pay their rent. From stocking shelves and racks to developing tomorrow’s urban neighborhoods, the retail industry simply creates jobs. Bricks and clicks are not an “either/or,” they are a relationship that exists. When done right, Omni-channel retail is a sales driver, improving service and convenience and delivering experiences that make brands relevant to consumers.

Retail development today is not dying, but it is challenging. Without question we are at an inflection point—retail in the U.S. is “right sizing” in a number of different ways.

“I expect to see continued morphing of retail real estate as part of a multiyear progression of dying centers/malls being replaced with more experiential, multiuse centers,” said Van Sinderen. “This real estate process will take many years, but I expect it to accelerate in 2018.”

Retail real estate is a catalyst of the global economy. As a bellwether connecting Main Street and Wall Street, the industry’s impact stretches from the wallet to the global exchange. The value of retail real estate stretches far beyond retail sales alone; in fact, the current value of shopping center real estate in the U.S. is $1.3 trillion (ICSC Economic Impact Infographic, 2016). The business of retail influences the entire economy, with a substantial impact on the communities where shopping centers are located.

Not every retail brand is closing or shrinking! Off-price apparel retailers such as TJ Maxx, discounters, warehouse club stores and dollar stores will continue to post record growth. Grocery stores and most restaurants, especially Fast Casual and QSR’s, will continue to account for significant growth in new store openings. While underlying economic fundamentals pointed to some modest gains in high income consumer spending prior to the new tax bill approved late last year. However, the direct impact of the Trump tax cuts will play out most visibly and positively for upscale consumers and luxury brand retailers.

Although, “Gateway Cities” and Hot Cities such as Austin, Nashville, etc. will continue to see the bulk of the growth from national brands. We will continue to see strong growth in secondary cities and even in smaller towns for both national brands and as new concepts in retail and restaurant develop in those towns. We are seeing secondary markets become incubation markets for many new restaurants and restaurant-concept companies. The growth of these concept companies (who instead of geographical expansion away from their hometown) are seeing the ability to develop new concepts and grow within their own markets and utilized the back office functions for multiple concepts.

Brick and Mortar Experimentation to Increase
“The evolution of the brick and mortar store is just beginning,” Michael Brown, partner in the retail practice of A.T. Kearney, a global strategy and management consulting firm. “And we expect the cycle of change to continue for a number of years as retailers continue to find the balance of physical and digital assets required for omni-channel success.”

This retail evolution will be ultimately a healthy transformation. As consumers decide what they want to buy on-line or from a traditional bricks and mortar retail store, the industry will continue to evolve, transform and “right size” and then prepare as it will change again.

Where we might see some of the biggest change is in the suburbs of America. The traditional home of big box retailers and shopping malls will fundamentally go through the biggest transformation as urban dwellers of the millennial generation start moving to the suburbs to raise their kids. They still want to benefit from the quality of life afforded in a more urban dwelling with pedestrian-friendly walkable, scalable developments that they come to enjoy while in the city.

The next generation of retail development will not be the traditional shopping centers and malls their grandparents and some parents grew up with.

Bio: Shawn is a partner with The Shopping Center Group where he specializes in retail landlord, tenant representation and retail development advisory services in the Memphis and Mid-South area. He is also an adjunct professor at The University of Memphis where he teaches a graduate class in real estate development and sustainability. April 29, 2022
Columbia Brands USA LLC, a manufacturer of apparel and footwear products, will expand its presence in Henderson County, Kentucky with a $3.7 million i... 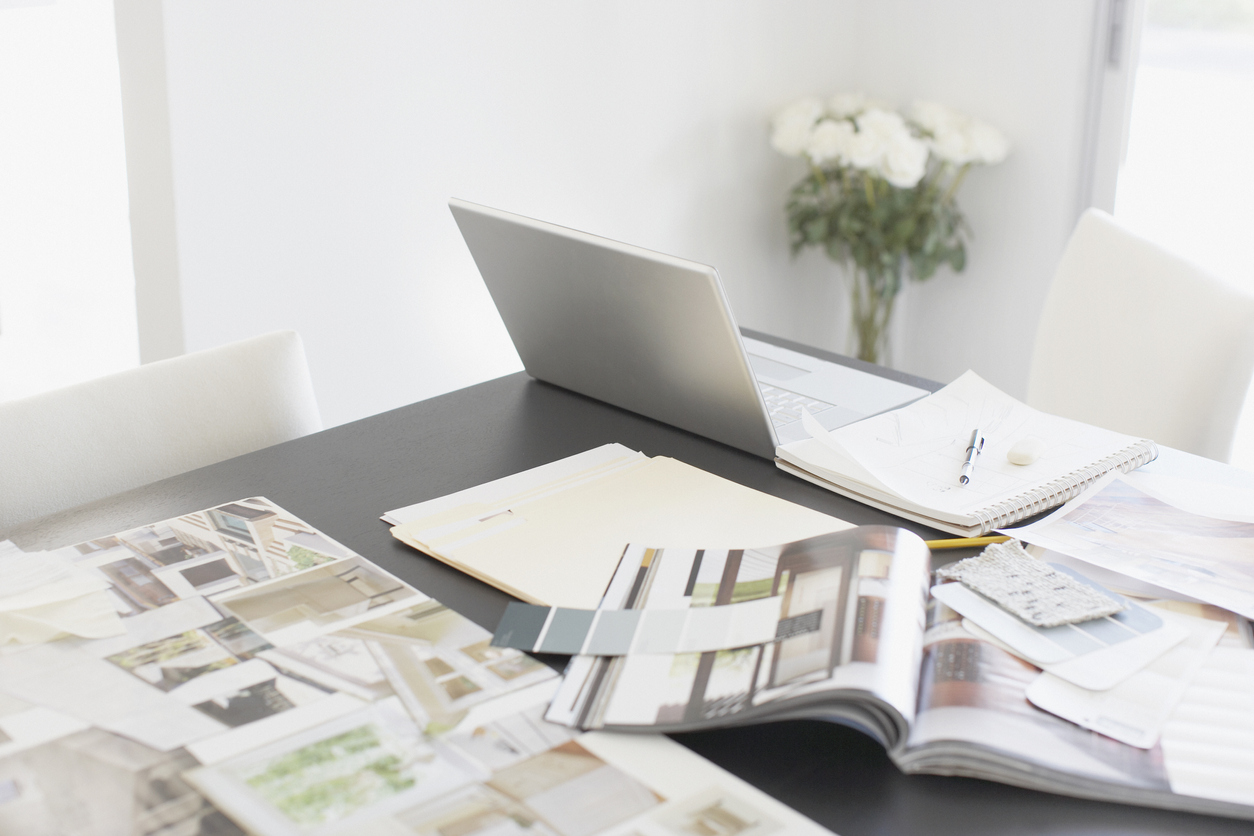 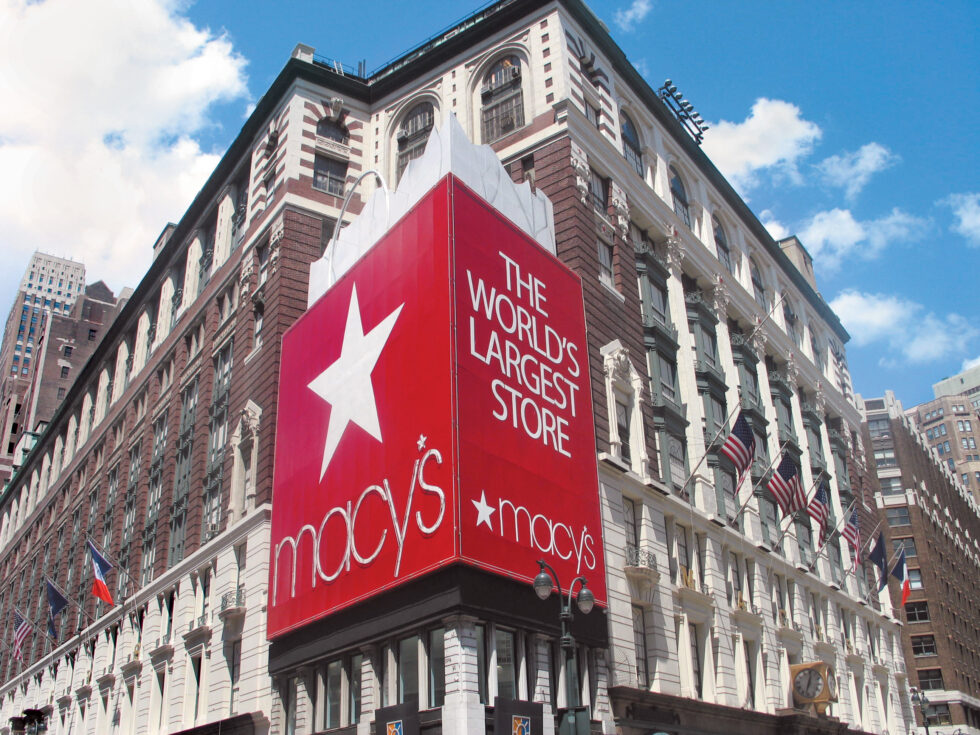 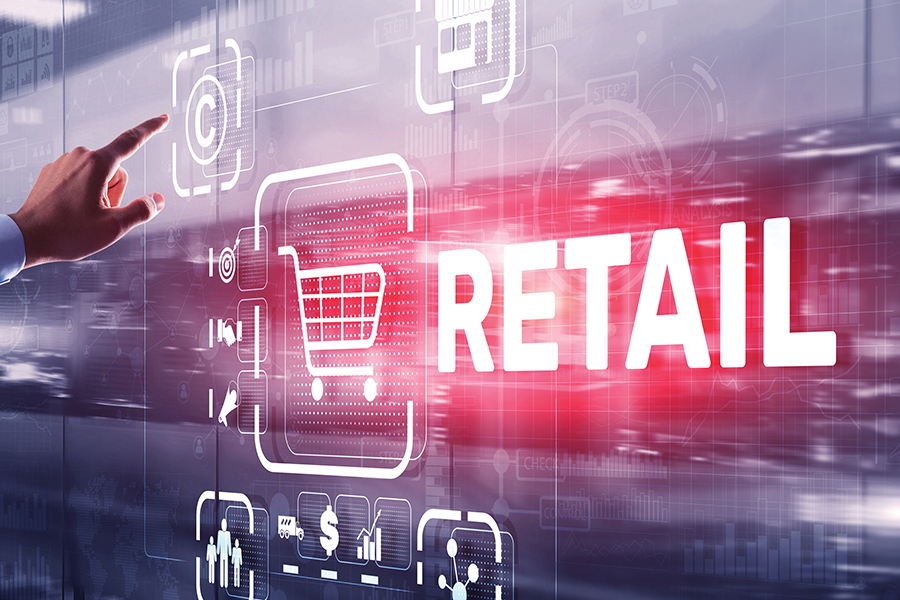 March 31, 2022
By Mark R. Smith, Contributing Writer What’s the future of retail? The answer to that question depends on who you’re conversing with, but there ar...