Ranking among the world’s largest economies, Ohio’s rich natural resources and diverse industries empower businesses and individuals to have it all. That’s why Ohio continues to accumulate impressive megaproject wins.

Even before all the 2022 projects have been finalized, it’s stacking up to be a record-breaking year for Ohio’s economic development. Committed corporate capital project investments have topped $30.23 billion. That’s three times the previous record of $9.56 billion in 2017.

The year started with the largest economic development deal in Ohio’s history. Intel’s commitment of $20 billion to build the Silicon Heartland in Central Ohio. Most states might be content to stop there, but not Ohio. Before the end of the year, Ohio was the announced home to another record-setting $10.23B in capital investments from the likes of Ford, Honda, GM, General Mills, Nestle Purina, P&G, Sierra Nevada, SEMCORP, and Grupo Bimbo. 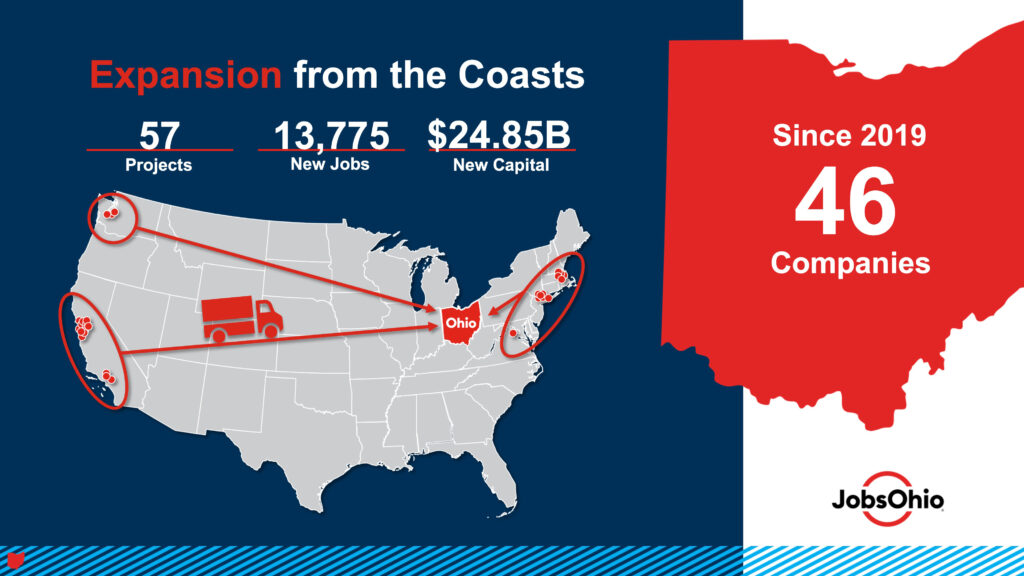 Of the many factors contributing to the state’s recent success in attracting investment and economic growth, a unifying thread has proven instrumental in stitching all these diverse industries and projects into Ohio’s economic fabric. It’s JobsOhio, the state’s independent nonprofit economic development organization headquartered across the street from the Capitol in Columbus.

JobsOhio, unlike other competing economic development organizations, is a private entity. However, the state-authorized, private, non-profit works alongside – but outside – state government. Not relying on taxpayer dollars or state appropriations enables JobsOhio to move at the speed of business and provide strategic thinking and long-term investments that make a critical difference in structuring deals for major projects.

JobsOhio is uniquely equipped to provide confidentiality, competence, and capital. Proprietary business data is shielded from open records requirements that can compromise confidentiality in other states, and the negotiations can stay between the two private parties. When CEOs meet with JobsOhio, they meet seasoned industry veterans drawn from their sector who know the marketplace and speak the industry language.

The organization focuses on ten key sectors, including automotive, aerospace, financial services, logistics, food and agribusiness, healthcare, manufacturing, and technology. These are industries that could locate anywhere but still choose Ohio. In the first ten years of its existence, JobsOhio’s more than 3,200 project wins have generated 243,000 direct industry jobs across the state, according to a recent study by IMPLAN.

“We’re a one-stop shop when it comes to helping companies connect with all the entities that can influence the progress of a project, from conception to site to permitting,” explains J.P. Nauseef, President and CEO of JobsOhio. “Our JobsOhio team, together with our statewide network of regional economic development partners, quickly brings all the stakeholders and incentives to the table and guides our commercial clients on the path to success.”

Once a location that east and west coasters may not have given much thought to, Ohio is attracting businesses from both sides of the U.S. Since 2019, more than 46 coastal businesses have expanded to Ohio, bringing 13,775 jobs and $24.86 billion in new capital to the state. This expansion is a result of all that Ohio has to offer. However, driving factors include the affordability of doing business in Ohio, the robust distribution and supply chain, and the state’s central geographic location.

Not only are businesses coming in from the coasts, but Ohio is playing a major role in the reshoring effort for manufacturing jobs – nearly 66,000 Ohio jobs have been brought back to the United States or created by foreign direct investments since 2010. As part of the onshoring movement, Ohio is first for the number of foreign factories per 1,000 square miles and number four for foreign factories in the U.S.

Ohio’s economy is strong and diverse. In fact, Ohio is the number one most economically diverse state in the Midwest and ninth in the U.S. – becoming more diverse faster than states on the coast. This diversification has allowed Ohio to remain resilient in the face of an economic shock like the recent pandemic. As Ohio builds the Silicon Heartland, ensuring continued economic diversity will protect future economies providing durability and resistance in the face of economic downturns.

Ohio is located near 60 percent of North America and Canada’s population, making it an accessible and advantageous place to do business. The state ranked #4 for the lowest cost of doing business in the U.S. and continues to maintain a healthy economy. For the 20th consecutive year, Ohio ranked among the top 10 state business climates, with Site Selection ranking Ohio #6 in their “2022 State Business Climate” rankings. 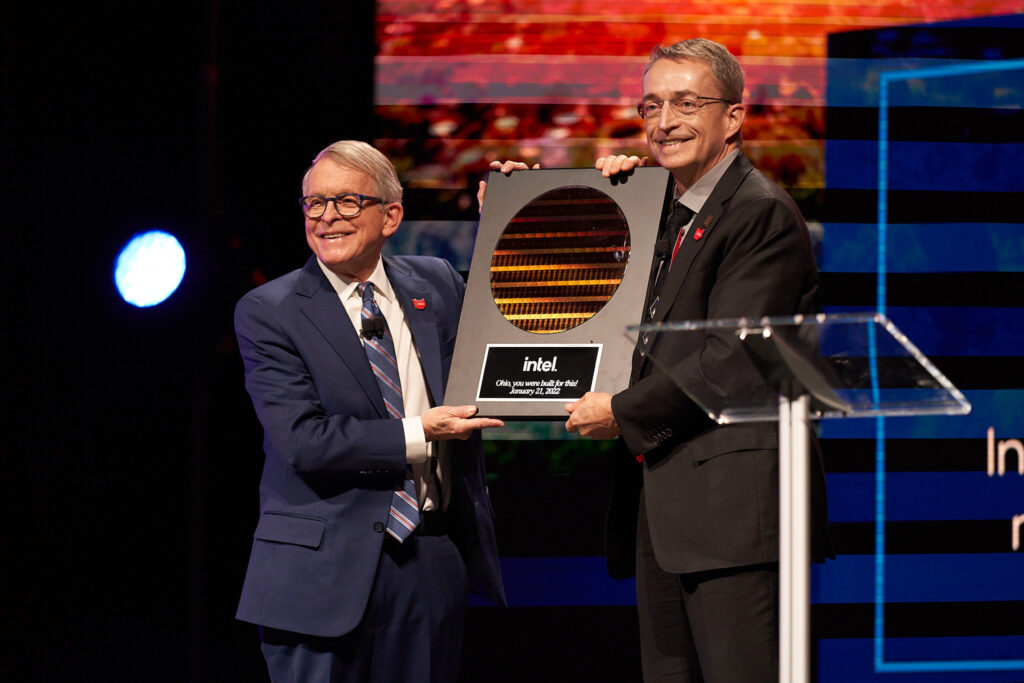 Ohio also continues to lead in advanced manufacturing, ranking #1 in glass, plastics, and rubber production, #3 for the largest manufacturing workforce, and boasts $15.7B invested annually in science and engineering statewide.

Despite these superlatives, the State of Ohio and JobsOhio are both investing heavily to make the state even more welcoming to business. Talent is a priority. The state graduates 177,000 students yearly from more than 150 institutions and is working to triple the number of STEM grads to 68,000 as part of its commitment to enhancing innovation in the state. Ohio also has a robust network of career and technical schools that offer specialized training for jobs in multiple sectors. JobsOhio offers talent matching programs that connect companies to the job-ready candidates they need.

Ohio is Open for Business

“Ohio is the best place in the country to find the perfect mix of quality sites, talent, innovation, business-friendly regulation, and quality of life that gives vital industries a sustainable competitive advantage,” JobsOhio’s Nauseef noted. “Talk to us, and we’ll show you all the reasons why Ohio is where the world’s top companies are coming to invest, build and thrive.”