Like the background score to a classic motion picture, you don’t think much about it until it isn’t there.

The same is true for energy’s Big Three—oil, gas and coal—when the pilot light on your water heater goes out, or when you flip the switch and the lights don’t go on, or when your company has to shut down an assembly line because of a shortage of structural steel.

Combined, these fossil fuels constitute about 85 percent of the energy produced with crude oil providing most of the world’s energy needs, while in 2020, natural gas surpassed coal as a globally-ranked energy source for the first time ever, largely due to the sharp drop in coal production in both Russia and China.

In the U.S., in 2020, six states—Texas, Pennsylvania, Wyoming, Oklahoma, West Virginia and North Dakota—accounted for 55 percent of all of the primary energy produced in the U.S., according to the U.S. Energy Information Administration (USEIA).

That year, total consumption of fossil fuels in the U.S. fell to 72.9 quadrillion British Thermal Units (Btus) down a full nine percent from 2019 and the lowest level since 1991.

By definition, one quadrillion BTUs is equal to 172 million barrels oil, one trillion cubic feet of natural gas, or 45 million tons of coal.

The economic impact of the COVID-19 pandemic in 2020, combined with a 15 percent decrease in the nation’s energy consumption and relatively warmer weather—which reduced demand for heating fuels—spurred most the decline, the USEIA said.

Between 2009 and 2019, the agency said, production of primary energy more than doubled in Texas and Oklahoma, more than tripled in Pennsylvania, and more than quadrupled in North Dakota.

The first nine months of the Biden-Harris administration’s tenure, which included a historic Climate Leaders’ Summit and Group of 7 Nations (G7) meeting, have brought an expected and unprecedented focus on the role of the nation’s energy sector and its inevitable transition to a lower-emission future.

Earlier this year, the administration organized a two-day conclave of heads of state and representatives from international organizations, businesses, and others to discuss the need to fund and support energy innovation in an all-out effort “to decrease the extraction and consumption of fossil fuels.”

In June, the leaders of Canada, France, Germany, Italy, Japan, the United Kingdom and the United States reaffirmed the promises their countries made under the Paris Climate Accords of 2015.

Among other elements, the controversial agreement obligated the participating G7 nations to commit to “overwhelmingly decarbonize” their energy power generation by 2030 in an effort to reduce greenhouse gas emissions by upwards of 50 percent.

The Biden administration’s approach to addressing climate change across all industry sectors has exerted an unprecedented degree of pressure on traditional energy sources to sustain long-term viability by prioritizing innovation.

Exerting a different form of pressure on the Big Three, the “Go Fossil Free” movement, active on college campuses across the country, has gained significant momentum over the past several years.

Most recently, Harvard University joined the list and committed to ending all of its investments in fossil fuels, a landmark victory for climate activists who have lobbied major colleges and universities to stop funding activities that they claim help drive global warming.

Harvard’s action “is likely to have ripple effects in higher education and beyond, given Harvard’s $41 billion endowment and its iconic status among American institutions,” wrote the Washington Post. “For years, Harvard resisted calls to cut off funding for oil and gas firms despite demands from many students, alumni, and outside advocates.”

Oil: To Drill Or Not

In January, President Biden ordered a review of the current U.S. regulations impacting the leasing of oil drilling rights in federal waters and on federal land, suspending new leases while the review lasts. The move drew criticism from the oil industry, which has said that the temporary moratorium on new lease sales “undermines America’s economy and energy security while raising the need to import more crude oil.”

As of this writing, Democrats in Congress are proposing higher fees and royalty charges on the oil and gas industry in the proposed $3.5-trillion infrastructure spending plan, including a fee on methane.

According to OilPrice.com, the largest U.S. natural gas producers and industry associations oppose the proposed fee and are calling on U.S. Senate committees to reconsider it, arguing that direct regulation would serve the purpose of cutting emissions best.

Although passage of the massive spending plan is, according to most observers, unlikely, U.S. natural gas associations are preemptively opposing what the American Petroleum Institute (API) called “a misguided punitive tax on natural gas.”

In a letter to the U.S. Senate Committee on Environment and Public Works drafted by the industry group and signed by 130 energy, manufacturing, business, and labor trade organizations, the groups stated that, “If the objective is to reduce methane emissions, direct regulation of methane is the best method to implement such a government policy and do so in an equitable manner that is tied to actual emissions.”

The plan, they charge, “would tax companies based on the amount of oil or natural gas they produce or handle, not based on their actual emissions” and, as a result, “perversely disincentivize facilities with higher emissions intensities relative to the basin average from reducing their emissions. At the same time, this approach could unfairly punish high production operators with lower emission intensities,” the organizations say.

Congress, they assert, “has never discussed the potential impacts of the methane fee on consumers or the U.S. energy market.”

The industry’s current and projected implementation of various solutions to lower emissions and boost efficiencies, along with improving investor sentiment, are actually expected to sustain the role of both oil and gas further still.

Interestingly, a recent study by the Columbia University Center on Global Energy Policy and the University of California, Davis Institute of Transportation Studies, found that “certain aspects of the COVID experience” actually increased oil consumption, leading to a projected increase in global oil demand through 2030 “in three out of four of report’s scenarios, which is generally in line with forecasts by agencies such as the International Energy Agency and others used for that period.”

Inevitably, however, the role of oil and gas in the global market, it said, “will contract as renewables continue to become cheaper, more proven and more prevalent, and increasing shares of developed markets move toward weaving lower-emission technologies into electric vehicles, urban transportation systems, and buildings.”

An analysis of a halt to federal leasing by the American Petroleum Institute found that through 2030, the U.S. “would spend $500 billion more on energy from foreign suppliers and oil imports from foreign sources would increase by two million barrels a day,” as well as “curtail domestic production and instead leave us at the whims of foreign counterparts.”

Additionally, it said, “putting a stop to leasing on federal lands would have devastating consequences for communities that rely on oil and natural gas revenues to support local investment and development.”

Despite the rhetoric of both supporters and critics of fossil fuels, the plain fact is that oil and natural gas will certainly continue to play a significant role in the nation’s energy mix through at least the near term, and possibly even longer, despite any regulatory constraints.

Natural gas accounted for 43 percent of U.S. fossil fuel consumption in 2020, the largest annual share on record with the electric power sector claiming the top prize by utilizing a record-high 38 percent of the country’s total natural gas consumption.

Currently, more than 80 percent of the fossil fuel energy directly consumed in the residential and commercial sectors is natural gas, which is mainly used to generate electricity and heat.

The actual production of natural gas grew 76 percent in the U.S. between 2009 and 2019, says the USEIA, with Texas, Pennsylvania and Oklahoma accounting for 53 percent of the nation’s natural gas production in 2019.

Reacting to the effort on Capitol Hill to include the proposed Methane Emissions Reduction Act of 2021 in the budget reconciliation legislation, the American Gas Association (AGA), for its part, says that a methane tax would be “devastating for families and businesses.”

The trade group has been joined by the American Petroleum which stated that, “If the objective is to reduce methane emissions, direct regulation of methane is the best method to implement such a government policy and do so in an equitable manner that is tied to actual emissions.”

In a letter to the U.S. Senate Committee on Environment and Public Works, co-signed by 130 energy, manufacturing, business, and labor trade organizations, the group said that, “inclusion in the reconciliation bill as a pay for, would levy an unreasonable, punitive fee on methane emissions only from oil and natural gas facilities that could jeopardize affordable and reliable energy with likely little reduction in greenhouse gas (GHG) emissions.”

According to the letter, “Because the bill would tax companies based on the amount of oil or natural gas they produce or handle, not based on their actual emissions, it could perversely disincentivize facilities with higher emissions intensities relative to the basin average from reducing their emissions. At the same time, this approach could unfairly punish high production operators with lower emission intensities.”

Overall, U.S. coal consumption fell 19 percent in 2020 from 2019, the largest annual decrease on record, while coal accounted for 13 percent of U.S. fossil fuel consumption in 2020, the lowest annual share since 1949, according to the USEIA.

The electric power sector consumed about 90 percent of total coal consumption to generate electricity and heat in 2020.

While, at the same time, the use of coal used for electricity generation in the U.S. has steadily declined over the past decade, soaring global electricity demand, higher gasoline and oil prices, and increasing demand for steel have combined to continue the demand for U.S. coal exports.

The dramatic decline in U.S. coal consumption is the primary reason U.S. CO2 emissions have fallen sharply in the past decade as coal consumption in power plants continues to be displaced by cheaper natural gas and renewables, both of which have a much lower carbon footprint.

Coal is an energy commodity that continues to power the world as it is a critical ingredient for power plants that generate electricity and for steel producers making steel, the crucial component in infrastructure building.

In any event, the current Administration has primed and readied a campaign to use federal policy to speed up the eventual retirements of the nation’s remaining 200 coal-fired electric utility plants.

In an attempt to recover some value from retiring units, many utilities and merchant coal plants are converting the facilities to use cleaner natural gas to more easily plug into the existing power transmission infrastructure.

The oil, gas and coal sectors, they wrote, “need to navigate this uncertain regulatory landscape with a flexible, yet strategic, approach. Prudent companies will embrace funding opportunities and partnerships focusing on new clean-energy and low-emission technologies that use fewer resources, predict and minimize environmental impacts and incorporate renewable energy, all while satisfying increasing energy demands.”

Thus, they concluded, “the sustained, long-term future of oil and gas, particularly as to natural gas-fired power plants, remains to be seen as nations grapple with the meaningful and committed push to decarbonize our planet while remaining mindful of the cost, environmental impact, speed of implementation and ability to scale up alternative renewable technologies to power a world needing more energy every day.”

About the Author: Michael D. White is a published author with four non-fiction books and well more than 1,700 by-lined articles on international transportation and trade to his credit. 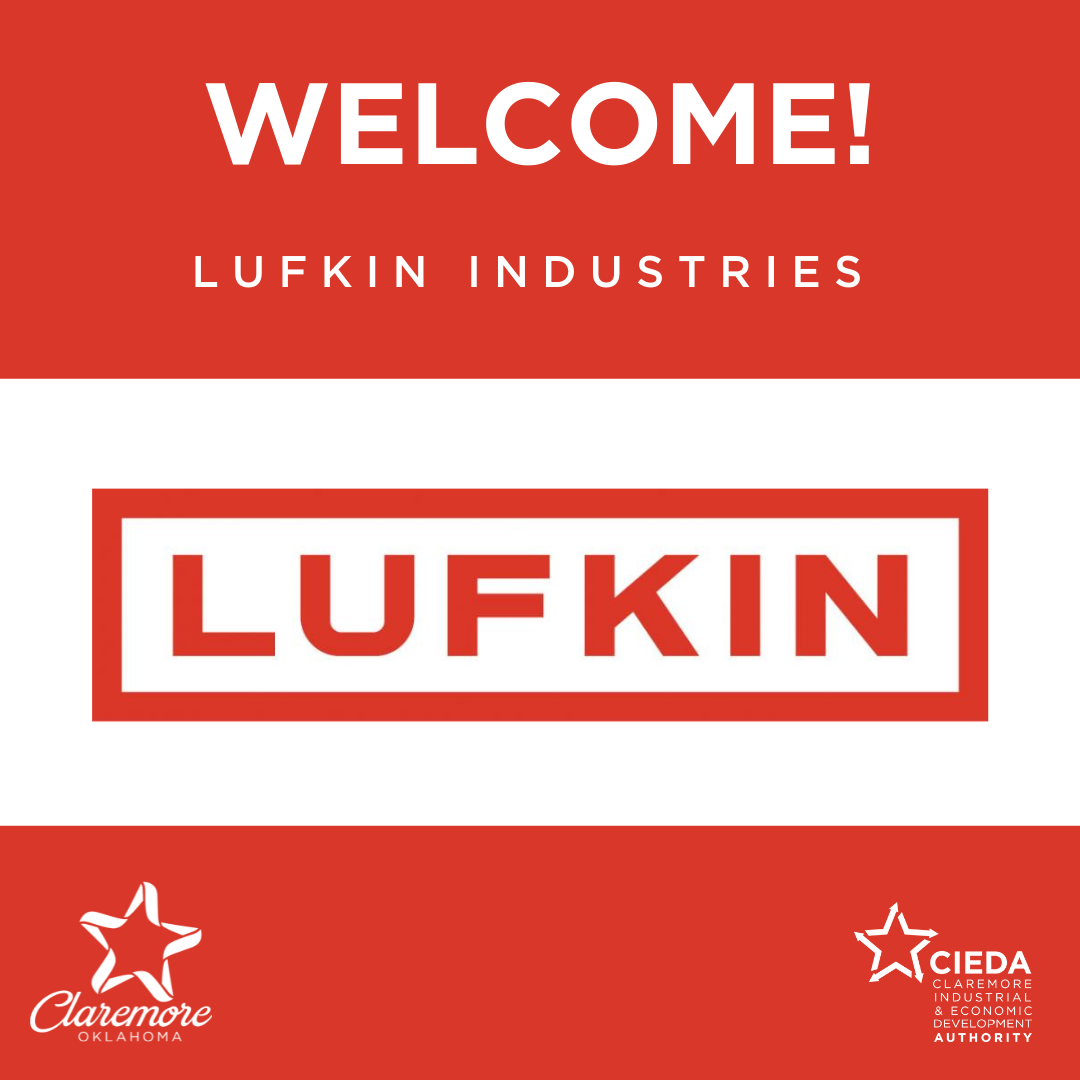