Businesses have options in Delaware. Companies considering moving to Delaware will find affordable labor costs, a productive and educated workforce and a state government taking a forward-thinking approach to economic development.

Couple this with Delaware’s central location and low tax burden – no sales tax or inventory tax – and you have a recipe for business success. Delaware’s specialized Chancery Court, devoted to handling business-related matters, makes doing business easier and is part of why more than half the publicly-traded companies in the U.S. – including two-thirds of the Fortune 500 – make Delaware their corporate home.

Delaware’s economy is diverse, ranging from banking and financial services to pharmaceuticals, advanced manufacturing and agriculture. The state boasts an impressive roster of international companies that are either headquartered or with significant operations in the state including JPMorgan Chase, AstraZeneca, food giant Kraft Heinz and DowDuPont’s agribusiness and specialty products divisions. Amazon has fulfillment centers in Middletown and New Castle. Sussex County in southern Delaware is home Perdue AgriBusiness which moved its headquarters to Delaware from Maryland.

Corporate Expansions
The list of companies that have expanded in Delaware is a tribute to the state’s business-friendly environment. Financial services giant JPMorgan Chase is adding 1,800 jobs in Delaware between 2015 and 2019, which will bring its workforce in the state to almost 10,000. Delaware is matching three percent of the company’s capital expenditures, up to $9 million over three years and providing up to $1.5 million over three years for job training.

In Dover, Edgewell Personal Care, the maker of feminine hygiene products and Schick razors, relocated 270 jobs from Canada between 2015 and 2017, adding to a workforce of 470 people at the facility. Last year, student lender Sallie Mae announced plans to increase its Delaware workforce by 300 people. These new workers add to a Delaware workforce already second in the U.S. for hourly GDP per person.

And it’s not just financial services and consumer products companies that find Delaware an attractive place to do business. Mid-size tech firms like TrafficCast are also increasingly locating in Delaware. The company, which provides real-time traffic information to Google and SiriusXM, is putting 68 employees into The Mill, a state-of-the-art shared office space in downtown Wilmington. The new Delaware Innovation Space at a former DuPont facility in Wilmington is another home to high-tech companies. The space is operated by a nonprofit, public-private partnership consisting of DowDuPont, the state of Delaware and the University of Delaware.

In Newark, the STAR Campus at the University of Delaware is home to a growing number of high-tech companies. Chemours, the former DuPont performance chemicals unit, is also constructing a 312,000-square-foot R&D facility there.

You Can Get Here From There
Delaware’s location in the heart of the Mid-Atlantic region puts it within a two-hour drive of 40 million people. The state’s access to highways, air, rail and port service is also unrivaled. I-95, the busiest interstate highway in the nation, runs through Delaware, making the state accessible to major population centers in New York, Philadelphia, Baltimore and Washington.

Philadelphia International Airport is 15 minutes from Delaware and the state is within three hours of seven other international airports. Delaware offers ample rail service for both passengers and freight. Wilmington is home to one of the nation’s busiest Amtrak stations which provides easy access to Northeast Corridor cities from Boston to Washington, D.C. The station also offers SEPTA commuter rail service to Philadelphia.

And the deep-water Port of Wilmington, one of the nation’s busiest in terms of handling fresh produce, generates $400 million in annual revenue and supports 5,300 jobs.

Del Monte Fresh Produce is building a $22 million, 178,000-square-foot distribution center in Newark thanks in part to a $900,000 grant from the Delaware Strategic Fund.

When it comes to high-speed Internet access, few states come close to Delaware. Akamai regularly recognizes Delaware for having the fastest Internet speed in the nation (25.2 Mbps), which benefits tech companies and other businesses reliant on high-speed broadband.

A New Way of Doing Business
Delaware recently transformed the way it goes about driving economic development by getting the private sector more involved in the process.

Upon taking office in 2017, Governor John Carney, with the support of the Delaware Legislature and business community, created a public-private partnership called the Delaware Prosperity Partnership. Today the Partnership is embarking on a multi-pronged effort focused on recruitment, business expansion, innovation and talent.

Its state counterpart, the Delaware Division of Small Business, focuses on the expansion and recruitment of smaller companies and works to create a robust ecosystem for all businesses including addressing the unique needs of women- minority- and veteran-business owners.

As the Partnership ramped up, the Division of Small Business organized a bid for Amazon’s second North American headquarters. The effort received widespread praise and further brought Delaware to the attention of companies looking to relocate.

One fact that has stayed the same in Delaware is the robust array of incentive programs economic development officials have at their disposal and the easy access business owners have to state and local officials and lenders.

The Delaware Strategic Fund is the state’s primary source of grants and low-interest loans for business.

Other programs include the Delaware New Economy Tax Credit, which reduces a company’s payroll tax based on the number of high-wage jobs created in emerging industries, and the Job Creation Tax Credit for companies that create a minimum of five jobs and make an investment of at least $200,000.

Education and Industry
The 89 colleges and universities located within 50 miles of Delaware ensure companies considering the state will find an educated, highly-skilled workforce. The state has the third most PhDs per capita of any state. The state is home to leading four-year colleges and universities including the University of Delaware, Delaware State University, Wilmington University and Goldey-Beacom College. Universities in the state perform cutting-edge research that directly benefits industry. At the Center for Composite Materials at the University of Delaware, researchers develop next-generate composites used in manufacturing.

The Laboratory for Intelligent Perceptual Systems at Delaware State University in Dover develops prototypes that turn university research into commercial products such as an autonomous wheelchair and a robotic tool to assist people with autism. Meanwhile, Delaware Technical Community College prepares work-ready students in a host of fields including nursing, and logistics and supply chain management.

Quality of Life
Delaware’s miles of beautiful Atlantic Ocean beaches, historic sites and elegant mansions, like Winterthur and Nemours, add to a quality of life that is unmatched. The state also offers an affordable cost of living and a host of entertainment options including live music and theater, professional and college sports and a lively restaurant scene.

Delaware offers companies many location  choices. From office towers in downtown Wilmington or along the Wilmington Riverfront to suburban office parks to shovel-ready industrial sites, Delaware has what companies need to thrive, regardless of the size or industry.
Come join the growing roster of companies that have already discovered their options in Delaware. 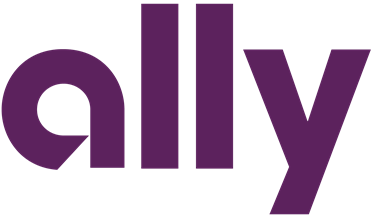 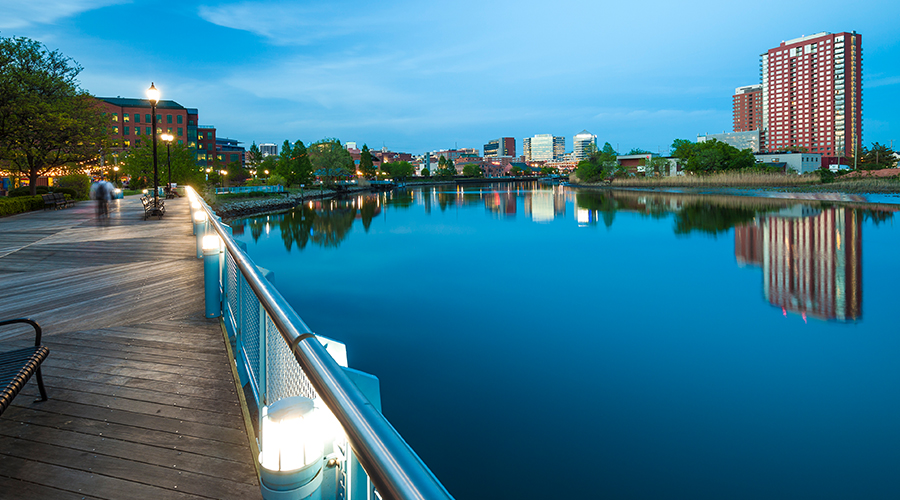 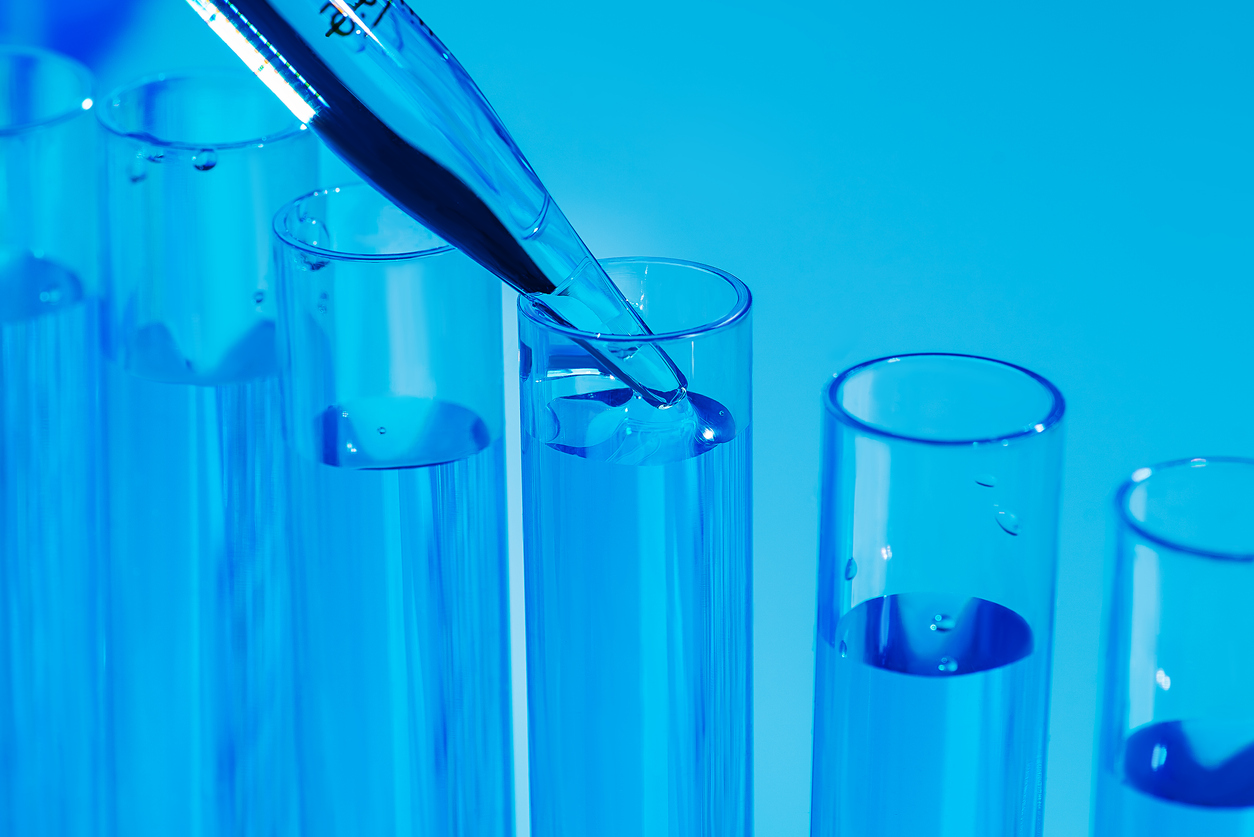