A consumer in the market for new pair of eyeglasses might find interesting a banner ad on a website touting designer eyewear at a discounted price. The promise might sound too good to be true to the average shopper, but the reality is one that is not only possible but actually is encouraged by a growingly popular new option under a decades-old U.S. government program. By utilizing some of the benefits of a FTZ and taking advantage of the program’s Alternative Site Framework (ASF), a U.S.-based producer could incorporate well-known designer frames and cases manufactured overseas into a finished product that could be passed onto a U.S. consumer at a lower cost.

Vision care products manufacturer Coastal.com is doing just that. Founder and CEO Roger Hardy saw a business opportunity in the markups charged by opticians and optical stores and passed onto consumers. He created a business-to-consumer model that would keep costs down for the end user of the vision products. The Canadian-based company continues to grow, reaching consumers throughout the world.

Coastal.com opened its first U.S. production and distribution facility on a site in Blaine, Washington. “The United States is our fastest-growing market, as evidenced by an increasing number of new and returning customers purchasing glasses from us every day,” commented Roger Hardy.

The Blaine site is operated by T.C. Trading Company, a company that provides warehousing, distribution and cold storage, and is within the bounds of FTZ 129, for which the Port of Bellingham is the grantee, or entity that has been granted authority to locally manage the zone. In 2012, the port and T.C. Trading partnered to apply for consolidation of three FTZs and reorganization under the ASF.

T.C. Trading had two objectives: to utilize warehousing for its own operations and to file a production notification for a tenant – Coastal.com – to begin manufacturing. The FTZ Board approved the change in September 2012, and the Coastal.com facility was activated in April 2013. The Coastal.com operation includes grinding, cutting and fitting of glasses and “kitting” the finished products with eyeglass cases – products that would normally be subject to a higher tariff rate but can take advantage of the inverted tariff available under the FTZ.

Coastal.com’s new facility will be able to ship orders within 24 hours after an order has been placed on the Coastal.com website because the production takes place in this modern, state-of-the-art facility that operates 24 hours a day, seven days a week, staffed with 70 employees. The facility is designed to scale up, including plans to add more positions throughout the year as consumer demand fuels growth.

For its part, the Port of Bellingham was happy to facilitate the improved process.

“The ASF is one tool to make it cleaner and easier for companies to activate within the FTZ,” said Dodd Snodgrass, economic development specialist at the Port of Bellingham.

Tangible Benefits
Founded in 1934, the FTZ program is surprisingly relevant to the realities of today’s integrated global supply chain. Created “to expedite and encourage foreign commerce,” the FTZ program has continued to evolve in the past 75-plus years to help facilitate the flow of commerce and strengthen the ability of U.S. companies to do business.

Even though FTZs focus on ways to facilitate imports, the goal of an FTZ is really to support and encourage U.S. manufacturing and distribution. An FTZ allows U.S.-based companies to keep costs down and be on a more level playing field with foreign competitors.

The financial benefits of an FTZ can be many-fold for zone users. The first benefit is the “inverted tariff.” Items that are imported into the FTZ are often incorporated into a finished product. The component pieces may be subject to a higher tariff than the tariff for the final product that includes the components. In this case, the tariff on the imported component can be lowered to that of the finished product when the product leaves the FTZ.

Another financial benefit is the deferred duty on goods that arrive in the FTZ from overseas. Duties can be deferred while the goods remain in the FTZ and paid only when the individual items – not an entire container or shipment – leave the FTZ. This can help zone users with cash flow by paying duties in smaller amounts and when the goods are making their way to end users, not sitting in a warehouse for a period of time.

Also, if goods imported into the FTZ are involved in a finished product that is re-exported directly from the FTZ, no duties are paid on the imported goods.

According to the FTZ Board’s most recent report to Congress (2011), there were 171 FTZs active during the year, with a total of 269 active manufacturing/production operations. Approximately 340,000 persons were employed at some 2,800 firms that used FTZs during the year. The value of shipments into zones totaled more than $640 billion, compared with $534 billion the previous year.

A Continued Evolution
In 2008, Customs and Border Protection and the FTZ Board decided that the federal government needed to have a more nimble way to respond to the pace of businesses looking to operate within an FTZ. The approval process for new sites within a zone used to take as many as several months, creating financial and logistical uncertainties for companies seeking to take advantage of FTZs.

Using input from industry and comments from the public, the FTZ Board finalized a process known as Alternative Site Framework (ASF), which decreases the red tape involved for companies looking to operate within an FTZ. It also allows grantees to designate a large geographic area as an FTZ – up to 60 miles or 90 minutes’ driving time of the grantee’s location – while only activating 2,000 acres within the FTZ. This gives businesses seeking to operate within the FTZ greater flexibility in where they can locate, and it can save up-and-running operations the hassle of relocating to a site that is within or contiguous to an existing FTZ. It gives zone grantees the ability to be selective about which acres to activate to ensure that the FTZ is being used to maximum benefit.

The ASF also shortens the timeframe for companies looking to operate within an FTZ. A process that used to take as long as a year now routinely takes 30 to 45 days. This creates more certainty for an interested business and helps keep their costs down.

Opening Doors
The Port of Milwaukee is relatively new to the FTZ business but not to economic development. When it was approached in 2011 by interested parties from the city, county, economic development agencies and the local business community about taking over as grantee of FTZ 41, the port thought it seemed “a natural fit,” according to Nick Grahovac, trade development representative at the port.

The previous grantee of FTZ 41 had been a private individual who had relocated from Wisconsin to Florida and was not actively promoting the FTZ to the local community. The port saw an opportunity to make better use of this tool and a way to fulfill the port’s mission to be an economic generator for the region.

In December 2012, the FTZ Board approved the port’s proposal to expand the size of the FTZ from three counties to 12, encompassing much of southeast Wisconsin. When the port assumed the role of grantee, there were only two or three companies operating within the zone. Now, there are seven or eight, and one or two more companies are pending. Most of the operators within the FTZ are third-party logistics providers or warehousing companies, but there are some manufacturers, including a manufacturer of solar panels that could be exported.

Overcoming Barriers
At the Port of Hueneme, the potential for major growth within FTZ 205 is huge, but the port has faced challenges in getting the manufacturers in Ventura County, of which there are approximately 900, to take advantage of the zone.

“People don’t fully understand FTZs. Education is the primary barrier,” said Will Berg, director of marketing and public information at the Port of Hueneme/Oxnard Harbor District. Many companies use the services of an outside consultant or attorney to prepare their application, and there are no consultants in Venture County that specialize in the FTZ-approval process.

“Companies can use outsiders, but they don’t know it,” said Berg.

Still, the port is committed to increasing awareness and understanding of FTZ 205 because of the potential benefits for job creation and economic activity in the region.

Ports continue to educate and inform their local communities about the benefits of FTZs. On May 30, the Cleveland-Cuyahoga County Port Authority partnered with the Northeast Ohio Trade & Economic Consortium on a half-day seminar to bring together FTZ experts and discuss how the program helps companies be more globally competitive. The two organizations marketed the seminar toward companies that export products, import high-value products or products in high volume, are subject to import quotas, desire expedited delivery or receive multiple shipments in a week.

Creating Inroads
Expanding FTZ 64 has been key for the Jacksonville Port Authority to make new contacts with local businesses.

“The reorganization of our Foreign Trade Zone has generated a great deal of attention from companies of all sizes and across many industries within northeast Florida,” said Lisa Diaz, manager of foreign trade zone and customer service at JAXPORT. “Generally, when we engage with companies overseas, those companies always ask about the FTZ. Since the reorganization, there is a broader interest locally, within our own region, and that is nice to see.”

The port recently reorganized and expanded the FTZ under the ASF – the first of any Florida zone to utilize the opportunities under the ASF – and the zone now includes eight counties in northeast Florida. Users can activate anywhere within those eight counties and do not have to be on port property or any specific site.

“The Foreign Trade Zone offers many financial benefits to companies that import goods into the U.S. for both manufacturing and distribution, thus allowing the U.S. companies to remain competitive doing business on their own soil and [with the ASF], now in their existing locations. It’s a win-win,” Diaz said.

With approximately 50 FTZs that have port authorities as grantees and with coastal states, such as Louisiana, Texas, California, Mississippi and Florida, atop the lists of merchandise received and exports, the close relationship between ports and FTZs is likely here to stay.

“We’ve definitely had a lot of interest and excitement from the local business community,” said Port of Milwaukee’s Grahovac. 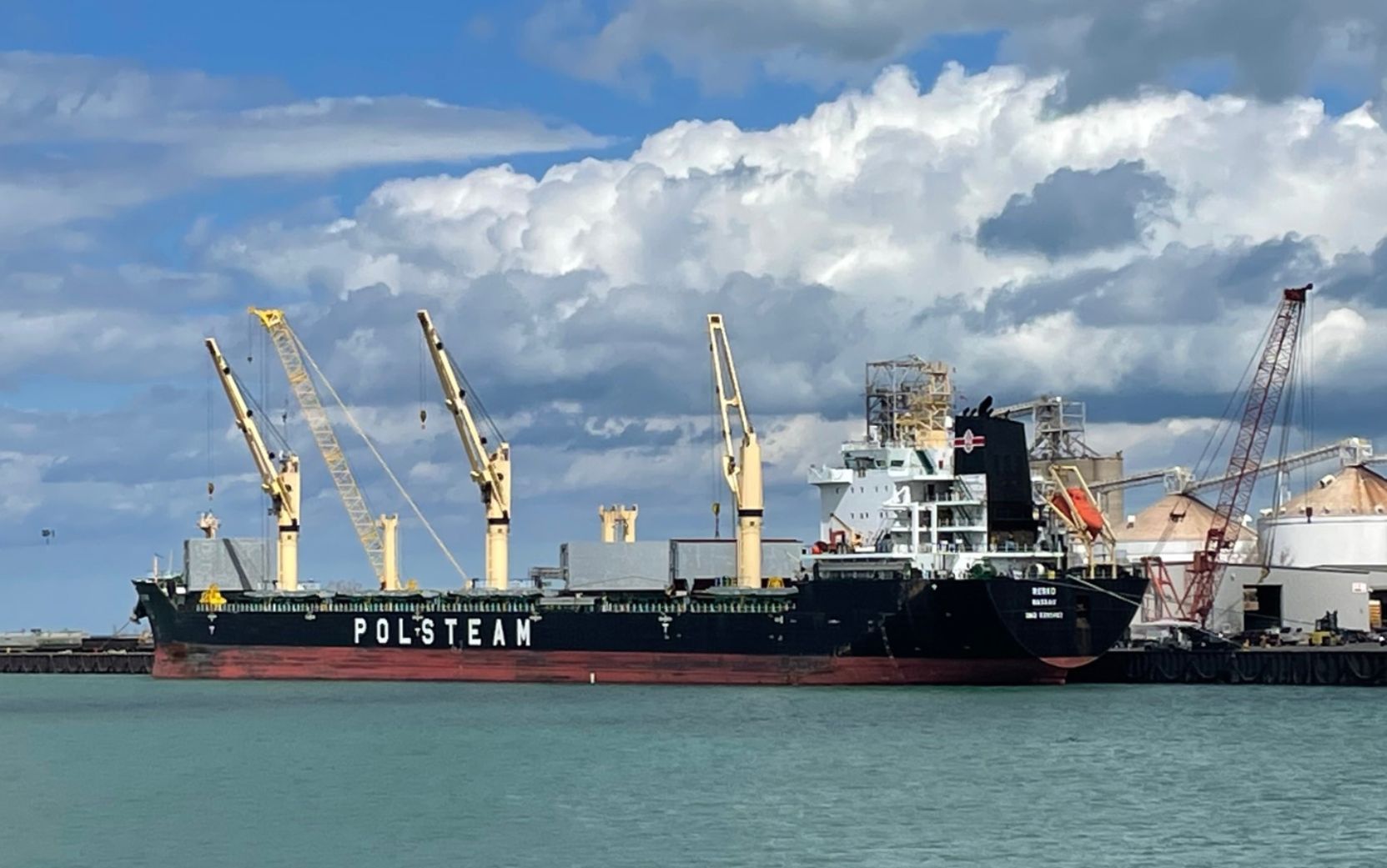 April 7, 2022
The Ports of Indiana-Burns Harbor opened the 2022 international shipping season Wednesday with the arrival of the RESKO, a 623-foot bulk carrier comin... 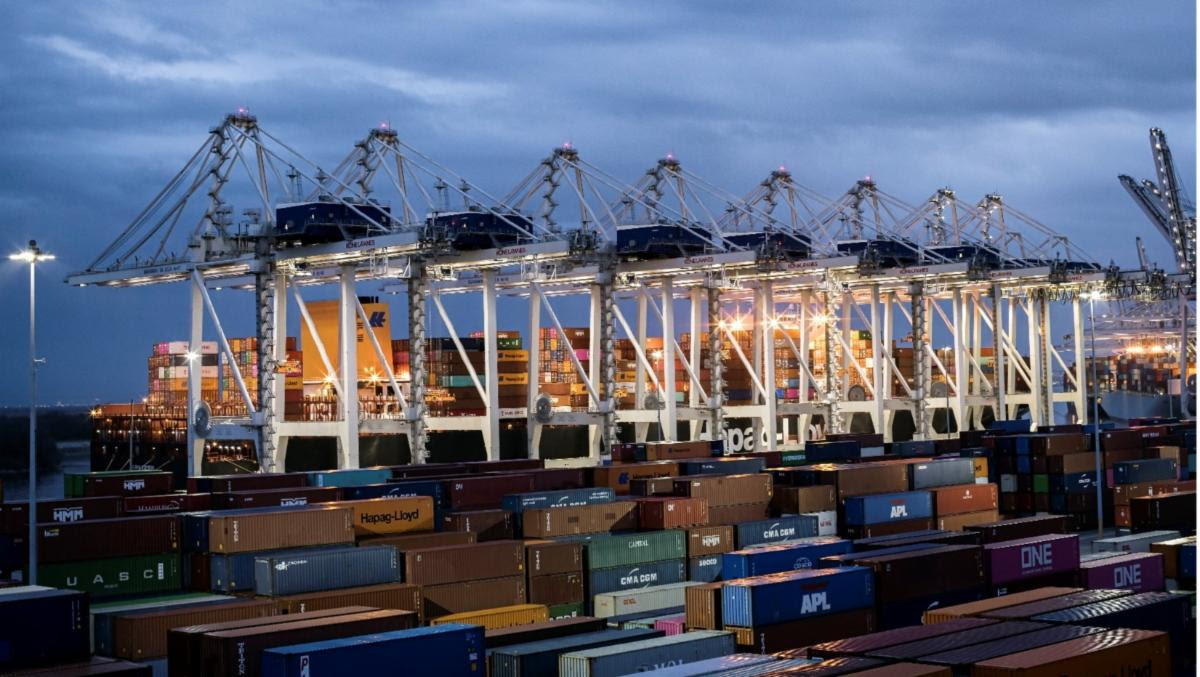