With a long history of discovery and the ability to bring new ideas to market, a deep talent pool and robust infrastructure, is it any wonder why more businesses are choosing to call New Jersey home?

Diversity and Talent
New Jersey is the 4th-smallest state in the union, but it is home to the densest population in the U.S. It is also one of the most diverse. Home to 15 Fortune 500 companies and 995,000 firms with a foreign parent, New Jersey is a hub for international investment.

With a history of embracing diversity, NJ is boasts the highest concentration of foreign-born residents in the nation. Foreign companies, of all sizes, seeking to reach the North American market will find a welcoming home in New Jersey.

New Jersey is also a national leader in education. 42 percent of New Jersey’s workforce has a bachelor’s degree or higher (compared to the national average of 33 percent) and 16 percent have an advanced degree (compared to the national average of 12 percent). More than a half million students are enrolled in the State’s 63 colleges and universities. The Garden State should be known as the “STEM State” as it is ranked #2 for concentration of STEM degrees awarded. As a matter of fact, the State holds the record for the highest concentration of scientists and engineers per square mile in the U.S.

Of course, infrastructure isn’t just about roadways and bridges. High-speed internet is—and has been for a while now— considered a vital piece of infrastructure for our society and New Jersey has set the bar for connectivity. New Jersey is the number one state for broadband access. Broadband is accessible by 99.1 percent of the population at speeds of 100 Mbps or higher and 67 percent of the population has access to fiber optic service. 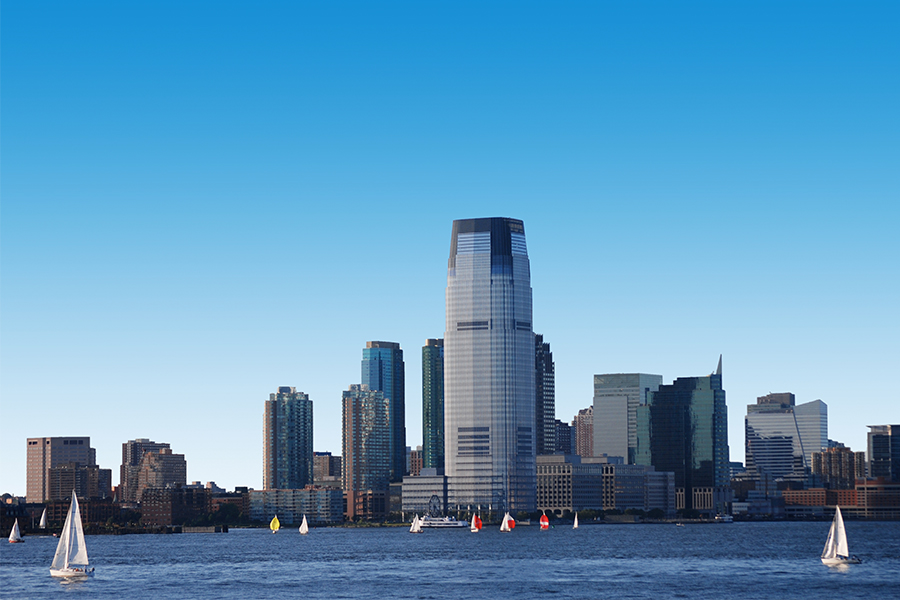 New Jersey Innovation Institute Collaborates with Merck for Discovery and Development in Biopharmaceutical Industry
In June 2022, Merck (NYSE: MRK), announced the launch of the Merck Digital Sciences Studio (MDSS) to enable the generation of innovative technologies for drug discovery and development. MDSS will support early-stage biomedical startups with direct investment, access to powerful Azure Cloud computing and opportunities to pilot their technologies in collaboration with discovery and clinical scientists at Merck.

The MDSS is a collaboration between Merck and the New Jersey Innovation Institute (NJII), a New Jersey Institute of Technology corporation, with investments from the Merck Global Health Innovation Fund, Northpond Ventures and McKesson Ventures. Technology support will be provided by Microsoft for Startups. The MDSS will have locations in Newark, NJ and Cambridge, MA.

“The biopharmaceutical industry has only just started to harness the tremendous opportunity presented by emerging technological developments in AI, and ML,” said Fiona Marshall, senior vice president, Discovery, Preclinical and Translational Medicine at Merck Research Laboratories. “The MDSS will provide a collaborative and entrepreneurial setting where scientists have access to the tools and expertise to fuel important innovations that advance drug discovery and development.”

New Jersey Wind Port Expansion
Not only does New Jersey have companies already thriving in industries such as Life Sciences, Technology, Manufacturing, Food and Beverage, Logistics, Financial Services, Healthcare, Film & Media, but they are also leading the charge in Clean Energy.

New Jersey is home to the largest off-shore wind project in the United States. The New Jersey Economic Development Authority’s Board (NJEDA) approved the purchase of a 109.4-acre property in Lower Alloways Creek, Salem County, which will enable the planned expansion of the NJ Wind Port.

Phase 1 of the Wind Port broke ground in September 2021 with marshalling activities due to commence in early 2024. The purchase of the 109.4-acre property from NDEV LLC, a subsidiary of PSEG Power, will enable Phase 2 of the project as proposed, expanding the Port’s total footprint to over 220 acres and enabling it to support marshalling of two wind projects concurrently as well as up to three co-located manufacturing facilities.

The New Jersey Wind Port is a first-in-the-nation infrastructure investment that will provide a location for essential staging, assembly, and manufacturing activities related to offshore wind projects on the East Coast. At full build-out, the Wind Port has the potential to create up to 1,500 manufacturing, assembly, and operations jobs and drive billions of dollars in economic growth back into the New Jersey economy.

“Today’s approval is another major step forward for the New Jersey Wind Port and for delivering on Governor Murphy’s goal of making New Jersey the engine room of the U.S offshore wind supply chain,” said NJEDA Chief Executive Officer Tim Sullivan. “The ability to marshal two projects at once, with additional space for component manufacturing, will turbocharge job creation, opportunities for small businesses, and all forms of ancillary economic activity both locally and across the state.”

Sullivan added that expanded marshalling capacity will also help to alleviate the current shortfall in fit-for-purpose port capacity across the region, helping states up and down the U.S East Coast to deliver on their wind targets on time and cost-effectively. The state is also committed to setting a new standard for inclusion of women- and minority-owned businesses during construction of the New Jersey Wind Port. The NJEDA has established a requirement that at least 25 percent of subcontractors for the port construction are small businesses and at least 15 percent are women-, minority-, or veteran- owned. The project also includes worker diversity goals of 18 percent people of color and 6.9 percent women.

What Can New Jersey Do for your Business?
New Jersey offers companies one of the most highly-skilled workforces in the United States and unmatched access to one of the most concentrated and affluent consumer markets in the world. With an emphasis on discovery and diversity, New Jersey has all the ingredients to take your company to the next level. From global to national companies to thriving startups, New Jersey has the experience and track record of success to grow your business. 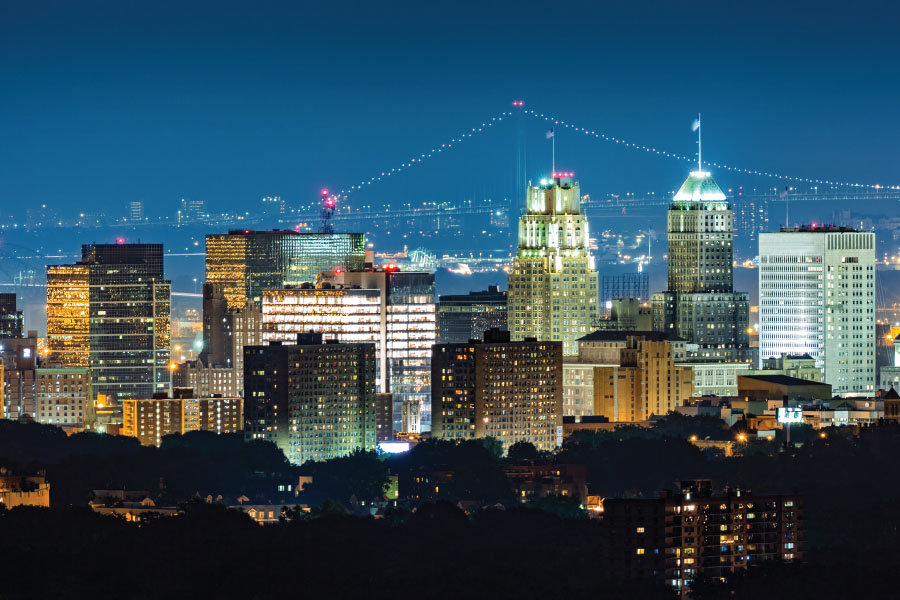