For decades companies have been chasing cheap labor offshore and then importing products to sell in the U.S. market. The impact of offshoring on the U.S. economy has been significant. Offshoring to China and elsewhere have cost about five million U.S. manufacturing jobs, helped contribute to wage erosion and had a dramatic and negative effect on workers and the economy in every state. Communities have lost, on average, 27 percent of their manufacturing workforce since 2000. About 63 percent of the job loss is due to offshoring of jobs.

Companies have also been impacted, since their largest market, the U.S., has experienced flat or declining real personal incomes and thousands of business customers have disappeared. In view of the current strong surge of jobs back from offshore, understanding the reasons for the losses and the current opportunities to bring millions of jobs back can help site selection consultants and corporate real estate brokers succeed. Knowing what drives reshoring and FDI can help identify siting solutions that overcome the problems experienced offshore.

According to a study by Consumer Reports, almost eight out of ten American consumers say they would prefer to buy an American-made product than an imported one. Over 60 percent say they are willing to pay 10 percent more for it. The current administration’s pro-business platform of lower taxes, reduced regulatory costs, and a commitment to U.S. manufacturing have encouraged many companies to reevaluate their offshoring decisions.

Polaris Industries, a manufacturer of all-terrain vehicles, illustrates how present conditions are shaping reshoring decisions. Although Polaris does some manufacturing south of the border in Mexico, they recently announced plans to build a $142 million off-road vehicle plant in Huntsville, Alabama. Mike Speetzen, executive vice president and CFO said that a decade ago they tended to look for low-cost labor solutions but now innovation is critical. The U.S. location decision was based on a highly-skilled labor pool, lean manufacturing and enhanced automation. The investment will create approximately 2,000 U.S. manufacturing jobs.

Tariffs/Trade War vs. Alternative Actions
President Trump is using a variety of controversial tariffs to accelerate the reshoring and FDI trends and balance the goods trade deficit. We support these objectives. The tariffs may convince other countries to moderate aggressive trade practices or they may fail. Our Competitiveness Toolkit outlines and quantifies alternative actions. Our proposed actions provide twice the impact needed to eliminate the goods trade deficit and would generally not be grounds for retaliation or make some domestic producers more competitive at the expense of others, as with the steel tariffs.

Case in Point
Some companies feel the conditions were already right to consider U.S. manufacturing due to global economic conditions and new technology. Others are now considering a U.S. location as part of a management strategy due to lower corporate tax rates. According to research by the World Bank, new technologies are fueling domestic manufacturing and sourcing. As labor begins to represent a smaller share of total costs, companies that once offshored due to inexpensive labor rates are beginning to favor close proximity to the markets they serve.

For example, Apple plans $30 billion in U.S. capital spending that is expected to create more than 20,000 jobs over five years. The investment includes a new campus, $10 billion toward nationwide data centers and an expansion from $1 billion to $5 billion of funding for investment in advanced U.S. manufacturing. Taiwanese electronics giant Foxconn Technology Group announced plans in 2017 to invest $10 billion to build a massive display panel plant in Wisconsin bringing 13,000 high-tech jobs to the U.S. The plant will produce display panels for televisions and other devices. Exxon Mobil announced plans in January 2018 to spend $50 billion to expand its domestic operations and create thousands of jobs, citing the tax cut measure. Toyota Motor Corp. and Mazda Motor Corp. plan to establish a joint venture and invest $1.6 billion in an auto plant in Huntsville, Alabama, creating 4,000 jobs. An $850 million incentive package secured the much sought-after plant for Alabama.

Factors Cited for Reshoring and FDI
Understanding the reasons other companies have given for reshoring helps companies to determine whether those reasons apply to them also. The factors that influence reshoring and FDI are similar, with the following exceptions:

Reshoring Initiative data, collected from about 3,000 companies across the U.S. from 2007 to 2017, finds quality/rework/warranty to be the #1 area of dissatisfaction with offshore sourcing, about two thirds higher than #2, freight cost. The #3 area of discontent was total costs (an aggregation of all relevant costs and risks), which is consistent with previous conclusions from the Reshoring Initiative Library and (Total Cost of Ownership) user databases. Companies offshored primarily to reduce their product cost, making decisions based on wage rates or ex-works price. A combination of accumulated negative offshore experiences and offshore costs rising relative to domestic costs has driven companies to reevaluate their offshoring decisions.

Positive factors or the values that attracted the companies to their U.S. site and that they achieved here are reported in rank order as government incentives: proximity to customers/market, skilled workforce availability/training, and image/brand.

Tools to Evaluate, Identify, Quantify and Attract
Now is a good time to reevaluate the choice of domestic vs. offshore production. Today, especially with the Tax Cuts and Jobs Act in effect, U.S. and foreign companies are reevaluating their facility plans and considering increasing U.S. investment and shifting manufacturing to the U.S. They are seeing the benefits of proximity, i.e. producing in the market, especially when the home market is the U.S., the world’s largest. To help quantify those costs, the Reshoring Initiative website provides tools to help companies decide objectively whether their overhead will come down more than their manufacturing cost goes up when sourcing locally.

Here is a real world example that demonstrates the difference a TCO analysis can make. Electronics manufacturing services provider Morey Corp. was pursuing a $60 million contract ($15 million per year for four years) vs. a lower-priced Asian competitor. With the help of the Reshoring Initiative, Morey used the TCO Estimator to show the customer that although Morey’s price was higher, its TCO was lower. Tony Woodall, Morey’s vice president of sales reported, “We used the TCO calculator from the Reshoring Initiative. This tool framed the costs and risks of both options and was a crucial piece to our winning strategy.”

ISP provides detailed data on imports by regional companies. Economic developers then use TCO to assist the companies in reevaluating offshore sourcing decisions. The potential is huge. Our user data suggests that about 25 percent of offshored work would come back if TCO (Total Cost of Ownership), instead of wage rates or purchase price, is consistently used to make sourcing and siting decisions. Substituting domestic production for 25 percent of imports would increase domestic manufacturing by about ten percent, requiring up to ten percent more factory space.

Competitiveness
Continued success of reshoring and FDI will depend on sustained government actions that increase the price competitiveness of U.S. manufacturing and on corporations implementing more rapid automation and skilled workforce training and greater use of TCO for sourcing and siting decisions.

More efficient processes, coupled with close proximity to the U.S. market, positively impact innovation, flexibility, and responsiveness. Consumer demand for customization and shorter cycles is satisfied while producing higher quality products in smaller batches with reduced inventories. For example, Korea-based Hyundai Motor Manufacturing announced it would invest $388 million in its Montgomery, Alabama plant. They cite automation/technology, eco-system synergies, government incentives, higher productivity and assembled in U.S.A. as factors that made a U.S. location attractive. The capital investment is expected to create 50 U.S. jobs.

In 2017, U.S.-based Victaulic, maker of mechanic pipe-joining systems, invested millions in their Lehigh Valley manufacturing operations in an effort to manufacture 100 percent of its domestic sales in the U.S. They expect to create 50 U.S. jobs and cite additive manufacturing, automation/technology, eco-system synergies, government incentives, and skilled workforce availability/training as reasons for reshoring.

However, the majority of manufacturing executives (84 percent) agree that  there is a talent shortage in the U.S. manufacturing sector. The manufacturing workforce is experiencing a deficiency in skills and a skills misalignment mainly due to baby boomer retirement and a lack of recruits due to misperceptions about manufacturing careers.

Investments in workforce training and attracting talent will play an important role in enabling reshoring and FDI. Industry, education and policy leaders are beginning to collaborate to better align education and training with the skills needed by businesses. Attracting, recruiting and retaining a skilled workforce will include changing misperceptions about manufacturing careers, adjusting attitudes to treat training as an investment rather than an expense, along with attractive starting wages and pay for skills attained.

This spring Google.org and Walmart announced $5 million in grants to three organizations to develop solutions to close the skills gap. California-based Drucker Institute partnering with the mayor’s office in South Bend, Indiana, D.C.-based Opportunity @ Work and the MIT Initiative on the Digital Economy will test solutions aimed at “upskilling” and “reskilling” American manufacturing workers.

Other companies are partnering with organizations such as the Society of Manufacturing Engineers (SME), a nonprofit that develops specific educational programs to fit the needs of manufacturers. Programs such as their Partnership Response in Manufacturing (PRIME) program, forms a collaboration between local school districts, the manufacturer, and SME to identify skill set needs and translate them into educational programs. Companies are recognizing that incorporating continuous learning into their business plans for the ongoing development of skills training and knowledge enables them to keep up with and employ technological advancements.

We recommend evaluating skilled workforce availability by obtaining data on the local rate of credentialing by organizations such as NIMS (National Institute for Metalworking Skills), MSSC (Manufacturing Skill Standards Council) and AWS (American Welding Society). The Reshoring Initiative collaborates with all three groups and can help in obtaining the data.

Comparing Locations for Reshoring
It is essential for a company to evaluate and define its operation when launching a location search. This includes the size, requirements and location factors that are key to the success of the project. First identify operational needs. Second narrow the list of potential location options to those that can meet those operational needs. Then, pursue incentive programs at the state and local levels.

One strategy that some companies are pursuing is to consider the states that have gotten the most reshoring activity in recent years as a starting point of potential states in which to locate. (Figure 3 is a list of the top ten states for reshoring and FDI based on data from the Reshoring Initiative Data Report.) Of course, there are many local communities within each of these states, with variable labor skill availability, cost structures, and business climates, which will necessitate detailed analysis against a company’s operating requirements. You can use Advanced Search in the Reshoring Library to review all cases in a state or obtain full spreadsheets of state data from the Initiative.

Understanding the reshoring and FDI trends and the economics and factors that drive them can help companies and their site-selection consultants make better decisions and recommendations. The companies will be more profitable and the consultants will be busier since there will be many more U.S. projects. Email or call us for advice at Info@reshorenow.org or 847-867-1144. 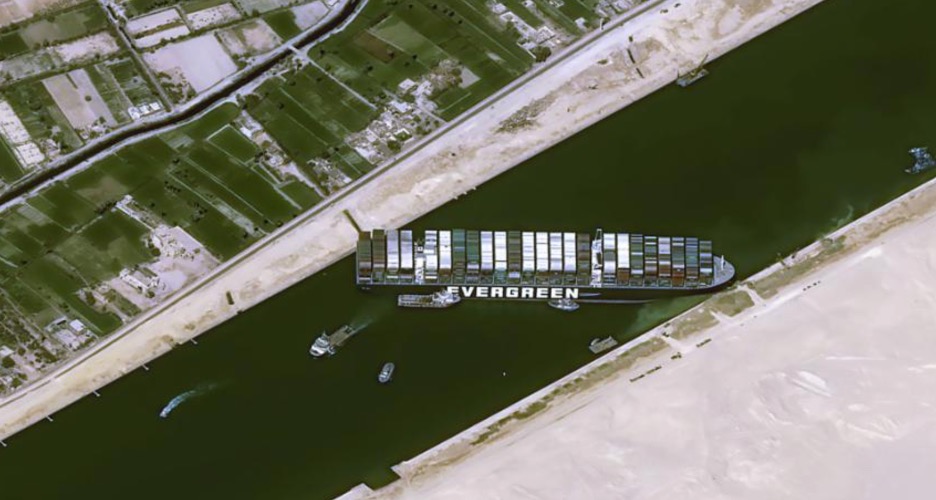 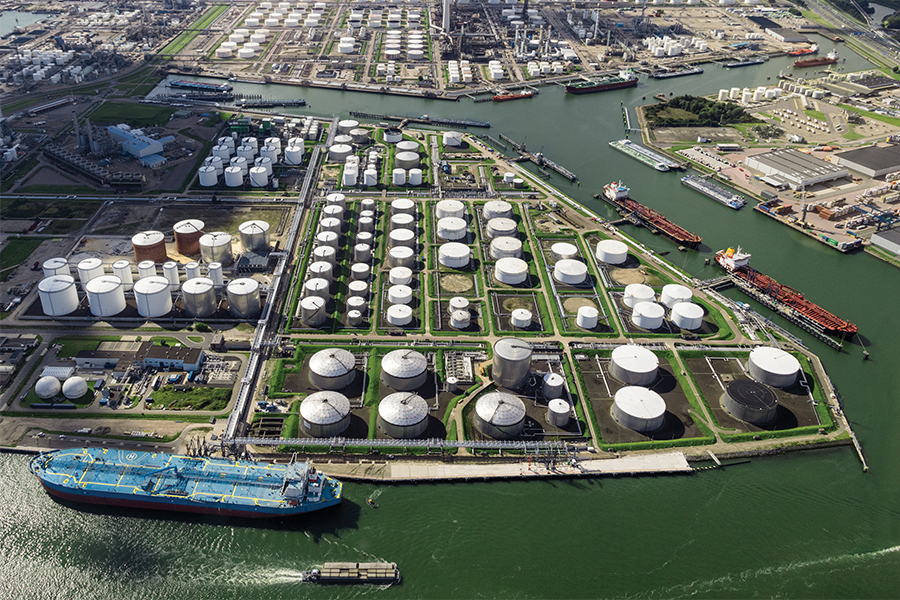 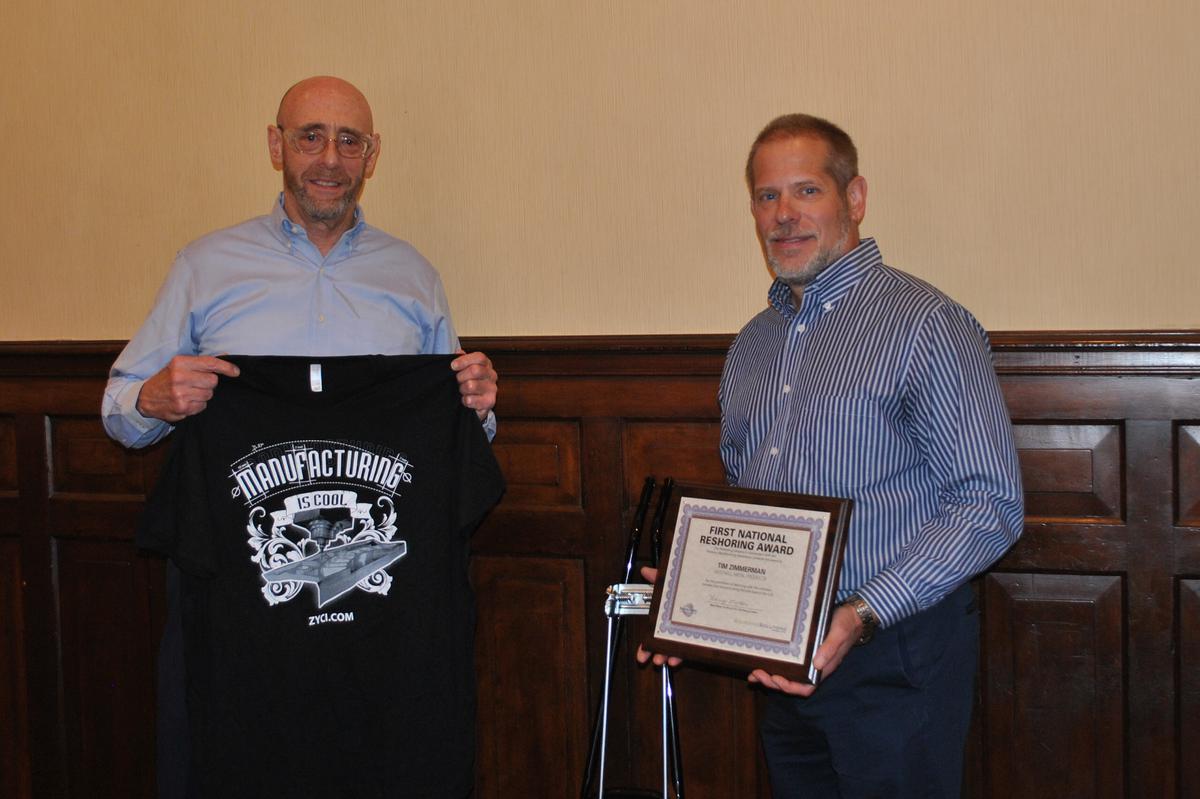