Salina, KS — Schwan’s Company, a leading food producer in the United States, has announced plans to build a new 400,000-square-foot expansion at its pizza-manufacturing facility in Salina, Kansas. The announcement of the project comes as the company celebrates the 50th year of operating a pizza production facility in Salina. Company leaders joined government and civic officials at the Tony’s Pizza and Events Center today to share details of the expansion and thank the Salina and greater Kansas community.

The new facility will result in up to 225 new, full-time jobs by 2023 in Salina and include automated state-of-the-art pizza-production lines, shipping and receiving docks, and office space. The company already employs 1,125 people at its current 550,000-square-foot production facility and distribution center in Salina. Additional projects are planned for the Salina site over the next several years as Schwan’s plans for continued growth in the company’s pizza business, representing an investment of several hundred million dollars in total.

“For 50 years, we have made steady investments in growing our operations in Salina, and our facility eventually became what we believe is the largest pizza production facility in the world,” said CEO Dimitrios Smyrnios. “This new investment in Salina will help ensure that we can achieve our growth plans and continue to provide delicious pizzas to millions of families for decades to come.”

Dimitrios added, “We are proud of our long-standing commitment to the community of Salina and state of Kansas. On behalf of everyone at Schwan’s and our parent company, CJ, I want to thank federal, state and local officials in Kansas for their assistance in helping make this expansion a big part of our future. We especially want to thank our employees at the facility for making the highest-quality foods, day in and day out, for the past five decades.”

Investing for Growth
The company is investing in the Salina facility to support its growth initiatives in the retail and food-service markets in the U.S. and abroad. Founded in 1952, Schwan’s Company is a subsidiary of South Korean food maker, CJ CheilJedang. Schwan’s Company focuses on making pizzas, desserts and Asian-style foods in food-service venues, grocery stores and other retail outlets throughout North America.

Schwan’s first began operating a pizza plant in Salina in April 1970, when it acquired the Tony’s® pizza brand and plant from a Salina businessman. Employees at the facility continue to produce Tony’s® and Red Baron® pizza for grocery stores nationwide, as well as pizzas for food-service venues such as schools.

During Schwan’s ownership of the plant, the facility has grown from just 18,000 square feet to more than 550,000 square feet, including a distribution center that was added in 2006. The facility has seen more than 80 additions over the past five decades. As a part of the newest expansion, the company is adding state-of-the-art production lines and equipment, capable of making more than 100 million pizzas per year. The facility will also include investments in technology and protocols designed to minimize risks during pandemic situations such as COVID-19, following CDC guidelines and applying key learnings from the on-going global crisis.

The new facility is also projected to have environmental improvements. The company projects that the new facility will help the company reduce its waste-water output by 10,000 gallons a day, and it will feature state-of-the-art equipment designs that deliver natural gas efficiencies of 18,000 standard cubic feet annually. Additionally, Schwan’s is partnering with Evergy Energy to identify efficiency and sustainability programs that align with Schwan’s ongoing corporate responsibility commitments. One such initiative is a 20-year agreement for Schwan’s to purchase renewable energy from Soldier Creek Wind Farm in Kansas.

Working with Kansas Public Officials
To help facilitate the project, Schwan’s Company is working with various federal, state and local public agencies and officials in Kansas, including the offices of Governor Laura Kelly and United States Senator Jerry Moran, the Kansas departments of Commerce and Transportation, the Salina Community Economic Development Organization, the city of Salina, the Salina Airport Authority, Saline County and Salina Area Chamber of Commerce on economic development and incentive opportunities. The company is also investing in infrastructure improvements, working closely with city and airport authority officials.

“Schwan’s has been an important economic partner for Salina and our state for half a century now,” Governor Laura Kelly said. “None of this would have been possible without the collaborative effort from Schwan’s Company, our state agencies, and the partnering organizations in Salina. I’m proud to work with this great company to bring new jobs to Kansas.”

“For 50 years, Schwan’s and their Tony’s pizza plant have been a tremendous asset to Salina. We are excited to see such a large expansion in the Tony’s plant locally, and we look forward to our continued relationship with Schwan’s,” said Salina Mayor Mike Hoppock. “Because of the united efforts of the State of Kansas, City of Salina, Saline County, Salina Community Economic Development Organization, Salina Airport Authority and the Salina Area Chamber of Commerce, we were we able to partner with Schwan’s and secure a significant investment in our community.”

“I’m so grateful to Schwan’s for this incredible investment, which signals the trust they have in our state as a strong central location for their business,” Secretary of Commerce David Toland said. “Kansas is continuing to prove that our persistence and dedication to economic development during this pandemic has been well worth it. Our department is driving full steam into this new normal. We want to show everyone else what Schwan’s has proven they already know: Kansas is an extraordinary and strategic place to do business.” 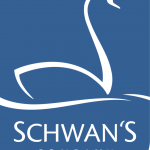 Schwan’s Company
Based in Minnesota, Schwan’s Company is a leading U.S.-based manufacturer and marketer of quality foods offered through retail-grocery and food-service channels. Its many popular brands include Red Baron®, Tony’s®, Big Daddy’s®, Villa Prima™ and Freschetta® pizza, Mrs. Smith’s® and Edwards® desserts and Pagoda® Asian-style snacks. The company is an affiliate of global lifestyle company, CJ CheilJedang. To learn more about Schwan’s, visit www.schwanscompany.com. 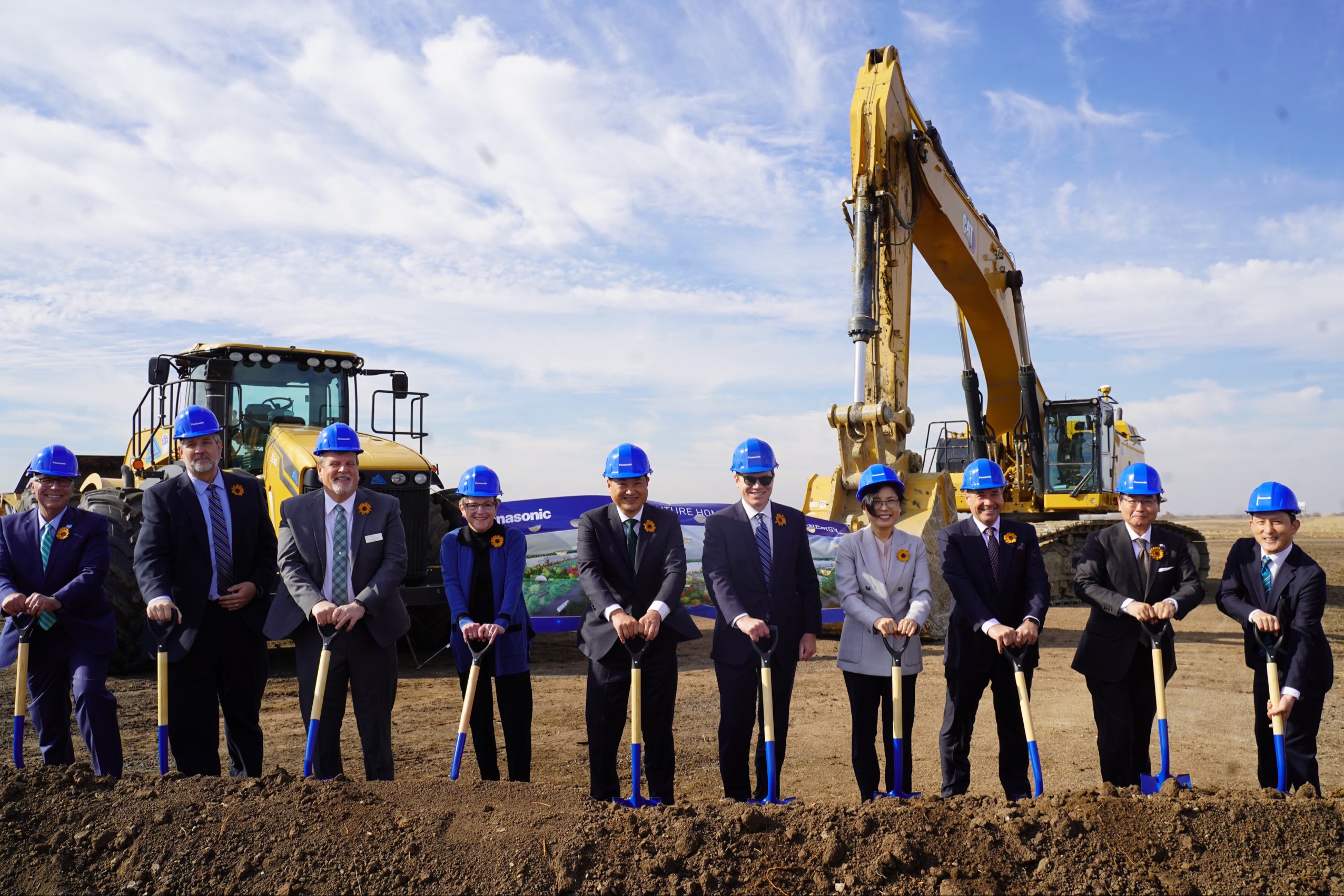 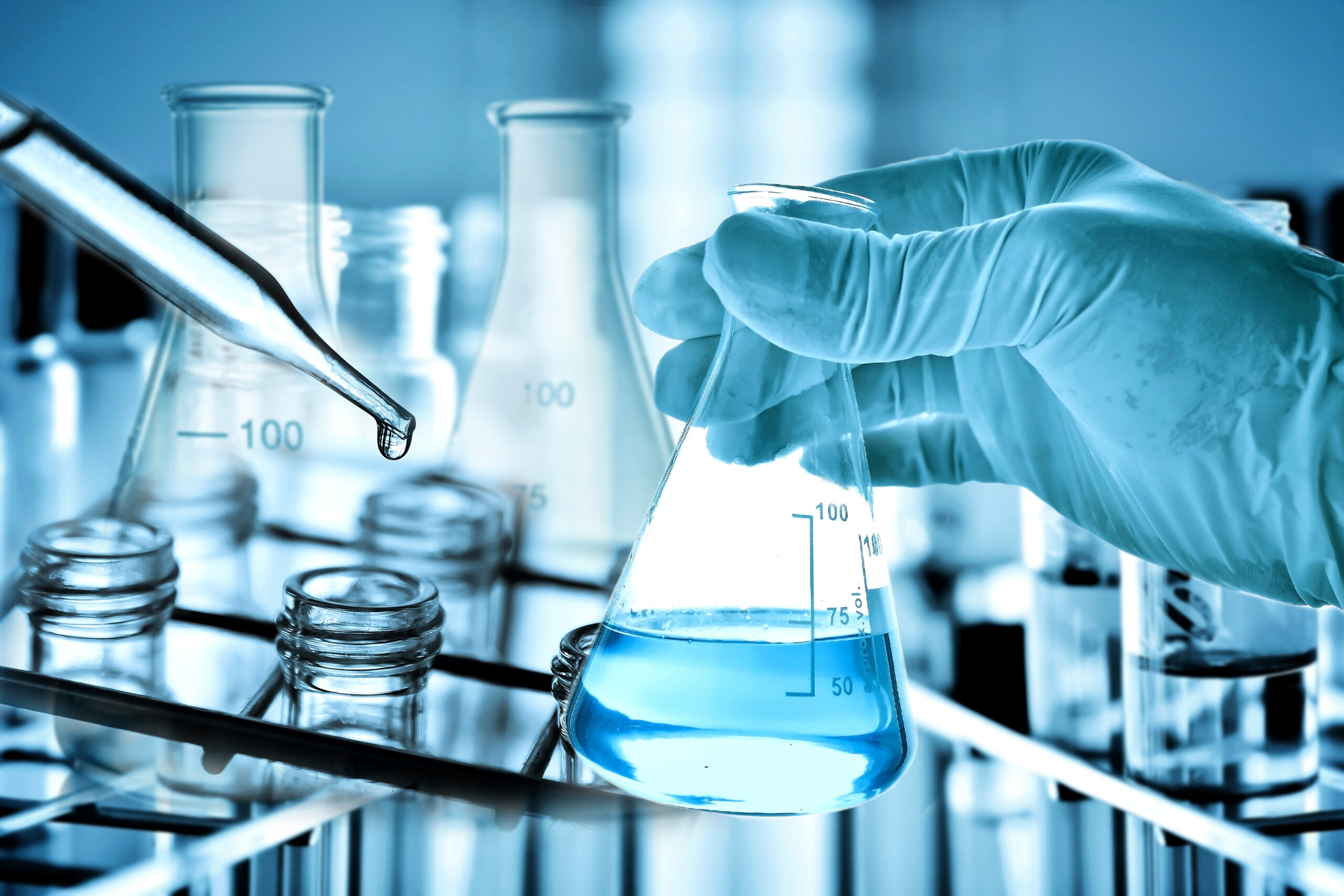 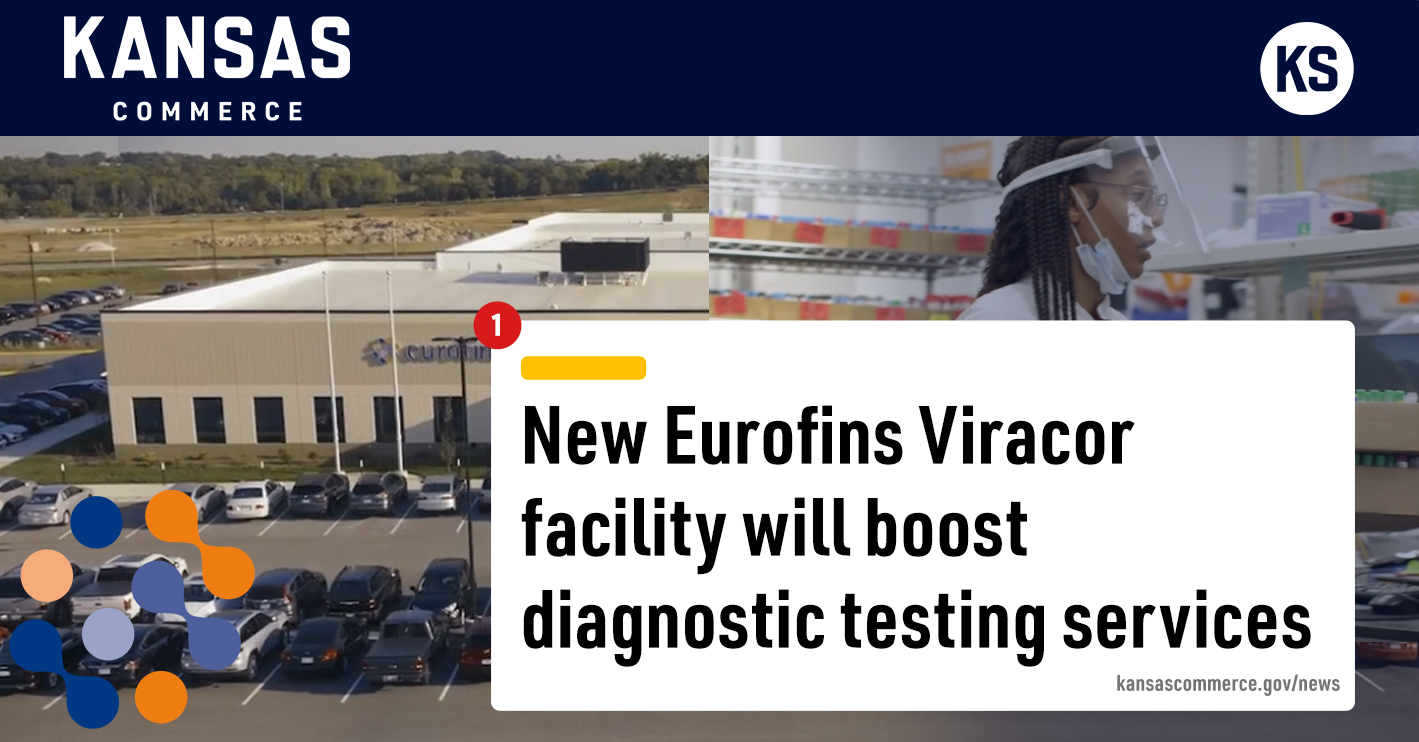 October 17, 2022
Eurofins Viracor, a global leader in clinical diagnostic services, is opening a state-of-the-art laboratory in Lenexa that will create 235 new jobs in... 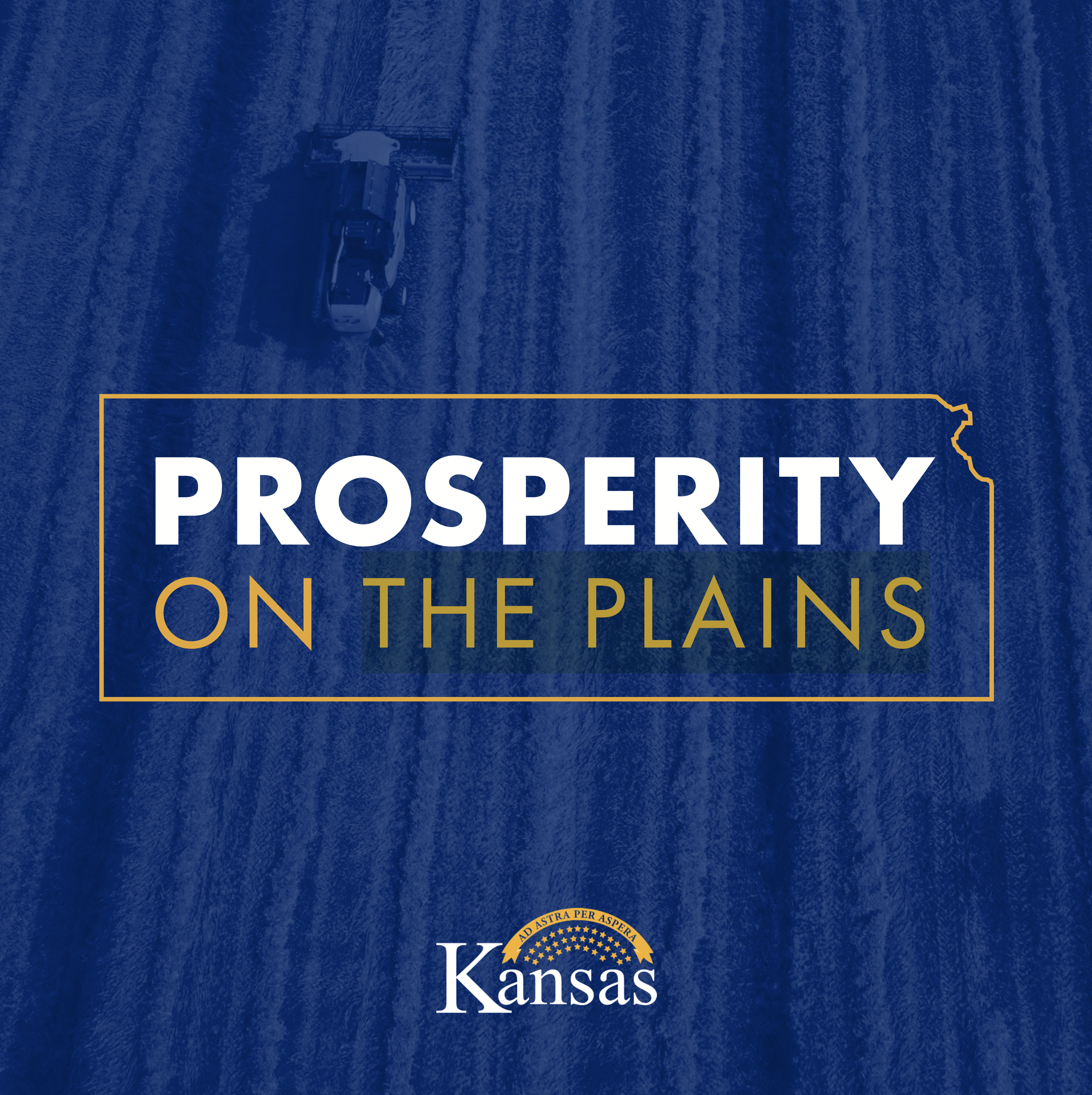