The age-old maxim, “Location…location…location…,” may well serve as a reminder that the single most determinative factor is the decision where to strategically position a manufacturing facility or distribution center, but in this day and age, that bromide falls a little short of the mark.

Today, companies looking to thrive in an increasingly competitive global marketplace, are looking for more than just location: they are demanding sites that not only offer ready access to transportation networks, educational institutions, skilled workers, and potential customers, but are ‘pad ready’ or, at the least, ‘shovel-ready,’ primed and standing by for immediate development.

The meaning is clear—commercial and industrial sites that have completed the necessary planning, zoning, surveys, title work, environmental studies, soil analysis and public infrastructure engineering studies prior to putting the site on the market, and are under the legal control of a community or other third party are infinitely more attractive to potential developers than a stark plot of bare land.

Certified shovel-ready sites are becoming increasingly attractive because they reduce the time it takes a company to begin construction of a new facility giving states what they need to provide valuable savings to potential development partners, and proved job opportunities for local residents.

Across the country, that realization has taken hold with several state governments moving to make site preparation, a proven driver of private capital investment and growth, a fundamental cornerstone of their economic development strategies.

If permits, infrastructure, utilities, and transportation, are not in place, potential developers “are not willing to wait 18 to 20 months. They want it in three to six months,” commented former Virginia Governor Ralph Northam at an economic development conference held last year at the the Institute for Advanced Learning and Research in Danville, Virginia.

Northam made his comments before unveiling a $150 million fund to boost site development across the Commonwealth with $100 million of that earmarked toward prepping mega sites and $50 million slated to develop medium-sized projects.

In neighboring West Virginia, lawmakers are considering HB4002—the Certified Sites and Development Readiness Program— which is aimed at easing the development of sites that are “shovel ready” for development.

According to State Delegate Clay Riley, primary sponsor of the legislation, “We are really good as a state at competing when we get the opportunity and I think this site certification and site readiness program will not only increase the number of opportunities, but also will reduce the risk for businesses who are looking to locate here.”

In January, New York Governor Kathy Hochul stated that she wants her administration to pay for upgrades to infrastructure in tech parks across the state that cater to computer chip manufacturers. 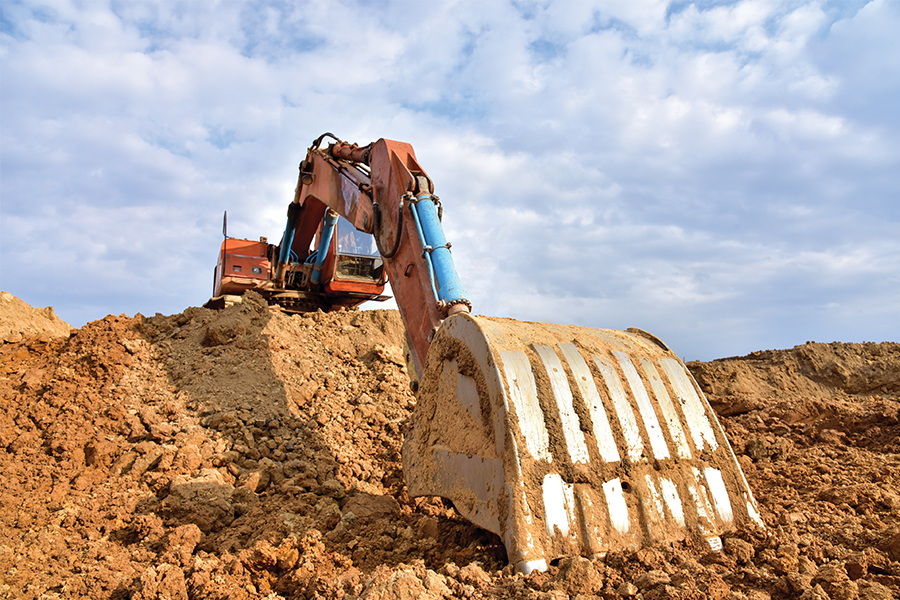 “To jump-start New York’s shovel-readiness and increase the state’s attractiveness to large employers, ESD [Empire State Development Corp.] will allocate funding to develop sites that will attract high-tech manufacturing, particularly semiconductor manufacturing, warehousing, distribution and logistics businesses to the state,” Hochul said in her recent 2022 State of the State presentation.

The hope is that the investment will help attract new computer chip factories, or “fabs,” to the state — as well as a $2 billion federal chip manufacturing lab that could likely be headquartered in Albany, with potential satellite sites in other upstate cities.

The state’s designated “shovel ready” chip fabrication sites include the Luther Forest Technology Campus in Saratoga County and several others located outside of Utica, Syracuse, Buffalo and Rochester.

Fulfilling a promise made more than a year ago to get more properties shovel-ready for prospective employers, Delaware Governor John Carney recently signed a bill to create a new Site Readiness Fund.

According to reports, under Senate Bill 127, the state “will create a $10 million fund for grants, loans or other economic assistance to businesses or public entities that invest in constructing, renovating, or improving infrastructure for sites that would attract job-creating projects.”

The goal is to get sites ready for development within six months to a year.

“If you don’t have a site ready for a prospective employer, you’re going to lose out on those jobs,” Carney said. “We compete every single day for the future strengths and jobs that power our economy … [this] is about producing sites ready for development as we continue to compete with states and regions across the country.”

First proposed during the state’s 2020 legislative session, SB127 passed both the Senate and the House with a near-unanimous vote in late June of last year.

Out west, New Mexico’s Economic Development Department is moving forward with a new 20-year, 384-page strategic plan that calls on the state to provide $50 million in funds to expand the state’s Local Economic Development Act (LEDA) program that provides the wherewithal to build infrastructure that can make sites more shovel-ready for businesses looking to start or expand their operations in the state.

LEDA allows the state agency to administer grants to local governments to help qualifying businesses that are expanding to or relocating in New Mexico.

According to the state’s Economic Development Secretary Alicia Keyes, the state often gets inquiries from businesses seeking sites that are ready for development, but “we have a hard time pointing them to infrastructure-ready sites here.”

Duke Energy has selected nine properties in eight counties across North Carolina for inclusion in its 2021 Site Readiness Program to enhance the readiness of the sites for business and industrial development.

Through its Site Readiness Program, the company identifies high-potential sites and partners with county officials and local economic development professionals to develop strategies for getting the sites fully ready to market to industrial projects.

In North Carolina alone, Duke Energy has helped prepare 136 properties that have won 35 major projects since the program started in 2005, drawing more than 6,500 new jobs and nearly $7.5 billion in capital investment to the state.

Based on consultant recommendations, Duke Energy collaborates with county leaders and local economic development professionals to develop an improved strategy for marketing these sites. Additionally, each site is eligible to apply for a $10,000 matching grant from Duke Energy to help prepare it to attract projects.

Duke Energy has helped prepare 38 properties in the state that have won 11 major projects since the program started in 2013, drawing more than 2,700 new jobs and $666 million in capital investment.

The four properties are the 90-acre JNT Industrial Site in Carroll County; the 6,000-acre River Ridge Commerce Center, adjacent to the Port of Indiana, in Carroll County; the Posey County Poseyville 50 Property, specifically built to suit advanced manufacturing; and the 150-acre Purdue Research Park and Aerospace District in Tippecanoe County.

• Alabama—The Growing Alabama Commission has approved the South Alabama Mega Site for an investment of $5.5 million for rail improvements at the shovel-ready 3,000-acre tract in Baldwin County.

“The South Alabama Mega Site is a prime location for a high-impact economic development project within the Gulf Coast region, and these new improvements will make the Baldwin County site even more competitive when it comes to strategic corporate investment decisions,” said Greg Canfield, secretary of the Alabama Department of Commerce.

• Missouri—The Missouri Department of Economic Development has said that the Crossroads Industrial Park in Joplin is now a Missouri Certified Site (MCS), meaning it is “shovel-ready” for companies looking to establish business.

As a Certified Site of the MCS program, the new Joplin Crossroads Industrial Park brings to more than 30 other recognized development-ready land sites that “meet a set of standards designed to eliminate risk and expedite a company’s move to a new location,” she said.

The items reviewed include the availability of utilities, site access, environmental concerns, land use conformance, and potential site development costs.

• Florida—A FedEx Ground facility is being built in Panama City and will serve the North Florida region, including Tallahassee, according to media reports.

Located on a 33-acre site, the 251,000 square-foot facility is slated to open in fall 2022, according to the Bay Economic Development Alliance (BEDA). The regional headquarters is being built at the Panama City Port Authority’s Intermodal Distribution Center, roughly 107 miles from Tallahassee.

The BEDA said the logistics giant was attracted to the site “since it has access to major highways and its proximity to customers’ distribution centers.”

“They could have gone anywhere in the Panhandle, but they chose us because we had a shovel-ready certified site,” said Becca Hardin, president of the Bay County Economic Development Alliance. “It’s a huge capital investment.”

• Tennessee—The Volunteer State’s Department of Economic and Community Development has announced that the Highway 223 East Site has been certified through the Select Tennessee Certified Sites program.

The Select Tennessee Certified Sites program has helped communities prepare industrial sites for private investment and job creation since 2012. The program sets rigorous standards to give companies detailed and reliable information during the site selection process.

The Select Tennessee certification process ensures that each certified site meets high quality standards and are primed for development. Qualifications for certification include having at least 20 acres of develop-ready land for industrial operations, documented environmental conditions and geotechnical analysis, existing onsite utilities or a formal plan to extend utilities to the site, and truck-quality road access.

Located in Jackson, the 316-acre, rail-served Highway 223 East Site is also certified through the CSX Select Sites program, which assists the states served by its rail network in the development of industrial sites for development and expansion.

The North Etowah Industrial Park in Etowah, Tennessee is also a product of cooperation between Tennessee and the CSX, “offering development opportunities ideal for agricultural and food industries,” the Florida-based rail carrier has said. 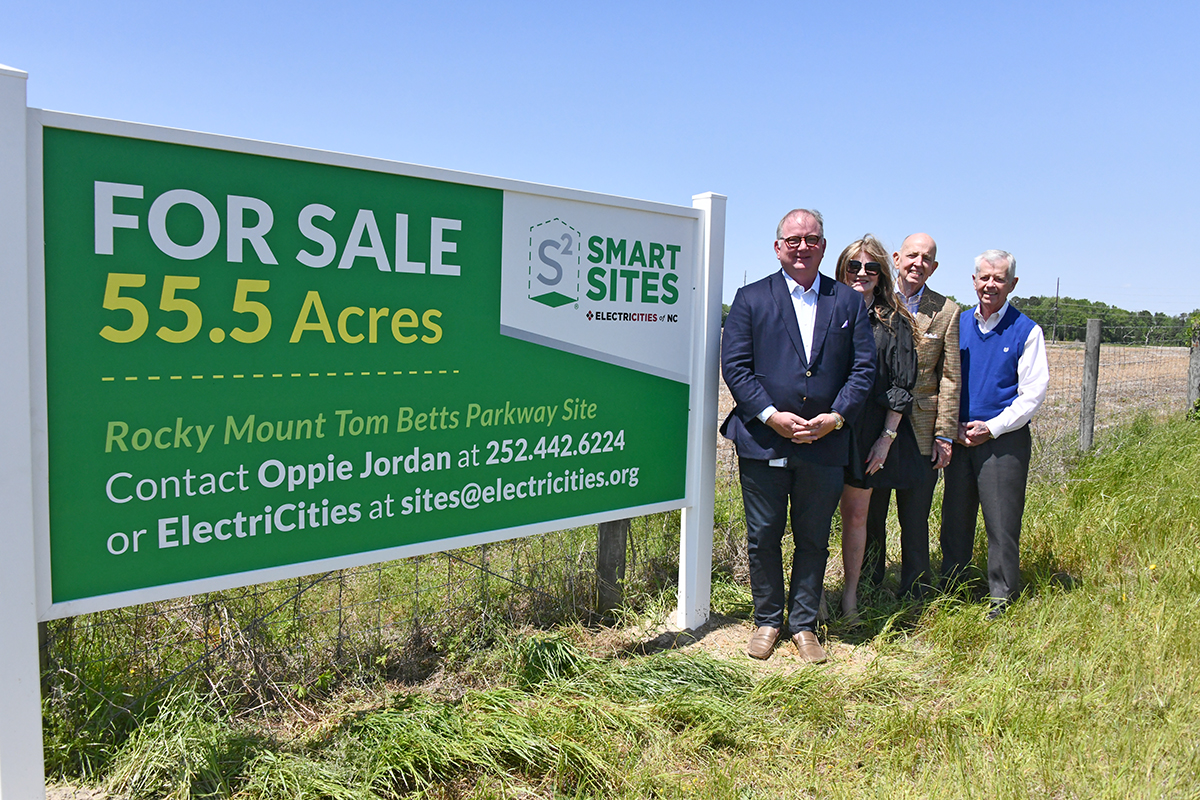 June 14, 2022
ElectriCities of North Carolina, Inc., has designated a 55.5-acre Smart Site in Rocky Mount, North Carolina. The designation guarantees that the prime... 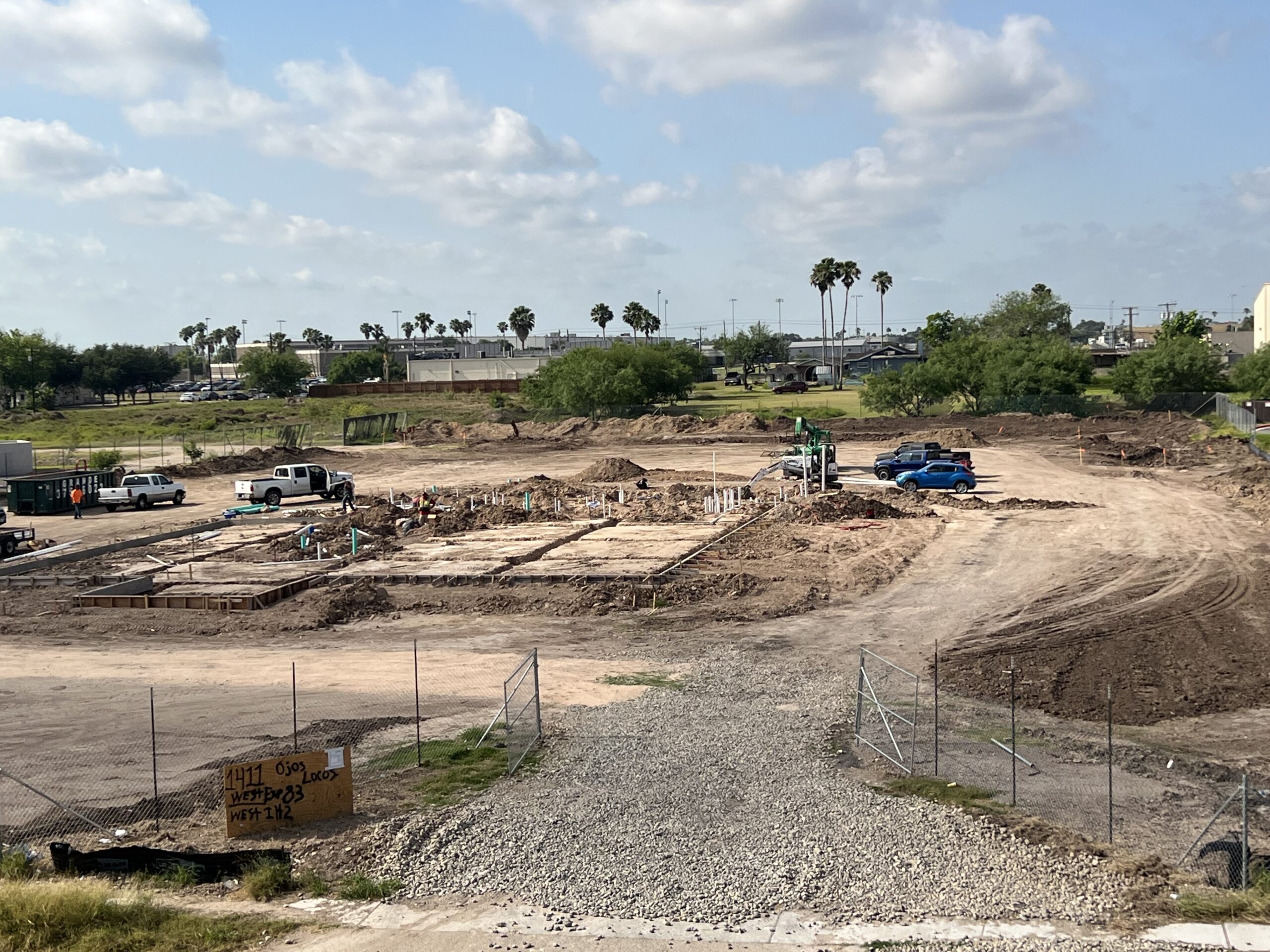