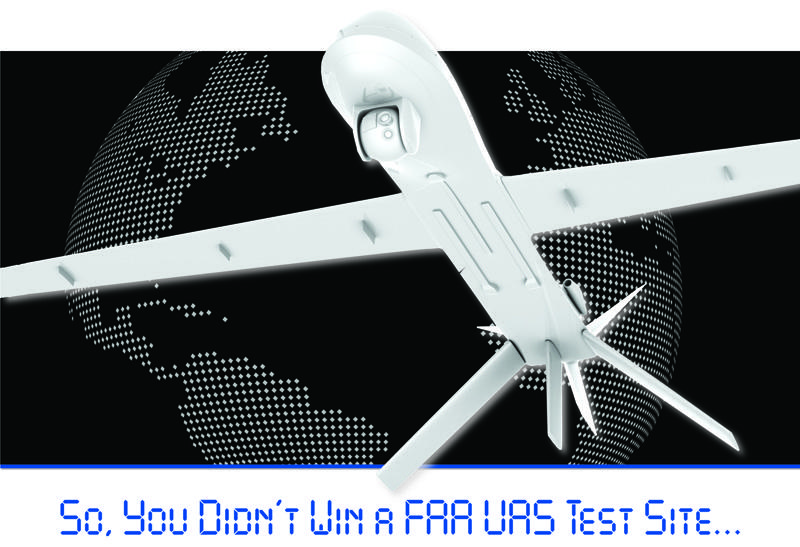 The FAA’s highly-anticipated and long delayed award of six Unmanned Aircraft Systems (UAS) test sites is expected to be made between the time this article was written and when it will be published. The FAA has already narrowed the field of fifty applications received from thirty-seven states to twenty-five proposals in twenty-four states.

The recipients of these awards will be at the forefront of the testing to certify remotely piloted vehicles for approved operation alongside the passenger airplanes and helicopters that fill our national airspace. All the states and regions competing are well aware of the potential for this new market, and hope these test sites will be the gateway to becoming a hub of this burgeoning technology. This article suggests considerations for the thirty-one states left without one such gateway on how to foster the growth of this emerging industry.

Decisions on test sites were originally due from the FAA by August 2012, however the FAA Modernization and Reform Act of 2012 has mandated that the agency make a definitive decision on locations by the end of 2013. The Reform Act also stipulated that the FAA must begin to allow the safe integration of UAS into the National Airspace System (NAS) before October 2015, and publish rules leading to the integration of small (<55 lbs). UAS into the NAS by August of 2014.

Rules for larger aircraft will follow thereafter. These dates are now required by law, but they may still slip to the future – the FAA’s mandate above all is air traffic safety and it may well seek further delays in areas of greater risk.

These test ranges are a critical step in enabling the FAA’s UAS roadmap. But it is important to keep in mind that the end of the FAA’s involvement is already planned in 2017. While the state selection of a test site may provide some advantage, it is the regulatory road map that ultimately will enable a large state and local market, and a potentially much broader market for commercial usage. The Teal Group has estimated the market at ~$89B over the next decade worldwide, with much of that spending in the U.S. It is by identifying those requirements most relevant to the regional economy and then enabling them that states will foster demand, and then supply, of UAS.

Foster Applications that will Drive Near-Term Demand So what are these potential applications, and which have the power to drive the greatest demand? The FAA’s Comprehensive UAS Plan anticipates enacting rules to allow small UAS operating in Visual Line Of Sight (VLOS) before larger, routine operations. And it contemplates approving public uses of UAS before commercial uses for each size category. The current goals call for implementation of routine operation of larger UAS in public service, and public and commercial uses of smaller UAS in VLOS before 2016. Meanwhile, routine operations of commercial UAS are not anticipated before 2020. Advanced commercial applications, such as Amazon’s recently announced door-to-door package delivery service, are not expected to be allowed regulatory approval until the next decade. In all cases a limited authorization, outside of busy airspace and heavily populated areas, will precede full implementation and integration.

Applications that have already been allowed by special exception clearly provide guidance to the types of applications that will have the greatest user demand. UAS have already been employed under limited Certificates of Authorization (COA) by non-Federal authorities for wild land firefighting and disaster monitoring. Federal applications under COA that may be adopted at a state and local level include border and maritime monitoring. Forestry services also seem a likely near term application for public service operators. Other public service applications, such as urban firefighting, traffic monitoring and urban planning will follow sometime later. The current regulatory roadmap is vaguer in this area, allowing the FAA to adapt to the results of initial applications.

Early commercial applications will focus more exclusively on small aircraft operations in VLOS, outside of heavily populated areas. The FAA has already certified small, hand launched UAS for operations in the arctic region in support of ocean surveys and oil-spill monitoring. Similar operations for environmental compliance monitoring over land are a likely area of early adoption. UAS have already been used to support precision agriculture in Japan and Chile. Monitoring of ports, surveying and asset surveillance are also areas of potential interest.

The key goal in identifying potential applications is to first identify likely users of such systems, then in turn encourage these potential users to develop realistic, attainable plans to use these systems to enhance their businesses. By clarifying and codifying their unique requirements, potential adopters will enable suppliers to better build their systems, and spur greater usage. By focusing on attainable, nearer term requirements over more visionary applications with longer regulatory timelines and greater development requirements, a full-supplier ecosystem can be developed more quickly. Where demand grows, UAS original equipment manufacturers will be inclined to build.

The importance of keeping in mind the relevant ecosystem for UAS consists of more than just the air vehicle and its ground control station. For example, FAA regulations will require certified pilots, who must in turn be trained. As with commercial aviation, needs for pilots will be filled by both the military and civilian flight training programs. Particularly with the emphasis on VLOS operations as the earliest authorized uses of UAS, these pilots will need to be available locally. Ensuring local access to a flight training program could be every bit as important an element of bringing UAS into a region’s economy as a testing range.

Data collection will be an essential element of all public and commercial UAS applications. To become information, that data must be processed. This is jointly accomplished by the design of the sensor system placed on the air vehicle, and the software to process the data transmitted from the vehicle.

Fostering a high-tech community capable of developing sensors and software will be critical to a thriving UAS economy. The coming environment will compare in many ways to app development for smart phones. Once a primary supplier provides the air vehicle, secondary communities will increasingly be enabled to develop new applications and enhance existing capabilities – all separate from the needs to test UAS in the national airspace at a test range.

Drive Dialogue Between Departments, Agencies, Industries and The Public There is more that states can do to foster growth. A “services” model is very likely to emerge for UAS – for example, how many wildland fire departments will have a full-time need – not to mention the budget – for UAS support? By collaborating across departments, municipalities, or even among a given commercial industry, UAS assets can be more effectively utilized, maximizing the output for the investment made.

This dialogue may be best initiated by an outside party, such as a state development office, in order to bridge the gaps between these organizations. Additionally, privacy concerns must be proactively addressed within regions. Open debate should be encouraged early, and the requisite legal framework drafted as soon as is feasible. If these concerns are left to evolve at their own pace, the added uncertainty will create a difficult environment for both developers and potential users. The potential risk that future legislation will decrease the value of investments made today will deter such investment. These issues are substantial and challenging, and even the most prescient legislation will need to be refined as technologies evolve, but pushing them to the forefront will help speed adoption.

UAS: An Important Growth Market and an Important Catalyst In the end, the economic potential of public and commercial UAS operation in your region is large, and these new systems may add extraordinary capabilities to public and commercial users. For the six winners of the test ranges, congratulations – you will facilitate the path forward for all of us in this important new field. To the vast majority of applicants whose proposals to the FAA ended in frustration, recognize that this nascent market and its supporting ecosystem will need to be fostered carefully in order to thrive. With careful planning and proactive support, unmanned systems can become both an important new part of your region’s economy, and a catalyst for greater efficiency and competitiveness for many other sectors of your economy. 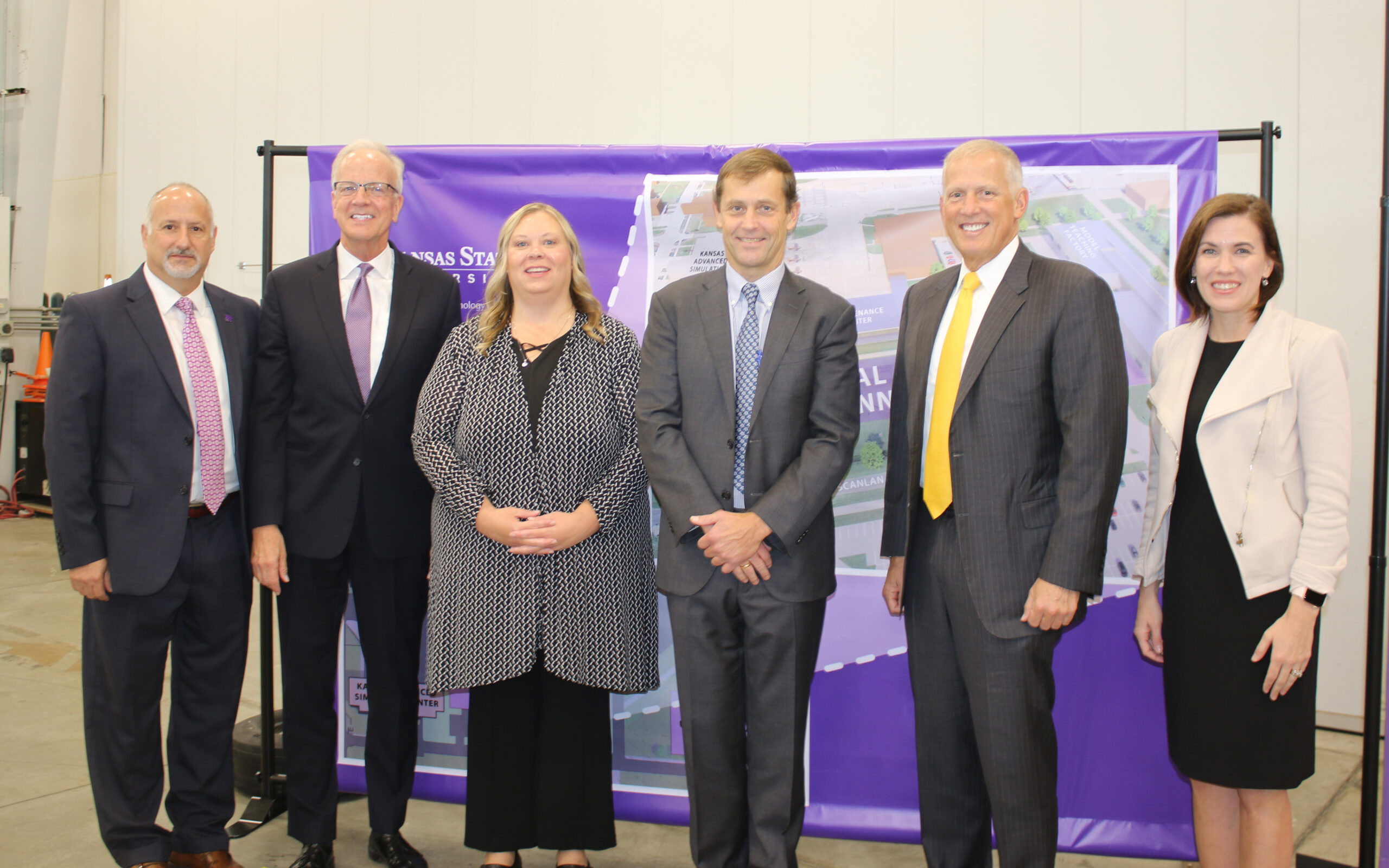 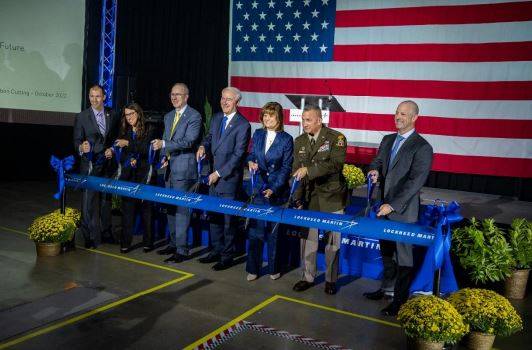