Even in the midst of a national economy that has lifted squeamishness to the level of an art form, South Carolina continues to act as a magnet for business, both big and small.

So far this year, the Palmetto State has almost 500 active economic development projects on its plate with more than 90 firms already committed to either augment their existing business or site new operations there.

With its eye on increasing South Carolina’s upward velocity even higher, the State House of Representatives recently formed an ad-hoc committee to study ways to make the state even more attractive to industry by concentrating on workforce development, modernizing the state’s utility network, expanding access to hi-speed Internet, increasing investment in its transportation, logistics, and communications infrastructure.

The bi-partisan working group was created by House Speaker Murrell Smith, who laid out a simple marching order for its 12 members at its first meeting—“We need to prepare ourselves for the next generation of industry coming to South Carolina.”

While every one of the state’s 46 counties is attracting business—three counties in particular—Horry, Greenwood, and Clarenden Counties—typify the energy and drive are lifting the state to a point high on other state’s ‘envy meter.’ 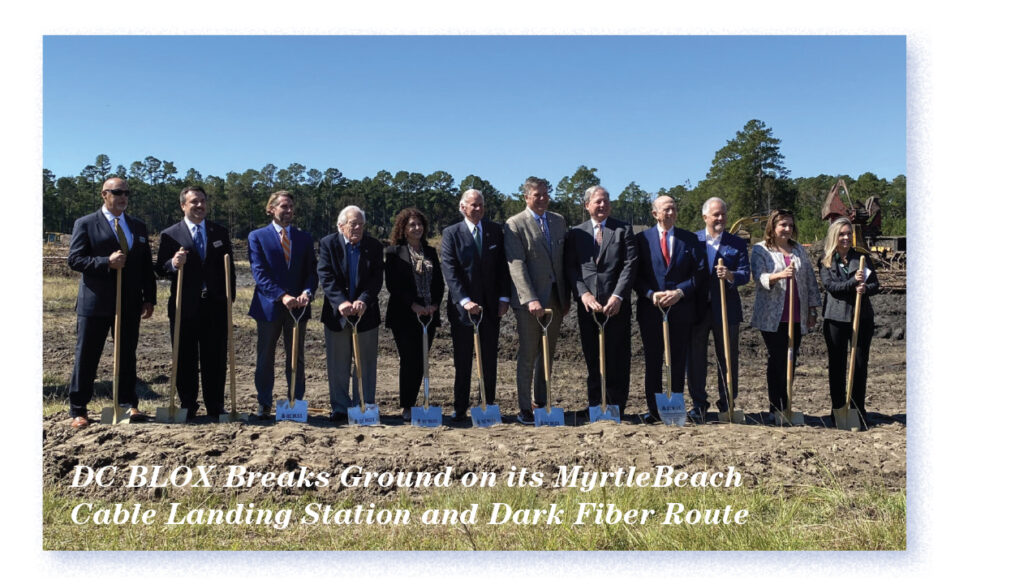 Horry County/Myrtle Beach
The economic engine of Horry County, the second most populous in the state, is Myrtle Beach, which, mistakenly perceived as solely a resort community, has attracted more than a fair share of Tier One firms looking to expand their regional and national footprints.

Strategically located between the company’s other CLS facilities in Florida and Virginia Beach, the new CLS will support up to five subsea optical communications cables—each about the circumference of a cigar tube—that are laid on or buried underneath the ocean floor and link the U.S. East Coast with points in the Caribbean, northern South America, and, eventually, as far south as Argentina.

The Myrtle Beach facility will be fully operational in the second quarter of 2023 and supply the undersea cables with power to regenerate optical signals, provide colocation space for cable partners and local businesses, and serve as a regional exchange point for communications providers.

“It [the CLS] will have everything that’s needed for Google or any other company to expand their communications networks,” says Sandy Davis, Myrtle Beach Regional Economic Development Corporation. “We’re very confident that our partnership with DC Blox will appeal not only high-tech companies, but others involved in a broad spectrum of activity.”

Myrtle Beach, specifically, and Horry County, in general, “is targeting firms in light and advanced manufacturing, aviation and aerospace, pharmaceuticals, boat manufacturing, medical device making, and others,” says Davis. “But our underlying goals are to attract companies that will match the skills that we’re training for, and, at the same time, keep people here while we work to recruit new people to live, work and grow their families.”

Greenwood County
Located west of the capitol of Columbia in the state’s Piedmont region, Greenwood County boasts a diversified industrial and manufacturing base which rests on such diverse areas as construction materials, pharmaceuticals, healthcare, energy and advanced materials, and logistics and transportation.

“Key to the County’s success in attracting new business is developing strong relationships built on a thorough understanding of the unique needs of the individual company between the firm itself, the County economic development office, and the South Carolina Department of Commerce,” says James Bateman, Greenwood County’s Director of Economic Development.

“Working hand-in-hand with the state’s Commerce Department,” Bateman says, “demonstrates to prospective companies that we can meet their requirements and, at the same time, provide them with the skilled labor they need to fill the job positions their business would bring to the County.”

In May, pre-packaged sandwich maker E.A. Sween announced that it would pump nearly $38 million to build a 100,000-square-foot production facility at the North Greenwood Industrial Park, a “cornerstone” of the County’s continuing economic growth that covers 141 acres—located on Highway 25 with ready access to rail and air facilities. 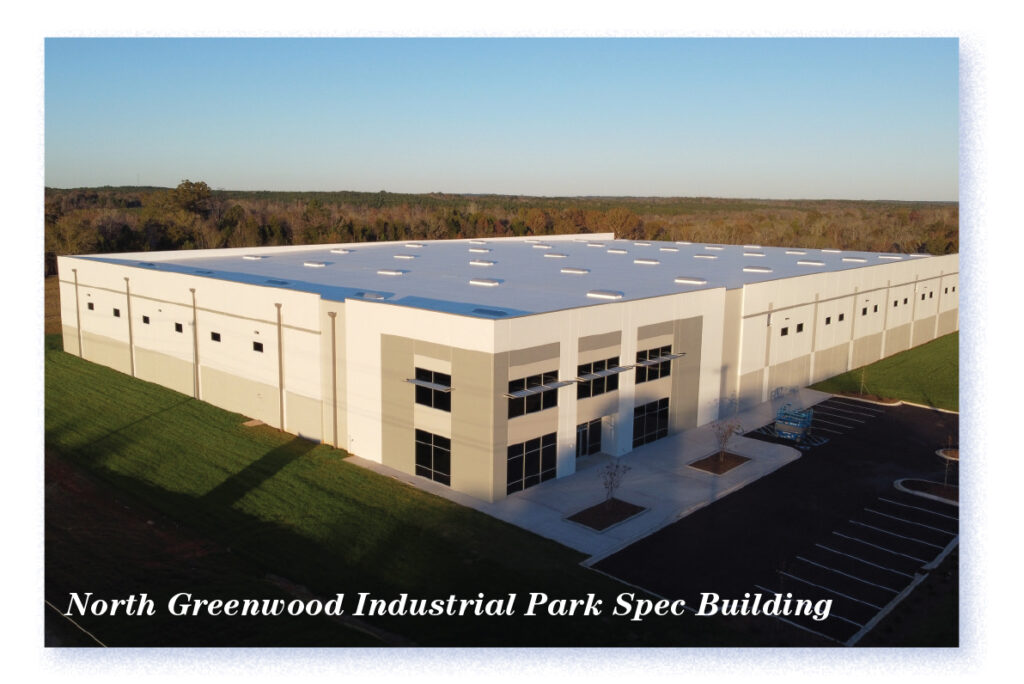 Four months later, the ground was broken for the new plant—the company’s first expansion outside of its home state of Minnesota—and will produce about half of the company’s total annual production of 150 million sandwiches, when fully operational in July 2023.

Earlier this year, pet food manufacturer Symrise Pet Food said it would invest $65.5 million to expand operations in Greenwood County. The investment will be used to build a new facility and is expected to create 65 jobs. Construction on the new building is expected to be complete in 2025.

Lonza, a world leading supplier of dosage products to the global pharmaceutical, biotech, and nutrition markets, has said it will pump $53.7 million into expanding its existing operations in the County. The expansion, slated for completion in stages through 2025, will add 50,000 square feet of space to its existing operations, and bring new cutting-edge manufacturing technologies including partial automated operations to the site according to the Switzerland-based company.

Mumford Industries Inc., a post-industrial plastics recycling company and sustainable film products producer, will invest $2 million to expand Greenwood County operations, the company announced on May 4. The investment is expected to create 33 jobs when the expansion is completed in May 2025.

“Our expansion is thrilling because we know it will allow us to not only have an even greater impact on the environment, but also the sustainability goals of the companies that call South Carolina home,” said Mumford Industries president George Mumford. “We appreciate all the support we have received from Greenwood County to make this happen.”

Clarendon County
Ninety minutes by truck from the Port of Charleston, Clarendon County is strategically located on the I-95 Interstate, offering companies from Westinghouse Electric to Georgia-Pacific a critical link to global, regional and local markets.

“We’re looking to the future to see what we can do to better our workforce and get them ready for the jobs that are coming tomorrow,” says Executive Director of the Clarendon County Development Board, George Kosinski. “The market changes every day; skill sets change every day, and the way companies operated yesterday is not the way they’re going to be operating tomorrow.”

“Business,” he says, “is evolving and changing, so we are doing our best to stay at the forefront of that evolution with what we have to offer to help companies that decide to settle in Clarendon County grow into the future.”

SC Canna, LLC, an agricultural hemp company, announced plans to establish its indoor growing operations in Clarendon County. The company’s $8.8 million investment is projected to create 37 new jobs. The company, a subsidiary of Sirius-A-Bioscience, is an integrated grower and distributor of medical-grade hemp products that specializes in aeroponics, which allows hemp to be grown indoors from seed to wholesale. 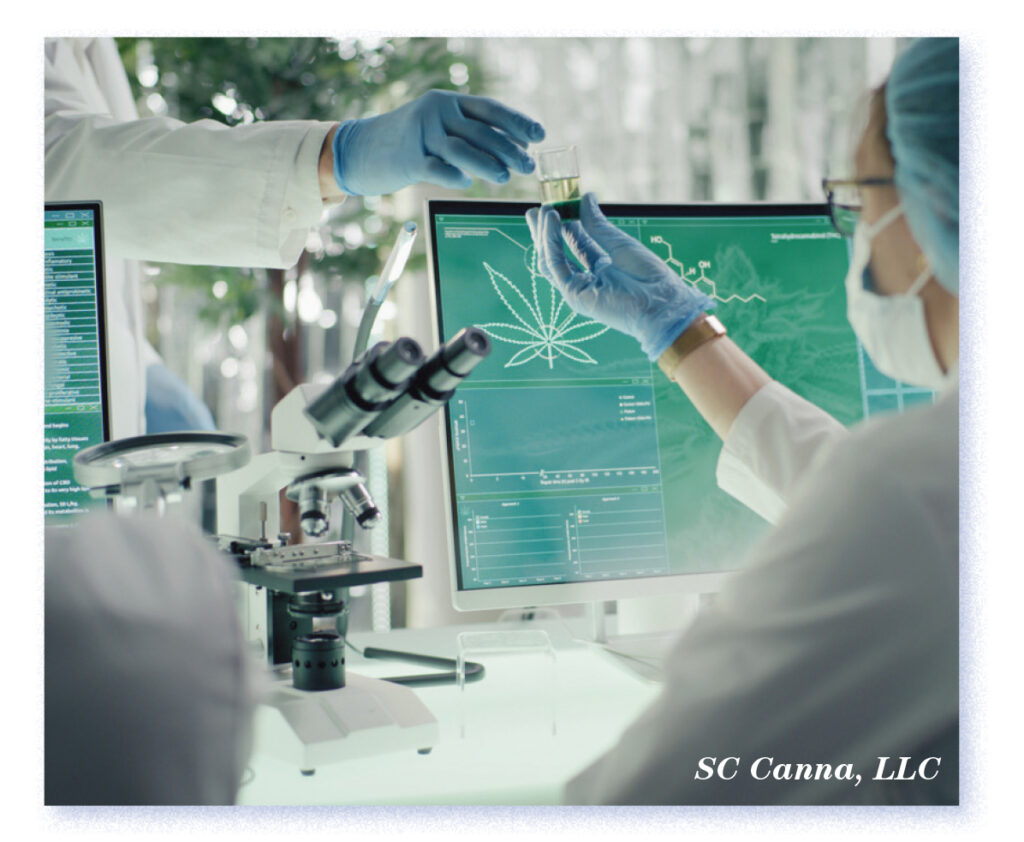 Located at the Clarendon County Industrial Park, the newly constructed 50,000-square-foot commercial space will house the company’s proprietary growing system. Operations are expected to be online in 2023.

Georgia-Pacific (GP)—one of the largest makers of tissue, wood pulp, packaging, and building products in the world—currently operates five facilities in South Carolina. In August, the company announced plans to enhance its operations in Clarendon County with an infusion of about $40 million into the addition of a third stranding machine to increase the throughput capacity of the facility.

Stranding machinery processes wood logs into strands used in manufacturing oriented strand boards, wood panels similar to particle board that are formed by adding adhesives and then compressing layers of wood strands into sheets. Expansion of the facility is scheduled for completion in 2023, and was spurred by GP’s positioning itself to serve South Carolina’s increasingly strong housing market.

A firm new to Clarendon County is SolarGen of South Carolina, a company that designs and develops low-cost, solar electric generating systems. In June, the company said that it has committed $150 million into the creation of a 500-acre, 125-megawatt solar farm that is expected to go online by the end of 2024.

When asked what attracted SolarGen to South Carolina in general and Clarendon County in particular, SolarGen President Carmine Iadarola, said, it was the professionalism and “business ‘can-do’ attitude” displayed by Clarendon County and the South Carolina Department of Commerce, “and their understanding of the important role of sustainable, clean energy to its growing economic base, that made selecting this Clarendon County site for our next project a perfunctory, easy decision.”