It’s been a frustrating, yet interesting time in the aviation industry.

To think, just two years ago the U.S. airline industry was devastated by the COVID-19 pandemic, with demand for air travel plummeting 96 percent to volumes not seen since the dawn of the jet age; today, however, there is surging demand for air travel and despite some recent surges, COVID-19 cases are less of a factor. More of the population is vaccinated and domestic passenger volumes have recovered to more than 90 percent of pre-pandemic levels, all according to Washington, D.C.-based Airlines for America (A4A).

Even with some progress, some major issues of the past two years are hardly in the rear view mirror. They include a still weak return to business travel; and others like the pilot and overall workforce shortage that were challenges before the pandemic.

Next Year
Today, the return of the international and business markets is more of a hope than an expectation.
“We predict the industry will not return to 2019 passenger volumes before 2023, but recognize that the timing of a return to these pre-pandemic levels depends largely on the return of international and business travel,” said John Heimlich, chief economist for A4A. “Further, while revenues are rising rapidly, so are costs – across the board – as airlines and other companies throughout the economy face rampant inflation.”

The airlines, Heimlich said, are “also working hard to pay down tens of billions of dollars of debt taken on to survive the pandemic-induced downturn in demand.”

So while it has been heartening that passenger levels have risen due to pent-up demand in the leisure market, that demand has come during a labor shortage, perhaps most notably due to many pilots aging out of their positions, not returning to their main vocation as the market reopened or simply retiring.

So note the requirement of a four-year degree with 1,000 hours of flight time, or two-and-a-half years of flight school with 1,500 hours, to get qualified; plus an Airline Transport Pilot’s license and more training in the appropriate aircraft.

Those circumstances “have arisen at time,” said Todd Willinger, CEO of Redbird Flight Simulations, in Kyle, Texas, “when the [2019] Boeing Pilot & Technician Outlook projects that 804,000 new civil aviation pilots, 769,000 new maintenance technicians and 914,000 new cabin crew will be needed to fly and maintain the world fleet during the next 20 years.”

That’s led to new approaches that haven’t been easy to implement. “For instance, the regional carriers started hiring flight instructors to fly the planes, which is like eating your own,” Willinger said. “Also the mandatory retirement age was moved up to 65. It had been 60.” 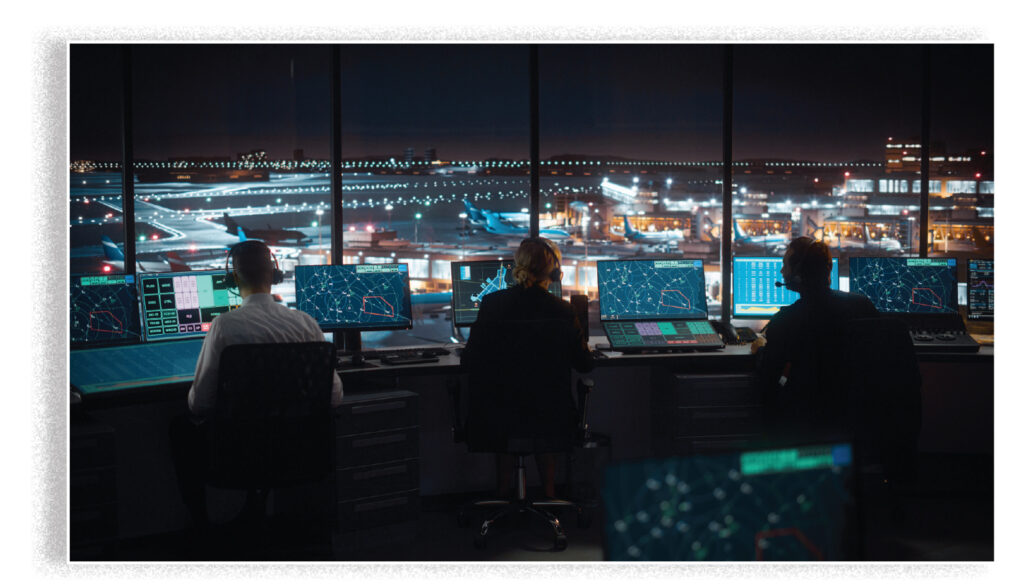 Pilot Salaries
While commercial and private air travel have recovered faster than analysts imagined, “The pilot shortage is a confluence of a number of circumstances,” said Willinger. For instance, pilots have a number of options. “You have the shipping businesses like FedEx, Amazon and UPS that hire professional pilots, too, and those jobs pay more than the airlines do.”

To illustrate, pilots from the major airlines made an average salary in 2021 of $198,190, according the U.S. Bureau of Labor Statistics; while 12th-year first officers for cargo carriers made up to $235,000 (UPS), according to the New Smyrma Beach, Fla.-based Epic Flight Academy.

And the lane to getting hired by a commercial airline has changed, said Willinger. “Under normal Federal Aviation Administration regulations, you needed 250 flight hours under your belt, then had to take the tests. That qualified the pilot to be hired by a regional short-hop carrier with 75-100 seats, but not the 150-200 seaters, like a larger Boeing aircraft.”

“So the regionals were feeders for the big heavies,” he said. “But in 2009 after the ‘Colgan Crash’ (near Buffalo, N.Y., which resulted in deaths of 49 passengers and crew), Congress passed a law that all airlines required more hours – 1,500 – and a higher Airline Transport Pilot rating, which the pilots with the major carriers already had.”

What this did, however, was “constrict the funnel of who could go to the regionals, then to the major carriers,” Willinger said, “and it’s taken [years] to rebuild [that part of the workforce].”

However, there’s help on the way from the next generation. “We’re starting to see more flight classes in career tech education as part of science, technology, engineering and mathematics (STEM) programs, given the need for pilots,” he said. “It makes a huge amount of sense, because it’s the only hands-on match for all STEM angles. And interest is brewing among the students.” 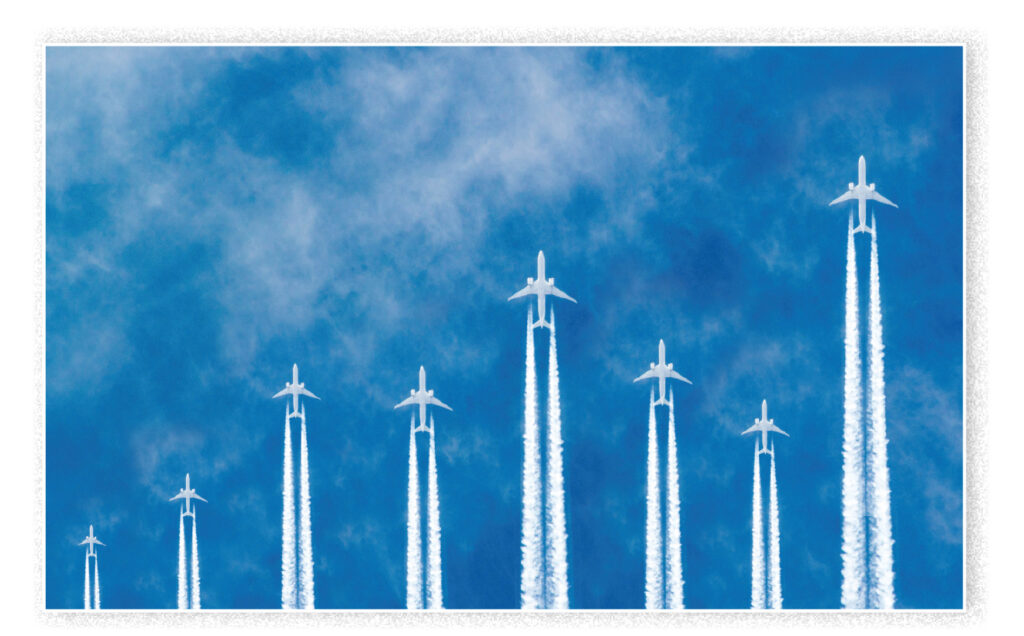 Hop-On Service
Also among new industry trends is the rise of jet service from small carriers, which is led by companies such as JSX Airlines and United Express, which operate scheduled charter service.

“United Express flies as a 70-plus-seat regular jet, which they call it hop-on jet service,” said Jeff Moffet, senior economist at Western Peak Enterprises. “They do their own security, so it enables the customers to bypass the TSA lines at the major airports and it has the look and feel or a charter.”

“These types of services are popping up more often. It’s a trend for small regional airports,” said Moffet, adding that some regional airports “almost have the feel a train station in the 1880s, especially in smaller towns.”

And they allow passengers to make easier connections to New Orleans, Austin, Boulder and other markets that have similar accommodations. Also, JSX will soon start flying from Love Field, in Dallas, the home of Southwest Airlines.

While JSX has been a pioneer in the scheduled charter services, there are similar services, such as Aero, Advanced Air and Wildcat Touring among others that operate outside of TSA facilities.

Coast Cities
All told, Bill Tomcich, managing partner at Edwards, Colo.-based AirPlanners.net, felt that the sector of aviation industry that has been the hardest is the regional airports. “What’s happening is that newly-trained pilots who would have been earning their stripes with smaller airlines at regional airports are being moved up more quickly.”

As for the recovery of international travel, it’s “starting to pick up as well,” said Tomcich. “This summer will be real proof of how much that market is able to expand.” 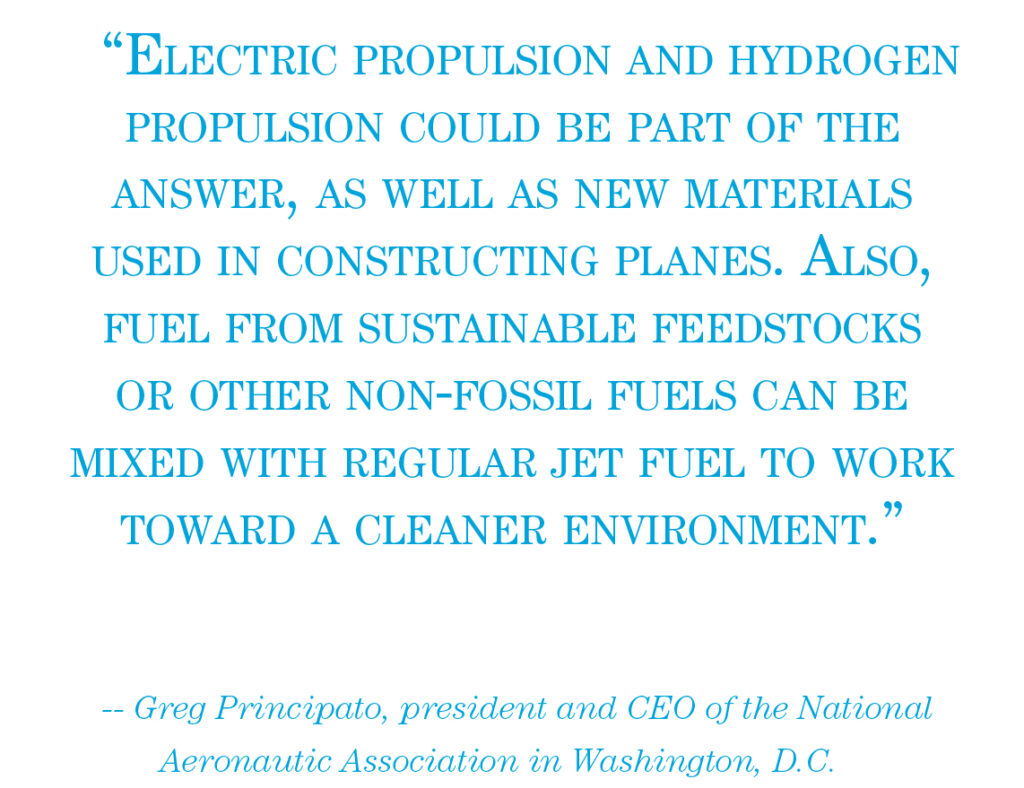 The question today, Tomcich said, is about access to flights. “There are not as many today due to the pilot shortage,” he said. “It’s hard to say how many more flights would be in demand if there were no problems.”

There is not likely to be any significant relief of the pilot shortages, he said, until late 2023. He also pointed out the high costs of fuel, which is making some aircraft uneconomical to operate, particularly the smaller gauge aircraft such as the 50-seaters like the Bombardier CRJ-200 and Embraer-E145.

Other Approach
As noted, the dearth of pilots didn’t happen overnight. “It arose due to longstanding issues concerning the cost of education and the pay scales that were available to new pilots,” said Zachary Adams, president of the Port Saint Lucie, Fl.-based Aviation Consultants Group.

“Many talented individuals were dissuaded from entering the industry and opted for other careers where they could more easily avoid coming into the industry with a $100,000 in debt and starting pay less than a school teacher,” said Adams.

Like Willinger, he also feels that a good part of what compounded the problem of attracting talent was the reaction of authorities after the Colgan/Buffalo crash. Adams also pointed to the safety conscious European Regulatory Agency (EASA), which takes “a much different approach designed to get career commercial pilots into the sophisticated airline cockpit through focused training, rather than demanding that they bore holes in the sky in light airplanes.”

“While I absolutely do not advocate reducing the experience required for the pilots in command (captains), I assert that a 500-hour pilot in a well-focused training environment will be the best possible flight crew member. For decades, the airlines were able to hire and mold the new hire pilots.

“Previously, newly-hired pilots were considered with fewer hours by the commercial airlines to fly as co-pilot or second-in-command,” he said, calling that system “among the World’s safest.”

In-House Training
Adams went on to note a move “by members of the airline community to press Congress to reevaluate this mandate, since it has not necessarily produced better pilots, but perhaps pilots who are being trained to a result, rather than a standard,” he said. “The burden on the airlines is substantial. Enhanced duty and rest rules, retirements, attrition for a variety of reasons have not eased the staffing challenges.”

Another area where he feels Congress and the FAA could at least temporarily mitigate the shortage would be relief from the age 65 mandatory retirement, which it has been the law since 2008. At that time, the mandatory retirement age was raised from 60 to 65.

“Since the mandatory retirement age was raised, the industry has seen no increase in risk or associated incidents. It would be helpful for Congress and the FAA to consider, without delay, raising this age to 67 or even to 70 – as long as the airmen in question maintain a first-class flight physical,” said Adams. 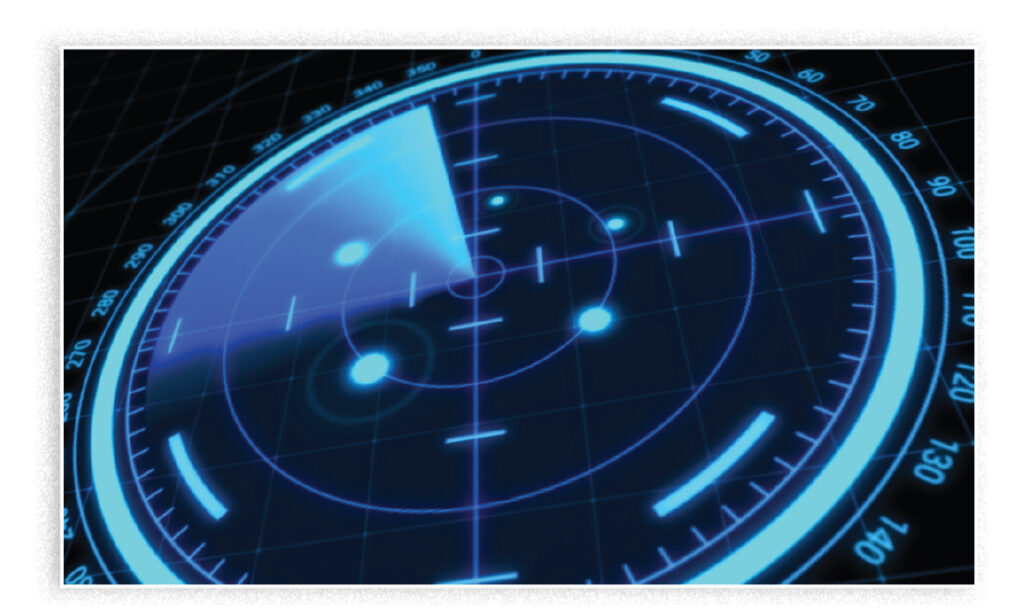 Another trend is several of major airlines owning their training academies. “When these are in association with an accredited university aviation program, the total hour required may be reduced,” he said. “Military-trained pilots are eligible with as little as 750 hours. The airlines are working to develop programs to ensure an adequate supply for the safest possible system, as well as one that will attract the best, brightest and most talented aviators.”

That’s one among what Adams considers “numerous ways” that concerns of an aging pilot community could be mitigated. “We could also consider setting up long haul crews with three or more pilots. If only one was older than 65, any perception or concern should be quickly mitigated,” he said.

Shift Culture
Greg Principato, president and CEO of the National Aeronautic Association in Washington, D.C., took a more expansive view of the workforce shortage, citing the FAA’s identification of 53 job categories in eight career fields that need a larger pool of candidates for mechanics, air traffic controllers, “the people who design planes and their interiors, various jobs in airports,” etc.

One way to work toward that goal, according to the Women in Aviation Advisory Board per the aforementioned FAA report, is to change the culture.

“There are not enough people entering the pipeline,” said Principato, “but we can dig deeper. You have to cast your net across the entire pool. Today, only about seven percent of pilots and three percent of mechanics are women. Also underrepresented is the minority population. Young people need to see people who look like them in various jobs to pique their interest.”

Other issues include sustainability, “which the public is insisting on, and financing infrastructure. Fewer emissions and less noise, are the keys,” he said. “Electric propulsion and hydrogen propulsion could be part of the answer, as well as new materials used in constructing planes. Also, fuel from sustainable feedstocks or other non-fossil fuels can be mixed with regular jet fuel to work toward a cleaner environment.”

As for the infrastructure, he said, “It needs to be expanded and some rebuilt,” he said. “However, the U.S. government doesn’t have the money to invest in it and the old ways of financing aviation facilities don’t work anymore.”

Why? “An airport used to be four walls and a ceiling. Not anymore,” Principato said. “Security and technology are now key elements of aviation structures, and travelers have different expectations for concessions. They also need rooms where a mother can nurse a child or a service dog can relieve itself.” 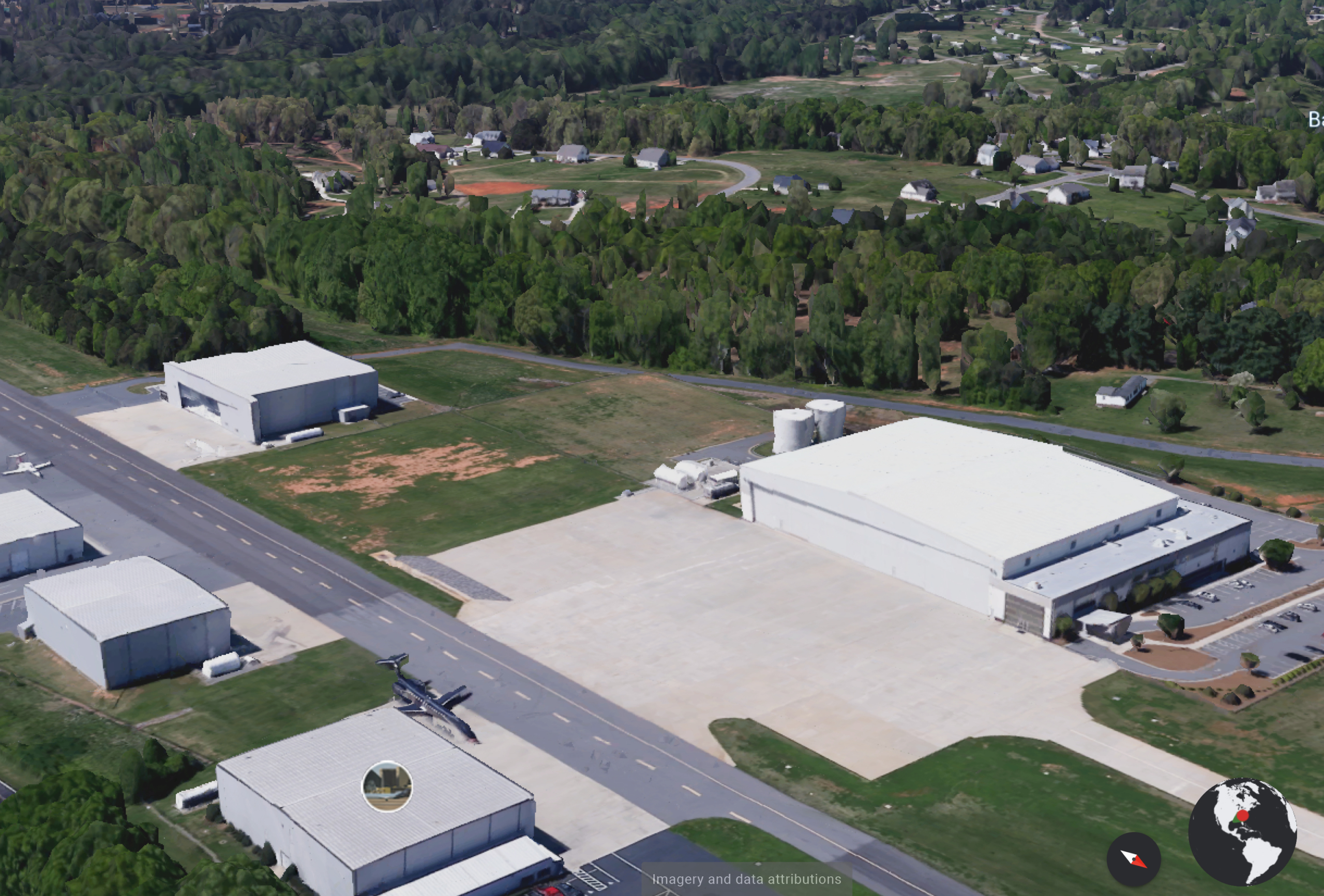 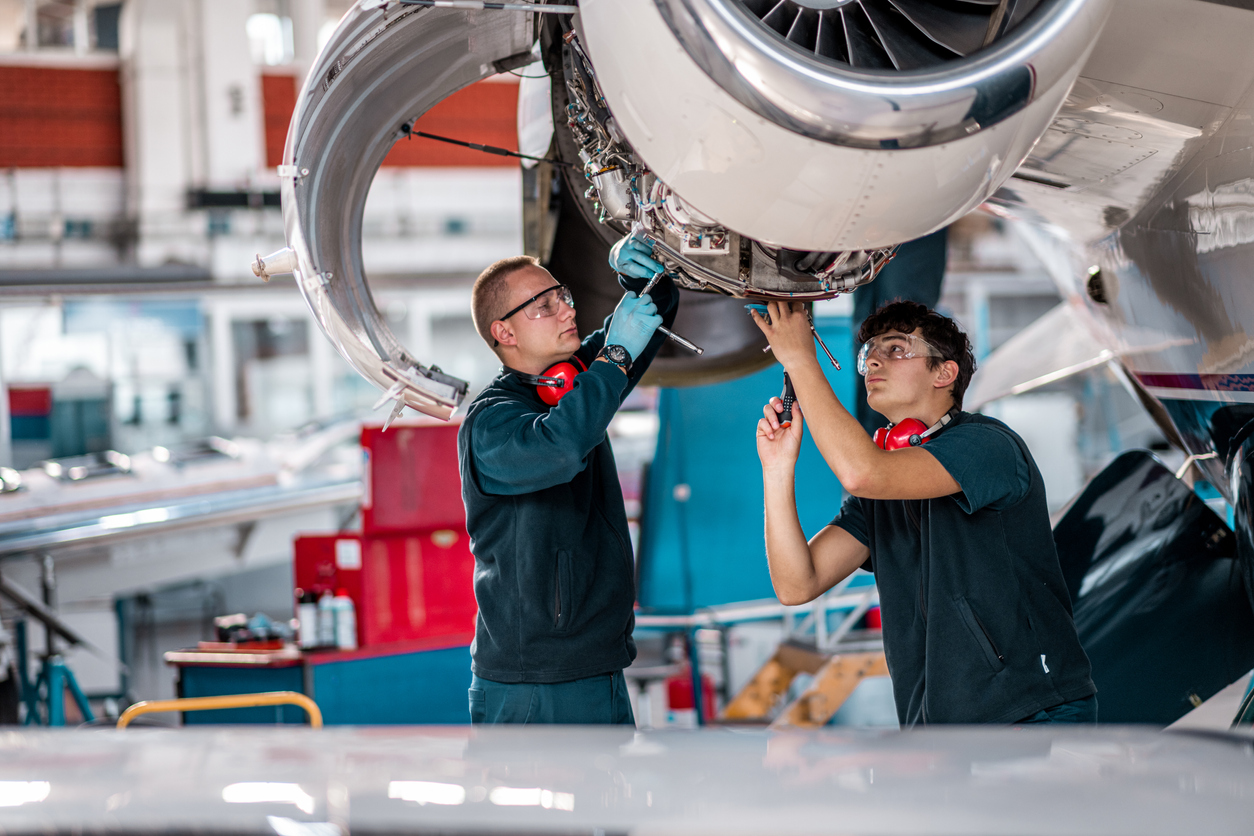