Take a Shot at Supporting the Distilling Industry
Monday, September 21 2015 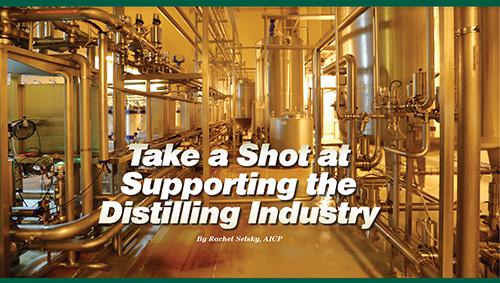 Following in the wake of the growing popularity of the craft wine and beer industries, spirits are the latest adult beverage to see increased interest by small, local producers looking to create unique products for a niche market. The surge in demand for locally produced alcohol aligns with the recent increase in demand for artisanal goods, the local foods movements, and the growing interest of consumers’ in where and how their food and drinks are made.

The recent uptick in the number of craft distilleries in the United States has created unique opportunities for communities and economic developers looking to support this industry. The increase in distilling also impacts other regional economic engines, such as the agriculture, bottling, transportation, and hospitality industries, among others. The following article outlines the history of the distilling industry, including recent trends, two case studies, workforce considerations, and some information for economic developers looking to help encourage economic activity related to distilling.

History of Distilling Industry
Following the period of prohibition in the United States between 1920 and 1933, the distilling industry has been dominated by a small number of large companies. Recently, the industry has become even more consolidated as most of the big global liquor brands have been absorbed by four major distillers – Diageo, Pernod, Suntory, and Brown-Forman.1 These global companies represent many of the most common brands in the liquor industry, including Johnnie Walker, Crown Royal, Smirnoff and Tanqueray. However growing interest in locally sourced, artisanal products among consumers has created an opportunity for distillers to produce small batch, premium spirits that feature unique and local ingredients.

This shift in consumer preferences has led to the rapid increase in the number of craft distilleries in the United States, growing from 24 in 2000 to 580 in 2014. This growth has led to an increase in economic activity including new jobs and wages in the industry. Since 2011, the number of employees in the distilling industry has grown by nearly 37 percent, from 6,931 in 2011 to 9,479 in 2014.

So what can communities do to encourage the growth of the distilling industry? The following are two case studies demonstrating how states are developing programs and improving regulations to support the distilling industry while also benefitting other support industries such as agriculture in New York State and tourism in Kentucky.

New York State
New York State (NYS) has recognized the potential economic benefit of supporting craft wineries, breweries, and distilleries and has worked to develop legislation to support these industries and remove regulations and restrictions that can be barriers to growth. In 2007, the state created the Farm Distillery license, which was modeled on the earlier Farm Winery license. Since then, the regulations for distilleries and other craft beverage manufacturers have been updated under the 2014 Craft Act to further eliminate barriers to growth in the industry.

The goal of the Farm Distillery license and subsequent legislation was not only to make operating a distillery more viable but also to enhance the economic benefits of craft distilleries for support industries in New York, particularly the agricultural industry. For the distilling industry, this means that in order to be considered a New York State Farm Distiller, at least 75 percent of the product’s inputs must be grown in NYS.2 To entice distillers to select a “Farm License” over other types of liquor production licenses available in the state, New York offers the license at a discounted rate. The license also allows distillers to offer product samples and cocktails for consumption onsite and to conduct tastings at farmers markets and other events, enabling distillers to increase their marketing efforts and diversity their revenues.3 These privileges are not available to distillers operating under other types of New York State distilling licenses. Since 2007, New York has issued 71 Farm Distillery licenses. 40 of those distillers are operating with several others in development. Combined, farm distillers in the state account for 200 direct jobs. By requiring Farm Distillers to purchase 75 percent of agricultural inputs from New York farms, the Farm Distillery license has also led to the purchasing of over 1,000 tons of New York State grain by distillers since 2007, supporting local farmers and contributing to the creation of more on-farm jobs.4

Kentucky
With a history in distilling dating back to the 1700s, Kentucky continues to be responsible for aging approximately 95 percent of all the bourbon in the world and the vast majority of that is shipped outside of the state.5 Not only does Kentucky benefit from the jobs and tax revenue associated with the production of bourbon, which is reportedly responsible for 9,000 jobs and more than $125 million in tax revenue each year for the state, but also from the tourism that is generated by the Bourbon Trail. Since 1999 Kentucky has been building on its reputation for bourbon and has since attracted visitors from all 50 states and 25 different countries, with nearly 2.5 million visitors in the last five years.6

The tourism aspect is interesting as it can add a second layer to the benefits derived from the distilling industry. Kentucky’s Bourbon Trail has been designed to encourage visitors to visit multiple distilleries throughout the state through the use of a “passport” promotion that keeps track of which distilleries have been visited and offers a t-shirt to those who complete the whole Trail. The Trail also provides a calendar of distilling-related events for visitors, transportation between distilleries, and other services that help support the industry and tourists. The Kentucky Bourbon Trail follows the same model as the wine trails that have been popular and successful in other parts of the country.

Workforce
There have been a number of training programs and workshops established to support the development of the U.S. craft distilling industry. Previously people who were interested in education about the industry had to travel to the UK or Canada but more distillers and professional organizations are offering courses on the science of alcohol production, basics of craft distilling operations, and even some of the more advanced skills necessary. Some institutions that offer courses include Cornell University, Wisconsin’s Ethanol Technology Institute, Michigan State University, and Missouri State University. The craft distillers are also offering their own workshops and courses in distilling and other aspects of the industry.

Beyond managing and operating the business of distilling, some of the top occupations (by number of jobs in 2014) required for the distilling industry include (Source: EMSI):

Just as breweries have become a tool of many economic and community developers to spur development in downtown and industrial areas, distilleries have similar potential. Here are some ways that economic developers can encourage the growth of the distilling industry and the supply chain:

Capital investment assistance. Depending on the size and nature of the distillery there can be significant upfront costs in purchasing equipment and inputs. Economic development officials with access to financing tools can assist by offering funding to those going into the distilling industry with preference for those that are locating within targeted industrial neighborhoods.

Assist with understanding regulations. As with any alcohol related industry (and most other industries as well) there are particular regulations that guide development, sale, purchases, etc. that can be confusing and restrictive. Local officials can help the new and existing distilling business owners navigate this difficult terrain and find ways to be successful under current regulations while also working to lobby for changes to benefit the industry.

Provide incentives for local inputs. Work to encourage the use of local inputs so that the distilling industry benefits the larger economy such as local agriculture, glass/bottling manufacturers, shipping/transportation, etc. The multiplier effect will be larger and allow for more wealth to stay in the local economy.

Align regulations with industry growth. Ensuring that the regulations that govern the distilling industry are in line with support the industries is key to economic development. For example, allowing distilleries to have tours, gift shops, sampling, and also serve food/drink provides auxiliary revenue for the distillery throughout the year.

Bibliography
Coomes, Ph.d, P., & Kornstein, B. (2012). The Economic and Fiscal Impacts of the Distilling Industry in Kentucky. Retrieved from http://usi.louisville.edu/wp-content/uploads/2014/12/KDA-Economic-Impact.pdf

Felten, E. (2014, July 28). Your 'Craft' Rye Whiskey is Probably From a Factory Distillery in Indiana. The Daily Beast. Retrieved from http://www.thedailybeast.com/articles/2014/07/28/your-craft-whiskey-is-probably-from-a-factory-distillery-in-indiana.html

Bio: Rachel Selsky has been working in the field of economic development for six years with a particular focus on strategic planning, industry analysis and impact studies. Currently, Rachel is a Senior Economic Development Specialist at Camoin Associates, an economic development firm based in Saratoga Springs, NY. At Camoin Associates, Rachel is project manager on a wide variety projects including the completion of community and economic development strategic plans, market analyses, meeting facilitation and community consensus building, tax credit program administration and technical assistance, grant writing/administration, and community consolidation studies.

Prior to working for Camoin Associates Rachel attended the University at Albany and received a Masters Degree in Urban and Regional Planning. In addition to a Masters degree, Rachel is certified through the American Planning Association, the National Charrette Institute, and is working towards receiving certification through the International Economic Development Council.

Rachel's background also includes facilities planning for the New York State Department of Corrections as well as work with the Planning Bureau of the New York State Office of Parks, Recreation and Historic Preservation. Rachel also holds a Bachelor of Arts in Urban Studies and Planning from the University at Albany. Rachel is an active member of the Northeastern Economic Developers Association and the Southeastern Vermont Young Professionals organization.

Rachel lives in Brattleboro, Vermont and is Vice President of the Board of Directors for the Youth Services of Windham County non-profit organization, an organization dedicated to helping young kids and families thrive in southeastern Vermont. 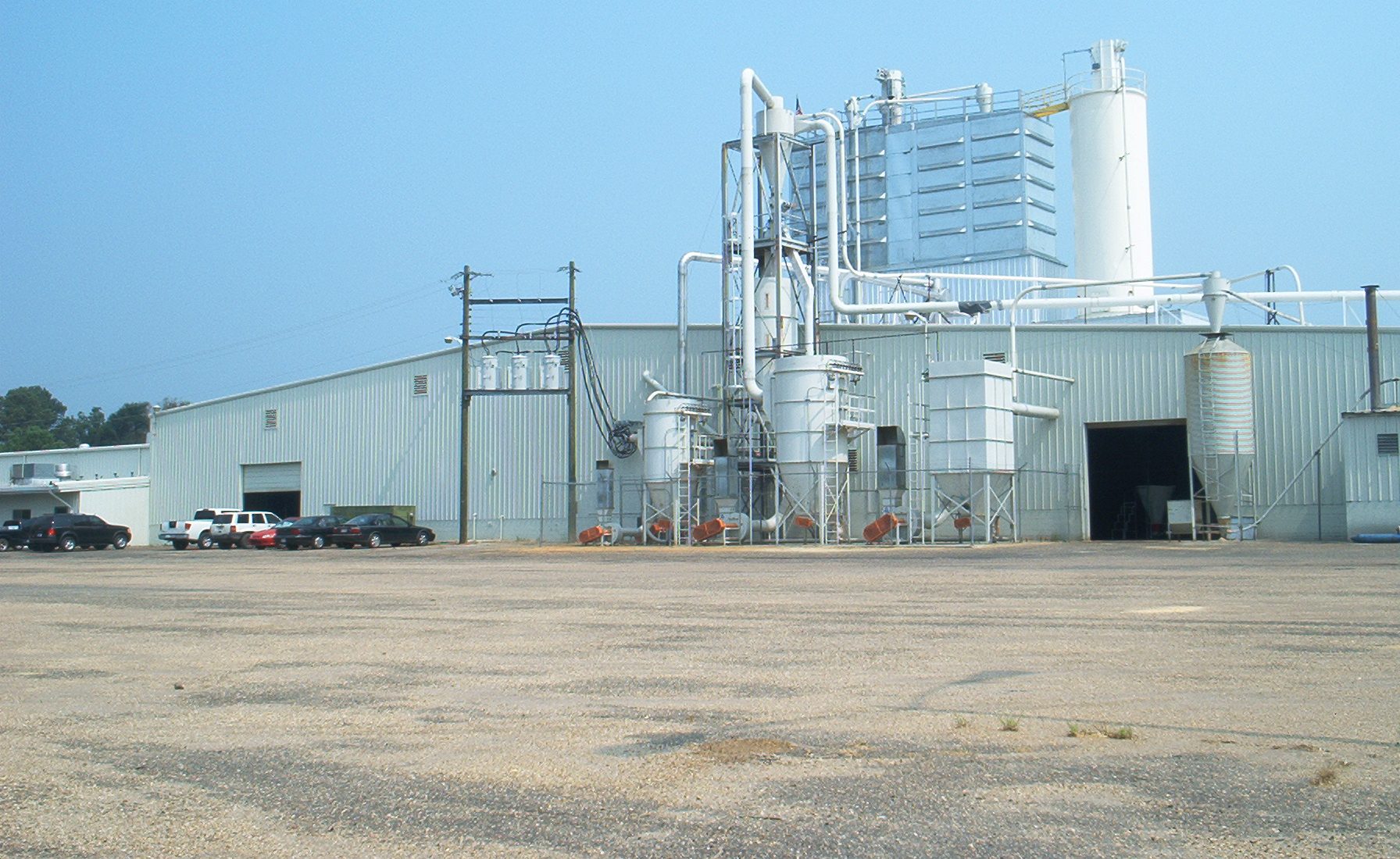 April 27, 2022
Nature’s Earth Products LLC plans to invest over $10.8M in an expansion project in Alabama that will double the manufacturing capacity of its enviro... April 22, 2022
Intelinair, an agbioscience company, announced the grand opening of the company’s new headquarters in Indianapolis, Indiana which will support up to... 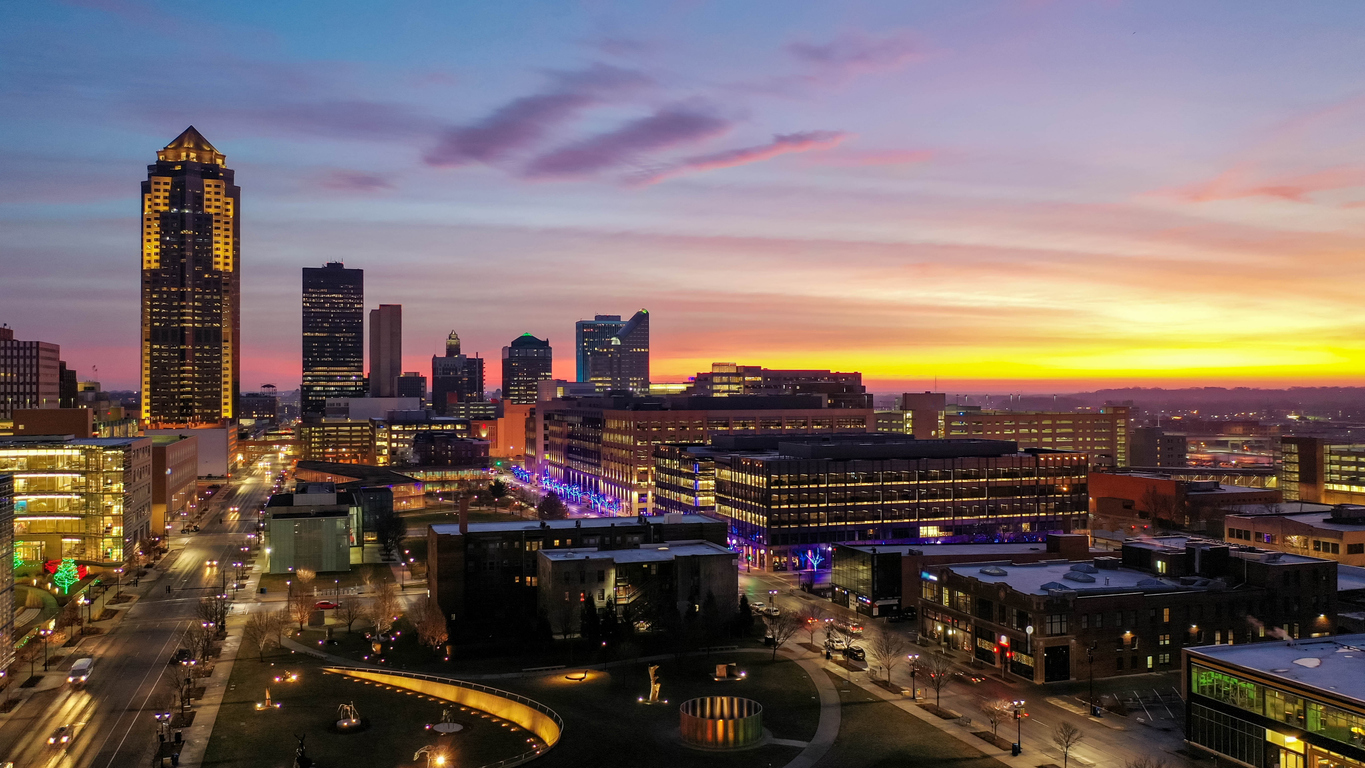 IEDA Board Approves Projects From Four Companies in Iowa

April 22, 2022
The Iowa Economic Development Authority (IEDA) Board approved project awards for four Iowa companies, which will assist in the creation of 75 jobs and... 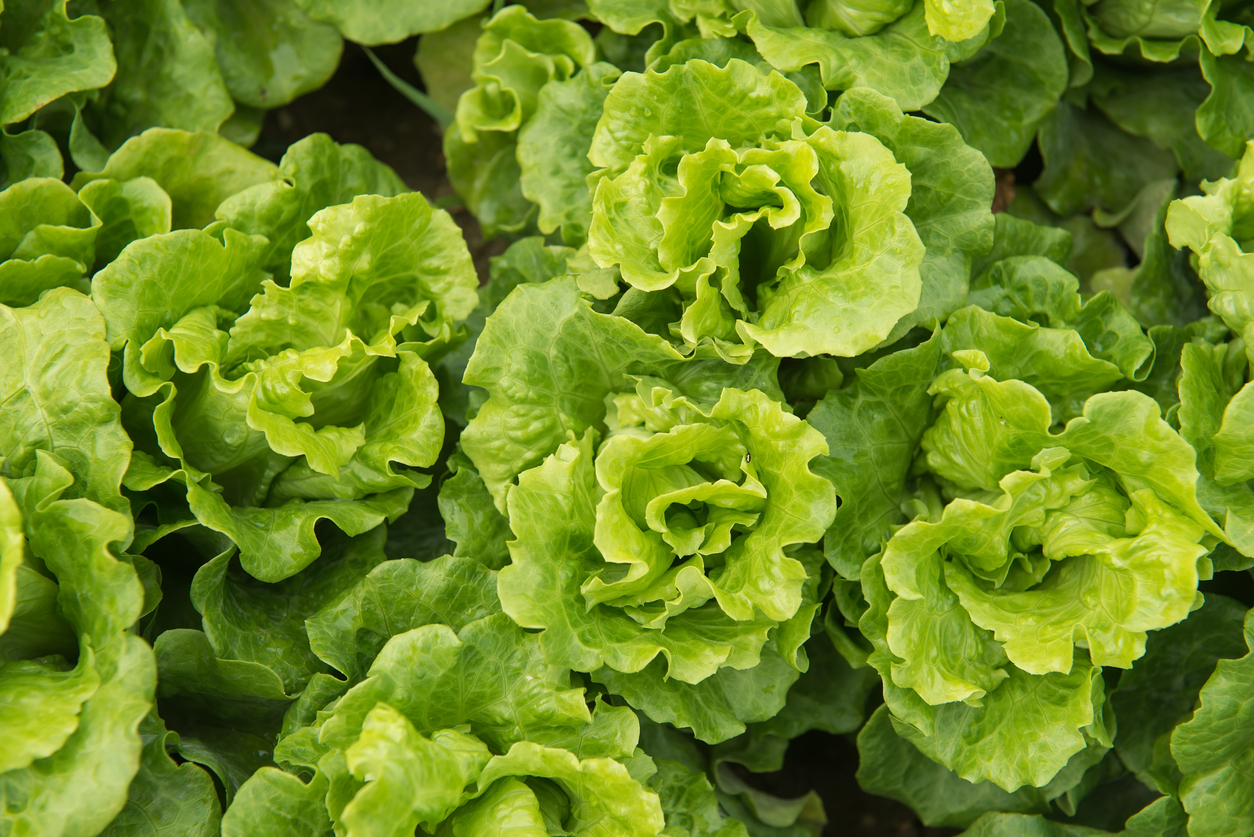