Virginia was founded as a business venture in 1607, representing the first English settlement in North America and a gateway for global enterprise. More than four centuries later, Virginia is ranked by CNBC as America’s Top State for Business in 2021—the first state in the U.S. to earn back-to-back victories and the Commonwealth’s fifth win since the study began in 2007. Virginia’s leadership position can be attributed to a strong economy, stable business environment, and highly educated workforce. The Commonwealth also received top scores for education, infrastructure, and technology and innovation.

Virginia’s pro-business environment is critical to its value proposition. The Commonwealth is one of only 13 states that holds a AAA bond rating from all three ratings agencies, and maintains a six percent corporate income tax—one of the lowest in the nation—that hasn’t increased since 1972. Virginia also boasts the fifth-lowest average commercial electric rate in the United States and building costs that are six percent to 18 percent below the national average, depending on the region.

Virginia offers unparalleled access to national and international markets from its midpoint location on the East Coast. This prime position within a one-day drive of 47 percent of the U.S. population is complemented by the Commonwealth’s extensive transportation infrastructure. Virginia is home to the second-densest interstate system in the Southeast, with 28.3 miles of interstate for every 1,000 square miles of land area. Ten railroads, including CSX Corporation and Norfolk Southern Corporation, operate on the state’s network of more than 3,000 miles of freight railroad mileage. Virginians have access to 16 commercial airports with flights to more than 100 domestic and 50 international destinations, including Washington Dulles International Airport, a gateway that provides non-stop flights to every continent in the world except Antarctica and Australia. 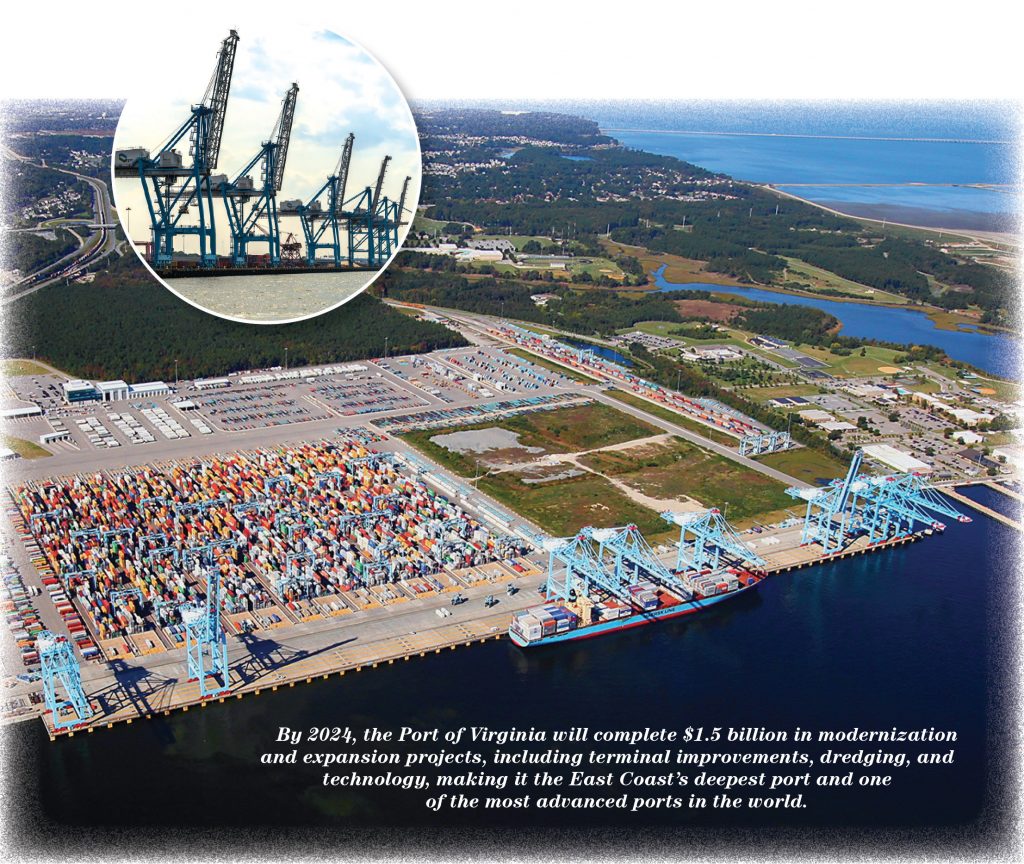 Virginia companies can easily navigate the global marketplace through The Port of Virginia, the third-largest port on the East Coast by total TEUs (twenty-foot equivalent units) and served by every major shipping line, including CMA-CGM, which maintains its U.S. corporate headquarters in Norfolk. As the only East Coast port with authorization for 55-foot channels, the Port boasts deep shipping channels, no height restrictions, and double-stack rail service with two Class 1 railroads – enabling it to regularly service 13,000+ TEU vessels. With over $700 million already invested as part of a $1.5 billion modernization and expansion project, including terminal improvements, dredging, and technology, The Port of Virginia is on track to create the deepest, widest, and safest commercial shipping channels and harbor on the East Coast by late 2024.

Connectivity is key to Virginia’s position as a choice location for international businesses, and more than 880 firms from over 40 countries call the Commonwealth home. These companies hold over $52 billion in assets across the Commonwealth and demonstrate the wealth of opportunity available to global companies seeking growth in North American markets from Virginia.

CNBC ranked Virginia as the best state for business in large part due to its world-class education system (No. 2) and highly skilled workforce (No. 3). Virginia’s nationally ranked colleges and universities are preparing today’s workforce for tomorrow. The Commonwealth’s higher education system is the tenth largest in the nation by enrollment and includes 23 community colleges with 40 campuses around the Commonwealth. There is a community college within 30 miles of every Virginian, providing businesses direct and sustained access to highly skilled talent. The Commonwealth’s workforce successfully supports the state’s substantial industrial base and represents one of the most productive and educated demographics in the U.S. Nearly 40 percent of Virginia’s population has a bachelor’s degree or higher, making the Commonwealth the sixth-most educated state in the country (and first in the South).

Virginia is committed to building the talent pipeline to meet companies’ needs in every region of the Commonwealth. Virginia maintains a robust workforce development system and is pushing new boundaries in the development of 21st-century talent through its innovative workforce solutions. In 2019, the Virginia Economic Development Partnership launched the Virginia Talent Accelerator Program, a world-class, turnkey, custom workforce recruitment and training incentive program executed in collaboration with the Virginia Community College System, with funding support from the Governor’s administration and the Virginia General Assembly. The program accelerates new facility start-ups through the direct delivery of recruitment and training services that are fully customized to a company’s unique products, processes, equipment, standards, and culture. All Virginia Talent Accelerator Program services are provided at no cost to qualified new and expanding companies as an incentive for job creation.

The Virginia Talent Accelerator Program is catalyzing additional investment in the Commonwealth from both new and expanding global companies across varying industries, and Business Facilities recently named the Virginia Talent Accelerator Program the second-best state workforce development program in the nation, just two years after the program launched.

Virginia boasts the highest concentration of tech industry workers in the U.S. To strengthen the industry talent pipeline across the Commonwealth, Virginia is making performance-based investments in public higher education institutions statewide. Through its historic, innovative Tech Talent Investment Program, the Commonwealth of Virginia, donors, and corporate partners are investing more than $2 billion to expand Virginia’s tech talent pipeline, doubling the number of graduates each year in computer science and closely related fields, ultimately resulting in 32,000 additional graduates over the next two decades in excess of current levels. Additionally, Virginia higher education institutions already produce roughly 12,000 tech-related degrees and certificates annually in areas ranging from computer science to modeling and simulation. Fourteen Virginia universities will share state funding over the next two decades for the expansion of their degree programs and construction of new facilities, fueling the growth of the Commonwealth’s robust tech sector.

Virginia continues to build on its centuries-old legacy of innovation, always adapting and prospering in a global economy. The addition of these programs to Virginia’s workforce development capabilities further enhances the Commonwealth’s competitiveness, while continued collaboration among state, regional, and local partners around both industry-wide and company-specific workforce needs will ensure a talent pipeline that is prepared for the technologies and industries of the future. 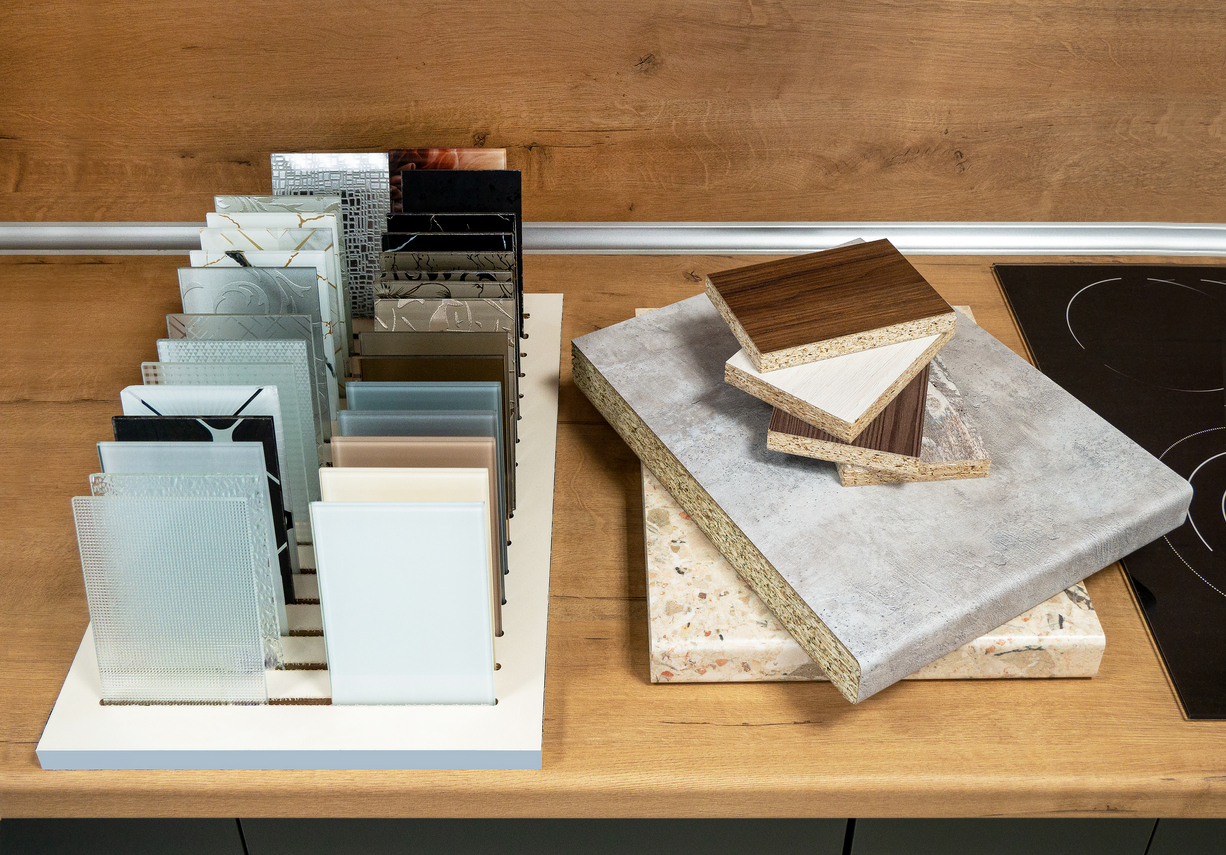 November 17, 2022
ARDX®, a government healthcare management and technology consulting ﬁrm, will invest $2.4M to relocate and expand in the City of Norfolk. ARDX will...