While Montana has long been known for its scenic beauty, rugged landscape and its history of extractive industries and productive agriculture, the Montana story has quickly evolved to include new and expanding industries that are accelerating the state’s innovation economy and leveraging the entrepreneurial spirit that will define Montana’s future. With the fifth-best business tax climate in the nation, the state is seeing a rapid influx of businesses from the coasts, as well as home-grown ventures. Montana has indeed been discovered, and businesses in the state are enjoying substantial economic and quality of life advantages over their rivals.

Montana’s flourishing high-tech sector has been growing rapidly and that pace is accelerating – now expanding nine times faster than the statewide economy, and generating $1.7 billion in revenues. High-tech firms have experienced 18 percent overall growth in the past year, and pay on average more than twice Montana’s median income. While many of these firms are homegrown, the number of tech sector companies relocating to Montana is also expanding as these firms seek a high quality of life for their employees and a soft landing for growing their business.

These high-tech jobs are spread throughout the state, and encompass a wide range of technologies and services. The sector includes over 40 companies in the photonics and optics industry – making Montana one of the largest clusters in the world for companies in this industry. Montana is also becoming a FinTech mecca, with firms like Zoot Enterprises, SoFi, and Figure finding Montana the perfect launchpad for their innovative offerings that are reshaping the way banking, borrowing and lending are done on a global scale. A significant advantage these Montana companies have on their Silicon Valley competition is their employee retention rate, which exceeds 75 percent over the lifetime of the company, whereas Silicon Valley employees typically stay only 13 months. Many firms are fueled by in-state angel and venture capital, the availability of which has increased over 40-fold in the past several years.

Montana’s manufacturing sector is also experiencing a renaissance, as Montanans are increasingly returning to their roots as makers and innovators. Manufacturing employment is growing at a rapid pace, over 18 percent in the past six years, well above the seven percent increase seen nationwide. Montana is now the fastest-growing state for manufacturing GDP in the nation, and is building on this success in every sector. Refineries, metal fabricators and food processors have been joined by advanced manufacturing in aerospace, optics, and precision industrial equipment to provide a robust and diverse manufacturing ecosystem and economy.

Underpinning the success in every industry in Montana is the exceptional quality of life and access to the outdoors that Montana provides. In fact, Montanans have the highest outdoor recreation participation rate in the nation. When surveyed, Montana companies indicate they strongly believe that work/life balance, recreational opportunities, and the beauty of the landscape provide them with significant business advantages. Montana’s outdoor recreation economy now employs over 71,000 people in the state and accounts for over $7.1 billion dollars in consumer spending – making it the second-largest sector of Montana’s economy. Montana is now home to hundreds of companies that design, develop, test and manufacture the finest outdoor gear in the world and their numbers are growing daily.

Being located directly between Yellowstone Park and Glacier Park has its advantages when it comes to tourism, and Montana is leveraging this advantage as it defines itself as a place to live, work, start a business, and raise a family. Montana continues to leverage its National Parks and also to diversify its tourism economy in every corner of the state, from tribal and agricultural tourism to music and cultural festivals that draw people into the state to share the Montana story and experience. Expanding direct flight markets has also been a priority for the state. That effort is paying dividends in both business growth and tourism.

Montana has an increasing number of purpose-built industrial parks developed to provide a confluence for manufacturing, trade, transportation and access to reliable, competitive energy. Additional designations such as Foreign Trade Zones, Opportunity Zones and Tax Increment Financing Districts often allow these ports to capitalize on multimodal transloading, warehousing and light industrial zoning to achieve efficient operations and strong economies of scale for their customers. The Port of Montana in Silver Bow County and NorthWestern Energy, a regulated electricity utility offering generation, transmission and distribution, are two examples of partners who are integral to attracting and retaining industrial and manufacturing businesses.

Montana’s agriculture producers have a global reputation for quality, reliability and innovation that has seen their industry become the #1 producer of ‘pulse’ crops in the nation – which includes peas, lentils, chickpeas and dried beans. Montana is also the #2 producer of barley in the nation, with an increased focus on adding value to this major crop by providing custom barley malting operations for domestic and international beer brewing companies. With over $4.3 billion in annual agricultural production, this industry is a powerhouse for Montana, and a growing opportunity to add value, export, and innovate products that already have global markets and demand.

The success of every Montana business can be traced back to the exceptionally talented, creative and loyal workforce you will find in every corner of the state. Montana has consistently ranked within the top four states for business startup activity – a great indicator of the entrepreneurial spirit on the Montana worker. The state added nearly 3,000 new businesses last year, and nearly 45,000 Montanans are employed by businesses created in the last five years. Montana reported the fourth-fastest wage growth in the nation last year – with wage gains across every region of the state. The state also has the highest rate of household business ownership in the nation – a great indicator of the creative and entrepreneurial spirit that drives industry and the economy.

The story that’s being told both within and beyond Montana’s borders is that it is an exceptional place to grow a business, hire a productive and loyal workforce, and find the wide-open spaces that restore the spirit and inspire greatness in ourselves, our businesses and our communities. 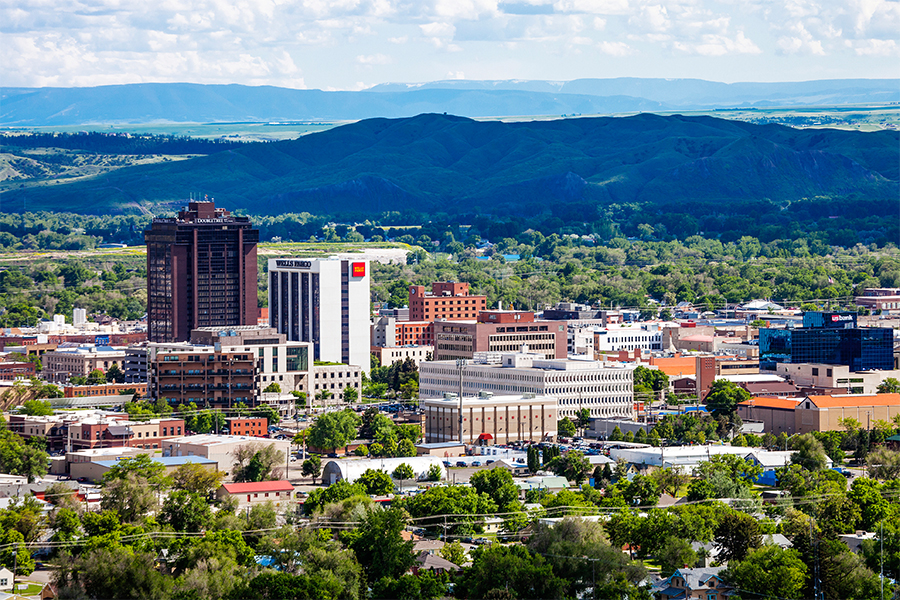 Montana – Where Ideas Grow into Opportunities

December 8, 2020
Montana’s spectacular unspoiled nature and unparalleled access to public lands make for a one-of-a-kind backdrop to build and grow a business. Monta... 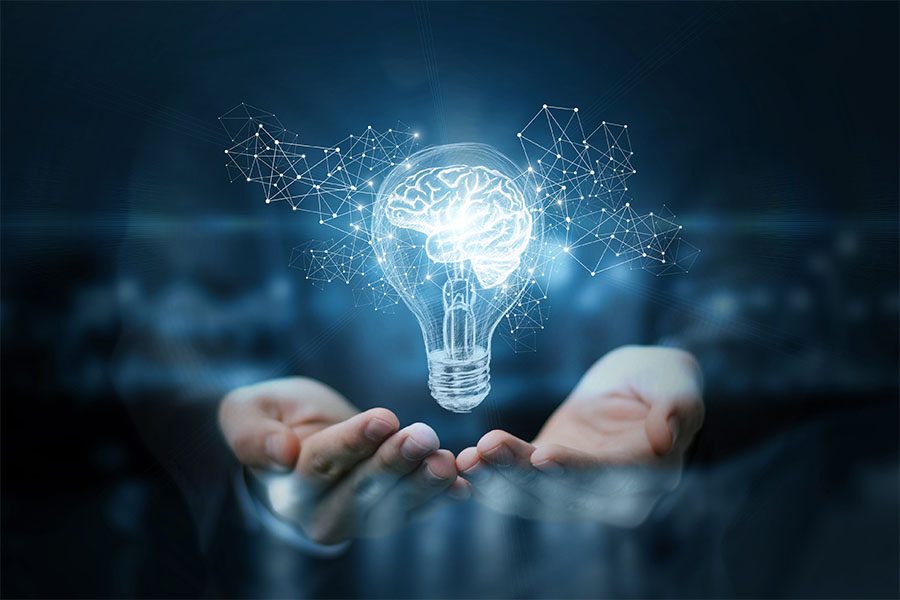 The Secret is Out – Montana Has Been Discovered

November 19, 2018
While Montana has long been known for its scenic beauty, rugged landscape and its history of extractive industries and productive agriculture, the Mon... 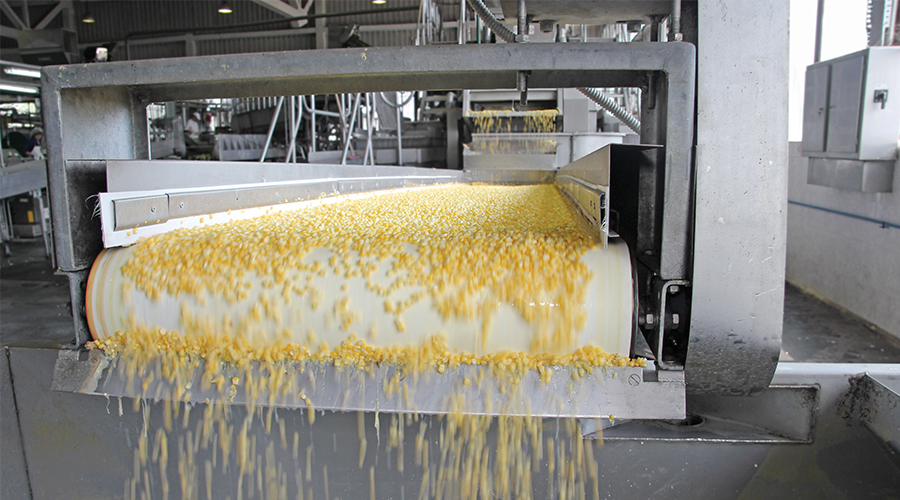 June 13, 2018
National cost comparison survey finds food processors can save up to 25% in Great Falls due to proximity to raw materials, low costs and transportatio...