As far as economic buzz words go, few rival the boundlessness of “High Technology.” Since the New York Times first invoked the term in 1958, those two words have captured the elusive mysteries of science and retained that meaning even as progress turned those mysteries into the mundane. To this day, “High Tech” remains a phrase that conjures dreams of hover boards and talking robots, of flying cars and impossible futures. But what does it really mean? More importantly, what does it mean for today’s economy?

The potential answers to that question are as boundless as the phrase itself. The modern realm of High Tech touches on a diversity of fields, from life-saving medical technology to escapist virtual entertainment and everything in between. What those varied fields do have in common is that they’ve all been immensely important to the country’s economic growth over the past several decades, and will continue to play a significant role for the foreseeable future.

It’s hard to overstate how important cutting-edge technology is to the U.S. economy. According to the Bureau of Labor Statistics, High Tech industries employed roughly 17 million workers in 2014, or 12 percent of total work force. That’s certainly nothing to shake a stick at. What’s truly impressive, however, is how that 12 percent accounted for nearly 23 percent of total economic output. In other words, the average worker in the tech sector was more than twice as productive as their non-tech counterparts. These trends aren’t changing any time soon, either. By 2024, the BLS anticipates that High Tech employment will have grown by 691,000 and productivity by $2.4 trillion.

The Future of Mundanity
So what are some of the fields in which innovators are pushing the envelope of human achievement? As we’ve written about previously, many promising advances have come in the sphere of medical devices. And the technology underlying these feats truly is astounding. From rapid DNA analysis to mind-controlled prosthetics, medical device researchers and engineers are making science-fiction reality and improving countless lives in the process. What’s more, since the government projects health spending will account for a full one-fifth of GDP by 2022, it’s likely this will continue to be an important focal point for R&D efforts.

But as important and encouraging as this progress has been, it represents only the tip of the iceberg that is contemporary High Tech. Many advances have also come in the areas of clean energy, transportation, and, of course, entertainment. Digital recreation has come a long way from the days of Atari and Donkey Kong. And while there are many ways improved technology has brought the entertainment industry to new highs, perhaps none have been as hyped, or as scrutinized, as virtual reality.

Virtual reality has been talked about for decades, but the resurgent curiosity in the concept rests largely on the shoulders of a single firm: Oculus VR. Founded in June 2012 and boosted by a wildly successful Kickstarter campaign later that year, Oculus was then bought by Facebook for $2 billion in 2014. Alas, it’s still too early to tell if the move will pay off for Zuckerberg and Co. Despite the fanfare surrounding its March 2016 release, the company’s trademark “Rift” headset has also received a fair amount of criticism in the subsequent months, especially in regards to its hefty price tag.

With that said, the Oculus VR has undoubtedly inspired a renaissance of sorts around immersive media technology. The public’s unprecedented interest in the concept and the multiple competitors that have joined the fray—HTC, Samsung, and do-it-yourself cardboard kits, among others—all indicate that VR may become as prevalent as broadband and HD televisions in the coming years.

There’s no doubt that the prospect of virtual reality is cool. As quirky and intriguing as VR headsets are, though, the potential impact of such innovations pales in comparison to progress being made on heavier issues. Like power, for instance. The recent political and social emphasis on climate policy has brought energy production to the forefront of the High Tech world. Physicists, chemists, and engineers across the globe are racing to find a clean, cheap source of power that can finally topple fossil fuels.

Many U.S. STEM professionals are attacking the problem by looking to improve already existing technologies, often to great effect. Researchers at MIT have created solar panels lighter than a soap bubble and New York-based Urban Green Technology has made great strides in the durability and efficiency of small scale, vertical axis wind turbines. These developments, and countless others like them, hold a lot of promise for a renewable energy future. But again, they are not representative of the entire spectrum of progress being made in the field.

Some of the most exciting work is focused on technologies previously viewed as unfeasible, AKA fusion power. A breakthrough in fusion would literally allow us to harness the same forces that drive the sun and generate a near-endless supply of clean energy. Even better, a fusion reactor would avoid the safety pitfalls that plague current fission-based designs. Now it’s important to keep in mind that a practical reactor design is probably still at least a decade off, but great strides have been made.

Credit for the most ambitious claims must go to Lockheed-Martin’s secretive Skunk Works division. Utilizing a hybrid of multiple magnetic-confinement technologies, Lockheed has promised a reactor that can fit in the back of a truck, power 80,000 homes, and consume less 50 pounds of fuel annually, all to be delivered by 2022. The specifics of their design may strain credulity, but they’re not alone in their hopes to make fusion reactions a viable power source. The France-based ITER project has also shown much promise and Germany’s Wendelstein X-7 stellarator has successfully taken the first steps towards sustained fusion reactions, heating plasma to more than 140 million degrees Fahrenheit.

Beyond Silicon Valley
One of the greatest advantages of this technical diversity is its potential to bring economic growth to all parts of the country. Yes, Silicon Valley is still the preeminent technology hub and will likely keep that mantel for a long while, but it is not alone in fostering innovation. In fact, according to CompTIA’s 2015 CyberStates report, California didn’t even make the top five states for tech as a share of the total economy. Those honors instead went to a rather eclectic group: Oregon, Washington, Colorado, Massachusetts, and Arkansas.

The constant churn within the technology sector means industry corridors are always evolving and new ones are blossoming. The Raleigh, NC centered “Research Triangle” has existed for decades, but it has recently gained the attention of tech employers for its comparatively low cost of living and friendly business climate. In addition to hosting campuses for both Cisco and IBM, it is home to numerous other High Tech clusters, including one of the largest Biopharma hubs in the nation.

Not to be outdone by its neighbor to the East, Huntsville, Alabama has also continued to grow into its role as a southern tech capital. Key to this success is its close proximity to both NASA facilities and military proving grounds. Rather than rely solely on federal employment, however, Huntsville successfully leveraged these assets to cultivate its own Cummings Business Park, the second largest research campus in the U.S. and the fourth largest in the world. That’s not bad for a city with less than 200,000 residents.

Huntsville and Raleigh are but two of the nation’s burgeoning tech hubs. Utah’s Silicon Slopes with its software and web ventures, northern Indiana with its advanced manufacturing, New England’s numerous life sciences hot spots, the list is as long as it is diverse. This continued and varied success of U.S. High Tech is good news for consumers, businesses, and governments alike. Unfortunately, the underpinnings of that success are as rapidly shifting as the industry itself. If technological innovation is to remain a driver of the U.S. economy, tech firms, and the nation as a whole, must overcome several challenges.

Kinks in the Tech Pipeline
One of the biggest issues concerning the American High Tech industry is the shortage of an appropriately trained, educated, and—to put it bluntly—talented STEM workforce. The nature of this shortage has been somewhat contested in recent years, with some arguing that it a purely empirical shortage, others contending the issue is instead the quality of U.S. STEM graduates, and yet others stating that the problem is altogether a myth. The hard data is likewise ambiguous and the conclusions drawn depend largely on which metrics are considered important. Despite this uncertainty, the reality remains that industry leaders have persistently cited a lack of appropriate talent as a major concern.

The good news is, of all the conceivable problems that could face the High Tech industry, this is actually a pretty good one to have. It means that firms are continuing to innovate and grow and it carries with it the possibility for thousands of new, well-paying jobs. At the same time, it means, well, a shortage of qualified labor. This shortage hasn’t crippled the industry, but as long as it persists, American tech companies will be unable to live up to their full potential.

The perceived talent gaps are often specific to certain STEM fields, but they span the entire spectrum of education and training. According to the BLS, the greatest deficiencies for bachelor’s and master’s degrees are in computer science related fields: software development, app design, data science, etc. There is also a substantial shortage of the non-college educated machinists and technicians required for modern advanced manufacturing operations. Interestingly, the greatest STEM labor surpluses are found in positions that require PhDs; tenure-track academic positions are notoriously competitive. That doctorate-level labor glut is not universal, though. In fields with strong defense industry implications such as nuclear physics, significant talent shortfalls still exists.

There are many possible ways to address this issue. Women and minorities are historically underrepresented in STEM fields and industry leaders would be wise to broaden their talent pipeline by encouraging diversity within the High Tech world. Another often cited fix would be the politically divisive but statistically appropriate expansion of the H1-B visa program for highly-skilled foreign workers. Increased funding and support for high school and college STEM programs is also a perennial favorite policy makers across the country.

An added challenge facing up-and-coming tech firms is the regulatory environments in which they exist. Technological innovation often outstrips the pace of regulatory overhaul which can create operational frictions, political tensions, and negative consequences for the High Tech industry as a whole. A perfect example of this is the recent, high-profile showdown between ride sharing companies and the City of Austin over background checks. After being defeated in a popular referendum, Uber and Lyft ceased operating within the city limits, a move which prompted Forbes contributor Jared Meyer to declare Austin was no longer a tech capital.

While Mr. Meyer’s assessment is somewhat hyperbolic, the case does illustrate the significant interplay between regulatory agencies and technology firms. The High Tech industry is extremely competitive and regulators need to be accommodating lest they scare off potential start-ups within their jurisdiction. Likewise, it would behoove tech firms to take a more diplomatic approach when raising their concerns with state and local governments.

The Bottom Line
There are a lot of exciting things happening in American High Tech. The constant upward march of innovation and achievement has boosted the economy, increased our international competitiveness, and raised standards of living all across the globe. What’s more, the industry will continue to do so in the immediate future. But fortunes in the tech world are a fickle thing, and the U.S. cannot allow itself to grow complacent. Whether it be modernizing regulatory rule books or promoting a robust talent pipeline, government and industry leaders must strive to ensure a friendly climate for both industry giants and entrepreneurs. After all, if we don’t build the economy of tomorrow, someone else will. 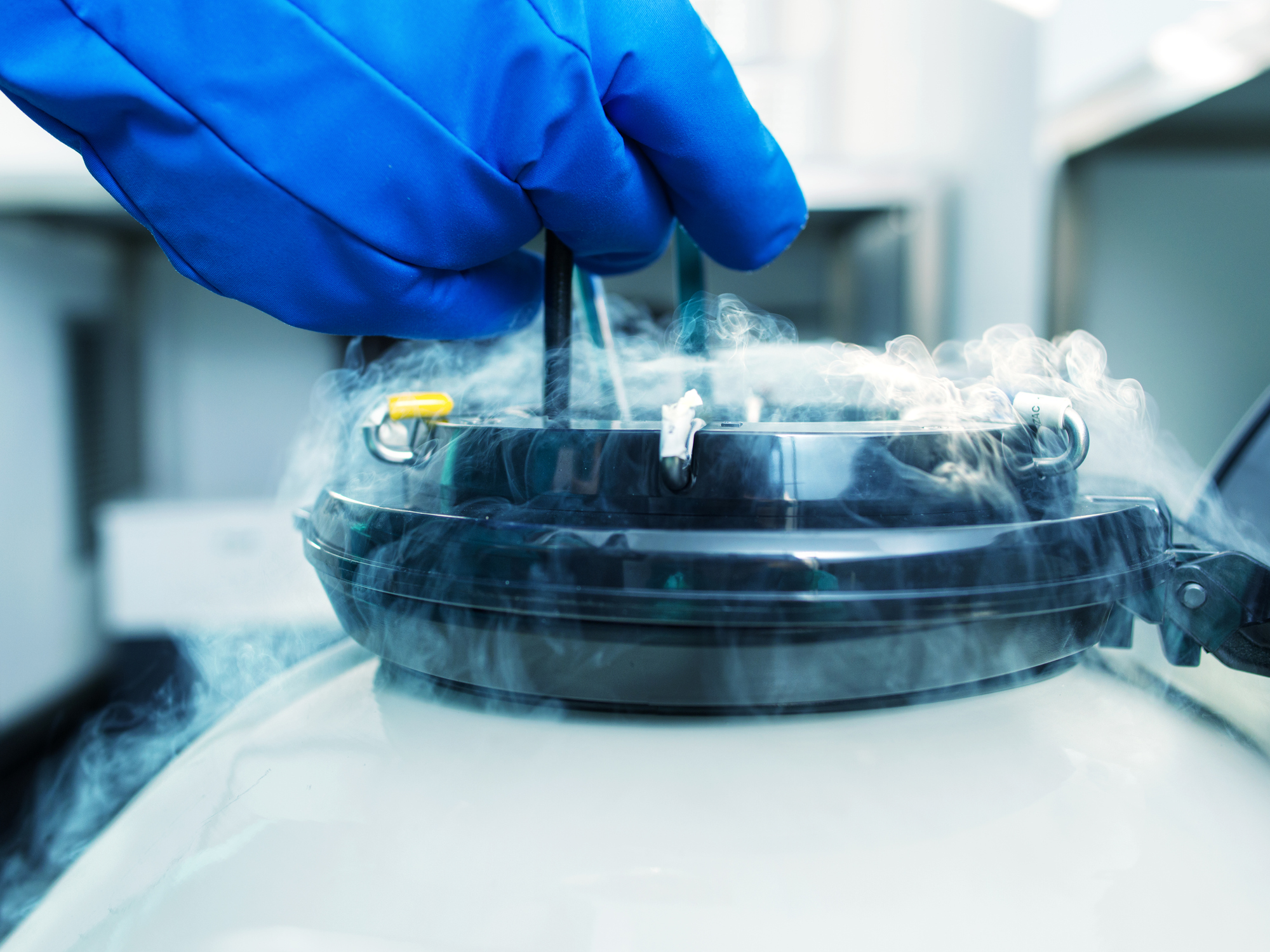