As I have been writing this article, I found myself continually circling back to an issue that is fundamentally impacting site locations for Latin America and the rest of the world—the future of U.S. trade policy.  The reality is that it is somewhat difficult to discuss location trends (particularly as we look forward) because of the general uncertainty about the direction that US trade policy will take. The good news is that the administration and Congressional leadership have backed off protectionist policies such as a blanket 35 percent import tariff for companies that leave the U.S. and establish facilities elsewhere, as well as 20 percent border adjustment tax — similar to a value added tax (VAT). It also seems clear now that the administration will not follow through on an earlier threat to completely withdraw from NAFTA.

The results which will emerge from the renegotiation of NAFTA may signal how the rest of Latin America and the world will be impacted. In July, the United States Trade Representative issued an 18-page document, titled “Summary of Objectives for the NAFTA Renegotiation”. The report set forth more than 100 objectives covering 22 different issue areas related to trade, giving us some insight into what the administration seeks to achieve. I have written about this in other articles—but I suspect that issues surrounding “rules of origin” may have the most significant impact on location decisions as we go forward. “Rules of origin” are the criteria that are used by a particular country (or trade bloc such as North America) to determine the source (country of origin) of a product. Under NAFTA, most manufactured products are required to have at least 60 percent of its total value be a product of Mexico, Canada and/or the United States in order to qualify for duty-free treatment. The challenge here is that there tends to be a wide variation in the practice of sovereign governments with regard to rules of origin. It seems the U.S. negotiators may be seeking to apply a stricter standard for determining what may qualify as “North American” content. The U.S. has also sought to define that upwards of 80 percent of the content must actually be of U.S. value. If stricter rules result from the “new NAFTA”, manufacturers may have to rethink aspects of their global supply chain, especially if duty free treatment under NAFTA is an important part of their strategy. This is particularly true for companies that may be sourcing a significant amount of raw materials and/or component parts from Europe and/or Asia. Stricter application of “rules of origin” could clearly impact future location decisions for manufacturers seeking to serve the North American marketplace.

As a matter of course, Site Selection Group is now looking at various tax/duty scenarios for its clients considering offshore or nearshore locations, in order to cover a wide array of potential U.S. trade policy outcomes. These range from the 35 percent border tax to a 20 percent VAT to an average five percent customs duty if we end up returning to pre-NAFTA practices. For some of our clients with highly labor-intensive manufacturing processes, our analysis shows that even if a 35 percent border tax is implemented, Latin American countries can still be a cost-effective location from which to serve the U.S. market.

Now with all of that as a backdrop, there are some specific countries to watch in Latin America.

There is tremendous diversity in the types of projects that are landing in Mexico as well — ranging from automotive, to aerospace to medical devices and more. Site Selection Group is currently working projects in the automotive, medical device and renewable energy sector—as well as a few office projects. Over the last couple of decades, Mexico has done more than perhaps any other country in the world to open up its major industries to foreign direct investment. Companies from all industry sectors can establish manufacturing operations in the country, with the ability to own 100 percent of the assets related to that operation. The country has also spurred foreign ownership in its railroads, telecommunications and other sectors. Most recently, the country has begun to open up its state-owned petroleum company (PEMEX) to allow for foreign direct investment in oil and gas exploration as well as refining. The government still maintains a fairly tight hold on electricity generation and distribution, but even this sector is open to private investment although not yet from foreign entities. As private sector entities are allowed to make additional investments to modernize and otherwise improve Mexico’s energy sector, both fuel and electric prices should come down over time, making the country an even more attractive location for manufacturers.

With a population in excess of 4.9 million, has created one of the most business friendly environments in all of Latin America. While typical operating costs in Costa Rica are significantly higher than Mexico, they are still 30 percent below the most competitive U.S. locations.  For more than a decade, Costa Rica has been emerging as an excellent location for manufactured products, particularly for high tech companies. Over the past three years, the country has landed 133 greenfield projects totaling investment of $2.3 billion, by far the largest number and value garnered among Central American countries during that timeframe. Earlier this year, Site Selection Group conducted a study for a global medical device company seeking to establish a production facility in a competitively priced location in Latin America. We only took a serious look at two countries—Mexico and Costa Rica—as these two countries produce more than 90 percent of the nearly 6,200 FDA-registered medical devices manufactured in Latin America. Costa Rica has developed a vertically-integrated support network for the medical device sector, ranging from suppliers of plastic parts all the way to contract sterilization. In fact, medical devices are now the country’s number one export sector. The United States is the largest destination for those products, having imported almost $1.4 billion in medical devices from Costa Rica in 2016, and there is double digit growth (13 percent) in those exports through the first three quarters of 2017. Manufacturers that have located there include such well-known companies as Abbott, Allergan, Baxter, Boston Scientific, Medtronic and Smith & Nephew.

Keep an eye on this country of 6.2 million people as it continues to emerge among Central American countries. While it has attracted an average of only 11 greenfield projects over the past three years, the average size is around $55 million. Nicaragua is doing much to change its global reputation, and in 2016 began implementation of a strategy to enhance the country’s competitiveness focused largely on introduction of new technology, workforce training and expanded utilization of its free zones. The country is specifically suited for manufacturing of textiles and electrical automotive parts such as wire harnesses. These two sectors represent almost 80 percent of the country’s $2.2 billion in manufactured exports. Recently, Delfingen (France) announced that it will establish a production operation for automotive wire harnesses, scheduled to be operational during the first quarter of 2018. This follows investments already made by companies such as Yazaki (Japan) and Draxlmaier (Germany) who had previously located in the country to produce electrical auto parts. 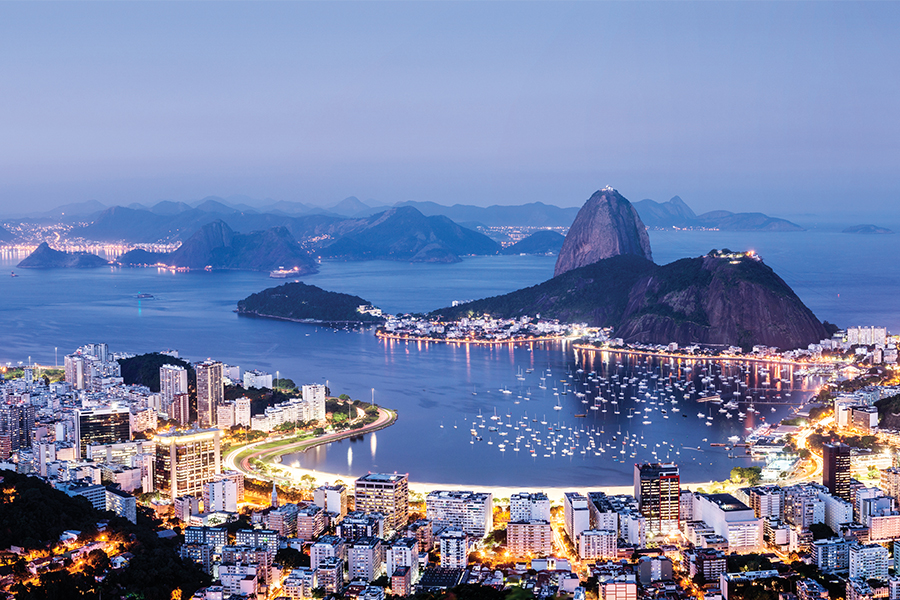 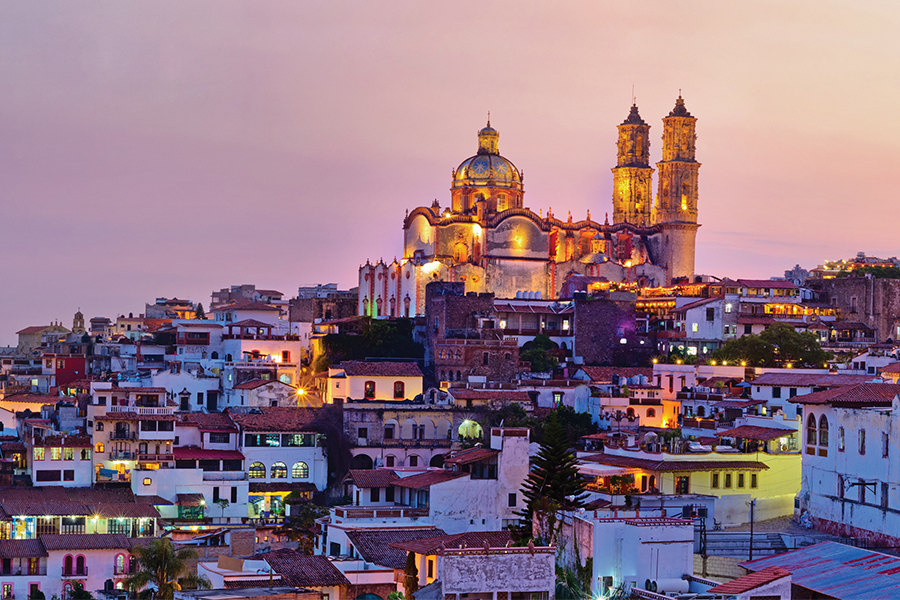 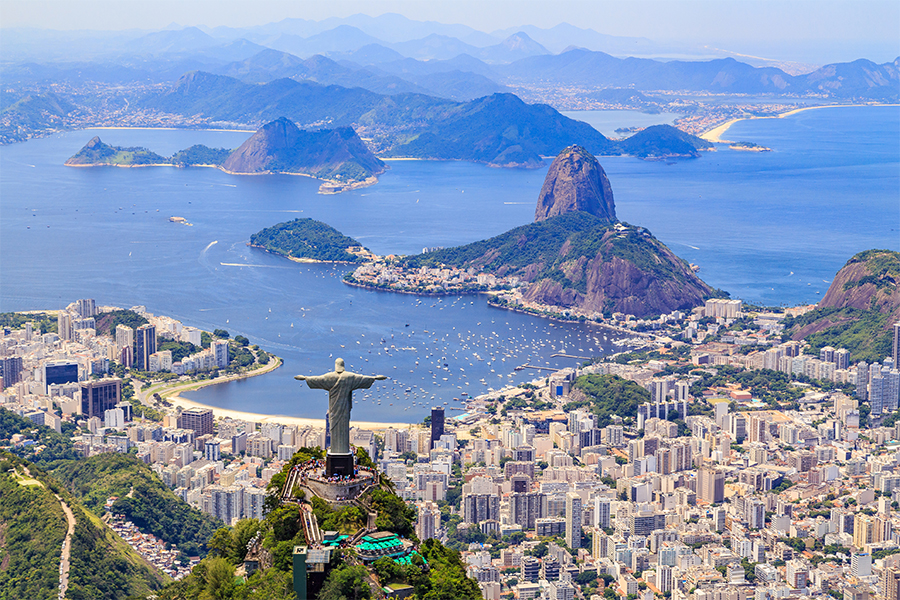