Under a $124 million development plan announced, a significant portion of the Ardmore Industrial Airpark will become an international, state-of-the-art multimodal logistics facility. The newly developed Global Transportation & Industrial Park of Oklahoma (GTIP) includes more than 200 acres of shovel-ready and build-to-suit land that will deliver new opportunities for air, rail, and truck transport, as well as spaces for transloading, warehousing, distribution, and manufacturing.

Under a public-private leasing agreement between property owner Ardmore Development Authority (ADA) and WP Global Holdings, LLC., a partnership between Watco, Knightsbridge Partners, and Chickasaw Nation, WP Global will complete a multiphase development of the park. The project is expected to spur jobs and economic development in Oklahoma.

“GTIP will serve as a global hub for commerce and is a perfect example of what can happen when private, local, state, tribal, and federal entities collaborate to achieve a shared vision,” said ADA President and CEO Mita Bates. “GTIP will have an incredible impact. We are grateful for the support we have received from WP Global, the Ardmore community, and representatives of the State of Oklahoma in bringing this project to fruition.”

Located in the heart of the Chickasaw Nation, about 90 minutes from metropolitan Oklahoma City and Dallas/Fort Worth, GTIP is strategically situated between many of North America’s largest business centers. The site also features direct rail access to a BNSF Railway main line, a fully functional airport with 9,000-ft. and 5,400-ft. runways, quick access to five major highways, and uncongested air and ground traffic flow. As an approved U.S. Foreign-Trade Zone, GTIP can accommodate global commerce. Recent electrical, telecommunications, water, sewer, and natural gas improvements position the park for immediate development.

“The Global Transportation and Industrial Park will be a game-changer, not only for Oklahoma, but for the entire country,” said U.S. Rep. Tom Cole. “The development will enable air cargo to travel more efficiently throughout the region as well as attract companies interested in reaching major U.S. markets in a fraction of the time it typically would take. I am honored to champion the project and celebrate this monumental milestone with ADA and WP Global.”

Watco’s CEO, Dan Smith, said, “Customers drive Watco’s business. The GTIP site uniquely responds to customer needs, offering direct and uncongested access to air, rail, and roadways from a location tenants can tailor to suit their requirements. We are excited about creating GTIP as a customizable, centrally located manufacturing and logistics hub that will give current and prospective customers new, virtually unlimited connectivity to regional, national, and global markets.”

A recent economic analysis conducted by Dr. Russell Evans, Ph.D., interim dean and professor of economics at Oklahoma City University, projects that GTIP’s total potential economic impacts range from 8,402 to 18,653 new jobs with $514.5 million to $1.2 billion in new labor income in Oklahoma alone. GTIP’s overall development and operations are estimated to generate a total economic impact to the State of Oklahoma ranging from $1.7 billion to $3.8 billion.

WP Global is pursuing federal grants to assist with funding for the air cargo and rail portions of the project. In part, grant applications highlight the job opportunities that will be created for rural Oklahomans. The development plan includes roughly $99 million for infrastructure improvements and $26 million for additional warehouse, manufacturing, and distribution facilities. As part of the build, a 10,000 sq. ft. customs facility will be constructed. The development plan for the industrial park is to be powered by solar energy, including charging stations for electric vehicles.

“This project is supported by government agencies across Oklahoma, the City of Ardmore, Carter County, and numerous other public and private stakeholders,” said Chickasaw Nation Governor Bill Anoatubby. “We are pleased to add the Chickasaw Nation’s support to this major revamp of an underutilized asset.”

Current park tenants include the largest distribution facility in Dollar General’s network; Dollar General Fresh, a new fresh-food concept; and King Aerospace Commercial Corporation, which will continue to grow its maintenance, repair, and overhaul business at the park. GTIP is positioned to expand as the ADA and WP Global secure new tenants. 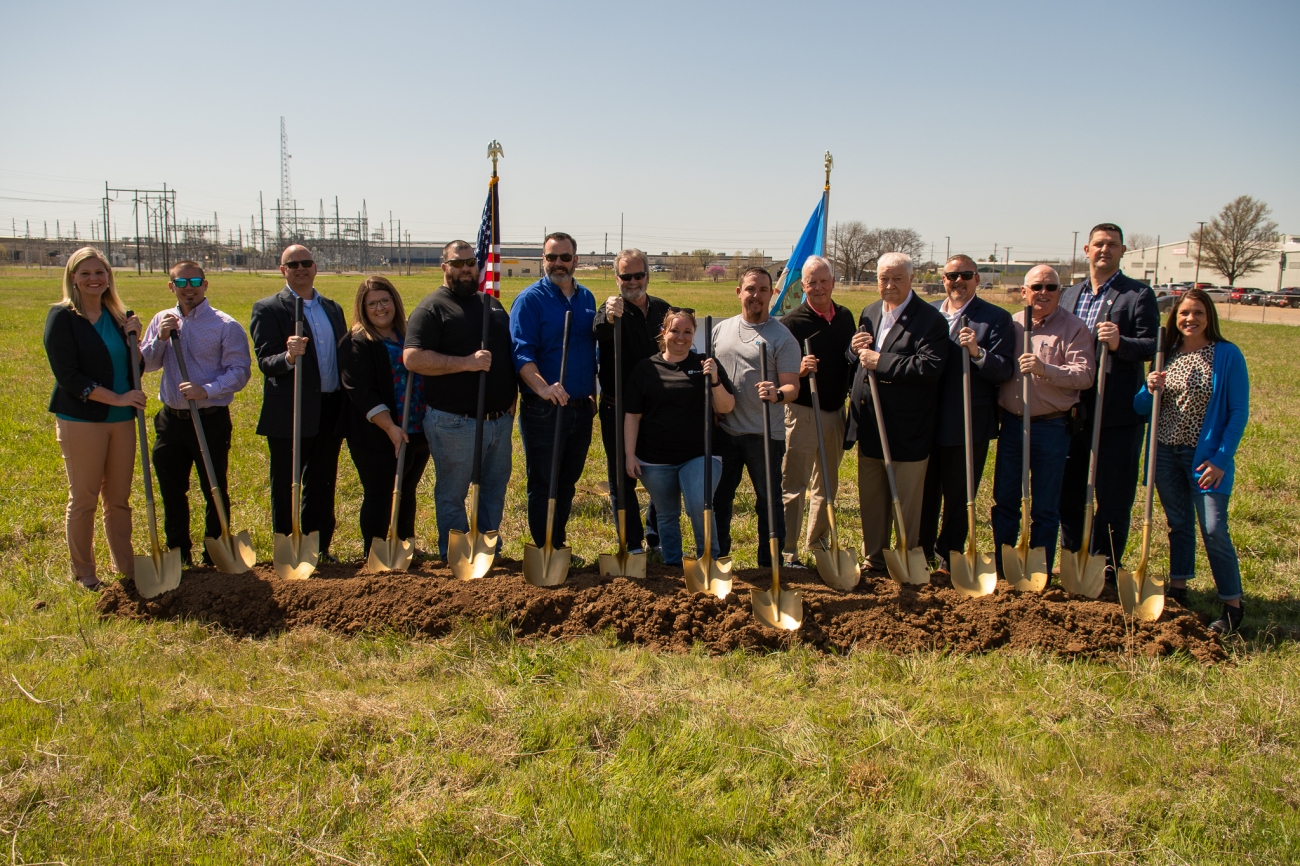 April 19, 2022
Local community and business leaders gathered in Claremore, Oklahoma for a groundbreaking ceremony to celebrate the growth and expansion of Blue Arc M... 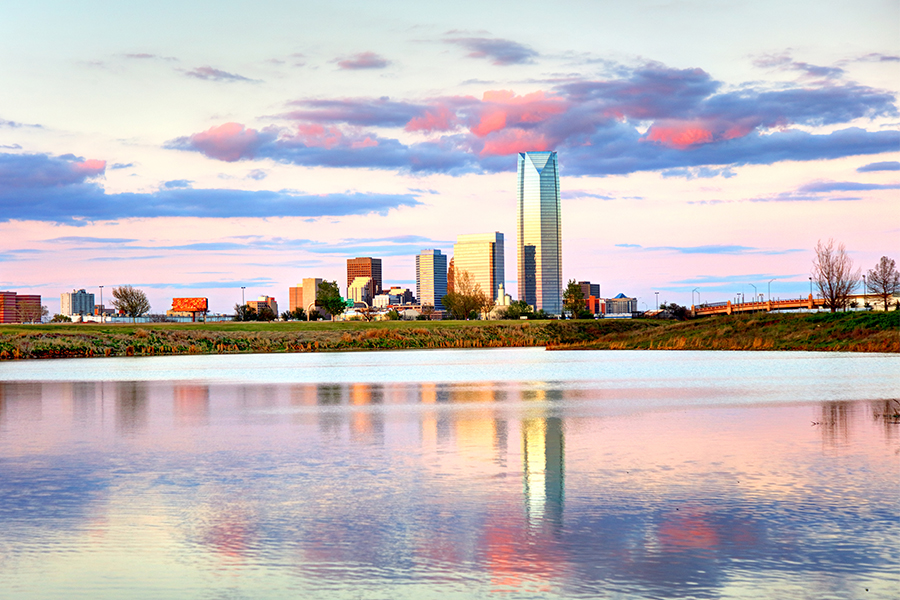 April 1, 2022
By Oklahoma Department of Commerce Even with global supply chain issues and uncertain global markets, Oklahoma is finding new ways to grow and diversi... 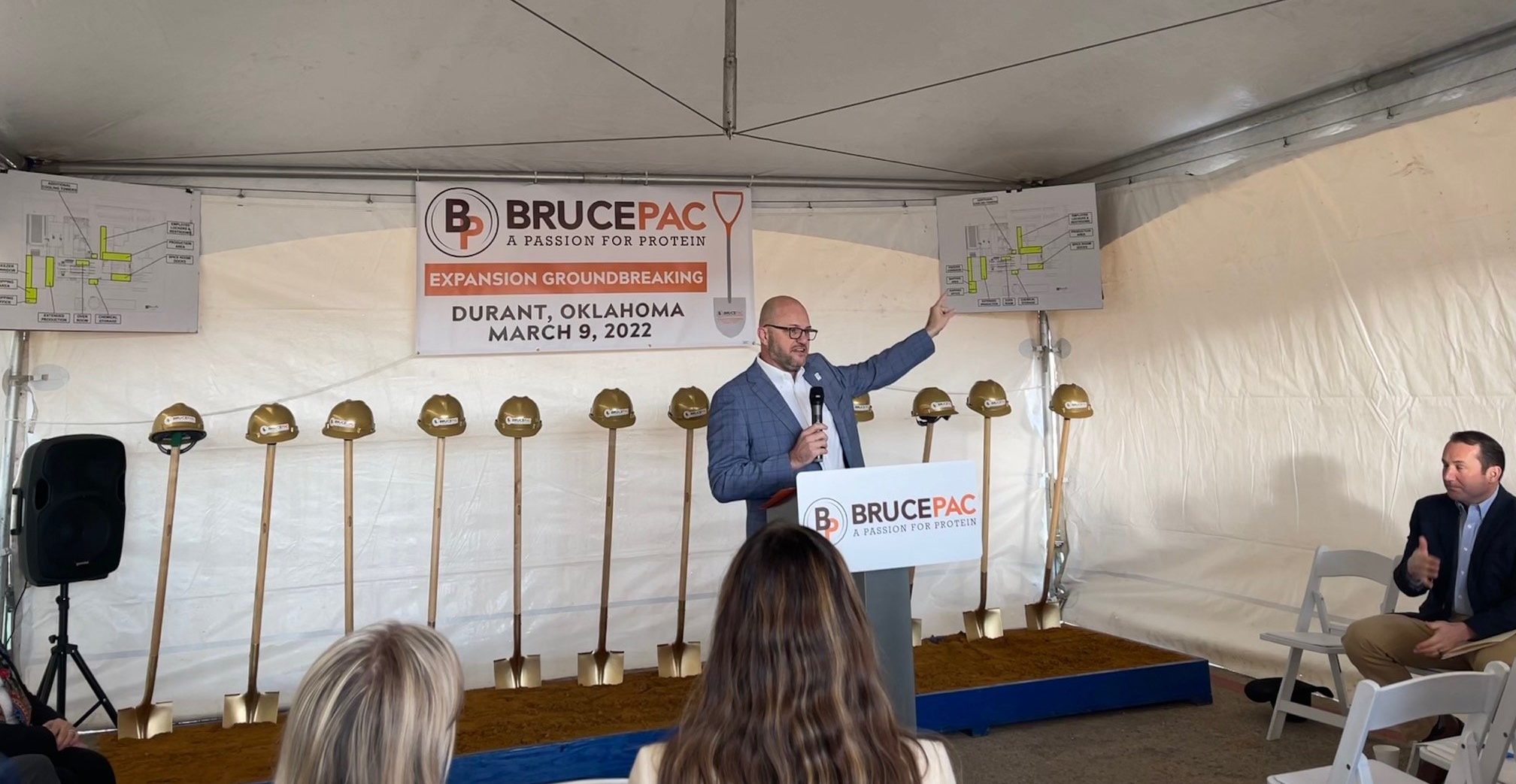