At a time when the United States government is focused on creating American jobs, propelling the economy and modernizing infrastructure, the role played by the nation’s freight transportation system is more critical than ever. Unfortunately, transportation infrastructure investment in the U.S. has lagged, impacting the flow of goods to farmers, manufacturers, workers and consumers who must have access to the global marketplace.

According to the American Society of Civil Engineers (ASCE) in its 2017 “Infrastructure Report Card,” America can no longer afford to defer investment into its infrastructure. To close the current $2 trillion, 10-year investment gap, meet future needs, and restore the nation’s global competitive advantage, an increase in investment from all levels of government and the private sector is needed – from 2.5 percent to 3.5 percent of U.S. Gross Domestic Product by 2025.

While the ASCE report’s numbers cited above cover all forms of infrastructure, the transportation-specific investments that can provide the greatest “bang for the buck” are located in and around America’s ports.

In a 2016 survey, port authorities and their private-sector partners said they were planning nearly $155 billion in capital improvements to their facilities through 2020, while related federal transportation investments were estimated to be less than $25 billion during the same time frame.

Cargo activity moving through U.S. seaports account for more than a quarter of the nation’s economy, support over 23 million American jobs and generate more than $321 billion a year in federal, state and local tax revenue. To sustain and grow this freight and the economic impacts it produces, adequate infrastructure investments must be made by both the public and private sector.

In response to President Trump’s call for infrastructure investments, the American Association of Port Authorities (AAPA) is calling for $66 billion in federal seaport investments over the next decade. These investments encompass the waterside federal navigation channels as well as on the landside, including the critical first mile/last mile connections from the port to highways and rail. They are to ensure U.S. job creation, economic growth, safe and secure ports and tax fairness.

On the waterside, $33.8 billion is needed to maintain and modernize deep-draft shipping channels, and $32.03 billion is required to build vital road and rail connections to ports and improve port facility infrastructure.

To put another aspect of the freight infrastructure funding issue into perspective, President Trump remarked at a speech in Cincinnati on June 7, “The infrastructure of America’s inland waterways has been allowed to fall apart, causing delays and preventing the United States from achieving its economic potential.”

Three weeks prior to the president’s Cincinnati speech, the American Association of Port Authorities (AAPA) and the Ports of Indiana convened an infrastructure roundtable in Indianapolis. At that event, 20 national experts came together to discuss America’s freight transportation needs and the critical importance of providing ongoing infrastructure funding.

Kevin Larkin, vice president for market services and transportation for Alliance Coal, LLC in Tulsa, noted in that meeting that ASAE gave the U.S. a D+ rating for infrastructure in its 2017 report, saying there’s $1.7 trillion required for infrastructure by 2020 to fulfill just the basic needs.

“More than 56,000 bridges were structurally deficient in 2016 but are still used daily,” he said. “Most navigation locks and dams are well beyond their design life and nearly half of all vessels now experience delays. This is a critical problem in the coal business. The average citizen doesn’t understand the importance of the inland waterways and it’s hard to get federal attention.  We don’t want to have to wait for a failure to get the attention this issue deserves.”

A recent U.S. Department of Homeland Security report noted if the Poe Lock—part of the Soo Locks in Sault Ste. Marie, Michigan, and the only one capable of handling the 1,000-foot-long vessels that move iron ore to steel mills in the lower Great Lakes region—failed for six months, the nation would be plunged into a recession, resulting in a loss of 11 million jobs.

As a follow-on to Mr. Larkin’s observations, the president of the Indiana Motor Truck Association in Indianapolis, Gary Langston, said the average citizen sees trucks as a cause of congestion and a safety hazard, while a shortage of truck drivers is becoming “a huge problem.”

In a 2016 study, the American Transportation Research Institute concluded congestion on the U.S. National Highway System is so bad it caused over $63 billion in operational costs to the trucking industry in 2015, equaling 996 million hours of lost productivity (equivalent to 362,000 trucks sitting idle for one work year).

Kevin Brinegar, president & CEO of the Indiana Chamber of Commerce, was one of several experts at the Indianapolis meeting to suggest replicating a successful funding model that is working in Indiana.

Earlier this year, the Indiana legislature passed a roads and bridges funding package, focusing on vehicle-related user fees that will provide $1.2 billion in new money each year for the next 20 years, which Mr. Brinegar suggested could be a national model for infrastructure funding. He also noted that Indiana’s port authority is also an exceptional model for success that generates $7.8 billion in annual economic impact without the use of public tax dollars.

Photo Caption: Economist Michael Hicks explains a point to his infrastructure panel counterparts at Indianapolis ‘Influencers Roundtable’ on May 18.

“Over the 20-to-30-year period ending in 2010, most of the production growth in the U.S. came from supply chain improvements,” he said. “Since then, production growth has been flat despite increased investment.”

Another voice at the Indianapolis event calling for investments in human capital was Bill McLennan, CEO of Fastport, Inc., Lowell, Mass. Mr. McLennan reiterated that registered apprenticeships are a critical employment strategy for employers wanting to attract and retain a higher skilled work force.

“Our new administration recently announced a goal to have five million apprentices in America in the next five years,” he said. “That’s a 10-fold increase over current numbers, so you know it’s important. Congress just passed a budget that included $195 million to support the increase and acceleration of apprenticeships in America.”

Registered apprenticeships have proven to increase retention and are a competitive advantage for employers wanting to hire more veterans. Mr. McLennan remarked that veterans understand and appreciate the structure of a job as they learn the system because it’s similar to their military experience.

“Infrastructure is the most critical investment America can make for our long-term global competitiveness. While much has been written about veteran hiring commitments by many employers, there are still nearly a half-million unemployed veterans with about 200,000 transitioning out of military service each year. They need jobs and the transportation sector provides great career opportunities. These men and women already have transportation industry experience because they already work for the largest supply chain company in the world …our military.”

The Indianapolis meeting of transportation industry business leaders, supply chain logistics professionals and academics not only outlined the likely impact of transportation infrastructure failure, but why it is so important that all levels of government understand how significant freight movement is to the continued success of our country.

Please join AAPA, its members and stakeholders as we call on federal, state and local leaders to make infrastructure funding a top priority so that we can take our country’s economy to the next level. We need to speak with one voice to leverage the benefits of all modes into a true multimodal infrastructure plan. 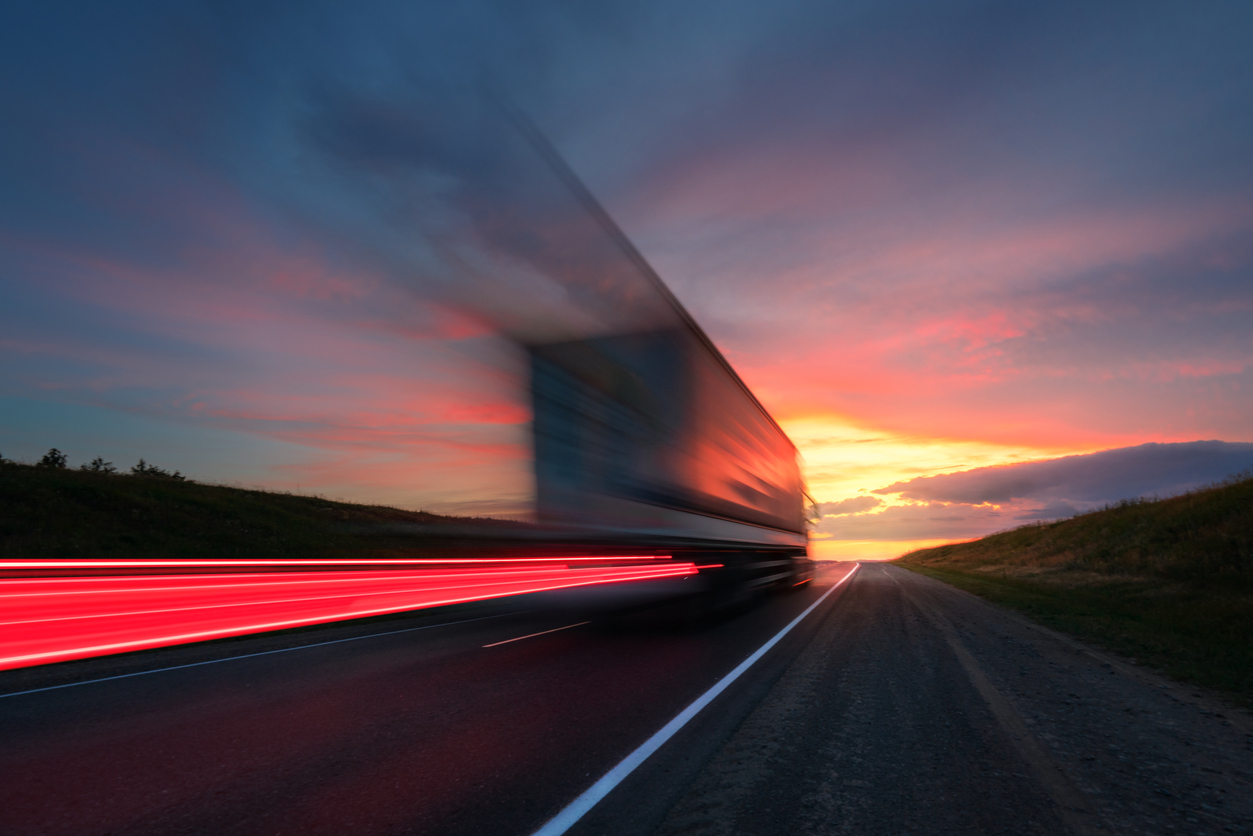 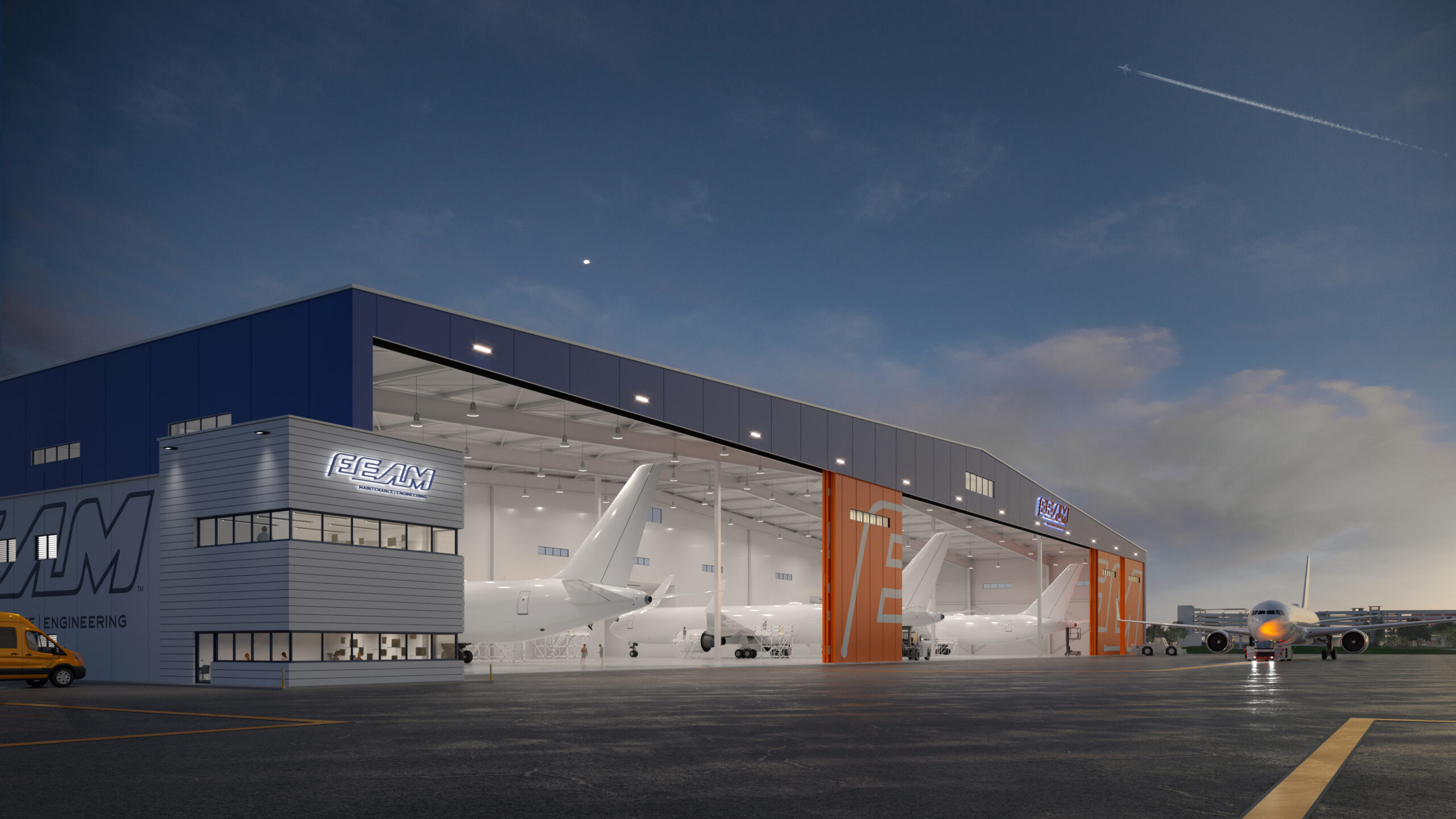 March 31, 2022
By Adam Robinson, CEO of The Robinson Agency Demand for a more efficient supply chain continues to grow. The industry is reeling from the ongoing effe...