For many years, Upstate New York was losing jobs and its population was dwindling in large part to the shift to a global economy that saw manufacturing and other jobs head out-of-state and overseas. Today, under the leadership and vision of Governor Andrew M. Cuomo, the Upstate economy is in the middle of a resurgence, with businesses growing and generating economic opportunities in communities – from Western New York and the Southern Tier to the North Country and Mid-Hudson regions.

“New York State is at its best when our public and private sectors come together to support economic development, spur job creation, and invest in the success of our future generations,” said Empire State Development President, CEO & Commissioner Howard Zemsky. “It is our academic, business and community leaders who truly know what each region needs to succeed and we are proud to work with the regional councils to help build a sustainable economy across the entire state.”

Much of this is due to the regional focus on economic development that Governor Cuomo implemented in 2011, which has redefined the way New York invests in jobs and economic development – creating a bottom-up process that empowers regional stakeholders to develop and implement strategic plans that have served as roadmaps for growth.

The resurgence has also come thanks to an unwavering focus on the Upstate New York economy, as evidenced by commitments like the Buffalo Billion and $1.5 billion Upstate Revitalization Initiative (URI), and more recently, investments to transform downtowns and local airports. Together, these efforts are creating thousands of jobs and spurring private investment in every corner of Upstate New York.

Nowhere is the upswing more evident than the City of Buffalo. The Buffalo News recently stated: “For those who still doubt the truth of what is happening in Buffalo, take note of several recent developments as evidence that it’s really happening.” The article pointed to the success of the Buffalo Medical Innovation and Commercialization Hub and to the nearly complete SolarCity gigafactory as pillars of the renaissance that is taking place in Western New York, which is now attracting young professionals and retaining its residents instead of seeing them leave.

That is Empire State Development’s goal to generate this kind of change in every region of the state, especially those areas hit hardest by the economic decline of decades past.

The URI launched last year to advance efforts aimed at systematically revitalizing the Upstate economy, and was modeled after the success in Western New York. After a rigorous competition, $500 million (over five years) was awarded to each the Finger Lakes, Southern Tier and Central NY regions – providing a once-in-a-lifetime opportunity for communities to work together to address the economic challenges in their regions, and generate jobs and opportunity. Additionally, the other four regions in the competition are each receiving $50 million to fund top projects and strategies to advance their URI plans for economic growth.

The Finger Lakes’ winning plan focuses on the high-tech manufacturing industry, building on the area’s leadership in the optics, photonics and imaging sectors. Priorities also include strengthening agriculture and food production industries and addressing poverty in the region. Danny Wegman, CEO of Wegmans Food Markets and Anne Kress, President of Monroe Community College – who serve as co-chairs of the Finger Lakes Regional Economic Development Council (FLREDC) – said recently, “The state support we have received has allowed our regions’ transformation and accelerated our momentum in moving the Finger Lakes forward.” According to the FLREDC, the region’s plan for the $500 million will result in more than 8,000 new jobs.

Central New York is looking to make the most of its $500 million award with a comprehensive and inclusive plan. CNY Rising is rooted in the region’s strengths and advantages, with a focus on strategic initiatives with regional, national and international corporate partners that will lead to an economic revival. A top priority is establishing Central New York as the global leader in unmanned systems, and the region is already well on its way, as it will partner with the Mohawk Valley to host the 2016 UTM Convention. Other priorities include utilizing the region’s natural assets to address rising global demand for food and food safety and transforming 225 acres of brownfields into a thriving, global hub for manufacturing, warehousing and distribution. According to the Central New York Regional Economic Development Council, implementation of the CNY Rising Plan will result in the creation of nearly 6,000 new jobs.

The Southern Tier is focusing its efforts on advanced manufacturing, transportation, and capitalizing on its world-recognized status as a “food hub.” Southern Tier Regional Economic Development Council Co-Chairs Tom Tranter, President & CEO of Corning Enterprises, and Harvey Stenger, President of Binghamton University, point out that the Southern Tier is home to more than 200 farms and plays host to major food distributors like Willow Run and Maines. Back in July, Governor Cuomo announced that DICKS Sporting Goods Inc., a leading sports and fitness retailer, would be returning to its roots and building a new facility near Binghamton, where the company will create hundreds of jobs. Regional council leaders believe their plan for the state’s $500 million investment – Southern Tier Soaring – will incentivize private business to invest well over $2.5 billion and lead to the creation of more than 10,000 new jobs.

Last December, four other Upstate regions were selected as top performers in round five of the Regional Economic Development Council competition, securing hundreds of millions of dollars for strategic projects in their regions:

New York is also investing millions in air travel infrastructure in an effort to attract new business and boost tourism through the $200 million Upstate Airport Economic Development and Revitalization Competition, with the first $40 million awards going to Rochester and Elmira.

“Investing in our Upstate infrastructure is critical to this state’s future economic prosperity,” Governor Cuomo said. “Through this competition, we are transforming these Upstate airports into 21st century transportation hubs to ensure they generate economic opportunity for local economies for generations to come.”

New York State has a great story to tell, with nearly eight million private sector jobs and more than 800,000 created since 2011, unemployment cut nearly in half in all 62 counties, taxes at the lowest levels in a generation, and every region of the state experiencing growth for the first time in decades.

Thanks to Governor Cuomo’s holistic approach to economic development, the future for Upstate has never been brighter. Efforts today are ensuring that when the next generation of New Yorkers is choosing where to live, work and raise their families, Upstate New York is a place they can proudly call “home.” 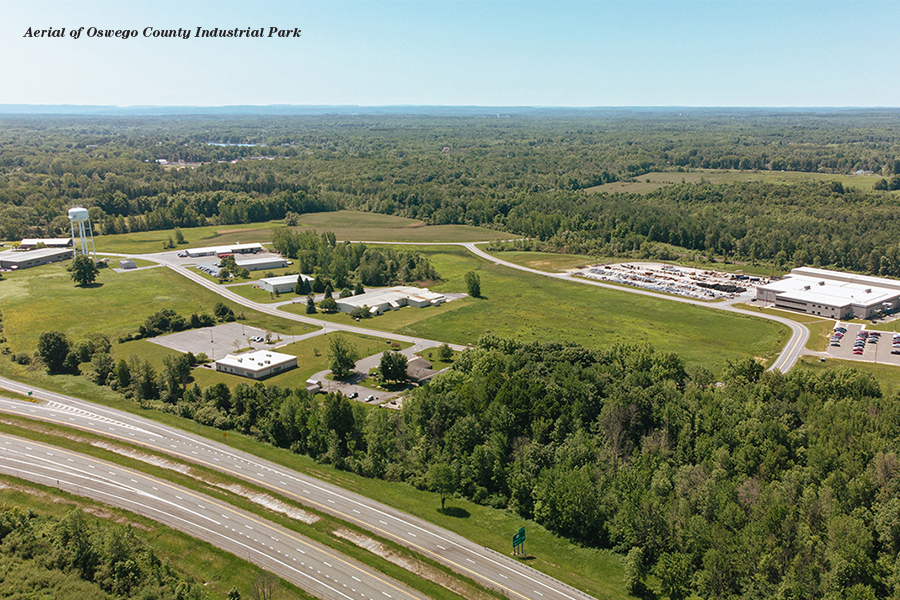 Come to New York: The State of the Future

March 29, 2021
In New York State, it is said that the future is already here – fueled by the talent and the resources that are leading smart, dynamic, innovative n...