The pandemic has changed the trajectory of the global economy in ways no one could have imagined. The last seismic shift of this magnitude happened at the end of World War II, when industry and workforces shifted from wartime production to peacetime.

The end of the war had a profound effect on Washington State. Thousands of highly-skilled workers left wartime factories to start their own manufacturing, technology and communications businesses. The state’s anchor industries – timber and natural resources – began to give way to new economic drivers: technology and innovation.

As the U.S. and the rest of the world emerge from a global pandemic, Washington is leveraging its historic leadership in technology and innovation to create new opportunities for growth and expansion. Building on the shoulders of industry giants such as Boeing, Amazon, Paccar and Microsoft, companies across the state are staking new claims on a future that’s focused on clean energy, commercial space, electrified craft, biopharma, medical devices, autonomous transportation systems and air mobility.

Where the Next Big Thing Begins

One of the most promising models to handle this economic shift is the innovation cluster accelerator. This proven industry-led strategy has clearly demonstrated its potential in more than 7,000 clusters worldwide. Now, Washington is leading the way in the U.S., pioneering its Innovation Cluster Accelerator Program (ICAP), which uses public and private investment, backed by a wide range of stakeholders, to solve the challenges that may be limiting growth and innovation in a specific sector. 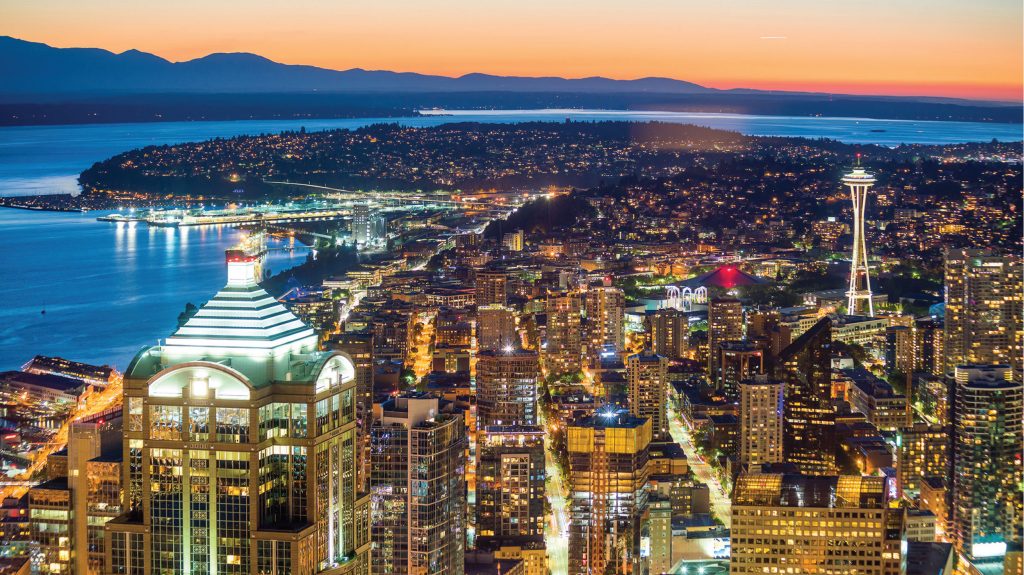 An excellent example of the cluster accelerator model is Washington Maritime Blue. Started as a pilot in 2017 to see if it could transform the state’s maritime sector, this accelerator is driving investments in de-carbonization and other maritime initiatives, jumpstarting new companies and developing the workforce for the future.

The Great Resignation has had an upside, at least in Washington. Thousands of highly-skilled workers are changing their career paths. Many have changed employers, looking for an opportunity to step out from the shadows of the masses to lead new project teams and bring new ideas to market.

Few places in the United States have a workforce that is more educated, skilled and ready to help businesses succeed than Washington State. More than 90 percent of workers have a high school diploma and 35.3 percent have a college or university degree. In Bloomberg’s annual ranking of Innovative States, Washington recently ranked #1 in science and engineering degrees and #2 in STEM concentration.

A Fantastic Culture of Creativity

Washington has long been a melting pot of new ideas and smart people who can turn them into a profitable reality. The growth of alternative work arrangements, including teleworking and remote working, has allowed top-tier talent to fan out across the state, finding new enclaves to call home that are both affordable and connected. This ability to work anywhere has spawned a wealth of breathtakingly new ideas as workers draw inspiration from suburban and rural communities that were previously beyond the reach of daily commutes.

Incubators, workspaces and accelerators are springing up statewide, not only to serve as occasional office space for these workers, but as a springboard for a career as an entrepreneur. These creatives are leveraging the presence of world-class research universities, a network of community colleges and technical schools and one of only 10 national laboratories to explore and monetize new ideas, products and services.

An Amazing Place to Call Home

Washington is a study in contrasts. Located in the upper left corner of the United States, Washington was one of the last places to be settled during the expansion west. Here you’ll still find remnants of the past, a unique pioneer spirit, unspoiled vistas, fertile plains and mountain ranges that will take your breath away.

Sure, it rains in Washington. But it rains more in 44 other major U.S. cities, including New York, Miami, Houston and New Orleans. If you live in the west side of the state, it’s cloudy, often for weeks at a time. We even have terms for this kind of weather, saying it can be partly cloudy one day and partly sunny the next. If you set up shop here, you’ll come to know the difference. And if you get tired of the gray days and the threat of rain, head to Eastern Washington, parts of which get more sun annually than Disney World.

If you’re the sporty type, there’s plenty to keep you busy year-round. You can go surfing in the morning, play a round on a PGA championship course in the afternoon and still hit a few black diamond runs on nearby ski slopes before heading to the lodge for a locally crafted beverage.

If your idea of a good workout is dining out at a different place every night, we have you covered too. Some of the best restaurants in the world can be found in Washington, as well as world-class symphonies, theaters, galleries, museums and nightclubs.

Part of Washington’s secret sauce is its welcoming nature. Early settlers came from all over the world to harvest the state’s vast natural resources and stayed to raise their families. Residents in one Seattle neighborhood are said to speak 59 different languages. Some folks prefer the hustle and bustle of the greater Puget Sound Region, anchored by Seattle and Tacoma along with a sprawling Eastside. Others prefer the laidback lifestyle found in more rural parts of the state, where residents don’t even bother to lock their doors. Still others gravitate to the island life, commuting to work by boat or ferry.

Washington State prides itself on its diverse and inclusive culture and its breathtaking natural landscape that is as inspirational as it is beautiful.

Washington is a major player in developing new, renewable and sustainable energy sources while protecting the environment. The state plans to be carbon-neutral by 2045, achieving 100% of its energy from clean sources. To meet this aggressive goal, the state manages a multi-million dollar Clean Energy Fund to help researchers, utilities and private enterprise explore new ideas in wind, solar, hydrogen and tidal power production, as well as new battery storage systems and smart grid management technologies. Another initiative underway is to scale industrial symbiosis, turning waste into new products.

Find out more about opportunities in Washington State.

To learn more about opportunities in Washington State, contact one of our business or trade specialists at (206) 256-6100 or email us at moreinfo@choosewashingtonstate.com. 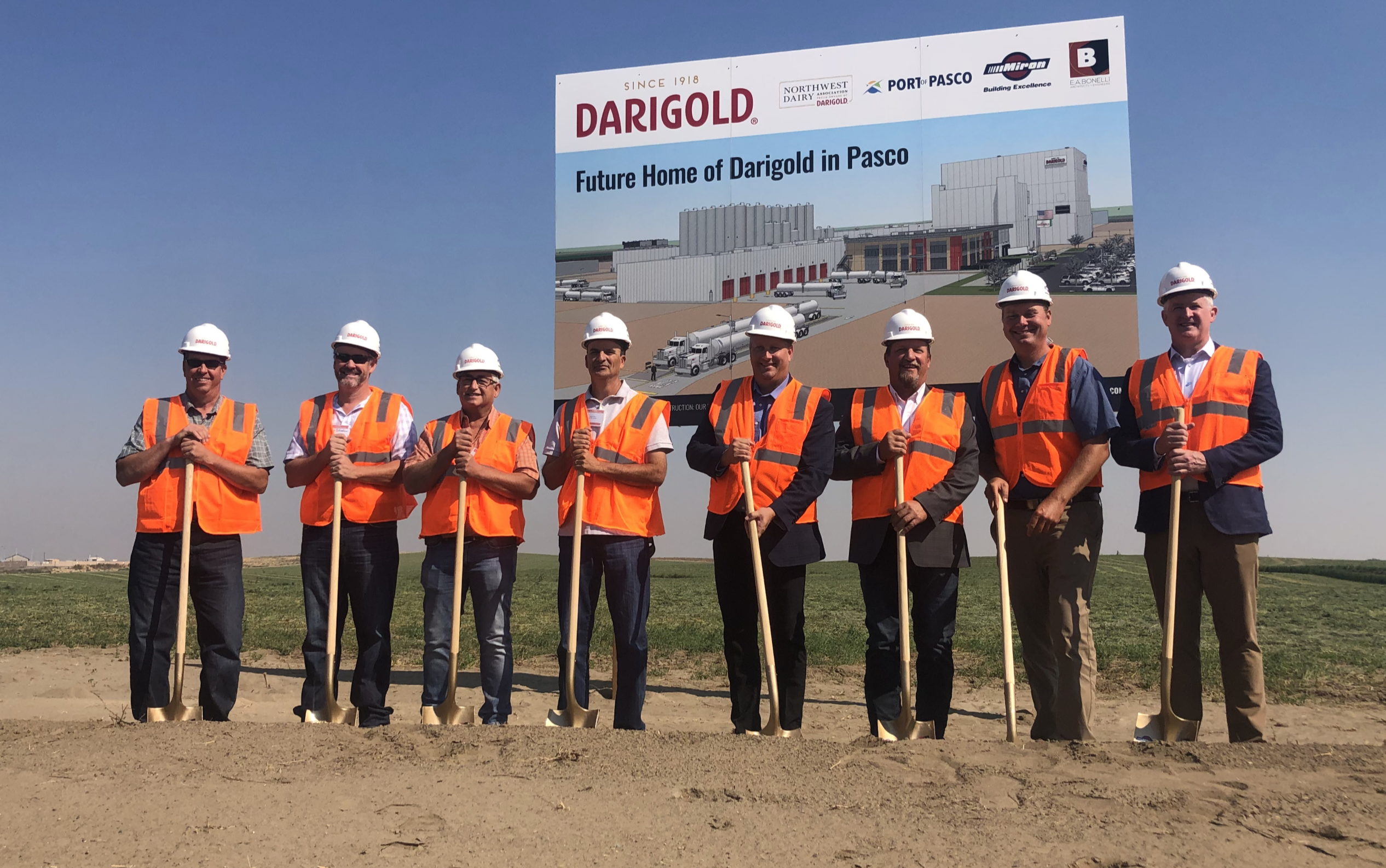