As the popular observation (and trivia nugget) goes, just 66 years separated humanity’s first powered flight from our first steps on the Moon. From an 120-foot hop to a 400,000 mile journey that was quite literally out of this world, the sheer pace and depth of the technological progress required to bridge these two milestones was truly remarkable.

In the 49 years that have passed since Neil Armstrong made history, we as a species have put that technological progress to shame.

Make no mistake, the oft-bandied claims of a “New Space Race” are more than just hype. Yes, there is China’s promise to reach Mars, as well as the playful banter between SpaceX and Boeing to beat each other in achieving the same. These dreams are exciting, but there is a still a distant, ethereal quality to them. What is in no way abstract or far-fetched is the satellite/rocket revolution that has transformed the aerospace industry over the past several decades.

For one thing, space has become more democratic than it was back in the ‘60s when NASA and the Soviet space program served as the sole gatekeepers. On top of China, India, Japan, and the European Union getting into the game, more than half-a-dozen private or semi-private companies are currently launching payloads into orbit. These companies are not simply privatizing work previously done only by governments; they are changing the very nature of the space game. SpaceX has demonstrated numerous times that it is possible to land a rocket, a breakthrough that could drastically reduce the cost of launches, while no less than five companies are planning to send – or are currently sending – tourists to space. And there is still that entire Elon Musk-Mars obsession.

Likewise, entrepreneurs are shaking up what is going into space. The launch of vehicles themselves, for instance, are now manufactured predominately by private companies. Increasingly, so are the payloads these vehicles carry. As improvements in electronics and materials technologies have reduced the size of satellites, the costs have also come down, making it cheaper than ever to launch functional platforms into space. This affordability glut has led dozens of companies to invest in satellite technologies for purposes as varied as atmospheric observation and geospatial imagery (i.e. spying). Significantly, these cost dynamics have also facilitated a further geographic “democratization” of satellite companies. That is, one need not only to look towards the usual suspects of Houston, Florida, and yes, Silicon Valley, but to find high-tech space companies. While there is certainly no shortage of investment in those regions, smaller aerospace companies can also be found headquartered in locations as diverse as Boulder, CO; Philadelphia, PA; and Sparks, NV.

Space is only half of the aerospace equation. Of course, air is the other half, and while this aspect might not be as flashy, the advances have been no less impressive. Fuel efficiency has been a particular focus for the industry. Driven by increasing fuel costs and growing international concerns about CO2 emissions, commercial airplane manufacturers have made a concerted effort to reduce the amount of fossil fuels required to fly passengers from one side of the globe to the other. As a result, the average fuel consumption of new aircraft has fallen more than 45 percent since 1968, the year before the moon landings. The vast majority of these efficiency gains can be attributed to technological progress, i.e. new, lighter, carbon-composite materials and more aerodynamic designs. In a similar vein, better engineering and the incorporation of computers into aircraft has caused the rate of fatal accidents to plummet from two per million passengers in 1969 to just 0.1 per million passengers today. That is the kind of progress that anyone who has ever clutched their armrest during a particularly bumpy landing should rally behind.

So yes, the aerospace industry has evolved over the past several decades, drastically so. One thing that has remained relatively constant though, is the United States’ dominance in the global aerospace market. By nearly every metric, the domestic aerospace industry (which often includes defense-related enterprises) is thriving. U.S. aerospace exports grew by an impressive 58.9 percent between 2010 and 2015. Per-employee earnings for U.S. aerospace companies are nearly double the average for the rest of the world ($41,000 vs. $23,000). Even in regards to the ever-shifting realm of patents, the U.S. remains on top; by last count, a full 47 percent of aerospace patents came out of the U.S., compared to the European Unions’ at 14 percent. None of this is to say that America’s global dominance is a sure thing in the years to come. With countries such as China, Russia, and Japan increasingly investing in the industry, all signs are pointing towards a global marketplace that is about to get a lot more crowed. Still, it does raise an important question as to how the domestic aerospace sector has been so successful for so long.

Part of the U.S. hegemony can likely be attributed to historical momentum; in addition to being the birthplace of flight, the military necessities of the Cold War propelled aerospace investment to a top spot amongst U.S. government priorities for decades. But the current trends should not be thought of simply as an extension of the 20th century status quo. Smart business practices also play a huge part in the industry’s success. The heavy concentration and consolidation within the industry, i.e. clustering, has in the past, and continues to reap huge benefits for America’s aerospace companies. Interestingly, this clustering is no longer just occurring within states or communities, but it is increasingly taking the form of highly-concentrated, highly-specialized business parks dedicated specifically to aerospace use.

It should go without saying that clustering brings massive advantages to both the relevant industries and the communities that host them, and, to an extent, this specialized business park approach is not limited to aerospace. For example, Osceola County’s proposed NeoCity project—a 10-million-square-foot, mixed-use industrial park with a heavy emphasis on sensor technology research and manufacturing—would be an unprecedented boon to the Central Florida region.

How much so? A joint economic impact analysis conducted by AngelouEconomics and Perkins + Will found that the business park will support some 20,000 high-paying research and manufacturing jobs by the time it is complete, and that it will be home to nearly $2 billion in taxable property. For a county whose current employment comes in just shy of 90,000, such growth—even spread out over the 50-year proposed timeline—would be nothing short of colossal. The county will not be the only ones to reap the benefits, either. The plethora of available, mixed-use space will allow businesses to concentrate lines of efforts and consolidate supply chains, while the plans for a STEM-focused high school on campus itself will allow companies to cultivate the next generation of high-skilled employees. These are exactly the type of efficiency generating measures that have allowed the U.S. aerospace industry to continue its strong run.

Indeed, a quick survey of U.S. aerospace operations reveals no shortage of specialized aerospace business parks that are either under construction or currently operating. Perhaps the most famous of these is the Cummings Business Park (CBP) in Huntsville, AL. Founded in 1962 to facilitate R&D at the U.S. military’s Redstone Arsenal, the CBP has since grown to nearly 4,000 acres and is home to over 300 companies. Naturally, many of those companies are aerospace-defense giants such as Lockheed-Martin, Airbus, Raytheon, and Rockwell-Collins all have a presence on the campus. But what makes the CBP truly interesting is how it’s also come to service the logistical and personnel needs of the aerospace industry. Whether it’s as intriguing as an infrared optics manufacturer, or as mundane as financial services (or, yes, a Wendy’s), the CPB has it all. This intense horizontal and vertical industry alignment has allowed Alabama—not otherwise particularly renowned as a tech capital—to grow into one of the top-ten states for aerospace employment, on a per-capita basis.

Unsurprisingly, the successful strategy of the Cummings Business Park is being emulated and expanded upon all across the country in both existing industry hubs and in aspiring aerospace powerhouses. Amongst the former, the Seattle-Bellevue area, home to Boeing and dozens of other aerospace companies, is the undisputed heartland of U.S. aeronautical research and manufacturing. As such, the $100 million, one-million-square-foot, aerospace heavy Gayteway Business Park currently in the works is just another extension of an already-booming cluster. Pensacola, FL, on the other hand, has a much less established aerospace footprint than either Huntsville or the Puget Sound. Still, that has not stopped the FlordiaWest Economic Development Alliance from leveraging their 4,600-acre industrial campus at “The Bluffs” in an intense recruiting bid for aerospace companies.

In a sense, the strong link between aerospace companies and large-scale, state-of-the-art business parks is intuitive. Neither aircraft nor rockets are known for being particularly small, and the land requirements of the industry are significant on both R&D and manufacturing sides of the business. Building a commercial jetliner requires a facility that can fit one – and often many – of the massive vehicles, while R&D often necessitates full-scale testing (think: rocket testing laboratory). It therefore makes sense that CPB-style facilities, whose plethora of industrial land allow for the syncing and consolidation of these efforts, would be the ideal for cultivating a hyper-efficient aerospace industry.

But aerospace is also a very capital-intensive industry and has become very sensitive to the business conditions set by federal, state, and local policy. In other words, it takes more than an accommodating facility to spur on a robust aerospace cluster; quite often, targeted incentives packages can be found behind the scenes as well. Going back to the Pacific Northwest, Washington State boasts the most generous aerospace incentives package in the country. No less than six tax credits/exemptions are offered specifically to the state’s aerospace firms. All told, more than $553 million dollars in benefits were paid out to the regions 286 companies between 2014 and 2016. Those hundred million-dollar payouts make Washington’s program far-and-away the biggest, but similar programs can be found all across the country.

Aerospace companies can also benefit from numerous Federal programs. The Federal Research and Experimentations Tax Credit, made permanent by Congress in 2015, represents a significant opportunity for the research-heavy industry. It’s another Federal program, however, that gets the most buzz within the aerospace community: the Export-Import Bank. Abbreviated Ex-Im, the controversial government lending agency has fallen on hard times recently. This in turn has had a non-trivial effect on the ability of major aerospace companies to sell their products to overseas buyers.

To simplify an extremely complicated entity, EX-IM’s purpose is to provide credit for large-scale, potentially-risky deals that private lenders cannot or would not fund—the sale of Boeing 787 Dreamliner’s, for instance. Though popular with many businesses, the bank has proven politically unpopular in recent years, with Congress going as far as temporarily revoking its authorization in 2015. Ex-Im has since resumed operations, albeit at a limited capacity.

Regardless of one’s feelings towards the broader principles at stake, the practical reality for the U.S. aerospace industry is that a once lucrative and reliable line of credit is no longer available. That is because, without a Congressionally approved quorum of Board Members, the bank cannot process loans greater than $10 million—the types of loans that would be required to buy a Boeing 787 Dreamliner, for instance.

The game of political football Washington is playing with the issue thus remains a thorn in the aerospace industry’s side. It’s not a crippling thorn by any means; there is little doubt that, with it’s extensive footprint and leading edge in both technology and business practices, U.S. aerospace will remain a global powerhouse for years to come. However, the uncertainty swirling around Ex-Im’s future can and does have a significant, negative impact on the industry’s decisions. Given that international competition is tougher than it’s ever been, it might be good for the country to lay that uncertainty to rest. One way or another. 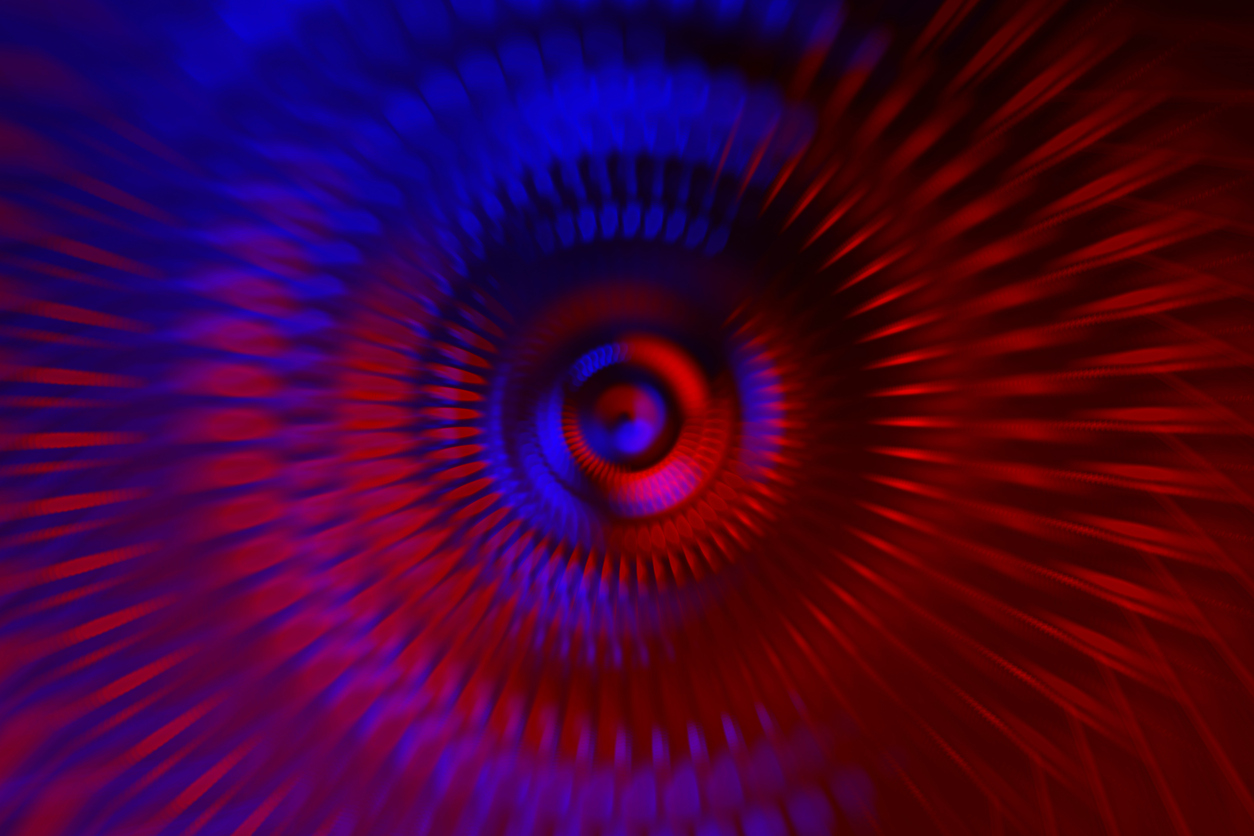 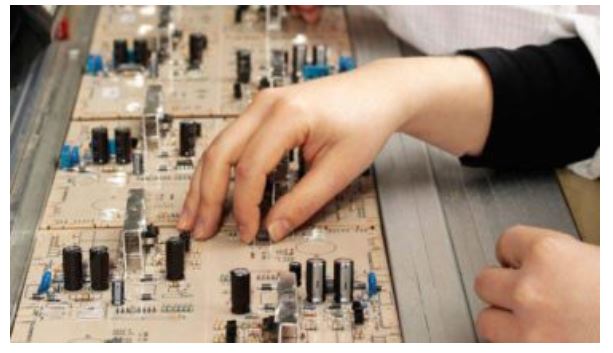 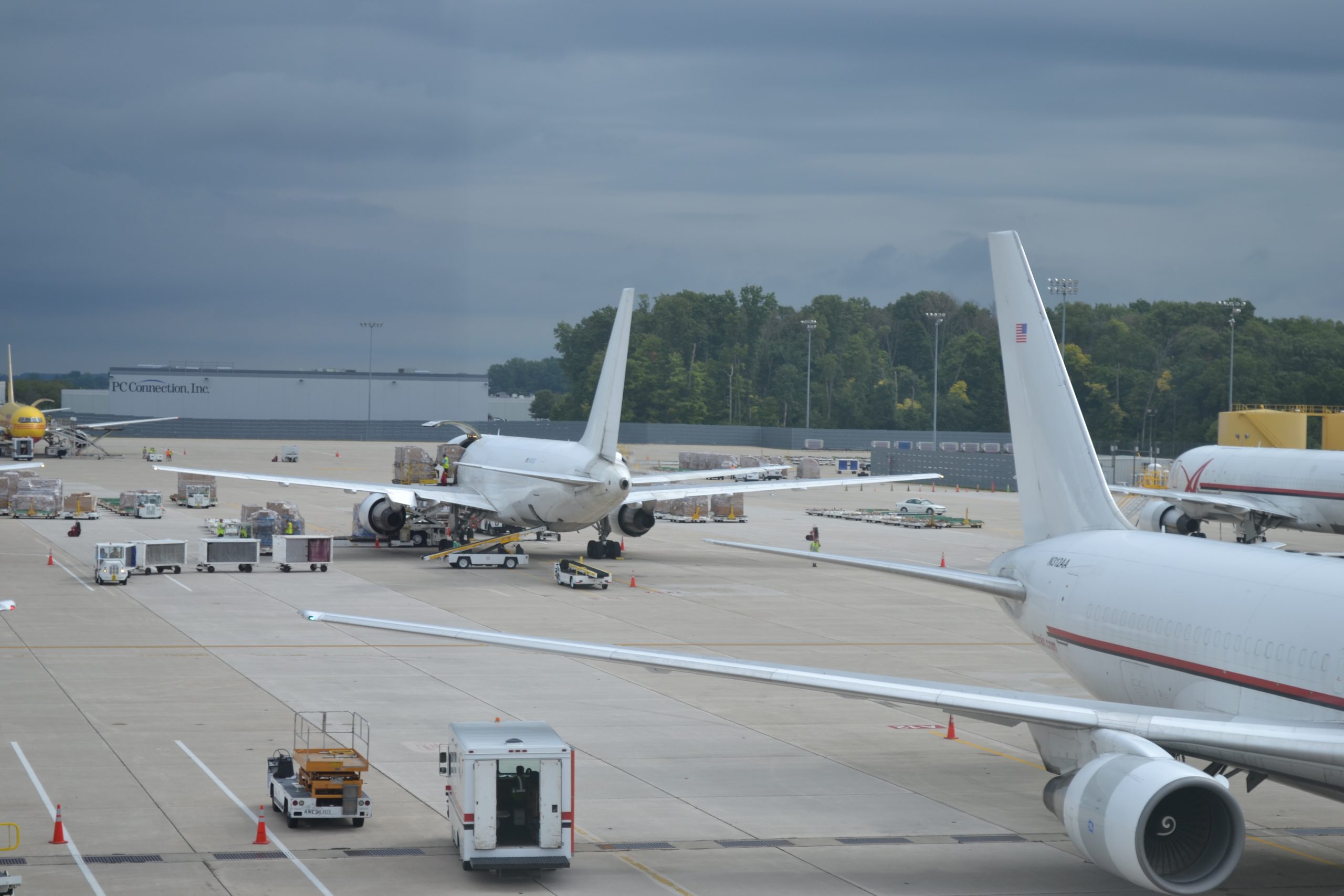 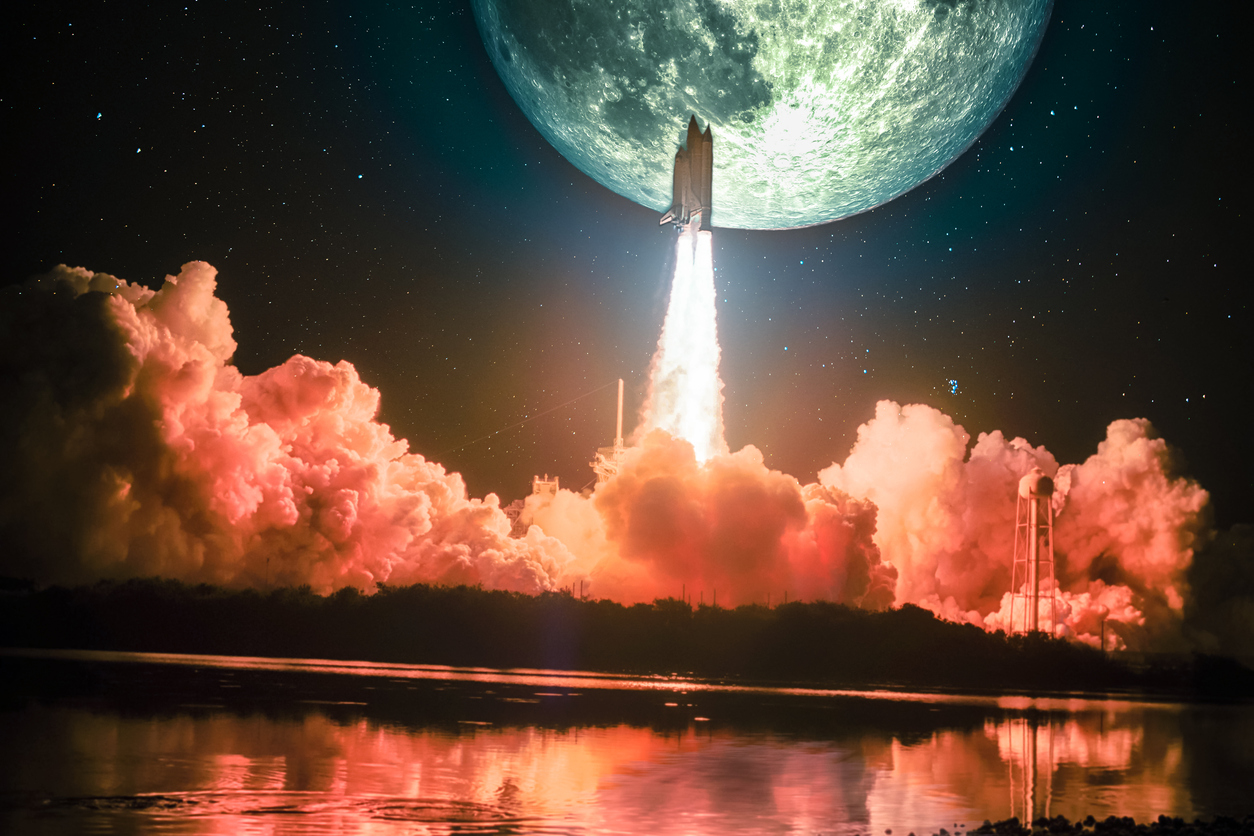