State also on pace to create most new jobs since 2006

Frankfort, KY — In fewer than five months, companies pledged nearly $5.8 billion in new-facility investments and expansion projects in Kentucky, eclipsing the state’s full-year record from 2015 of $5.1 billion, Gov. Matt Bevin announced during a news conference at the Capitol.

Those corporate investments also put Kentucky on pace this year to create the greatest number of new jobs in a decade. To date in 2017, more than 9,500 new jobs have been announced. And the numbers for both jobs and investment are increasing daily.

“We are delighted by the fact that here, not even yet to the end of May, we are already in excess of $5.8 billion in economic development investment,” said Gov. Bevin. “The net result is a sense of enthusiasm within the business community like never before about Kentucky. The world truly is watching the Commonwealth, and we’re just getting warmed up.”

Three billion-dollar-plus announcements spearhead this year’s economic development success. In January, Amazon announced it would locate its Prime Air hub at the Cincinnati/Northern Kentucky International Airport (CVG) in Hebron, a $1.49 billion investment that will create 2,700 jobs. Toyota Motor Manufacturing Kentucky in Georgetown, followed with plans to invest $1.33 billion for its Reborn project that secures its 8,200 jobs and overhauls the facility to increase manufacturing flexibility. Braidy Industries was the latest company to announce a billion-dollar enterprise with the announcement it will construct a $1.3 billion aluminum rolling mill in Greenup County in Eastern Kentucky, which will create 550 full-time jobs.

Terry Gill, secretary of the Kentucky Cabinet for Economic Development, noted the investments and jobs slated for smaller cities and rural counties can mean just as much.

“Dozens of other projects announced this year also propelled Kentucky to its all-time investment record. They form the fabric of job opportunities and economic stability that stretches across the state. In many senses, the 10 and 35 and 50-job projects are just as important as the billion-dollar investments,” Sec. Gill said.

“Achieving these results truly takes strong relationships between governments, businesses, educational institutions and non-profits. This success speaks to Kentucky’s tremendous network of city, county and regional developers, utility providers and higher education organizations. From rapid coordination across state agencies to establishing custom workforce programs that will train employees for years to come – the efforts by all partners make the case why businesses should think Kentucky.”

Among the 71 projects announced are 46 manufacturing-related and 25 in the service and technology sector. Top industries include, distribution and logistics, automotive, general manufacturing and primary metals production.

Breaking the trend of years past, new-location announcements outpaced existing-business expansions in dollar amounts. Through 2017 to date, $3.4 billion in new facilities have been announced as well as more than $2.3 billion in expansion projects at existing locations.

Through today, 18 internationally owned companies have pledged nearly $1.8 billion in new investments, which are expected to create 2,160 jobs. By investment amount Japan, India and Germany rank as the state’s top international investors.

“I said prior to the start of the 2017 Session that our focus would be creating Kentucky jobs and improving the business climate in the Commonwealth,” President Stivers said. “With the help of my colleagues, especially House Speaker Hoover and Governor Bevin, we have successfully achieved our goals, and this announcement is proof that we have kept our promises.

“This is a momentous day for Kentucky and all its residents. We will see the effects of this record investment in the prosperity of communities across the Commonwealth, job opportunities for our residents and stronger local tax bases that support our law enforcement, emergency services, schools and infrastructure,” Speaker Hoover said.

“Success in economic development begins with having the right business climate. We will continue focusing on workforce training opportunities and measures that will continue to improve Kentucky’s economy and make our state an even more desirable location for businesses to invest, grow and succeed.”

Kentucky’s low costs of housing, innovative workforce-training and pipeline programs, and its ideal location within 600 miles of 60 percent of the U.S. population all make it a top choice for new business locations and expansions.

Twenty interstates and highways, major rail networks, barge traffic on the Ohio and Mississippi rivers, six commercial airports and dozens of regional airports all serve Kentucky businesses. As well, electricity costs for industrial use are nearly 20 percent lower than the national average.

The Commonwealth’s geographic advantage as a gateway between the Midwest and South, make it an ideal location for engineering and manufacturing operations including steel and aluminum-related operations. A strong automotive, appliance and aerospace presence –including factory systems designers and integrators – provide new and expanding businesses with ready sources of raw materials, finished components, expertise and customers.

Other core and high-growth sectors include food and beverage production – which encompasses the bourbon and spirits industry – technology, healthcare research and development and chemicals and rubber production.

For a complete list of the corporate-investment projects announced this year, visit bit.ly/2017NewInvestments.

Information on Kentucky’s economic development efforts and programs is available at ThinkKentucky.com. 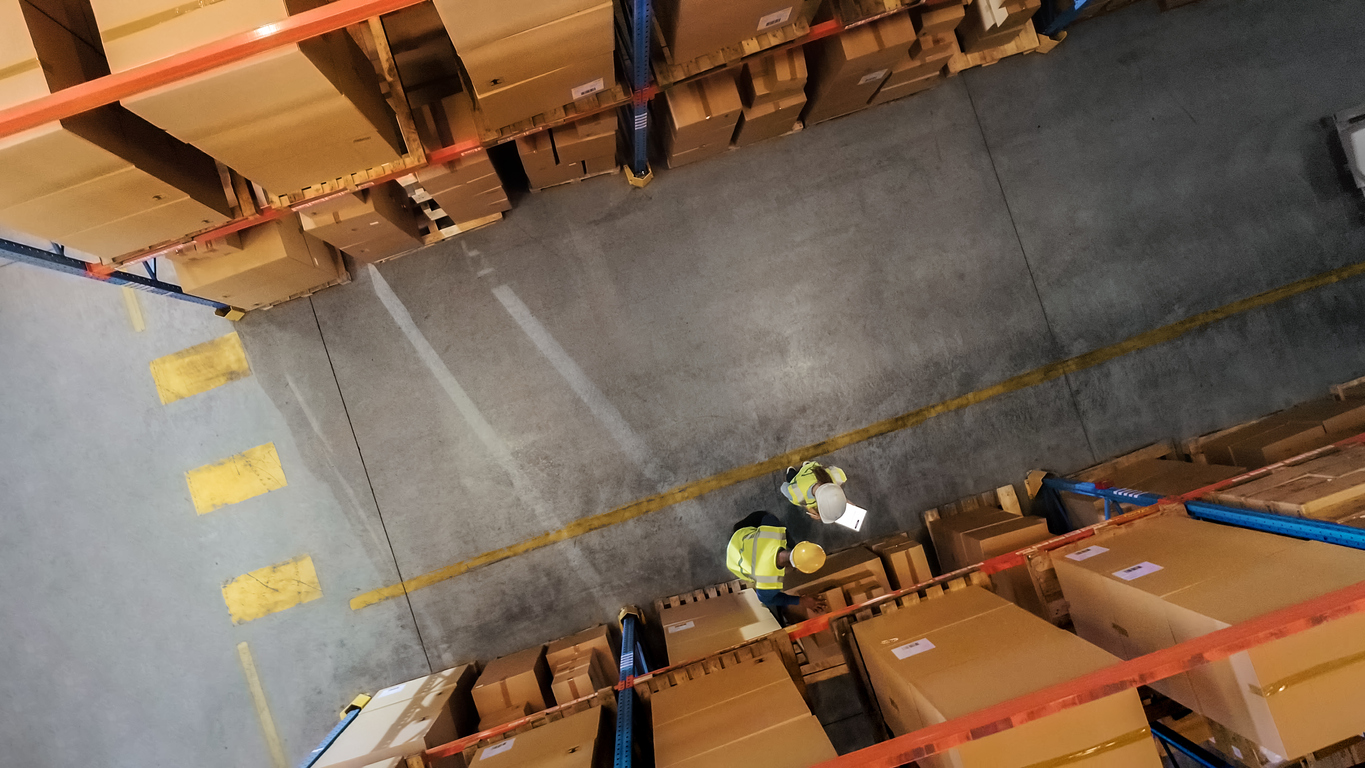 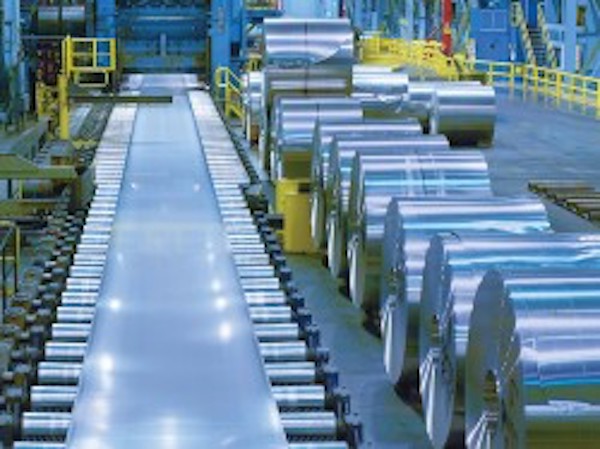 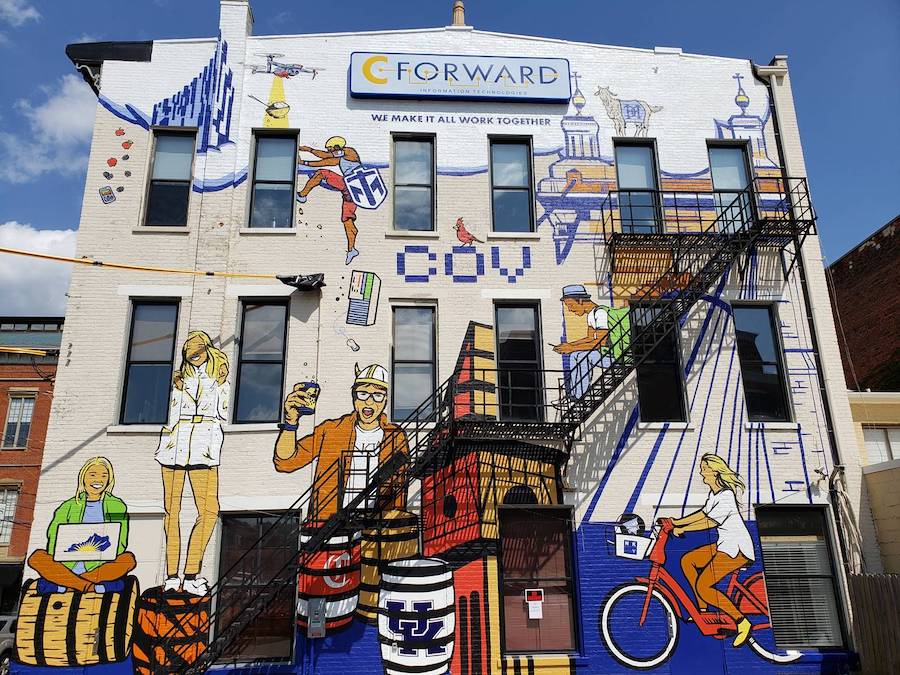 August 26, 2021
~ Renovation and expansion will include state-of-the-art technology and amenities ~ Covington, KY — C-Forward, a managed services provider of IT...