The Ardmore Development Authority (ADA), OG&E, the Oklahoma Department of Commerce, and First Mode are pleased to announce that leading Australian energy producer Woodside has announced plans to expand its portfolio of hydrogen production opportunities to the US, securing land in Ardmore, Oklahoma for future development of a modular hydrogen facility and entering a memorandum of understanding (MOU) with Hyzon Motors.

Woodside has secured a lease and option to purchase 94 acres of land in Ardmore from the Ardmore Development Authority for the development of the proposed H2OK project. H2OK is a green hydrogen production facility. Green hydrogen is associated with the use of renewable energy and water using electrolyzing technologies to produce hydrogen.

Woodside has completed preliminary design of the modular, scalable production facility and is evaluating tenders to enable commencement of front-end engineering design before the end of this year. The project is targeting a final investment decision in the second half of 2022, and first liquid hydrogen production in 2025.

Subject to approvals and customer demand, the H2OK concept involves construction of an initial 290-megawatt (MW) facility, which will use electrolysis to produce up to 90 tons per day (tpd) of liquid hydrogen for the heavy transport sector. The location offers the capacity for expansion up to 550 MW and 180 tpd.

The project in Ardmore has been under development for the past 12 months and involved extensive conversations with the ADA, OG&E, local and state authorities. As a pioneer in energy production throughout the years, this is an early success in the efforts identified in the OK H2 Task Force Report issued in November. The idea that H2 produced from renewable resources could also be stored and later converted to electricity, enabling the low cost and carbon free energy produced from wind and solar resources to become dispatchable is a concept that now is proven to have merit in Oklahoma.

“We are excited to welcome H2OK to Ardmore and look forward to working closely with Woodside Energy to develop and grow this project to its full potential” states Mita Bates, President and CEO of the Ardmore Development Authority. “The collaboration between all parties moved this from concept to reality in less than one year, with production anticipated by 2025 is an amazing feat. From the early oil discoveries and petroleum refining to the creation of a vibrant wind sector, the evolution to sustainable energy creates additional opportunities for Southern Oklahoma and the entire state.”

OG&E is recognized as forward thinking in the area of renewable energy and with the energy component critical in determining the best partners for the project, they were able to provide the necessary support for this project. “Partnering with Ardmore Development Authority and the Oklahoma Department of Commerce to bring H2OK and Woodside Energy to Ardmore is an example of Oklahoma’s forward-thinking to develop the US hydrogen market,” said Sean Trauschke, Chairman, President and CEO of OGE Energy Corp. “OG&E’s history in pioneering diverse power generation including renewables like wind and solar in our region make this partnership a win for our company, Woodside, Ardmore and the state. This announcement highlights our company’s ability to serve energy and capital-intensive projects while maintaining focus on reliability, resiliency and affordable electric rates, all of which played important roles in attracting this project to the state and the OG&E service area.”

According to Kenneth E. Wagner, Oklahoma Secretary of Energy & Environment, “The Woodside Hydrogen Project demonstrates Oklahoma’s continuous leadership as energy pioneers with the state’s constant search and devotion to new technologies and the development of new energy production like hydrogen, which lowers carbon emissions and makes the world a better place. Oklahoma’s formula for success is leveraging the state’s strong natural resources and human capital to create a diverse mix of fuel sources that work together to create the cleanest and most affordable energy in the United States. We are thrilled that Woodside has chosen to invest and partner with the State of Oklahoma on this important Project.”

Oklahoma Secretary of Commerce and Workforce Development Scott Mueller also lauded the project. “This announcement is a big step in growing the hydrogen and renewable energy economy in Oklahoma. Our ‘all of the above’ energy recruitment strategy continues to bring high quality jobs and investment to Oklahoma and is particularly impactful in rural areas. Renewable sources make up nearly 40% of our total electricity generated, making us number three in the nation for renewable energy. Partnerships with companies like Woodside keep us on the path to number one. We are grateful for their investment in Oklahoma and our workforce. And with the focus on developing our hydrogen economy demonstrated by the hard work of the Hydrogen Task Force I am confident we will see more announcements like this in the near-term.”

Woodside is also taking a proactive role in developing the US and Australian hydrogen markets, entering an MOU with Hyzon Motors as a New York-based supplier of zero-emissions hydrogen fuel cell-powered commercial and heavy transport vehicles. Woodside and Hyzon intend to explore opportunities to work together on demand stimulation, supply and infrastructure solutions, and coordinated advocacy.

Woodside CEO Meg O’Neill said H2OK and collaborative arrangements like the Hyzon MOU are part of the company’s strategy to deliver new energy projects that are cost-competitive and scalable to meet customer demand, noting the significant potential for growth in the US hydrogen market.

“With H2OK we will be bringing Woodside’s extensive liquefaction experience from LNG to deliver large-scale hydrogen production.

H2OK would be located in a highly prospective part of the US market, close to national highways and the supply chain infrastructure of major companies that have signaled their interest in securing reliable, affordable and lower carbon energy.” 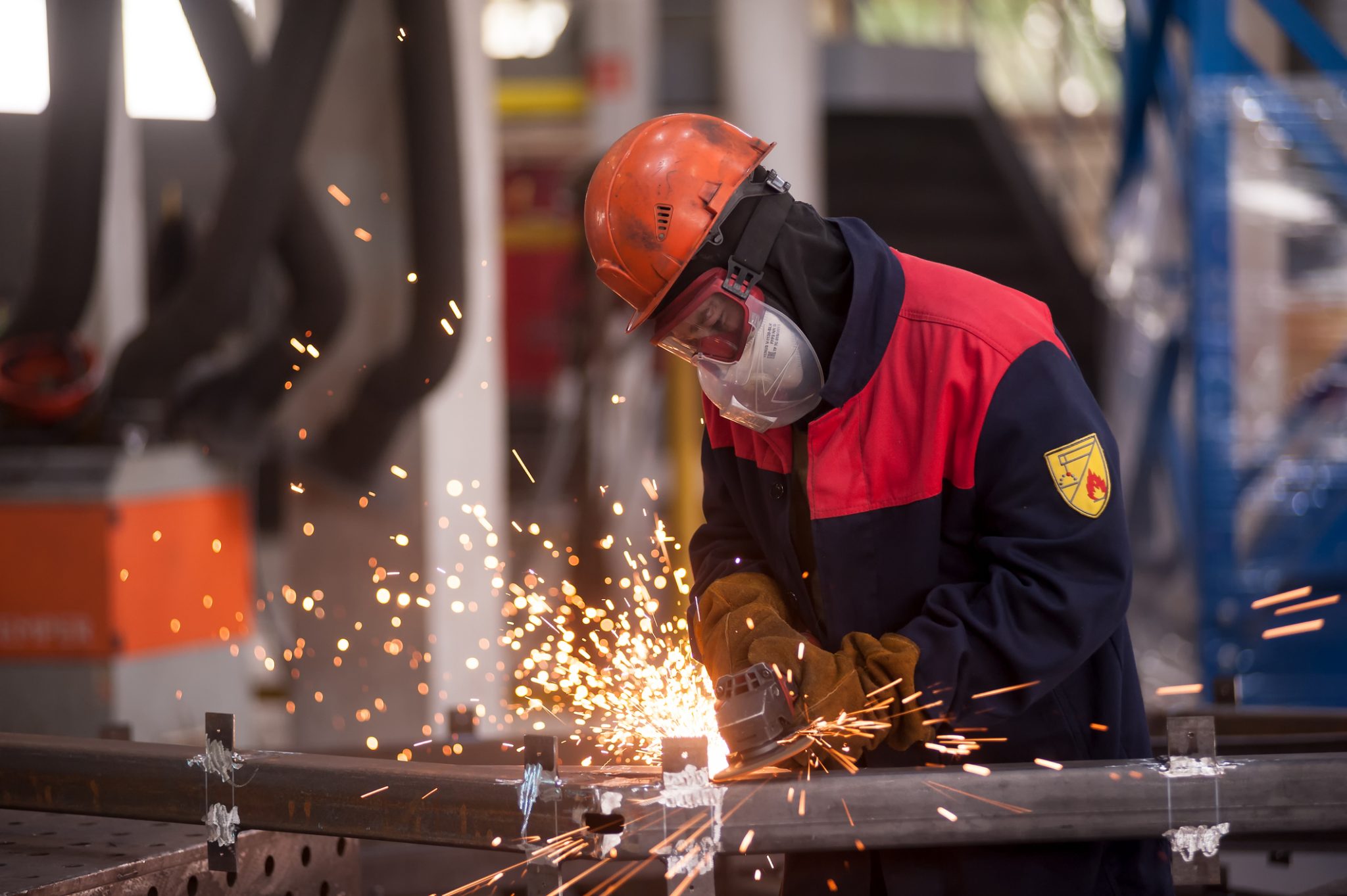 November 1, 2022
Officials from The Toro Company recently announced the company will be expanding its Perry, Okla., manufacturing facility, home to Ditch Witch and oth... 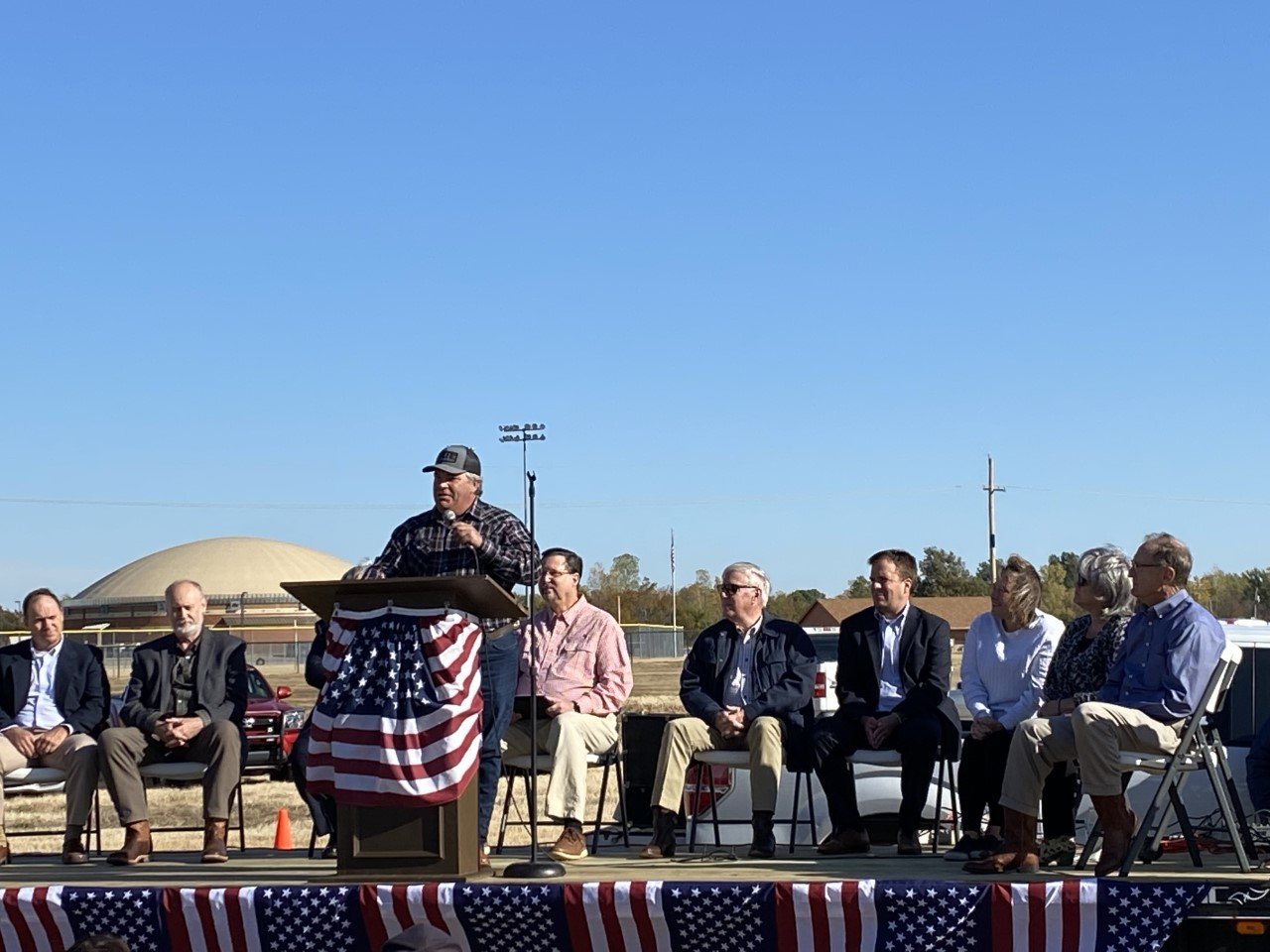 October 27, 2022
The Okmulgee Area Development Corporation celebrated the groundbreaking for a new business industrial park. The development of the site is supported b... 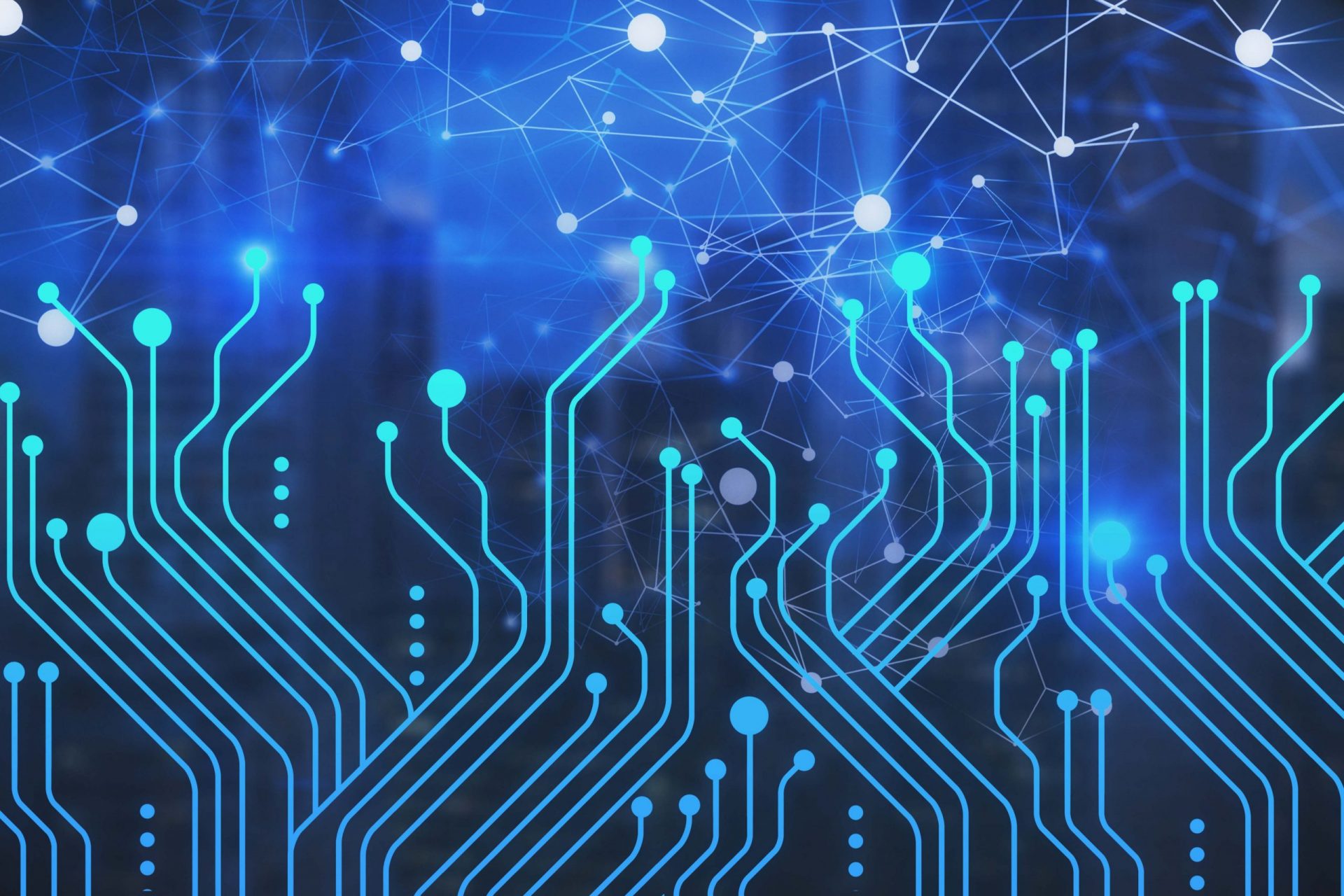 September 30, 2022
Provalus announces the opening of its fourth technology innovation center in Tahlequah, Okla. As the solutions & managed services brand of Optomi ... 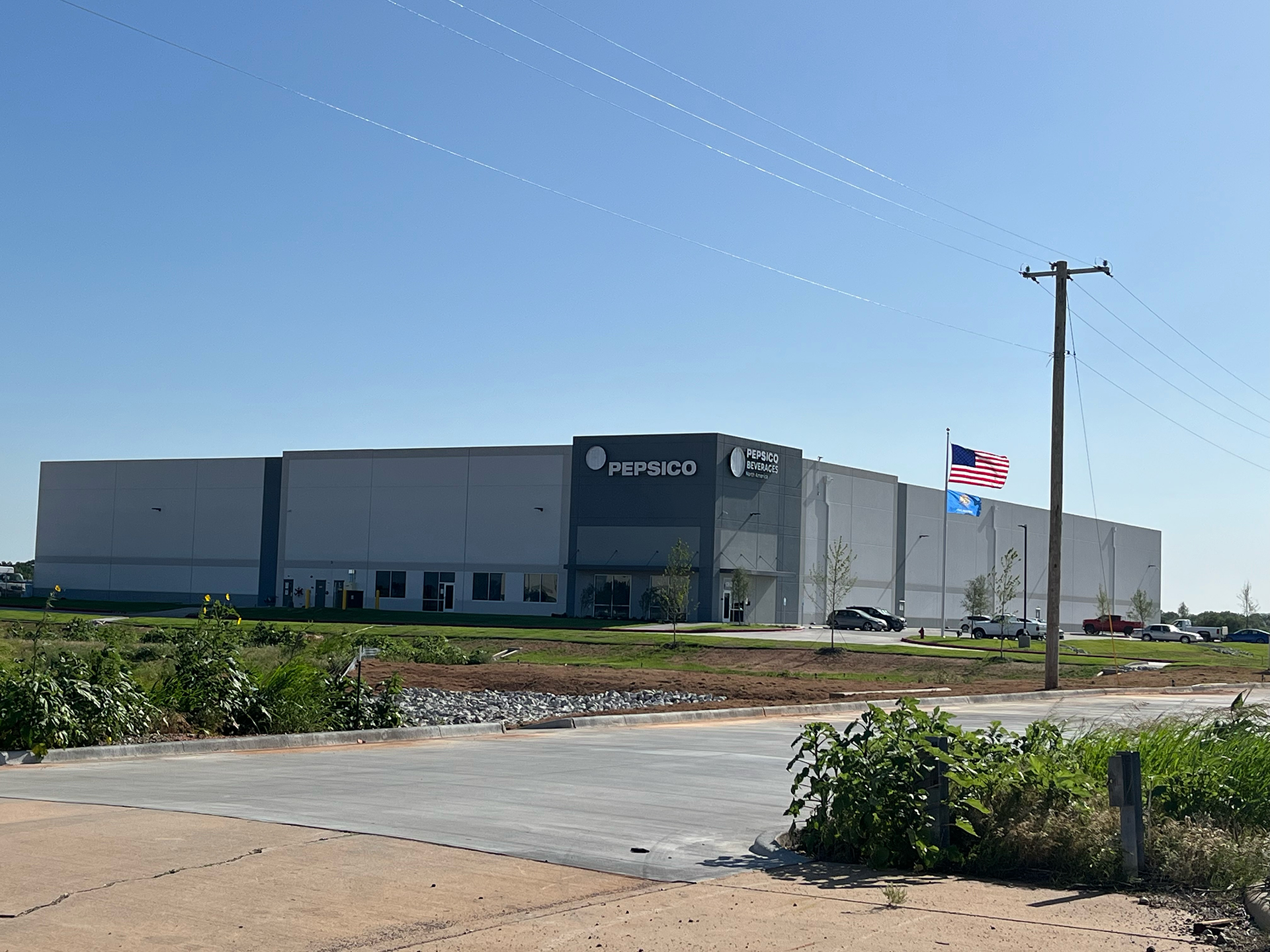 June 14, 2022
After many months of watching progress on construction at the Lawton Airport Industrial Park, signage recently revealed it will include a new distribu...