Reports indicate up to 40 percent of food grown, processed and transported in the United States is never consumed, yet one in eight Americans suffers from food insecurity. The average four-person family loses $1,500 a year on food they purchase but discard or don’t eat, often due to forgetfulness or fear of spoilage.

In manufacturing and packaging, food waste costs corporations an estimated $2 billion each year – and about $15 billion for farmers – while dumping an estimated 52 million tons in landfills.

The impact of food waste is social, environmental and economic – children and elderly are going hungry, natural resources are being squandered and ever-rising costs of food affect both businesses and consumers.

However, several Arkansas food and beverage industry leaders are taking steps to eradicate food waste, from changing policies and logistics, to rethinking how to use previously discarded foodstuff.

Tyson Foods launched “¡Yappah!” this summer, bite-sized protein crisps made from upcycled chicken breast, rescued carrots and celery puree from juicing or malted barley from beer brewing. Founded in Springdale, the world leader in poultry and beef is dedicated to seeking new ways to make more and better food while helping to build a more sustainable food system.

Rizal Hamdallah, head of Tyson Innovation Lab said, “The ¡Yappah! brand mission is unique, important and far-reaching. It was created to inspire people and partners to rethink their relationship to food and how it impacts society. Through this launch, we intend to address global food challenges such as food waste.”

Bentonville-based Walmart has introduced Eden technology that focuses on tracking the freshness of produce as it travels from farm to wholesaler, to retailer to table. Sensors measure and report temperature, moisture, and metabolite data, which is then converted to carton-level freshness and shelf life assessment using FDA standards, among other data.

For example, bananas travel from seven Latin American countries to some 4,000 Walmart grocery stores in the United States. When placed in a container truck, the sensor system would determine if a shipment of fruit should be rerouted to a closer store to optimize freshness for consumers.

Walmart seeks to eliminate $2 billion in waste over the next five years and has already prevented $86 million in waste by using Eden in 43 of its distribution centers.

ConAgra Brands – which makes Bertolli and P.F. Chang’s frozen meals in Russellville – has been leading food waste reduction efforts for nearly a decade and achieved an 81.7 percent landfill diversion rate in 2017 corporate-wide.

“Waste reduction is critically important to our company,” said Gail Tavill, ConAgra Brands vice president for sustainable development, “and we are dedicated to making improvements throughout our operations as part of our zero-waste strategy.”

Its strategy focuses on strategically reducing the amount of waste generated in our facilities and avoiding the need to transport valuable materials for discard in landfills.

“By characterizing materials that don’t make it into finished goods as ‘by-products’ instead of ‘waste,’ we create a culture that allows a shift in thinking, away from disposal and towards value creation,” Tavill said. “Many by-products of food preparation are highly valued as animal feed, source material for recycling, energy recovery or composting, or sometimes even suitable for donation to feed people when safe and properly handled.”

Multi-stakeholder nonprofit ReFED takes a data-driven approach to revolutionize how the industry looks at food waste, by identifying concrete opportunities to save money and resources, feed people and create jobs. That’s part of the mission of The Wallace Center at Winrock International, and why its director Jon Fisk sits on the ReFED advisory board, along with more than 50 other business, nonprofit, foundation and government leaders who inform the organization’s food waste reduction mission.

The Food Science Department at the University of Arkansas Dale Bumpers College of Agricultural, Food and Life Sciences offers three core concentrations in food science, food technology, and food and culinary sciences. The department boasts an 85 percent graduate school and employment placement rate, one of the highest graduation rates at the university. Program graduates are prepared for positions directly within the food and beverage industry, as well as medical, dental and pharmacy schools. The college offers 13 majors and 22 minors through nine departments and the School of Human Environmental Sciences. Between 2015 and 2020, the college estimates that there will be almost 58,000 job openings for graduates with degrees in food, agriculture and renewable natural resources and the environment, but only 35,000 graduates in those areas.

The Institute of Food Science and Engineering (IFSE) was established to better focus the research and extension expertise of the University of Arkansas Division of Agriculture on the issues and challenges faced by society and the food industry. The Institute is sponsored by the Arkansas Cooperative Extension Service, the Arkansas Agricultural Experiment Station, and the Dale Bumpers College of Agricultural, Food and Life Sciences.

The Arkansas Food Innovation Center, a part of the IFSE, helps local food entrepreneurs to develop, market and sell their food products. The center provides facilities, equipment and technical expertise, making launching a food startup an achievable goal for Arkansans. Their comprehensive program walks aspiring “foodpreneurs” through nine steps, from intake and test batches, to liability insurance and permitting.

Brightwater: A Center for the Study of Food is a division of NorthWest Arkansas Community College in Bentonville. It provides academic and career training in culinary nutrition, artisanal food, beverage management, and food entrepreneurship. A truly unique educational experience, Brightwater’s “teachings are based on an understanding of responsible agricultural methods and act as a transparent inquiry into responsible food production.” Special one-of-a-kind classes include applied farming, seasonal cooking, and the art of fermentation. Other courses focus on culinary nutrition, food waste reduction and food security with the goal “to develop leaders who combine culinary skills with the ability to recognize and address complex food issues.” The 27,500-square-foot facility was inspired by public markets such as the Mercato Centrale in Florence, Italy, with food retail shops, dining stalls, and trucks.

The success of the state’s food manufacturers in production is what has helped them lead the efforts in waste reduction. Available workforce is one reason for the industry’s success. Arkansas has almost 50,000 people employed in the food manufacturing industry and 14 percent working in the manufacturing industry. Tyson is the third-largest employer in the state, followed closely by Simmons Foods. Both companies, along with many smaller companies throughout the state, benefit through the state’s many agriculture and food science-related research facilities.

The bottom line when it comes to food waste reduction: Efficient, cost-effective companies are best positioned to deliver affordable products to consumers, grow, create jobs, and support their communities. Food waste management as practiced by several Arkansas food and manufacturing industry leaders is not only saving money and resources, it’s making a difference in the lives of our citizens and people around the globe.

Food and beverage companies wanting to locate new and expanding facilities will find everything they need in Arkansas. The state has a history in manufacturing dating back more than half a century when then-Governor Winthrop Rockefeller established the Arkansas Industrial Development Commission. Today, the focus is on advanced manufacturing. With low industrial electric costs, one of the nation’s lowest costs of doing business, and a central location in the midst of an intricate intermodal system of roads, rails, water, and air, Arkansas has many advantages for manufacturers wanting to produce and distribute products quickly and efficiently at the lowest possible costs. Learn more about Arkansas at www.arkansasedc.com.

Bio: Mike Preston was appointed executive director of the Arkansas Economic Development Commission in March 2015. Since that time, Preston and Gov. Asa Hutchinson have made business recruitment trips to Cuba, Japan, China, France, Germany, New York City and Silicon Valley. Those trade missions play an important role, as more than 380 national and international companies have signed agreements to locate or expand in Arkansas, resulting in 14,570 new jobs with competitive wages, and $8.068 billion in capital investments. 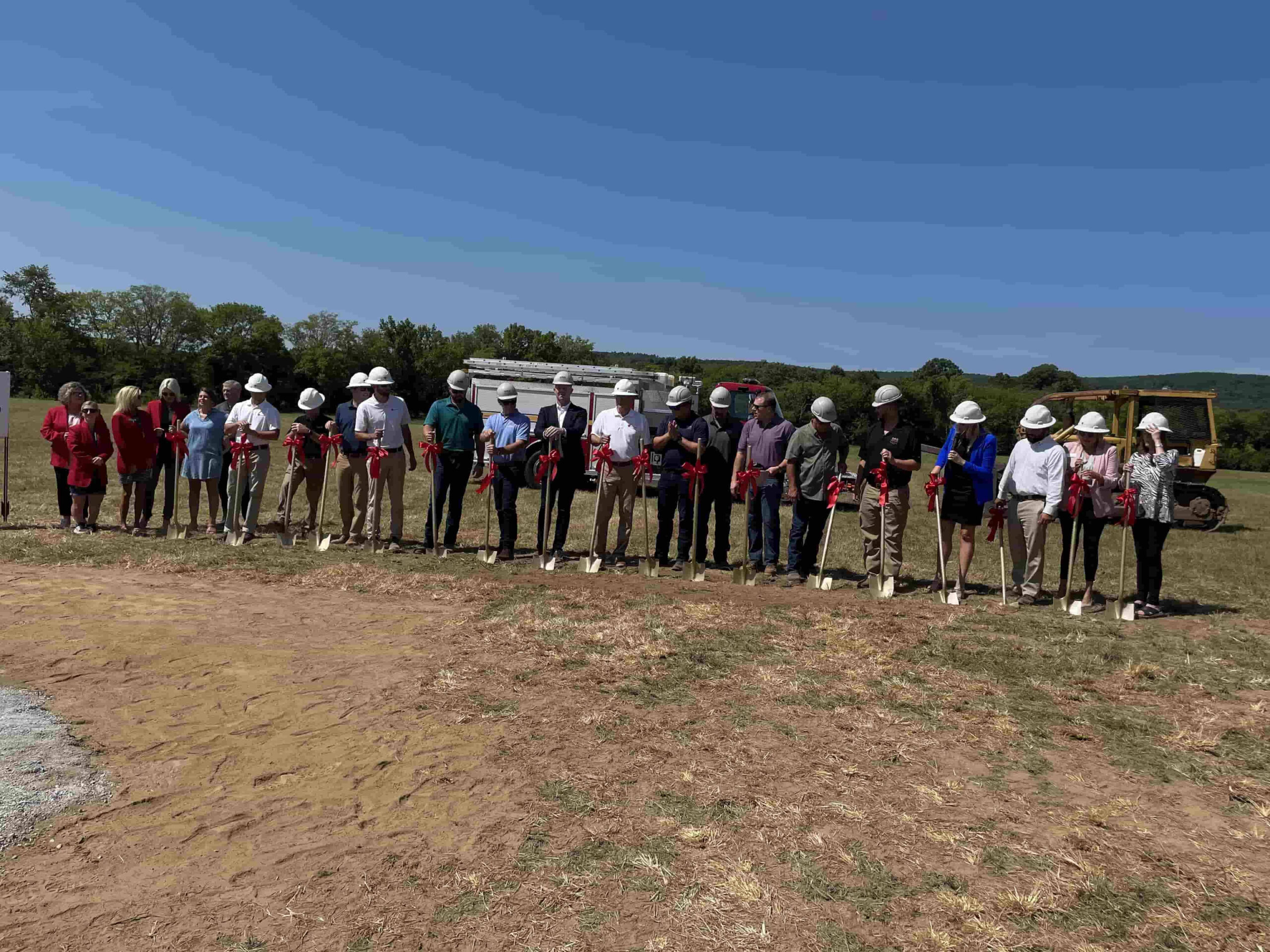 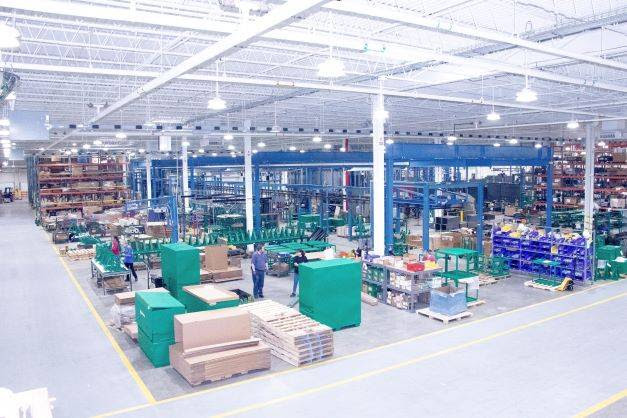 August 2, 2022
Emerson (NYSE: EMR) celebrated the official opening of its 277,000-square-foot manufacturing facility in Ash Flat, Arkansas. Emerson has made a $35 mi... 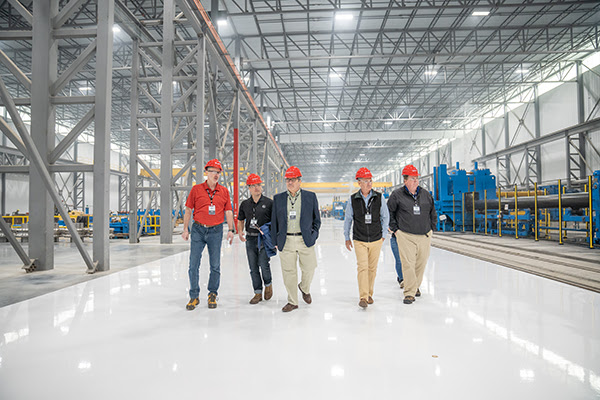 April 13, 2022
Bryce Corporation, a leader in the flexible packaging industry, will invest $80M to expand its operations in Searcy, Arkansas. This expansion is part ...